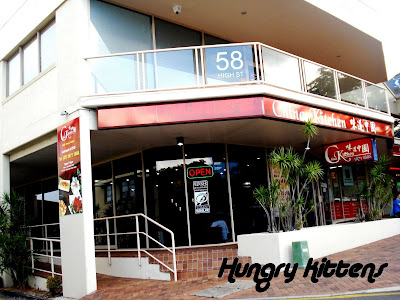 Back in the day when I used to go to Night in India in Toowong a fair bit, I kept tabs on The Bamboo Shoot next door to it. It was reputed in some circles to be a good Chinese restaurant but I harbored doubts. In any case, it closed down and China Kitchen was established in its place.

I had zero interest in China Kitchen to begin with but then the reviews started coming to me. Most of my friends who had been there said it was 'really good'. I also found out that China Kitchen specializes in Shechuan cuisine which is famous for its numbing spiciness. Being a fan of that style of dish, I decided I was keen after all.

China Kitchen advertises regularly with the popular Chinese newspapers circulating Brisbane. I nagged my parents for a while, suggesting that we should go there. Being the spice-phobics that they are, this took a lot of convincing. 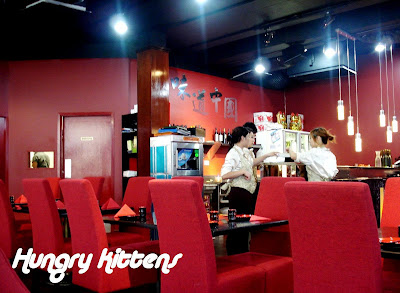 Finally, last Saturday, we were open to dining out somewhere new so off we headed to Toowong. China Kitchen is a relatively small restaurant but it has lovely, modern Chinese fittings. We sat near the windows where the tables are accompanied by low couches. My parents had differing opinions about the practicality of this design. My dad was a huge fan of the couches but mum thought they weren't very comfortable to eat from. 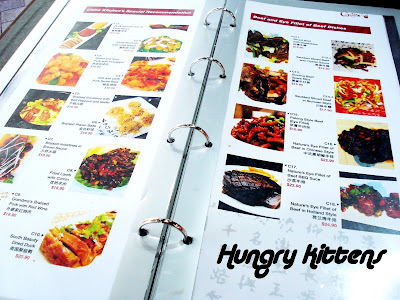 The menu has a selection of various traditional Chinese, fusion Chinese and Shechuan specials. There's also a page with extremely cheap dishes but the catch is that you're limited to ordering one of those per bill.

We chose a bunch of Shechuan dishes and a serving of fried rice to share. Dad was disappointed because one thing he wanted was unavailable so he had to re-select. 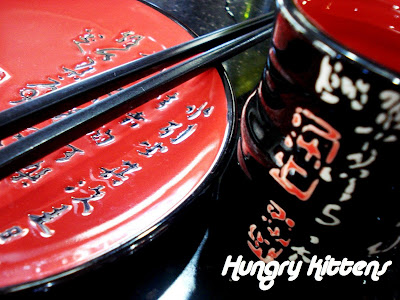 I noticed that whilst the serving wear was quite stylish, we had plates rather than bowls to eat from. Also, rather than hot tea, China Kitchen serves ice water by default. These seem like Westernised features but I will admit that when the spicy food came, I was relieved to have the cold water. 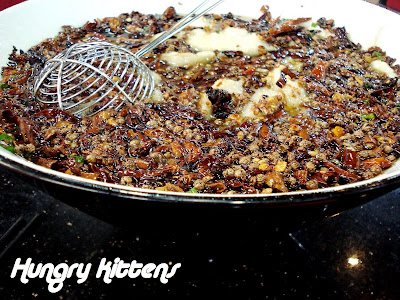 The spicy fish came first. It was an impressive sight to behold - a huge bubbling vat of spicy oil, fish and bean sprouts. You fish out the fish (lol) with the little net ladle and enjoy. 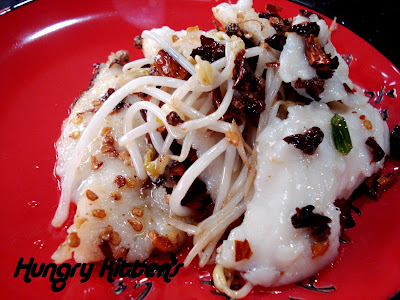 The fish once ladled into a plate

The flavor was excellent: spicy, numbing and everything I expected. The fish was tender and delicate. 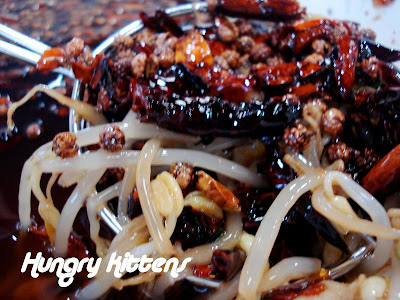 Gives you an idea of the degree of chili/spiciness

The only problem is that after examining the fluid in the pot, I conclude that it isn't stock but is pure oil. Scary? I was scared and deterred. Nice food isn't worth a faceful of pimples the next day. 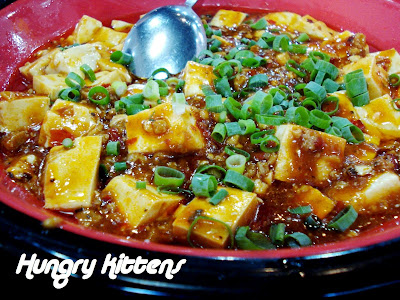 Our choice from the bargain page was the mapo tofu. It wasn't as spicy as the fish and had a lovely, complex flavor enhanced with the usual bean paste flavor. Mapo tofu goes really well with rice. 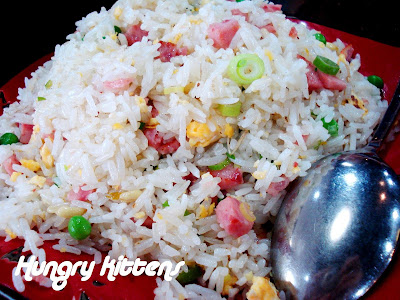 Speaking of rice, my parents lunged at the rice because it was the only non-spicy dish. Whilst they were wheezing and heaving and sweating over the chili and Shechuan peppercorns, they were praising the lord at having ordered rice to neutralize the palate. Having said that, the consensus was that the fried race was over-priced. It tasted alright but the serving was quite small and the ingredients weren't standout (spam anyone?) 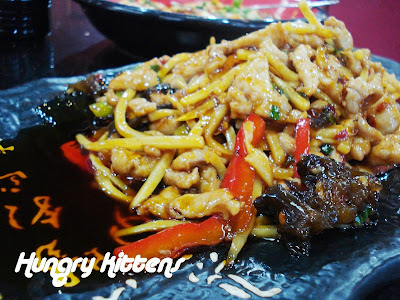 The 5-spice pork strips were really yummy. I would love this wrapped in Peking duck wraps, which is another traditional way of eating it. By this stage I was pretty full so I didn't gorge but the flavor was good. 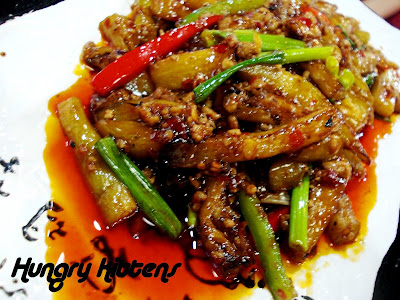 The final dish to arrive was actually my pick: the spicy eggplant. I used to LOVE this style of eggplant dish when I was younger but since then, I have found other awesome things to be obsessed about. This basically single-handedly rekindled my love for spicy eggplant. We were all full by now and had takeaway containers to pack. My parents let me have first pick and I went straight for the eggplant. The texture is great - not too soft and decomposed but not any bit hard or rubbery either. Great flavors. Mum reckoned that all Shechuan flavors are basically the same but I thought there were significant differences between what we ordered despite the fact that they were all red in appearance and carried varied levels of spiciness.

I really enjoyed the food at China Kitchen. The dishes are on the pricey side, especially when compared to restaurants around Sunnybank. The good thing is that we had quite a bit of food to take home and that works out economically for a household that doesn't like cooking on weekdays. I thought the flavors were great and the serving sizes weren't disappointingly small. Negatives include the fact that plain rice is charged extra by the bowl and more importantly, everything we ordered was covered in spicy oil.

In moderation, that might be alright but I definitely can't stomach that much oil on a regular basis. Perhaps this is because we only ordered the Shechuan dishes. Hopefully their other offerings are a bit more heart-friendly.
Labels: Asian Restaurants, Casual Dining, Dining Out, Favorite Restaurants, Western Suburbs