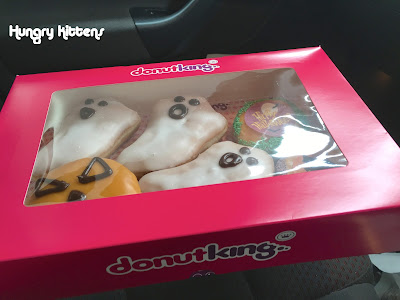 It's that time of the year again! Growing up in Australia I was never big on Halloween but somehow this year, I'm really getting into the spooky festivities. We're even having a costume party on the Saturday so there's been a lot of thought and planning into decorations, outfits and a themed menu. 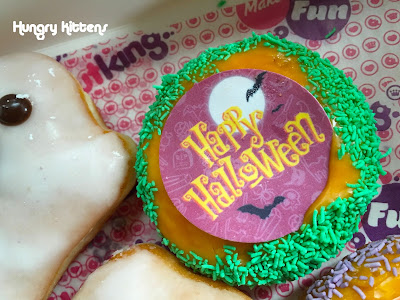 Coming up with scary Halloween-suitable foods is hard. If you look online there's a million adorable and perfect ideas that other people have created but try to do it yourself and it's likely that lots of ingredients, time and money later, you end up with a bit of a mess.

Brunch at The Duck's Nuts, Bundall 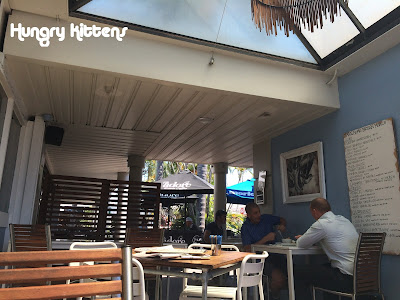 A couple of weeks ago, Marc and I found the perfect opportunity to head down to the Gold Coast. It was mixing business with pleasure but since the 'business' part was all to do with him, I went there purely to have a good time. My day started with breakfast at The Duck's Nuts, a cafe a friend recommended. After half an hour of coffee leisure time, Marc joined and ordered lunch. I'm averaging out our meals to be 'brunch'. 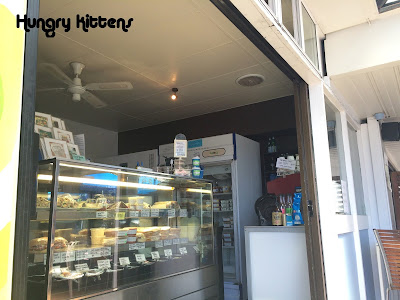 I haven't had much prior experience with Bundall. Geographically it's somewhere between Surfer's Paradise and Broadbeach but slightly more inland. The Duck's Nuts is located along the Bundall Road edge of Sorrento Shopping Village. It's small so you need to be looking for it. I quite liked the courtyard seating especially the tables that backed onto the street. 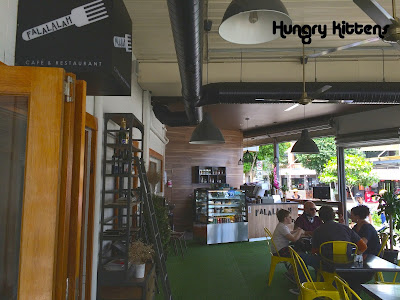 I was devastated, absolutely devastated when I saw Hong Depot being torn down. It was something of a West End icon to me and even before I became a local, I enjoyed delicious and filling Korean BBQ feasts at this corner establishment. Admittedly more recent trips have been less optimal (I count one case of severe food poisoning and many cases of overspending), I always have fond memories of the owner Alex Hong and when you put face to business, it's always a sad thing to see a venture go down. 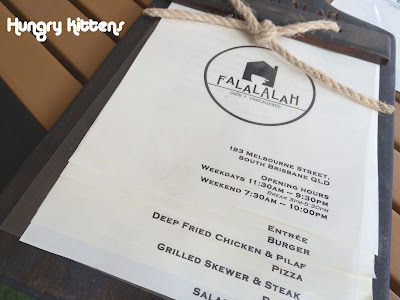 Just before we left on our honeymoon, I spotted new signage being set up at the site of Hong Depot. It appeared to be predominantly staffed by Koreans so I entertained the idea that Mr Hong hadn't gone bust but instead had decided to reinvent himself and his restaurant. Of course that's quite a narrow-minded assumption because there do exist more than one Korean restauranteur in Brisbane and according to a friend of mine, this new establishment is run by someone else. 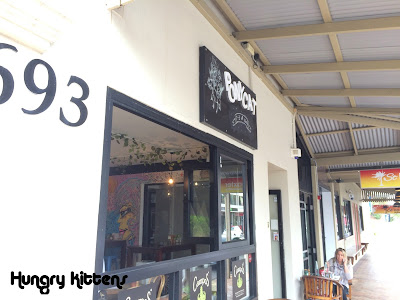 I hit the ground running at work after our holidays finished and it was work, work, work for the first fortnight or so. Gradually things eased off a bit and I had myself some free days to rest and explore. On one of these occasions, I headed to New Farm for brunch. A long, long time ago (I'm talking years) I had tried to visit Ponycat with a friend but it was full and we didn't want to wait. That was on a weekend and we all know how competitive inner-city cafes can be for weekend brunch. 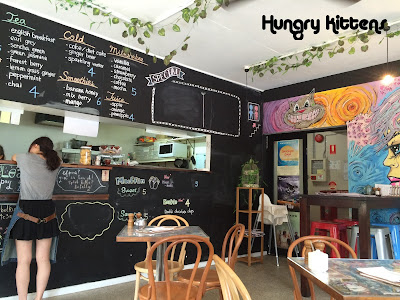 This time, I was there on a weekday and there wasn't any trouble getting a table at all. The cafe is small but I noticed a lot of the patrons ordering takeaway. I requested a soy latte upon seating and then started to peruse the menu.

On the Silk Road (possibly) in Robertson Village 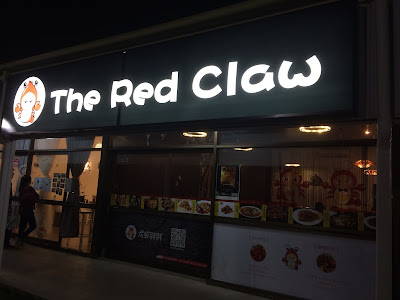 The heading of this post sounds appropriately confused because I genuinely don't know what the restaurant is called. Zomato has a listing for it as 'On the Silk Road', which is still displayed on the exterior of the restaurant but there's also a huge sign claiming 'The Red Claw'. That, plus numerous cartoon crayfish painted on the walls inside make me think there's a shift in restaurant specialty and namesake that hasn't been 100% completed. 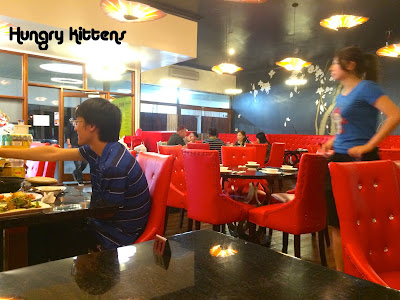 Whatever the case, I hate having unblogged experiences so right or wrong I'm going to cover our dinner here. Marc and I underwent the most hectic couple of months in our lives. As well as getting married and honeymooning (considered the 'good part') we rented out our unit, were rendered temporarily homeless and had to find a new place to live quick stat. Moving house is probably the worst thing I could ever wish upon anyone, especially when the place they're moving into is just a so so temporary abode with no new house appeal that would otherwise be the light at the end of the tunnel. Even worst is when you have no time off work, have all your belongings and furniture stored away in sealed boxes across 2 different locations and happen to be a hoarder of useless crap. I felt like the move was never going to end. Thankfully we did it and are now somewhat settled in to our new residence in the Western suburbs of Brisbane.

The Rare Pear for Brunch

No comments:
The Rare Pear
http://therarepear.com.au/ 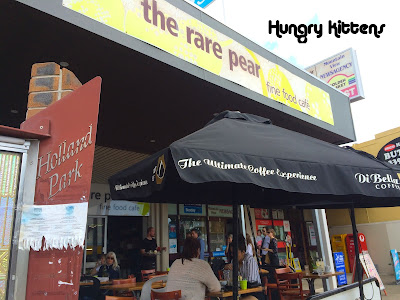 As much as I loved eating local specialties throughout China, by the end of our trip I was desperately craving "western food". Almost as soon as we landed, I scheduled a brunch outing with Jenny. 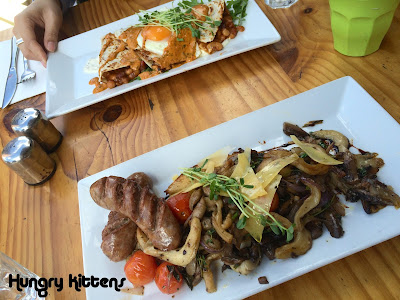 Made in China Restaurant at Beijing Grand Hyatt

No comments:
Made in China Restaurant
http://beijing.grand.hyatt.com/en/hotel/dining/MadeinChina.html 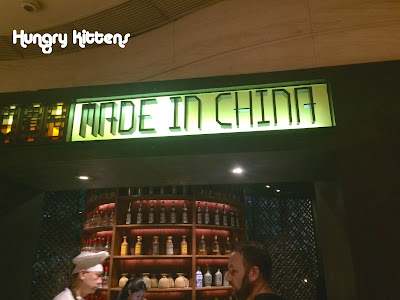 I have often considered Peking duck to be my death row meal (it changes at times but usually bounces back to this) but I am picky. In Australia, even a half arsed Peking duck gets my mouth watering because any roast duck is better than no roast duck. In China, I've tasted a spectrum between "awesomely authentic" and "wannabe" and the difference is huge. Knowing how good it can potentially be, I feel like it's a huge missed opportunity to get anything less than perfection when ordering roast duck in China. 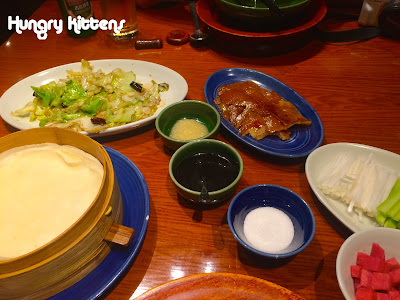 Needless to say, in Beijing the expectations were even higher. As a food blogger, it often surprises people to hear that when I go traveling, I don't research restaurants I want to try. The reason is that as much as I love food, the stress of finding addresses in unfamiliar cities and having to get there by a certain time is just not worth the trouble for me. I also think great overseas food experiences can be had by simply trying their street food or casual eateries. 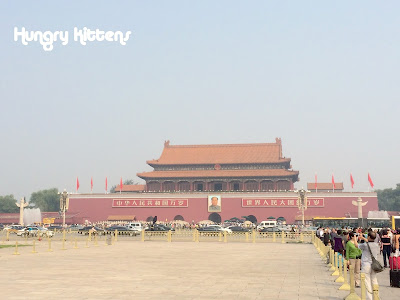 I felt almost ashamed to be a Chinese born who visited China almost every year but had never been to Beijing or seen the Great Wall. This was all amended at this holiday and it was well worth the wait. 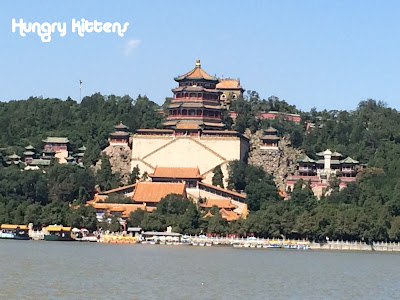 We were driven to a section of the Great Wall that was about 2hrs from Beijing. As a result, it wasn't too crowded and we had a great time exploring. I did not expect the Great Wall to be so hilly but it was. What a work out! 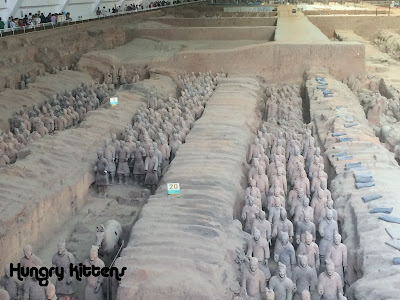 I wasn't really looking forward to our stay in Xi'An because at other parts of our trip I found all the historical and cultural sites to be the most boring. Generally when I'm traveling I'm most enamored with natural sites. My attention span is too finicky for learning new things. 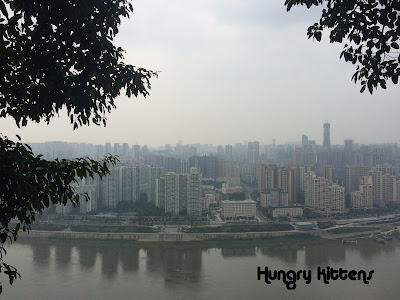 Even though we didn't directly enter Sichuan Province, we had more than a small taste of Sichuan cuisine. It's a very popular style of food within China and globally and as fans of spicy flavours, Marc and I found ourselves gravitating towards Sichuan restaurants quite often. 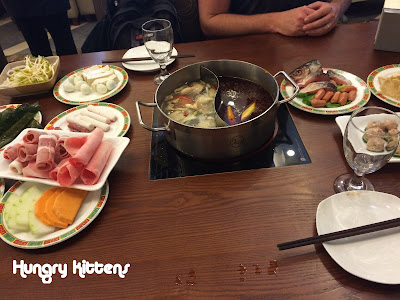 Tibet and China 5 - Guilin and Yangshuo

No comments:
Guilin and Yangshuo 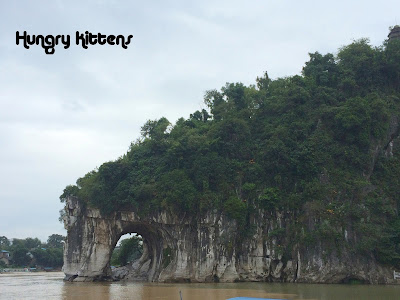 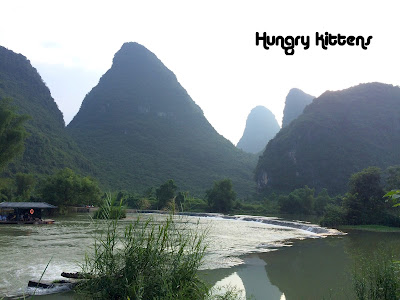 The scenery along the Li River and what we were immersed in bike riding around Yangshuo was nothing short of breathtaking. Everywhere we looked was right out of a Chinese painting. 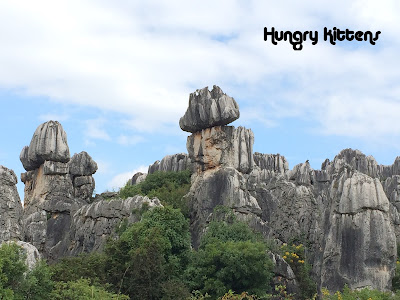 Our last stop in Yunnan Province was its capital, Kunming. This city is a giant melting pot of various ethnic minorities and mainstream Chinese culture. Our stay in Kunming was short but I really enjoyed it. 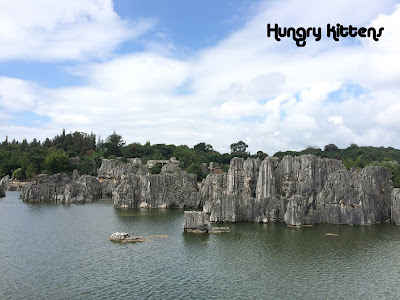 The main site we visited was the stone forest. This all-natural spread of rock formations was unreal. We climbed to a high vantage point and spotted artsy rock shards as far as the eye could see. It was like being dropped into a life sized bonsai-style mountain range. 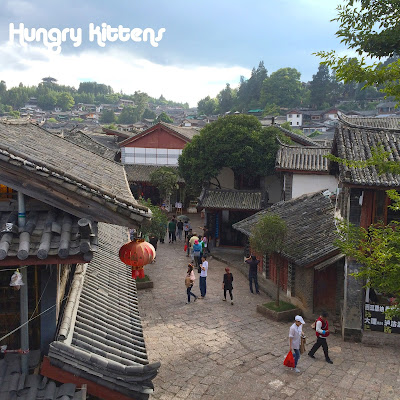 Our next stop in the Yunnan Province ended up being one of my favourite throughout our entire holiday. My ideal kind of holiday location involves stunning natural scenery, sunshine and delicious food. Lijiang ticked all of the above. 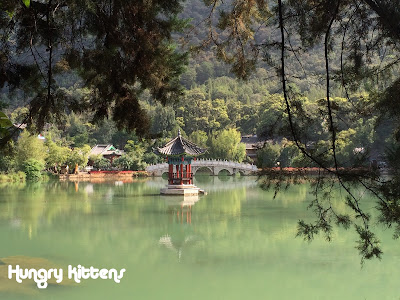 Lijiang in Chinese means "beautiful river" and refers to the Yangtze River which runs through it. Aside from sites like the Tiger Leaping Gorge (we saw it from the Shangrila side, not the Lijiang side) and the first bend of the Yangtze River, Lijiang has some amazing mountains and lakes.