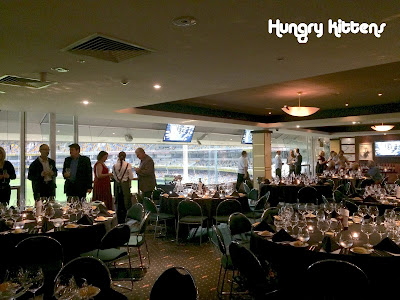 The amazing thing about living in Brisbane is that as relaxed and easy-going as the city appears to be, I can't even begin to exhaust the list of things to do and places to try. One might expect that for a big city like New York, Shanghai or even Sydney and Melbourne but Brisbane has a reputation of having less going on, which I think is unfair and has been gradually been adjusted in recent years.

Last Friday night, Marc and I were invited to a wine and food event at the Queensland Cricketers' Club. For others who don't know, this is located at The Gabba stadium in East Brisbane. It is on the 3rd floor, approachable from Vulture Street, opposite The German Club. When I went to highschool, mum drove me past The Gabba literally every weekday. Now that I live in West End, I still drive past it often. Never did I realize there would be so much more to it than a sporting ground. 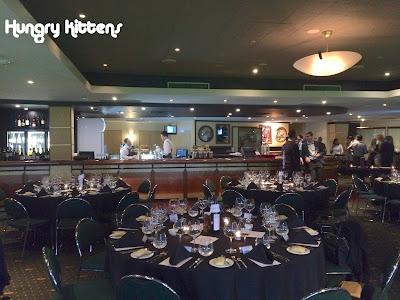 We arrived after the event officially kicked off (parking difficulties) and entered the venue a bit confused and dazed. I hailed down a staff member and she indicated to us that the large dining space with hoards of people gathered was where we were supposed to be. Most guests had already arrived and were merrily sipping on beverages and munching on canapes.

The Manhattan Line for Lunch

No comments:
The Manhattan Line
http://www.themanhattanline.com.au/ 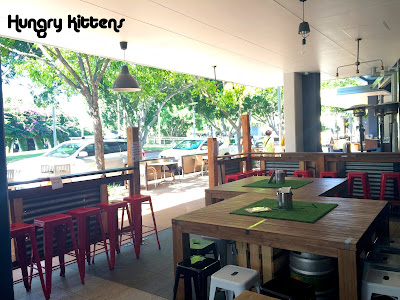 One of my recent "discoveries" that is so obvious, it shouldn't actually be a discovery, is that I live walking distance from South Bank Parklands. Granted it is a lengthy walk, but it's very much doable and in the current weather situation (cool and sunny), it is a downright pleasant experience. 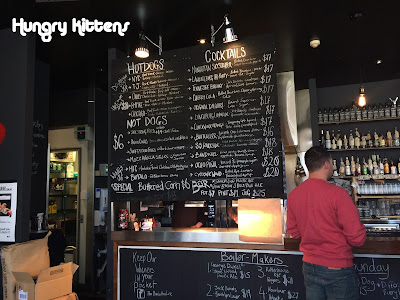 The route I take is entirely pedestrian friendly and it follows the Brisbane River so there are some decent views too. A couple of weeks ago I made the journey, stopping by at the GOMA for a spot of culture, and ending up at South Bank Parklands. I was starving by that point and wanted to reward myself so I scoured around for a good food venue and spotted The Manhattan Line. 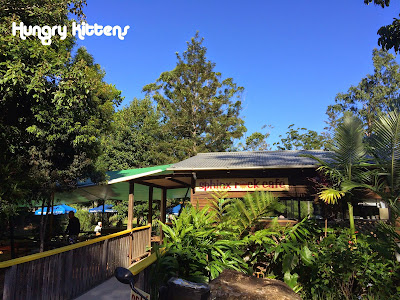 Marc and I are just about the laziest people in the world but luckily, we have some positive external influences in the form of friends who are more active than we. Jenny suggested that we not only climb Mount Warning (which in itself is formidable for someone as unfit as I am) but that we do the 3am climb to get there in time for sunrise. 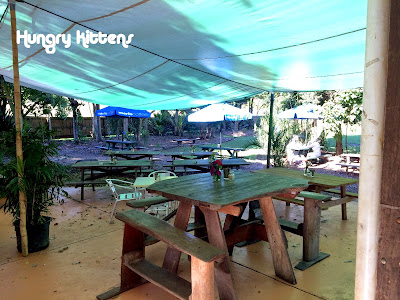 It was one of those ideas that I cursed all the way up the mountain. Every agonizing step and difficult breath reminded me just why I like spending my weekends at home in bed. We did, however, make it up in time. Seeing the sunrise and finally descending back at the bottom of the mountain gave us a huge sense of achievement... and also a rumbling hunger. 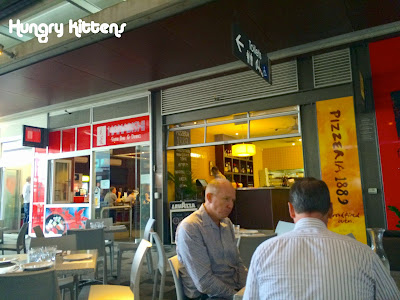 One block of restaurants I don't utilize anywhere as much as I should is The Barracks at Paddington. It is just a hop and skip across the Brisbane River and if I was in the mood for a stroll, it would be an achievable short walking distance away. Even if I was too lazy to walk, my other commonly-used excuse for not going to certain restaurants is lack of parking. If you dine at The Barracks, you get validated parking so in my eyes, that just makes it extra desirable. I just need to start making a conscious effort to go there more often. 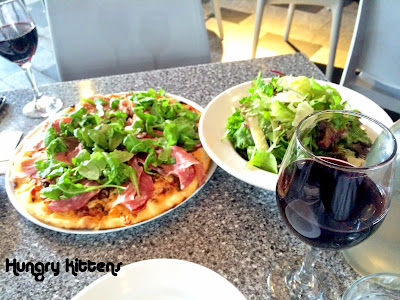 Marc and I had tried FaB Fish and Burger a couple of times and we were always curious about their sister venue, Pizzeria 1889. One day I spotted a Groupon meal deal and swiped it straight up. I don't think I 'needed' the coupon deal to justify going there; honestly, they are good value without any specials, but I just have too many restaurants I want to try so sometimes the extra incentive works for reasons beyond the monetary. We ended up going for weekday lunch a couple of weeks back.

Taro's Ramen in Ascot for Dinner 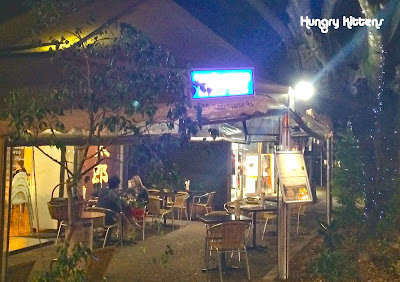 The colder it gets, the more I find myself dreaming about soupy, noodley foods. I'm the kind of person who craves spicy Korean hot pot even in the middle of summer so, if anything, the winter weather has only served to intensify my soup fetish. I've already spoken at lengths in my Genkotsu Ramen review about how perfect a well-made ramen is for not only warming the body but also the soul. I sought to recapture those feelings with yet another ramen expedition last week. This time Marc came with me and we drove to Racecourse road to try Taro's Ramen. 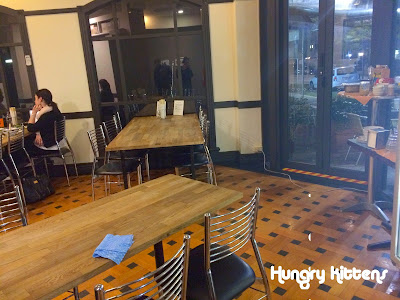 The frustrating thing about Taro's Ramen is that it's original Brisbane store is located in the CBD, right near where Marc used to live. We had so many opportunities to try it but never did and then we moved to West End. In the scheme of things West End is hardly "far away" but I just find driving to the city to be a pain due to the paid parking situation. Jenny tried Taro one time and told me it was really good. I desperately wanted to see for myself but my hate for paid parking was a strong deterrent. When I discovered that Taro's Ramen had opened a second shop in Ascot, I was very excited. Although it is geographically further away, Racecourse Rd is easier to park at, especially on a weeknight.

Flour and Chocolate for Baked Treats 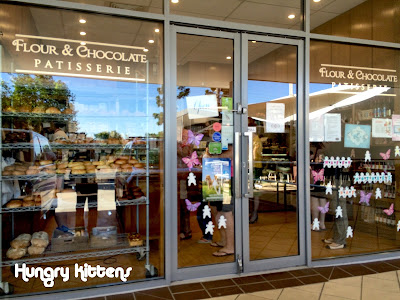 This is the story of just what length I would go to for good food. I follow Flour and Chocolate on Instagram and their feed is like baking inception for my mind. Every day, I log on and check their uploads and get drawn in by tantalizing photos of freshly baked brownies, golden cronuts (they call them gonuts) and sugar-crusted donuts. Seeing them on screen is one thing. Actually buying them is a whole other ball game. I was most interested in the donuts and gonuts and these are made on Wednesday and Thursday respectively. Furthermore, due to demand they tend to be sold out quite early on so you aren't guaranteed anything. It was a work of tactics and timing to score what I wanted. 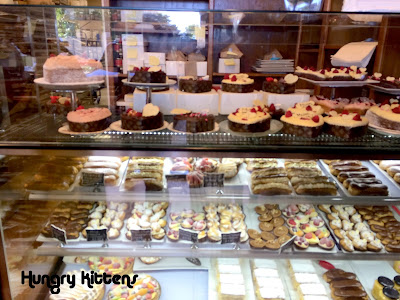 Flour and Chocolate is located on Wynnum Road in Morningside, which is a bit of a drive for me, made worst by the fact that it's not really on the way to or from anywhere else that I go to. I made a special trip there last week after learning on the down low through Instagram that they would be making donuts on Friday as well. It was quiiiiittteee an adventure. Imagine driving through East Brisbane opposite morning peak traffic, which would have been FINE if I didn't miss a turn and then have to go WITH the peak traffic for a block. Argh, what a nightmare. 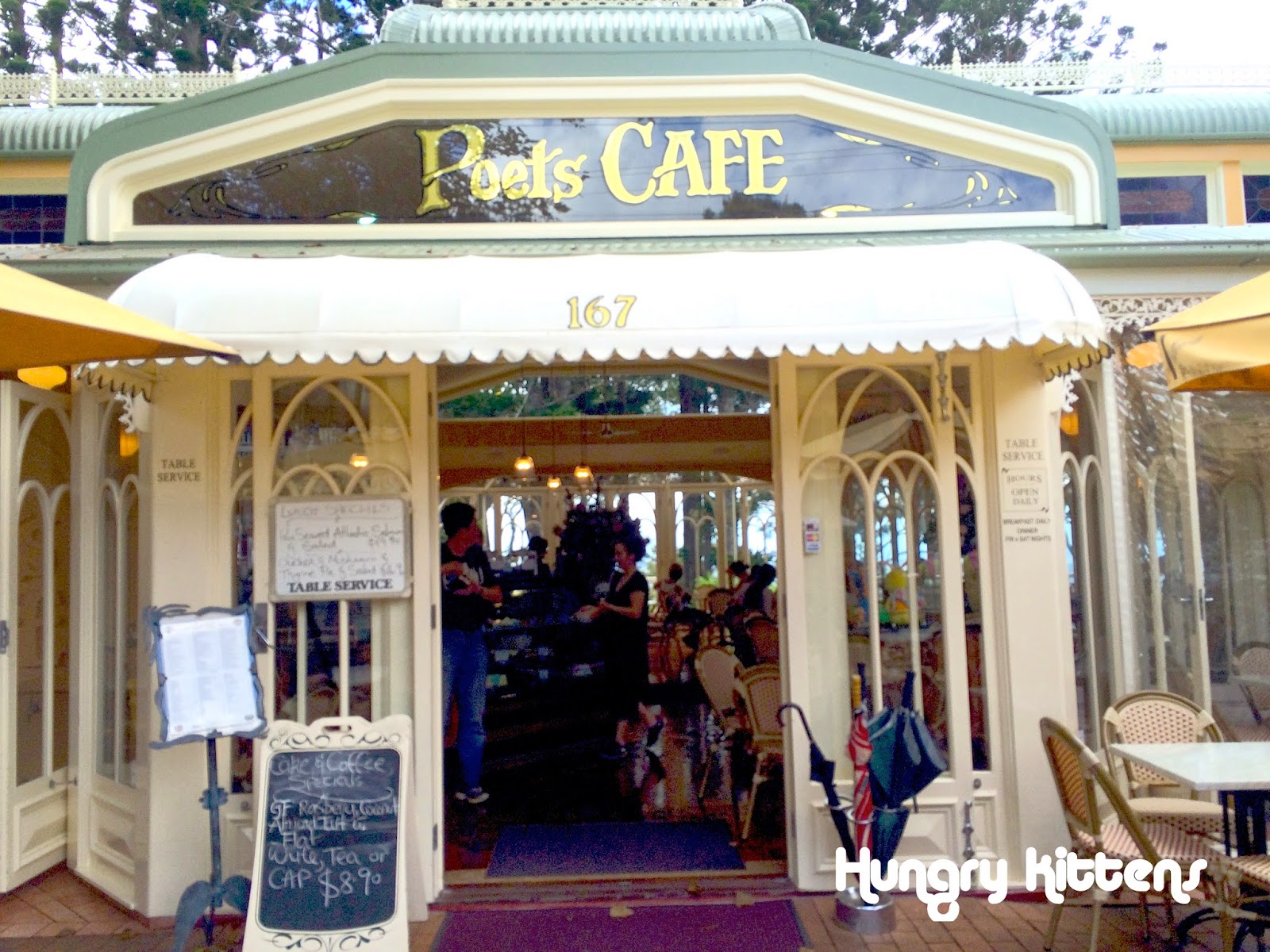 I made a conscious effort to be more active this month so that has resulted in not one but three recent bushwalks and mountain hikes. One of these took place at Kondililla falls just north of Montville. It was my mum and dad who took me because the shameful fact is they are generally more active than me on a weekly basis. We stopped over at Montville after our hike with worked up appetites and decided to have lunch at Poets Cafe. 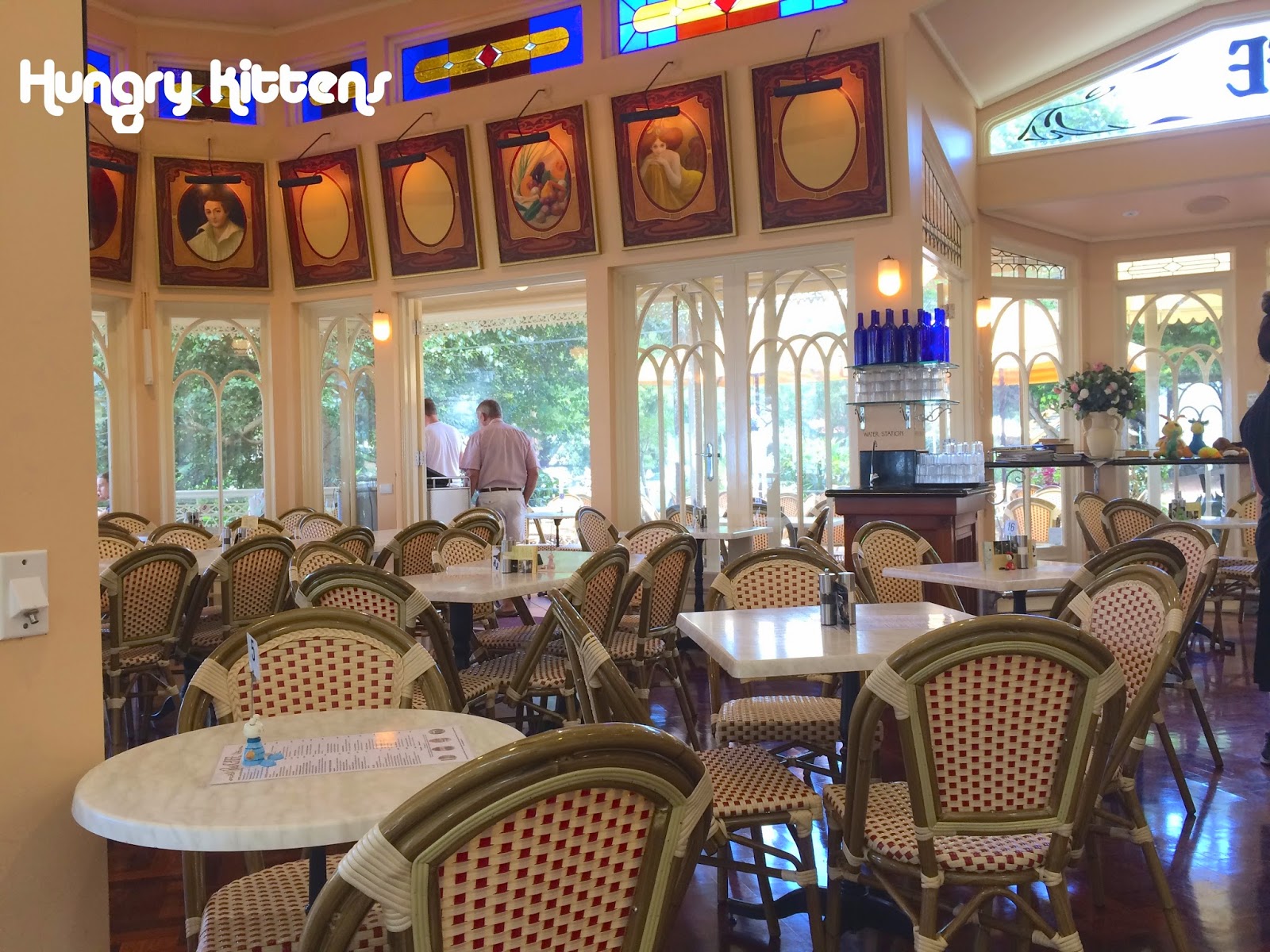 Over the years my parents and I have been to Montville on many occasions and more often than not, we chose to dine at Poets. The food hasn't left a particularly grand impression on any of us but the location is tops and if you're lucky enough to score a window seat, there are spectacular views down the mountain. 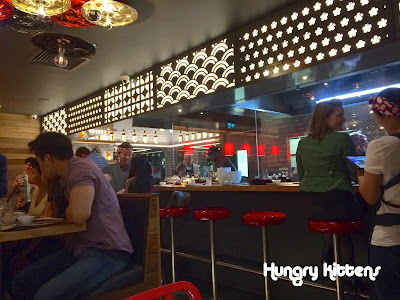 Harajuku Gyoza very recently opened the doors to their new location in South Bank Parklands. Interestingly, I was invited to the prelaunch not as a food blogger but as a radio competition winner (thanks Nova 106.9). I used to enter comps a lot when I was younger and I won quite a few so I have this disillusion of myself being 'luckier than average'. Winning this radio comp (the first thing I entered in decades) only served to strengthen my belief that I'm gifted. 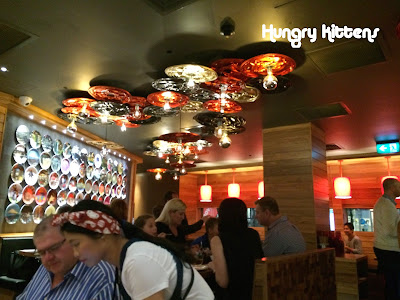 Marc and I arrived last Wednesday, before Harajuku Gyoza was officially open to the public. It was still quite busy when we got there due to the presence of other winners and various prelaunch invitees. Actually, the atmosphere was so hustle and bustle that Marc and I could barely hear each other speak. 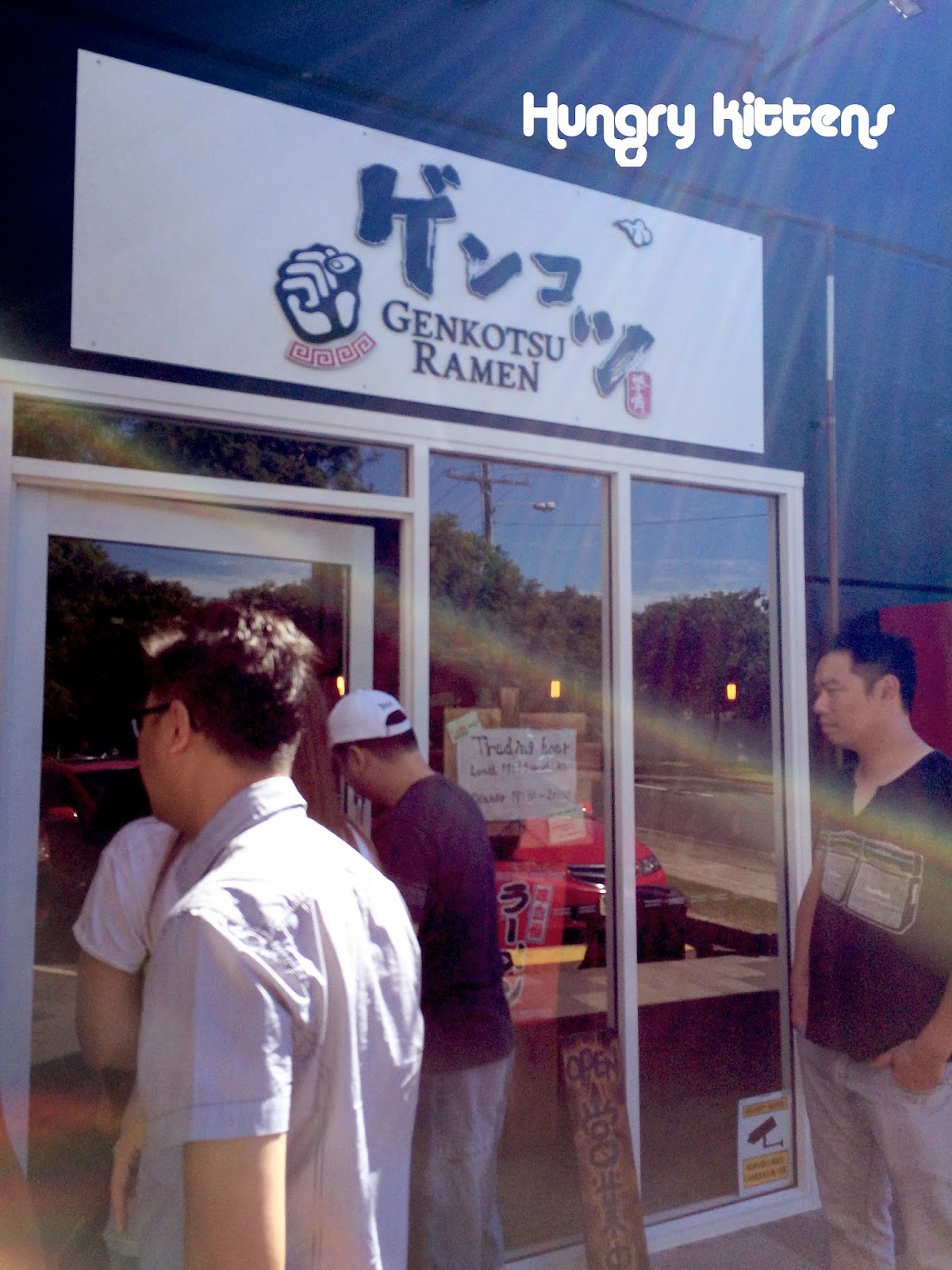 After a weekend of intense rain in South-East Queensland, it feels like the perfect time to put up a ramen post. I spent the last few days desperately craving warm soupy food but Marc and I were stuck out in Crystal Creek (which was actually very nice) and had no way of acquiring anything remotely close to soupy food. This visit to Genkotsu occurred a couple of weeks ago and the memory of it coursed tantalizingly through my mind with no resolution. Well... if I can't eat more ramen I can at least write about it. 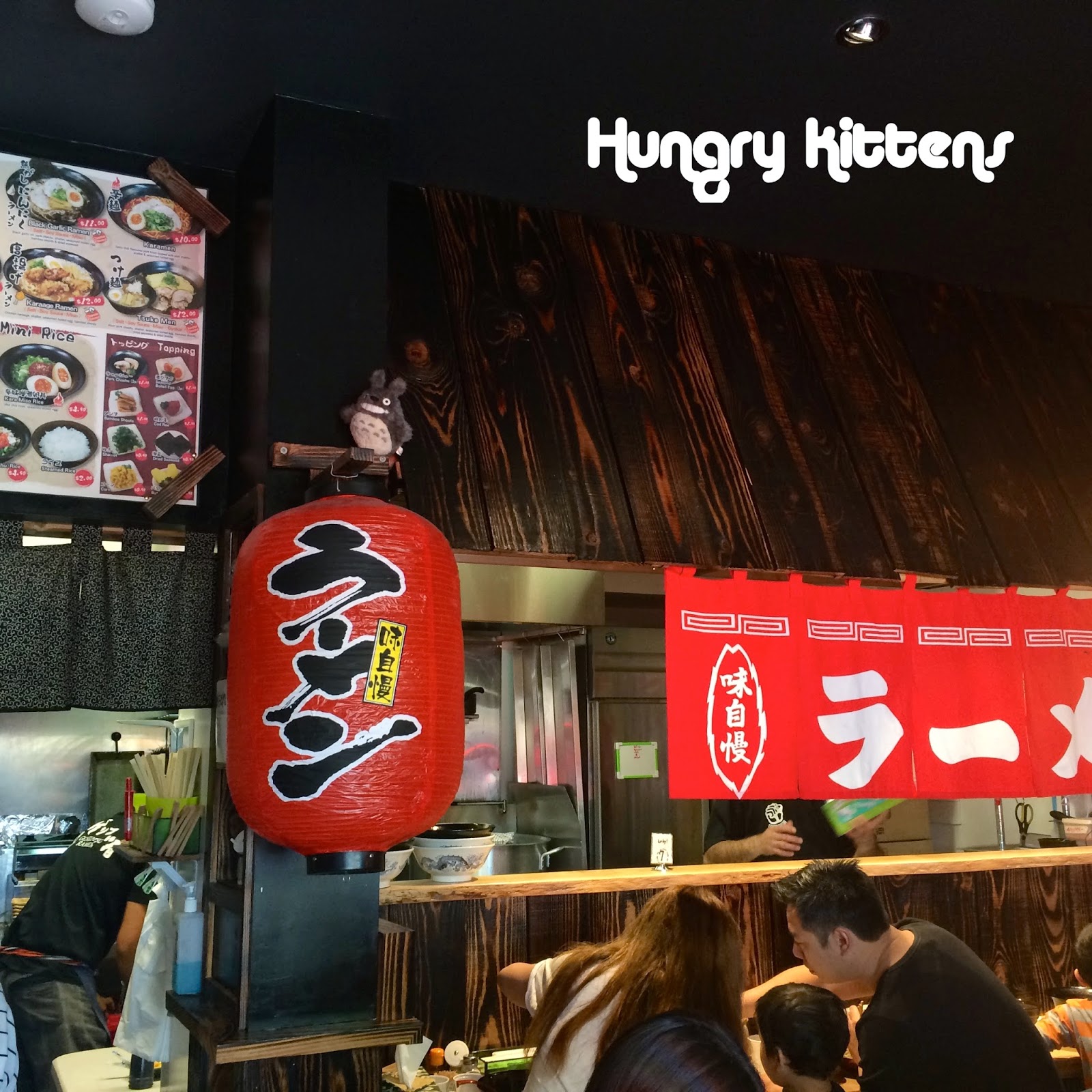 Genkotsu appeared on the Urbanspoon Talk of the Town list a few months ago and has been kicking about on there ever since. This is notable because the Talk of the Town doesn't introduce newcomers very often so anything that shows up that I haven't tried before is worth keeping an eye on. Jenny visited Genkotsu Ramen twice and reported that it was very authentic and delicious so this only served to raise my interest. I asked her to go with me on Anzac Day (yup it was open; good old trusty Asian restaurants). 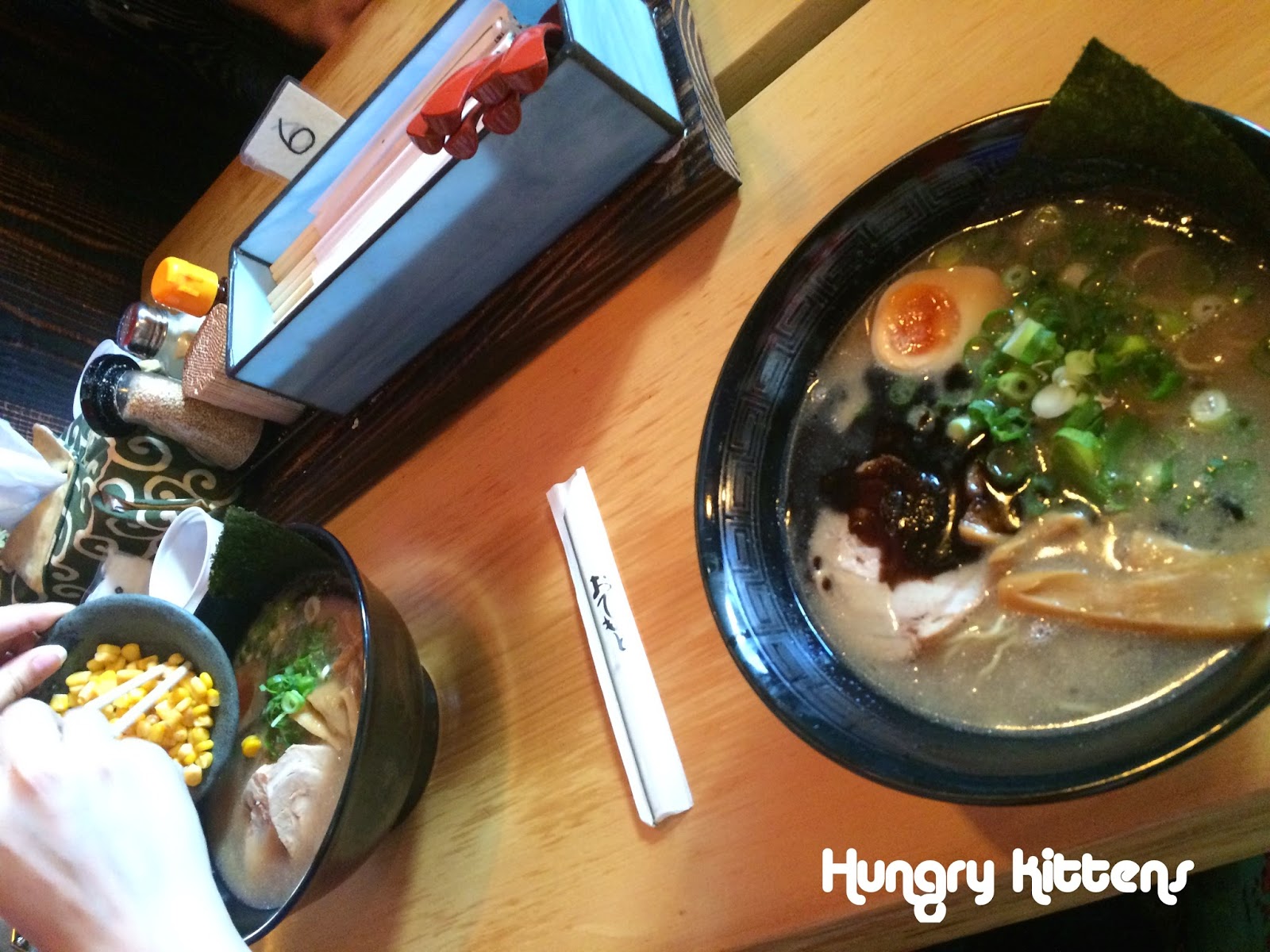 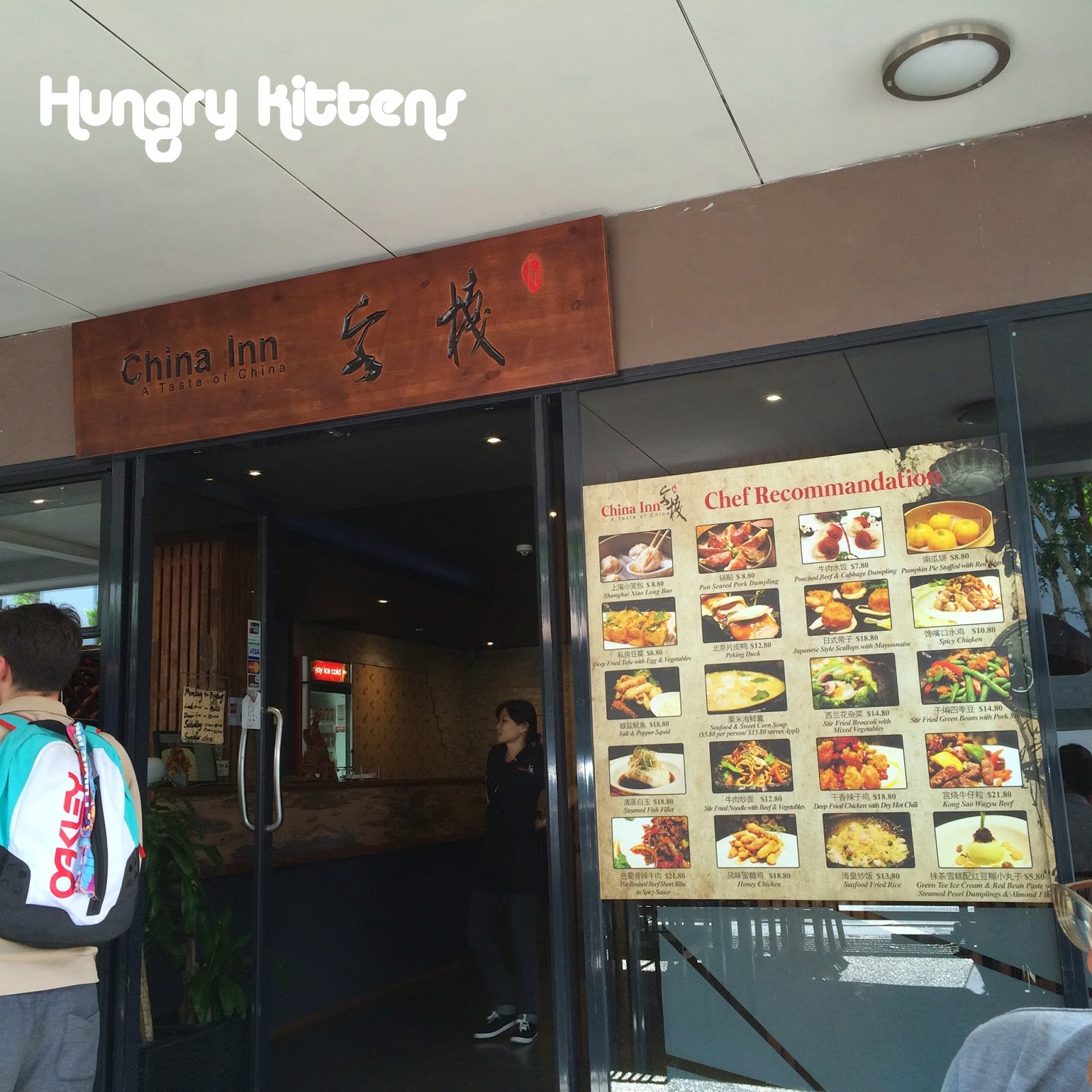 I was going for a stroll around West End before work when I spotted China Inn on Melbourne Street. How long has that been there for? Surely it's brand new. I couldn't remember what had been there previously or exactly how long it had been since my last proper look around that street but the whole China Inn shopfront looked unfamiliar to me. 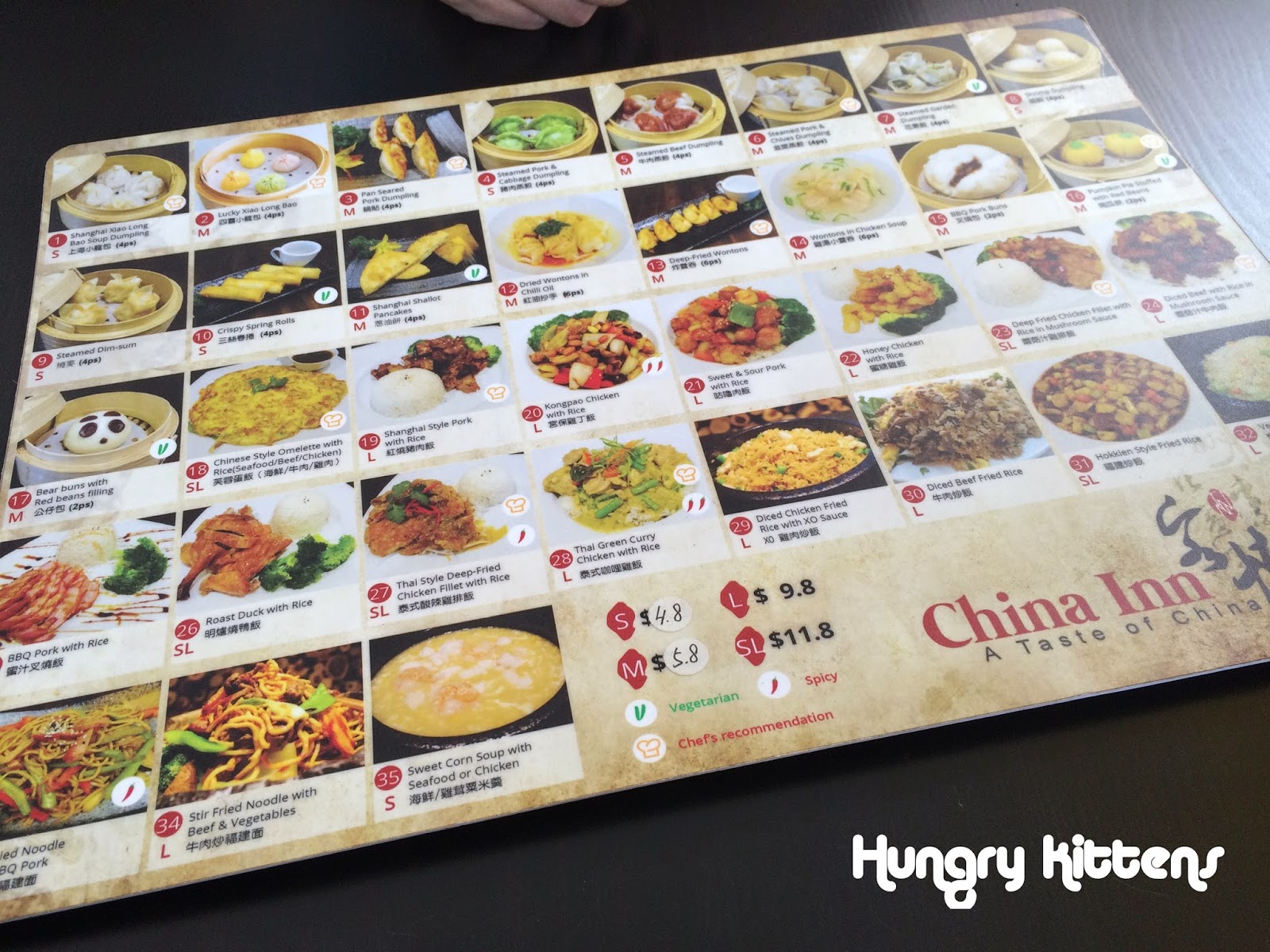 I Googled the joint and discovered some reasonably promising reviews, particular with regards to their xiao long bao (steamed pork buns), a food item I not only love to eat but also holds sentimental value for me. I was intrigued enough to convince dad to take me to China Inn for lunch.