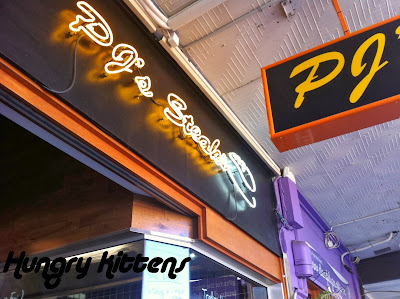 I awkwardly booked myself an appointment at 4pm last week. Work finished at 2 and it normally takes me an hour or so for me to get home. The dilemma was whether I should go home first or head straight to my appointment. Or, more specifically, where and what was for lunch??

I was about 20 minutes from my house when I realised I wouldn't have time to cook food and head out again so I quickly changed my route and headed to West End. Because it wasn't lunch or dinner time (around 3pm), the first two places I tried told me their kitchens were closed. It was a relief for me when I saw that PJ Steaks was still cooking. 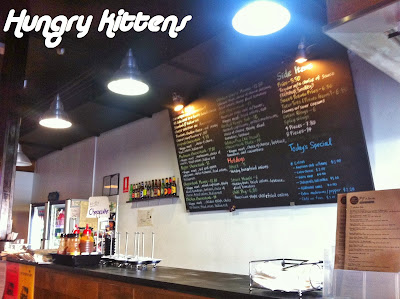 The first time I realised a cheese steak venue had opened up in my neighbourhood, I was immediately interested. Having never been to the USA before, I didn't really know what it was but it just sounded good. Logic tells me that cheese steak is a layer of melty cheese on a singular chunk of steak. Google tells me that cheese steak (originating from Philadelphia) is essentially a sub stuffed with thinly sliced steak mixed with onion and cheese. When I got to PJ Steaks, I saw that was exactly what they offered. 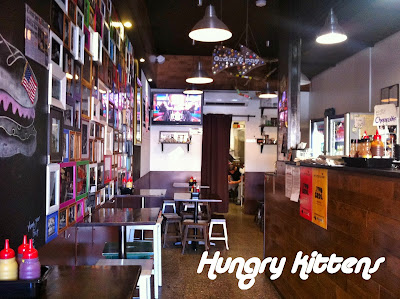 There is the classic steak and cheese sub, or you can get it with embelishments of veggies, various sauces and condiments. I ordered one with mushrooms. To add a level of authenticity, I was able to choose what type of cheese I wanted too. I went for American cheese.

The steak slices are cooked on a grill visible to all so you can watch as your meat gets charred and tasty before it's layered into the bun. There are a few small tables inside and out but because the weather was nice, I sat on the street and my cheese steak was brought out to me. 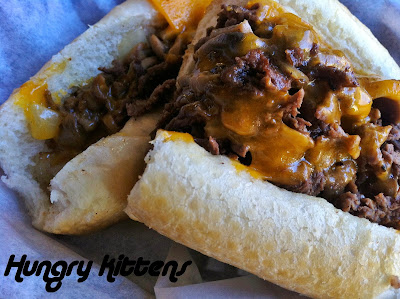 The cheese steak is served on a long, soft, white roll cut into two for easy maneuvering. My phone froze as I was trying to take photos which was the most annoying thing ever and a test of how much this blog means to me. I wanted nothing more than to dive in but I waited for the phone to reboot to snap these irresistable images. 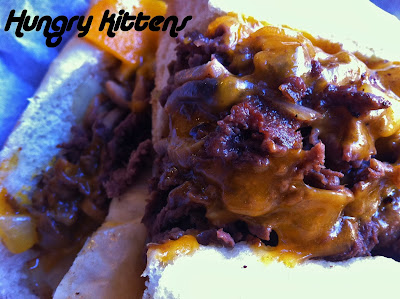 Close-up: it's really quite beautiful

I can't attest to what 'authentic' cheese steak tastes like but this version at PJ's is amazing. The steak slices are so tender and flavoursome and the melty cheese bits bring it all together. I was provided a variety of sauces to add to my sub and I went for barbeque. The sweetness of the sauce made it that bit more excellent. I would say that although these are dearer than your average fast food options, it tastes much fresher and the roll is truly loaded with meat. I was full after my first half but it was so delicious I wolfed down the second portion before I had time to rethink.

PJ Steaks offers delicious, filling cheese steak varieties. The venue is casual with a light American twang in its decor. I really like the idea of going here on a weeknight and sitting back with a cheese steak sub and beer (yes, they serve beer). It seems like a match made in heaven.