Tank Restaurant and Bar for our 2 Year Anniversary 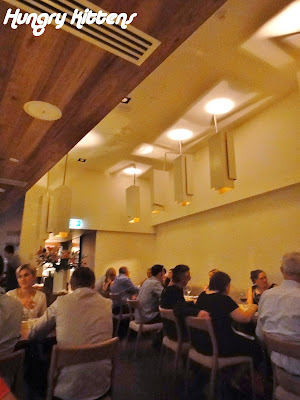 Neither Byron and I are the 'anniversary' types; in fact, we didn't even know how long we'd been together. After stretching our poor memories trying to remember how many Christmases we'd spent together, we worked out it was 2years around the start of this year. Since there was no official date, I plucked a free weekend out of my calendar and decided this would be a fine time to celebrate life and love with food, drinks and more. 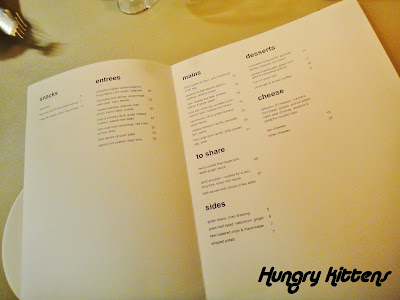 We started our night at the Tank Restaurant and Bar. It's officially on Tank Street but after walking up and down Tank Street for a bit, we Googled the place again and read that it was located within Santos Place, which is this courtyard type deal sandwiched between 2 buildings. It can be accessed from Tank Street but you kind of have to know what you're looking for. 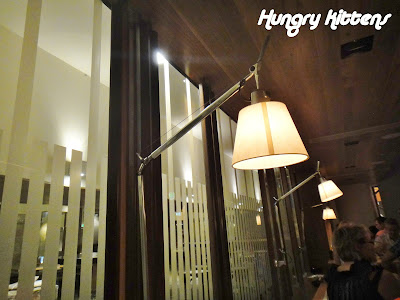 There's a little laneway lined with cute booths and bar stools leading up to the main restaurant entrance. Because we were early, we planted our bums there and ordered a couple of drinks. 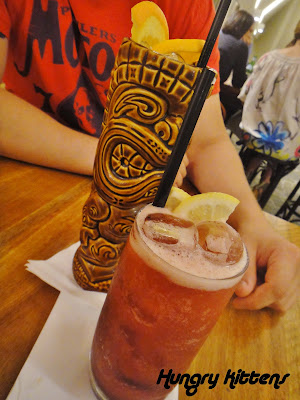 Byron tried the zombie cocktail. I tried a bit and thought it tasted great - very passionfruity and not too overpowering, which is strange considering the components. Byron loved this drink. I went for the tank summer punch which was OK but not too amazing. I found the lemon juice component too prominent and the end result was too tart. 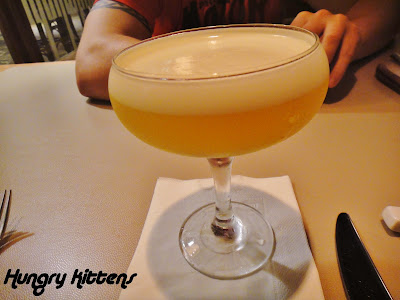 Once we were seated, I also tried the perfect day cocktail which was summery (fresh and tangy) with an eggwhite foam. I liked this one. 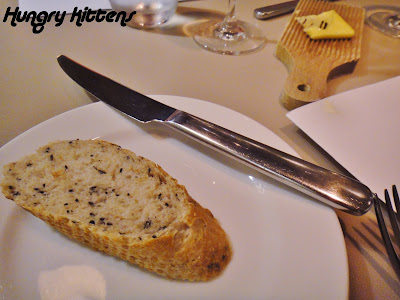 We were offered some complimentary sesame seed bread to start with. It was warm with a crunchy crust and soft interior and was served with warm salted butter. I thought this bread was rather good and a nice change from the usual sourdoughs that restaurants are fond of giving out. 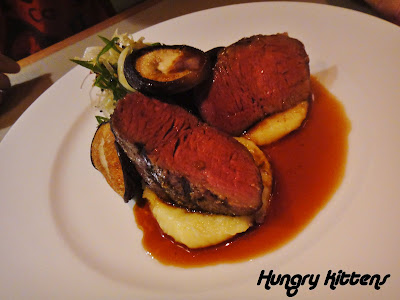 Byron's main was the miso roasted rib fillet. He cut himself a piece, developed a stunned expression and passed another portion to me. "Try this". I did and it was wow. 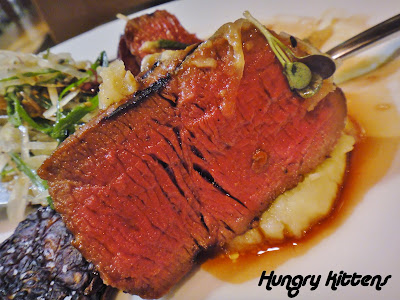 The meat was simply beautiful - soft, pillowy and melty. Cooked to perfection.
He said it was the second best steak he's ever tasted, losing out only to the wagyu sirloin at Cha Cha Char because that had the wagyu marbling flavor. 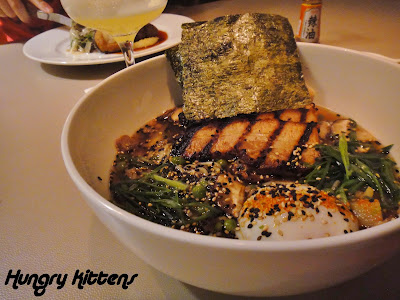 I chose the pork ramen with a slow-cooked egg. The pork was nice but I thought it was over-charred and dry. It's interesting how being submerged in broth doesn't disguise dryness. 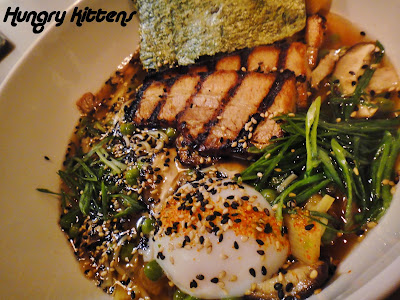 The noodles were very stock standard - couldn't really distinguish from regular ramen. The broth was very tasty and had some complexity behind it. I thought the highlight of this dish was the slow-cooked egg. I'd only seen this on Masterchef before and couldn't imagine how great it would be but the texture was rather amazing. 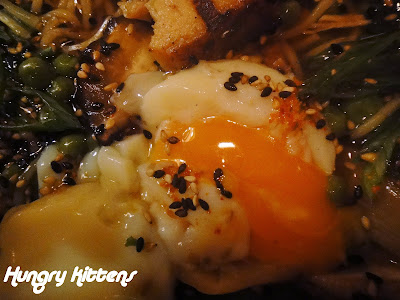 It was soft and slightly gelatinous; when popped, it oozed over the ramen and that combination was awesome. I definitely wouldn't call this a bad dish but I'm not sure that it meets fine dining expectations and I can think of a few ramen stores that are better (Ajisen, Hakataya). 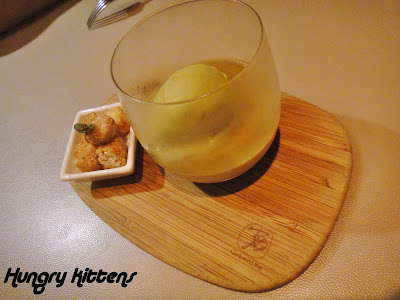 We were rather full by this point but I can't walk away from dessert so we went with the green tea barvarois with brioche cubes. 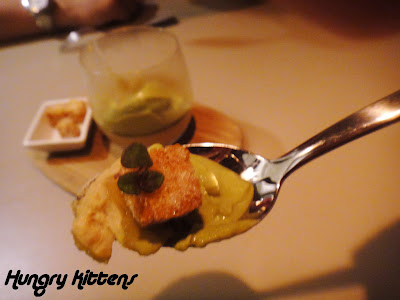 It was a pleasant and light dessert with a delicate matcha flavoring. The crunchy brioche sugar cubes lended a nice texture contrast.

The service at Tank Restaurant was fabulous. It's a small restaurant with an intimate feel yet it's quite noisy too (which can be good or bad depending on what you like). I wasn't blown away by the pork ramen but the steak was fabulous and the dessert was a solid ending to the meal.
Labels: CBD and Surroundings, Dining Out, Fine Dining, Modern Australian