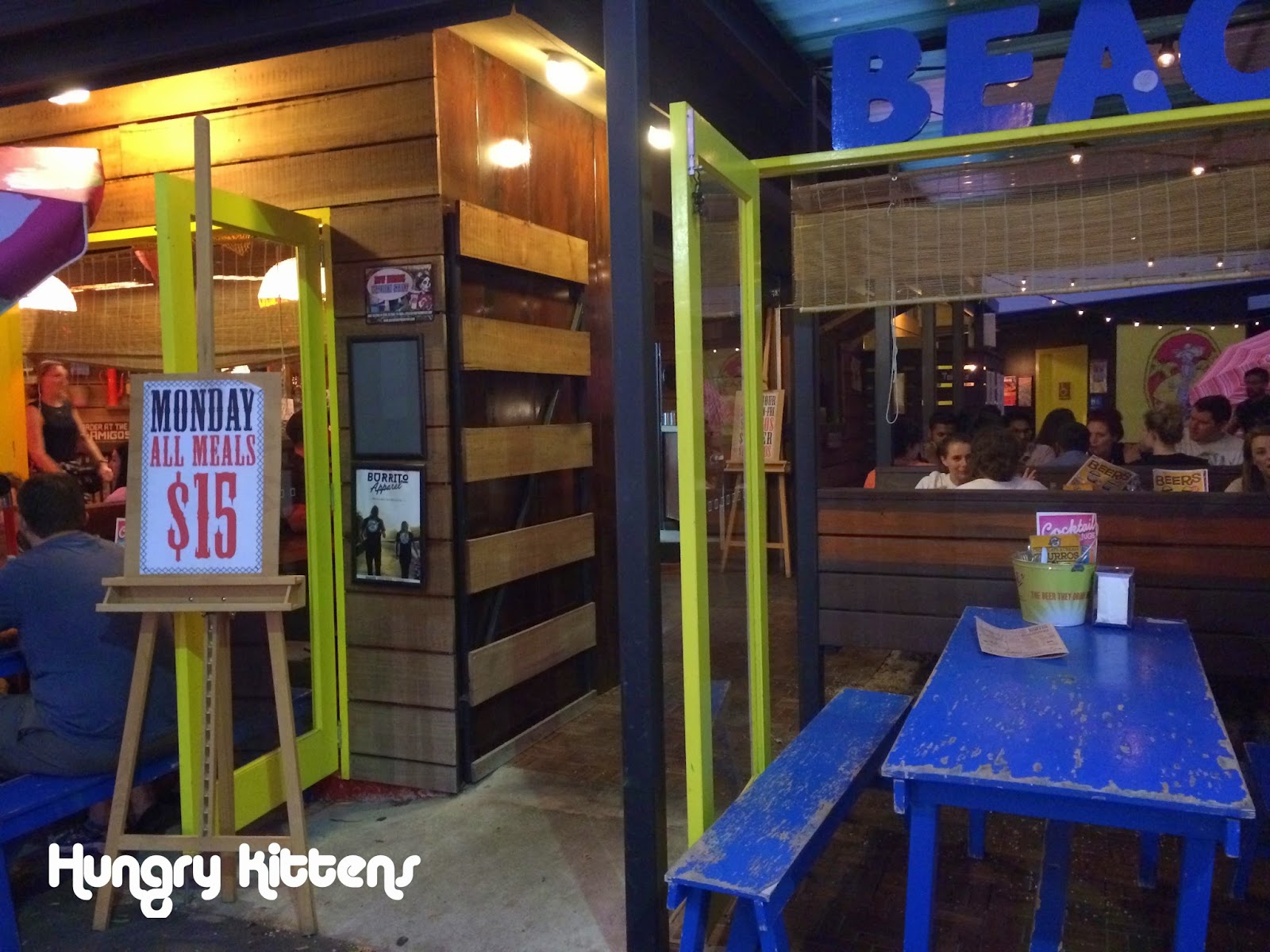 I'm eating out less and less these days because I'm so broke it hurts. The wedding next year is seriously making us bleed. My friend Hien suggested meeting up for dinner last Tuesday and I declined to save my wallet. Ever the ideas-man, he informed me about Beach Burrito Company's $3 taco Tuesdays. Even a broke-ass Cora can afford $3 tacos! 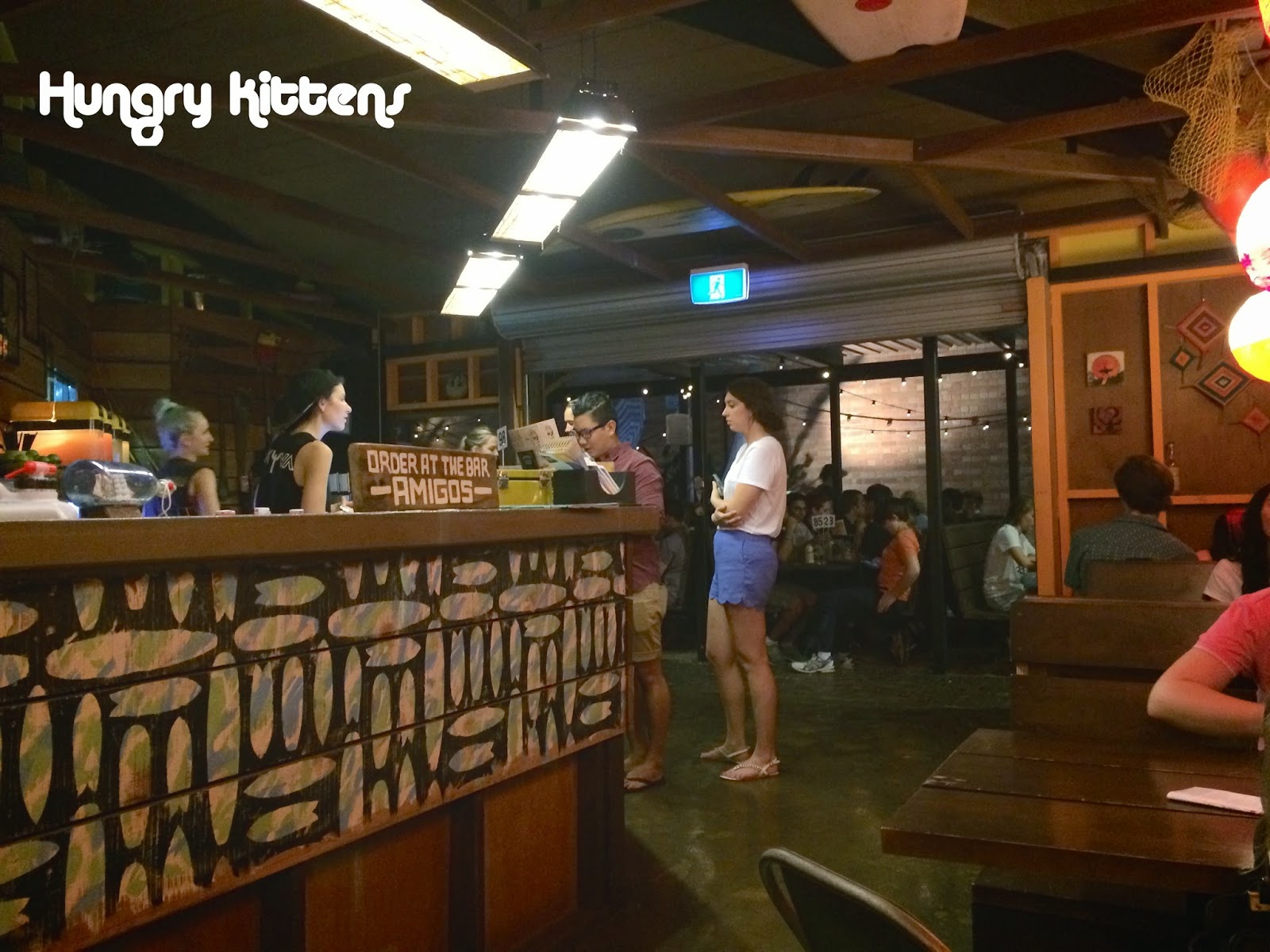 We met up at the West End location. It was a dark and gloomy night and when the sky turned purple I felt sure that I was going to get hailed on. In the end, it barely even rained. 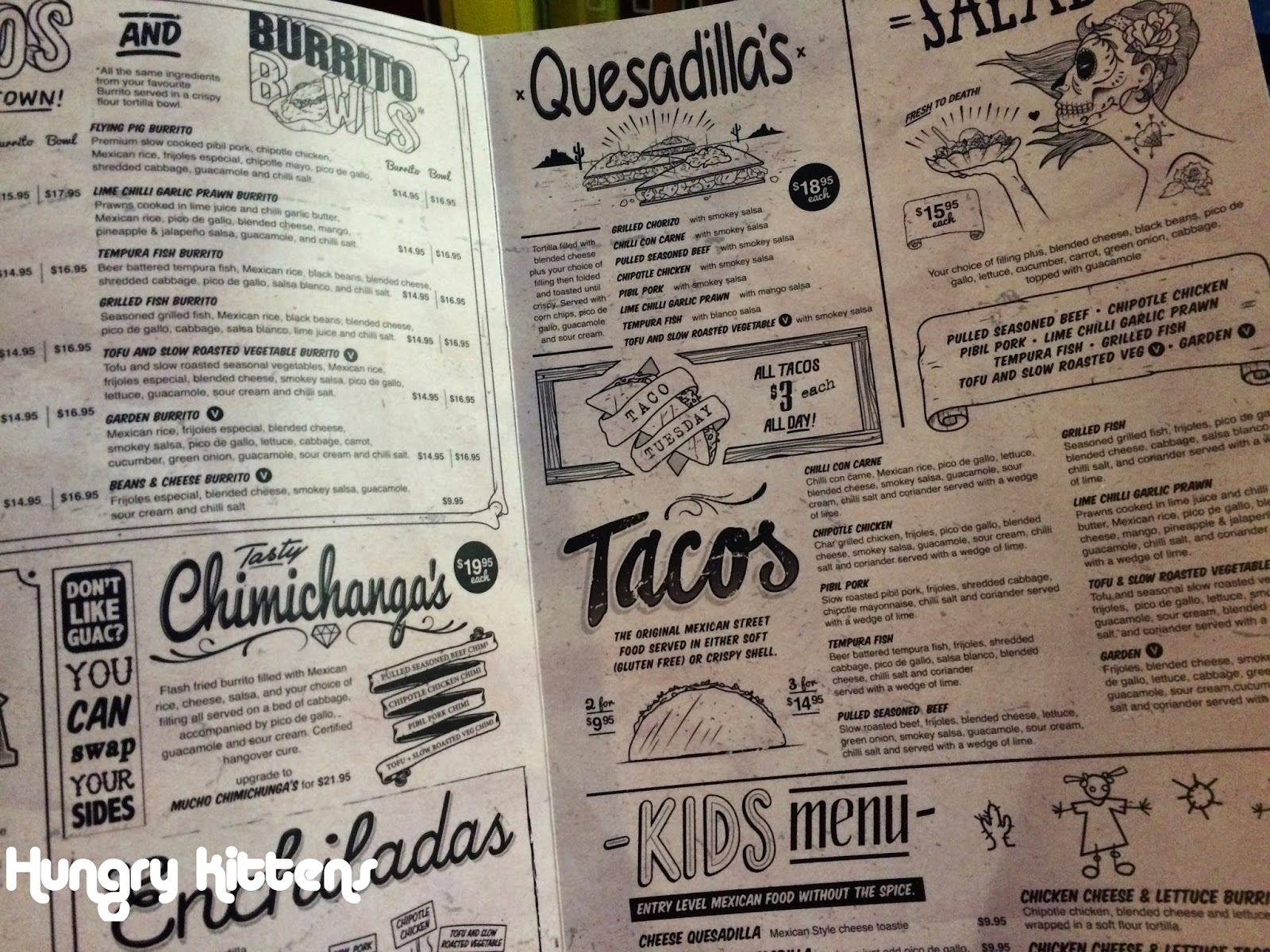 The system at Beach Burrito is to order first at the bar and then take a seat. There are specials on every day of the week, which is just awesome for all those financially-strapped food lovers out there. I asked Hien about the size of the tacos and he suggested ordering 3-4. I felt that was excessive so I ordered 2 and that was definitely enough for me. 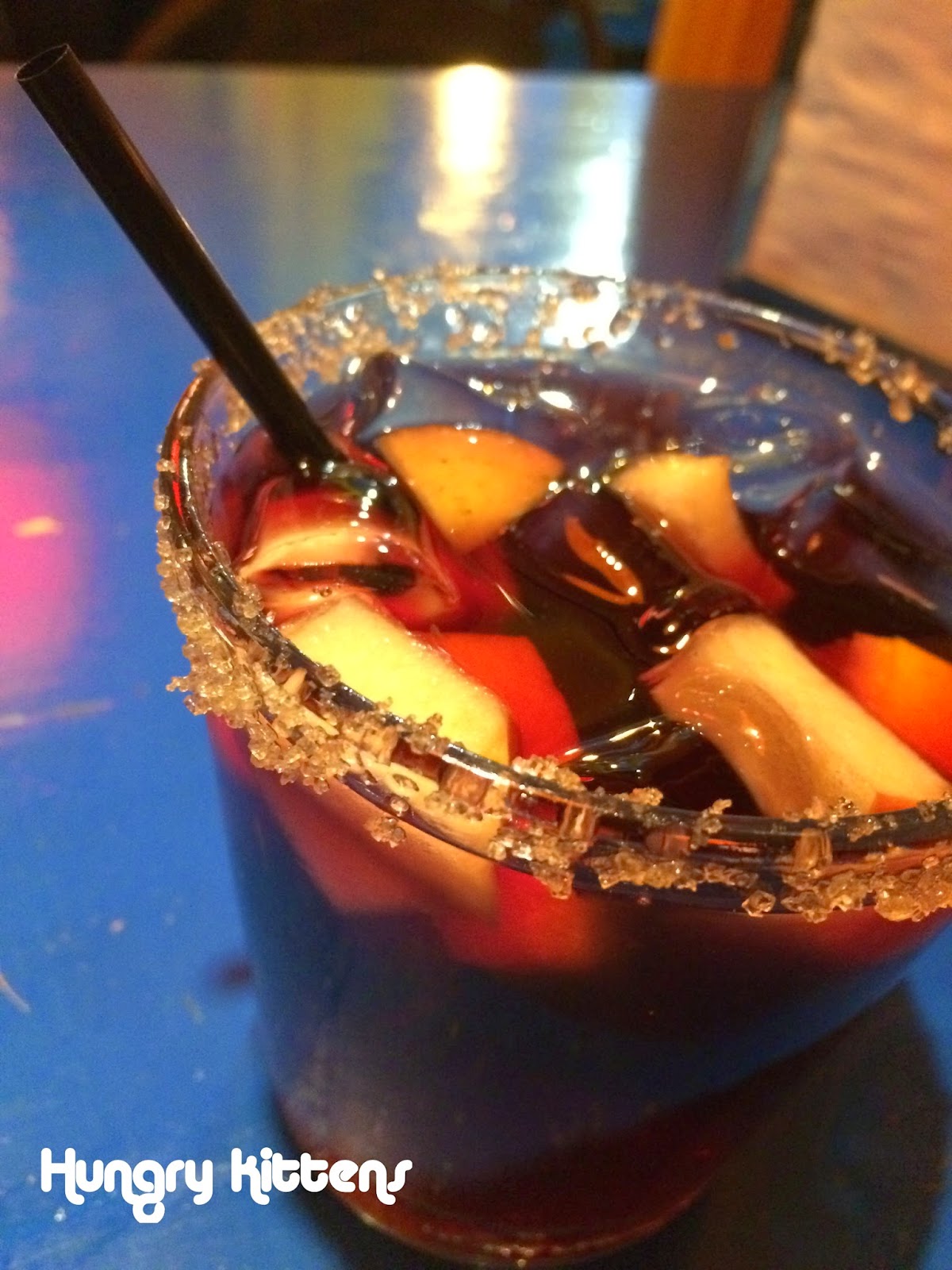 We also picked up some drinks, a can of coke for Hien and a glass of sangria for myself. The sangria was made up at the bar and served instantly so I thought it might be weak or watered down but it actually made me feel quite cheery!

Beach Burrito was very busy that night so our order did take a bit of time to come out. It wasn't a ridiculously long wait though and because we had plenty to chat about (plus drinks in hand), I didn't mind. I can imagine very hungry individuals to start feeling panicked though. 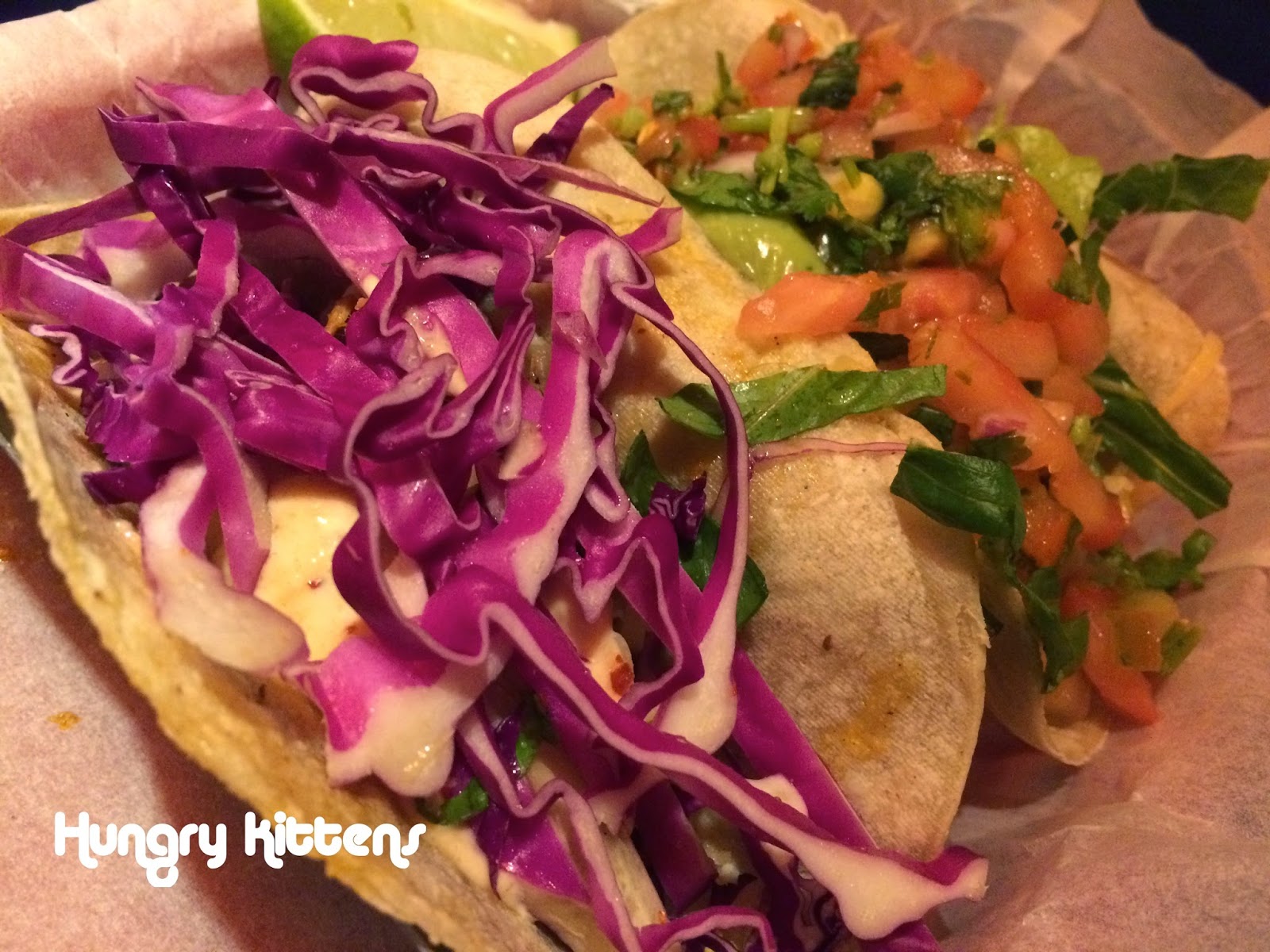 The tacos I ordered were the chili con carne and pibil pork. There was the option of hard or soft shell but I asked for soft for both because that's easier for me to eat with braces. I was impressed that the tacos didn't look 'budget' at all, and were in fact large, fresh and loaded with fillings. Both my tacos were tasty and I amped up the heat with a dash of extra chili sauce. 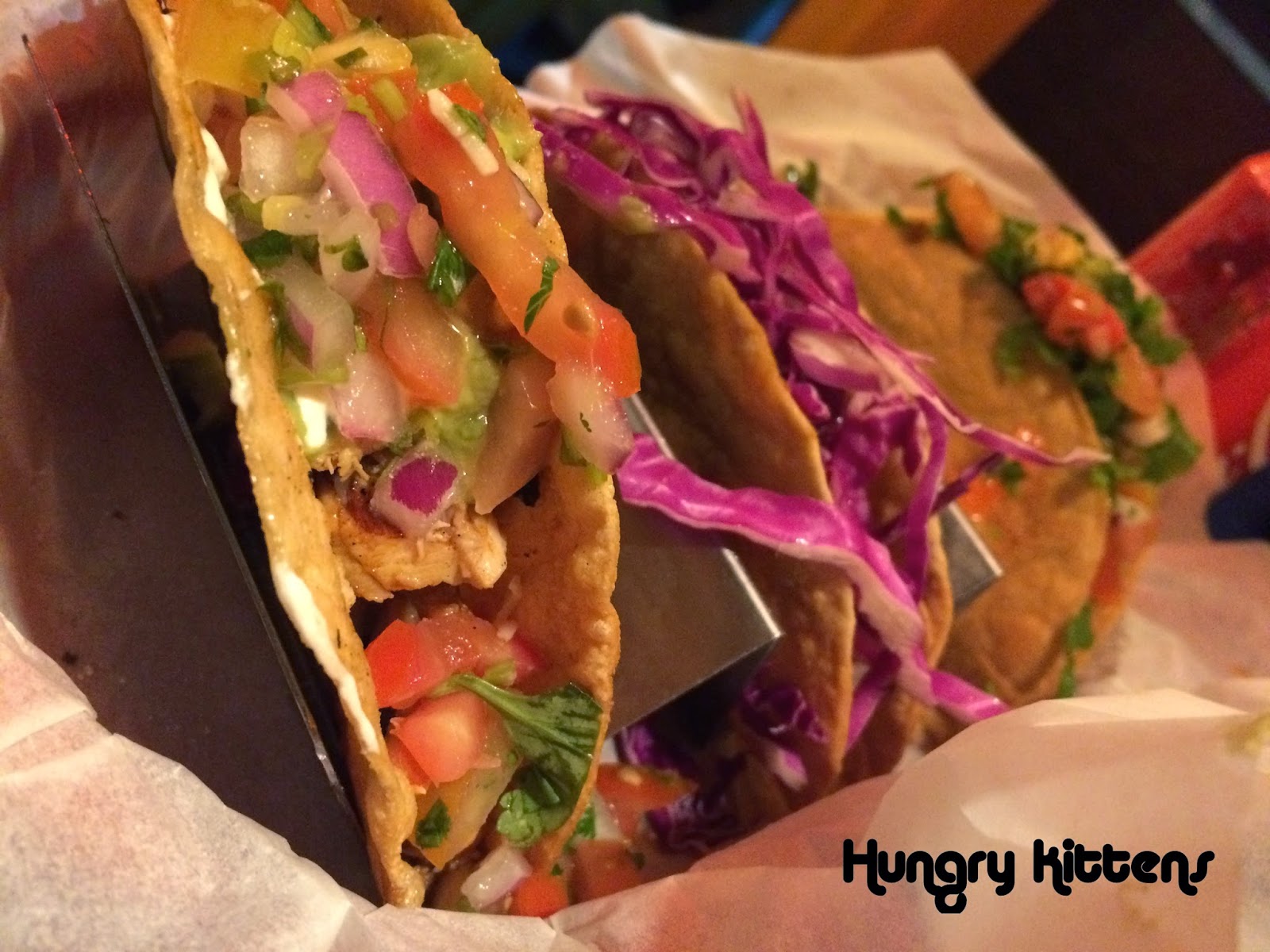 Hien chose 5 different flavours, including the beef, pork, chicken and fish. He thought they were all very good but personally thought there could have been more filling. I struggle to think how more could have fit inside the shells. 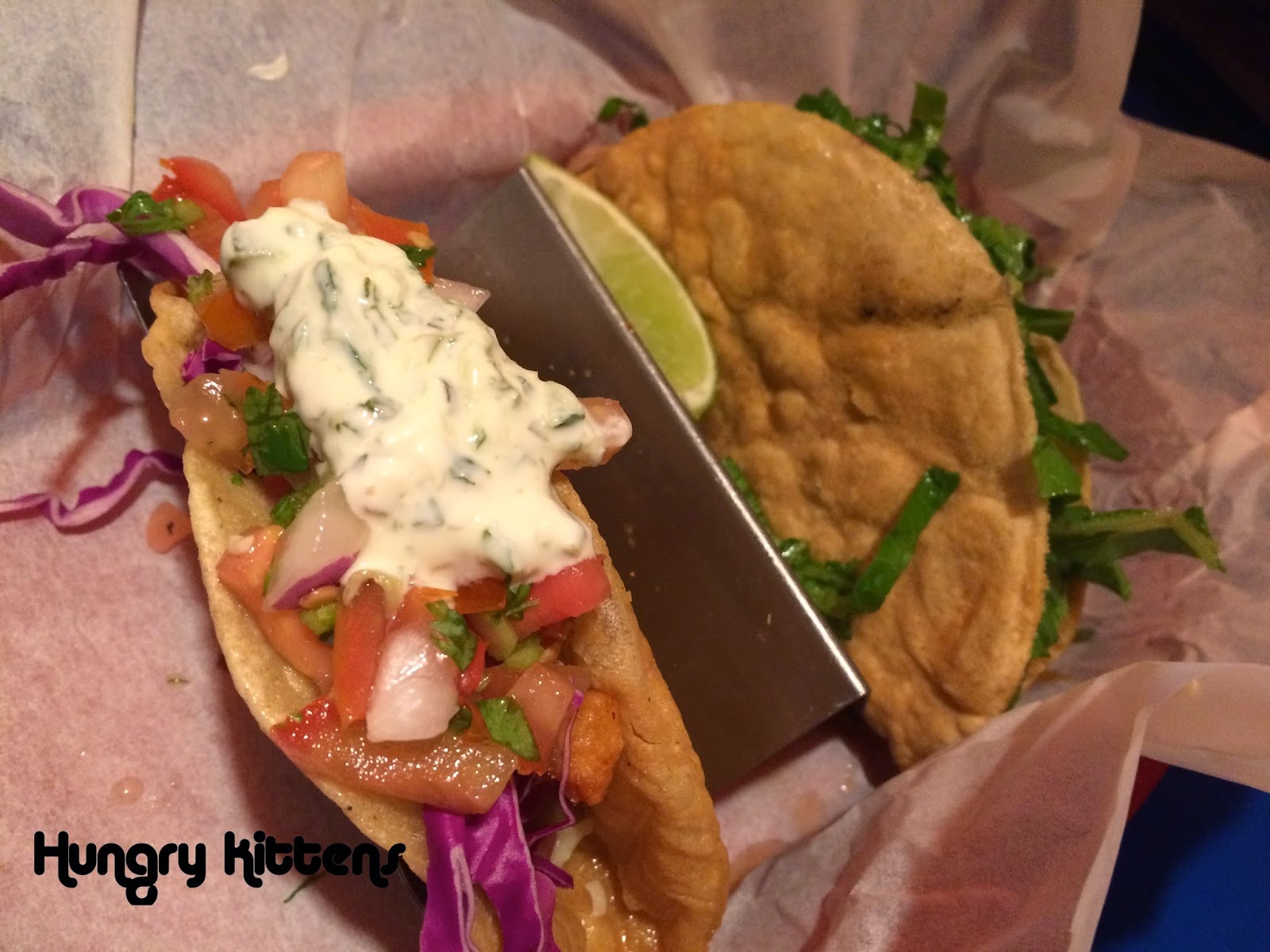 The one point I will agree with him is the tempura fish. I stole a bit of the fish to try and it turned out to be the only piece of fish in the whole taco shell. 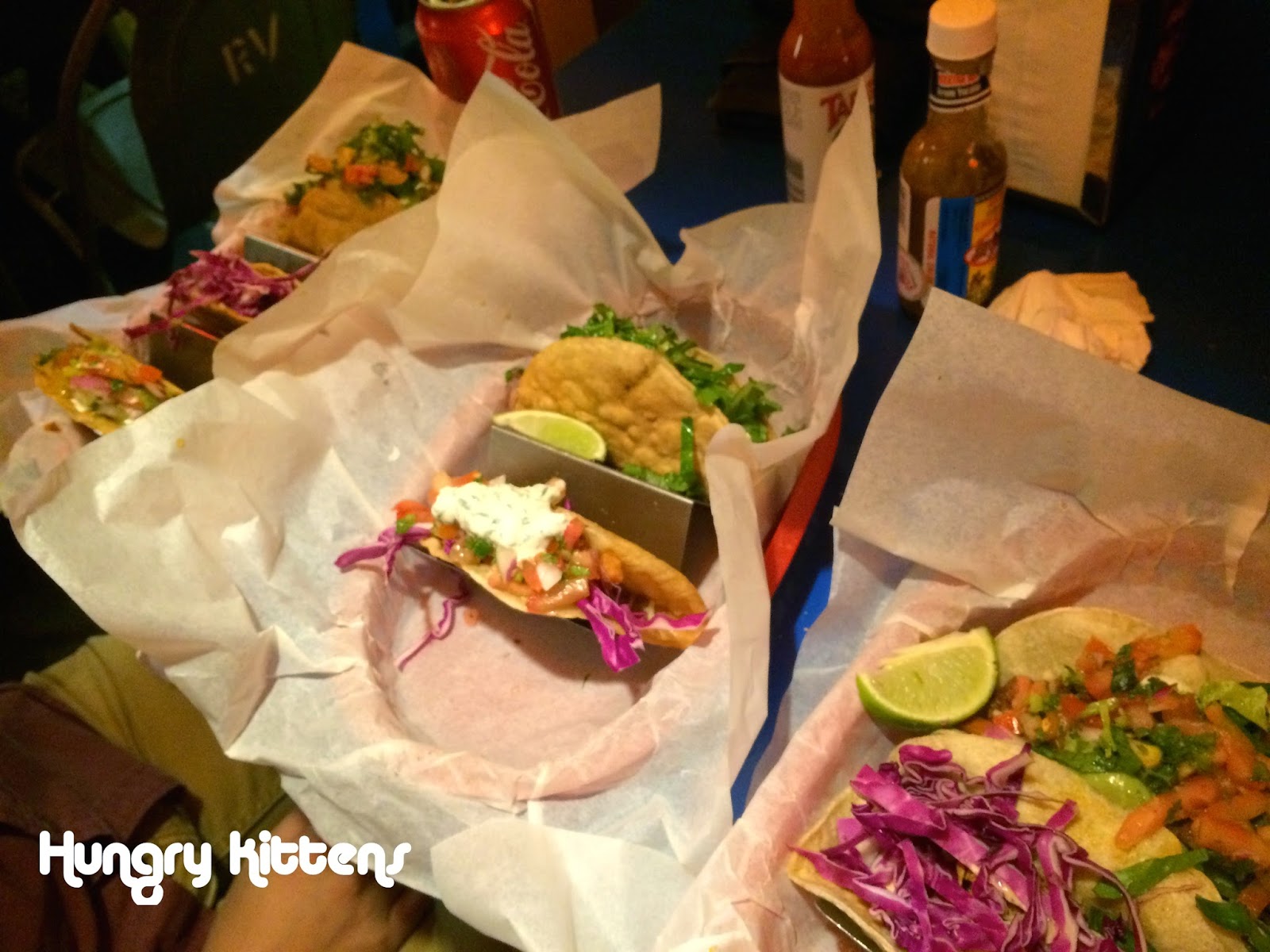 We had a filling and great value meal at Beach Burrito last week. There are plenty of Mexican classics to choose from, with lots of variety of fillings for each one. The place has a really awesome vibe that's chilled and upbeat. It's perfect for casual evening catchups with friends.