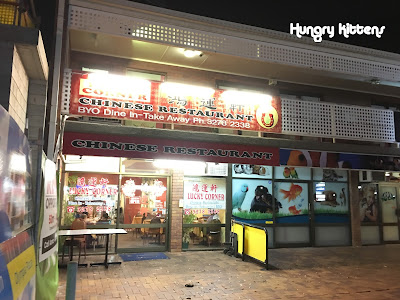 I feel like I've raved so much about Peking duck in recent times I could compose a passionate love ballad about it. Happily for me, food sister Jenny shares my enthusiasm so I don't have to worry about not having anyone to enjoy duck with. A friend of hers recommended Lucky Corner as the best Peking duck in Brisbane. It seemed like an obscure pick but in the name of research, we're always willing to taste test. 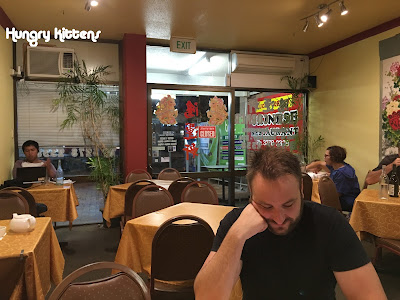 Lucky Corner is a small Chinese restaurant off Oxley Road in Corinda. There's easy street side parking but there's a bit of construction going on nearby so we accidentally drove past it. The menu is entirely in English which doesn't speak strongly about authenticity but I was happy to reserve judgement until after eating.

Jenny had ordered our duck for us when she booked the table. I think that's always a sensible move for whole roast items, especially at small restaurant because the last thing you want to hear is that it's unavailable or that it's going to take 2hrs to cook. 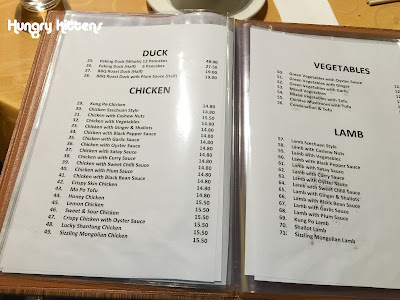 We asked the waiter to get the duck going as soon as we arrived. We then took some time to leaf through the rest of the menu. Lucky Corner is BYO so we hopped over to the bottle shop across the road for a six pack of beer. 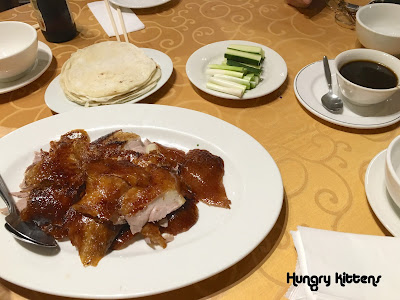 Our Peking duck was presented as a mountain of glistening crispy skin slices, pancakes, sauce, cucumber and shallot. We noted that the pancakes here had a bit of a rustic look as though they were homemade. They were still very thin and soft. 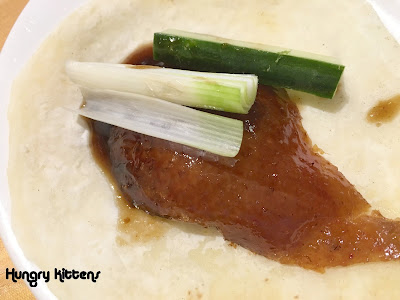 The duck was delicious. It was hot and juicy with a crispy and non-greasy skin. Was it on par with Chinese Peking duck restaurants? No, but in Brisbane I've learned to keep my expectations in check. I can still genuinely say I really enjoyed my duck wraps. 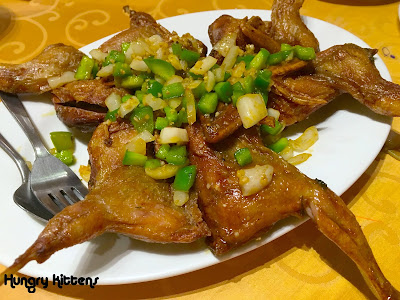 The salt and pepper quail was served in convenient easy-to-hold halves. This dish was nostalgic for me because I always ordered it as a child. It was so yum! Each bird was juicy and flavoursome on the inside with a lightly spiced coating on the exterior. 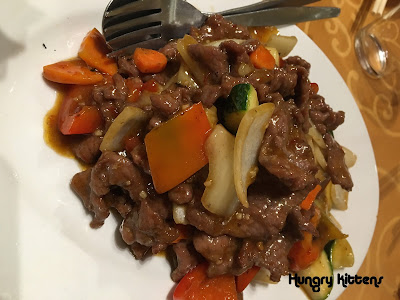 The rest of the dishes were less interesting for me. The beef was typical Chinese takeaway standard. Mork commented it was too salty but it was fine for me because I'm a salt fiend. I didn't eat too much of it though. 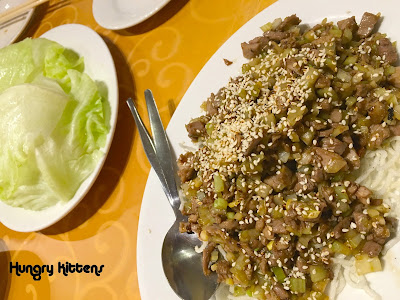 Our second course of duck was the lettuce wraps. I always find this to be an acceptable dish but not at all on the same level as the duck skin wraps. For one, the stir fried duck and veggies we used to fill the lettuce cups tasted so generic, Jaws couldn't tell it was duck. Towards the end of the meal he asked where the rest of the duck was. 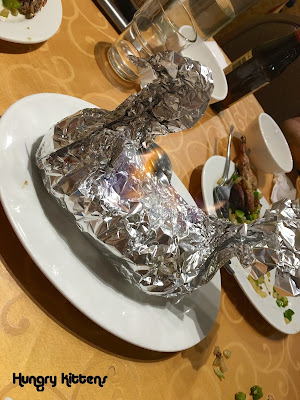 The pork ribs were served in a flaming al-foil swan. I'm not sure there was a purpose to this beyond novelty but the novelty factor worked for our group. Maybe we're just easily impressed. Or maybe we have the IQ of 7 year olds. 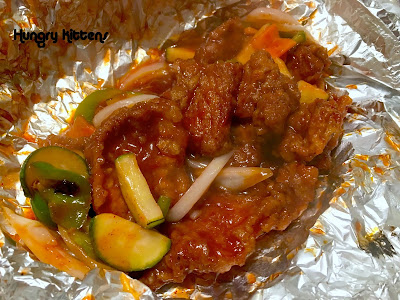 These ribs were tender and had a nice flavour. There was some disagreement about whether or not they were actually spicy. I guess it depends on your tolerance. 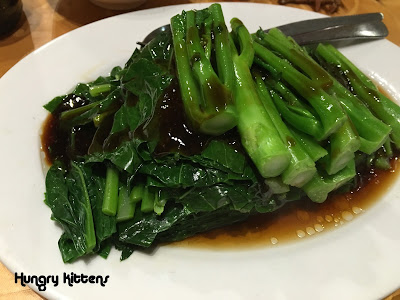 Our veggies arrived last, just when I was starting to think they weren't coming at all. They were a nice simple conclusion to our otherwise very protein-laden meal.

Lucky Corner doesn't try to be fancy and glamorous but their Peking duck ticks a lot of boxes. Some of the other dishes were hit or miss but definitely think pre-ordering a duck is a good option.