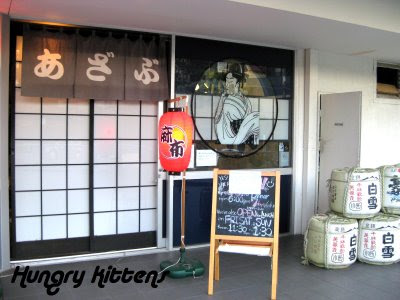 One day, long long ago, Charlie declared on a whim that he wanted to take me to a Japanese restaurant and bravely proclaimed that 'you'd love it!'

Due to unfortunate circumstances, we didn't end up going and he never again suggested it because some friends told him it was too expensive.

It just so happens that driving past, I noticed a cute little Japanese restaurant shop-front and when I found out that this was the place he was talking about, I decided I wanted to try it after all.

Last night when we couldn't find a place in Brisbane that did all day yum cha, I suggested we try Azabu. 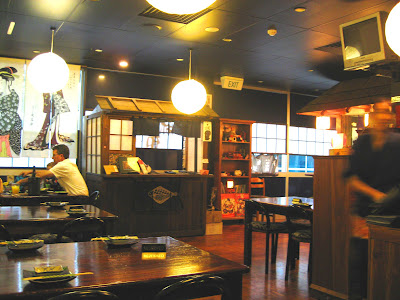 As soon as I walked in, I was in love. The small placed is decked out in tasty Japanese-style furnishings and you feel like you stepped into a boutique eatery on a side street in Japan. 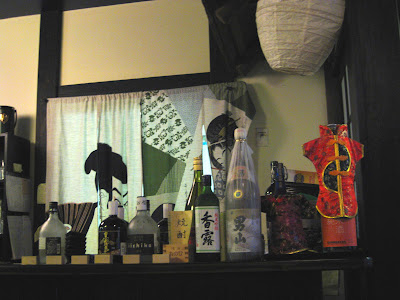 We were early and arrived just after they opened but I noticed many of the tables had 'reserved' signs so I was grateful to have a seat. We were each given 3 menus: 2 with daily specials and a book menu (that also had a loose sheet with the chef's recommendations). 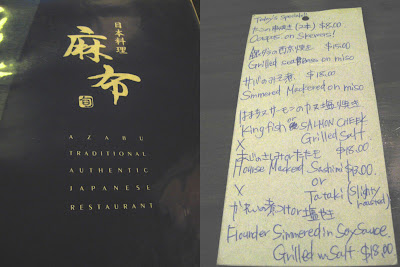 After much umming and ahhing, we ordered a roast duck with plum sauce, the crab croquettes, a small platter of sushi and a bowl of rice to have with the duck. 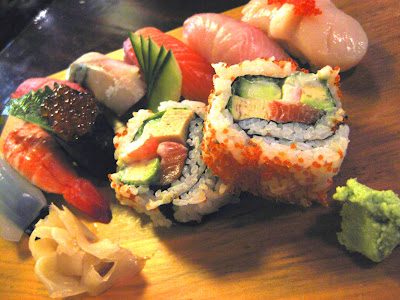 The sushi came first - 1 of each type. Charlie disliked the fact that each sushi had a tiny bit of wasabi already inside. I didn't mind. The seafood on the sushi was super fresh and I took note of this despite being inexperienced with seafood. 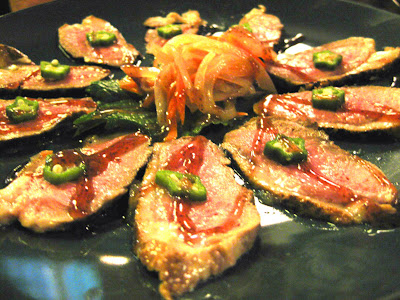 Our roast duck wasn't what we expected. It was a cold dish with slices of duck. Rather than a hearty main option to have with rice, it's more of a starter. I thought it was very tasty all the same. The duck was super tender and it's nice to have a familiar meat in a new way.

The crab croquettes come in servings of 5 and I think they were Charlie's favorite item. The outside was golden and crisp without excess oil and the crab filling was piping hot (dangerously so if you're hasty, like me) and very creamy. The crab flavor wasn't that intense but we both really liked this dish. 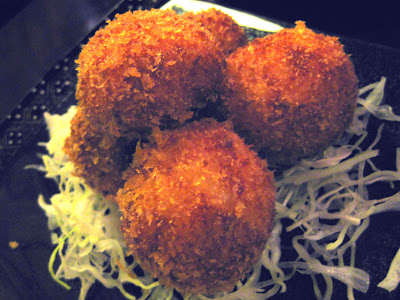 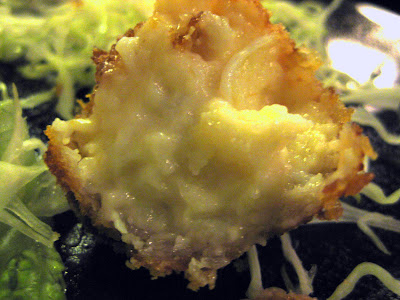 Look at my insides...

Finally, we racked up a $55 bill which exceeded expectations. I think we would have been better off getting the $40 couple set menu. I wouldn't have minded the price-tag since the standard of food at Azabu is on par with fine Japanese restaurants BUT Charlie's feedback was that he was 'still hungry'.

I think this has a lot to do with the fact that the duck turned out to be an entree. We were looking for other dishes to order that would go well with rice but they seemed to have a lack. There were other rice dishes but we didn't want MORE rice. $55 is alright if you're satisfied at the end but judging from our experience, if you want enough to leave with your stomach filled, expect to pay $80 upwards.