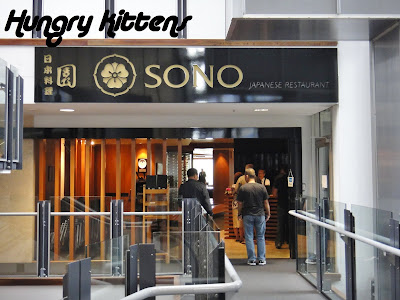 Last week was a significant milestone for me. I have officially been working full-time for over a year now! What better way to mark this anniversary than to take my family out for food? We decided on Sunday lunch and I booked Sono via Mochi's recommendations. With its flash location next to the water in Hamilton, I figured it'd be a nice day time dining spot. 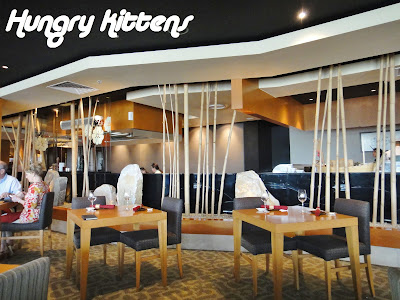 The restaurant is located upstairs near the cinema. There's an expansive dining space with conventional table, sunken seats (to pretend that you're sitting on the floor) and some private rooms as well. 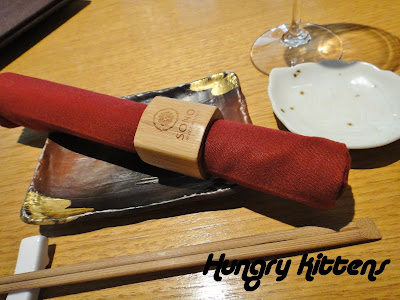 I was given free reign to order whatever I wanted to. I decided on a few starters and mains to share. 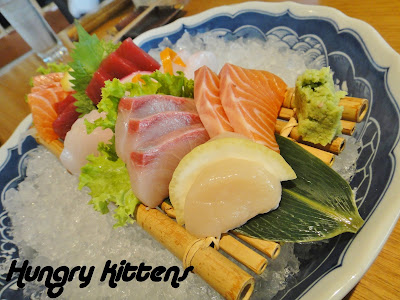 The large sashimi platter arrived first. Everything was fresh, which is crucial for sashimi. There was a variety of fish but we (being n00bs) still preferred the salmon best. 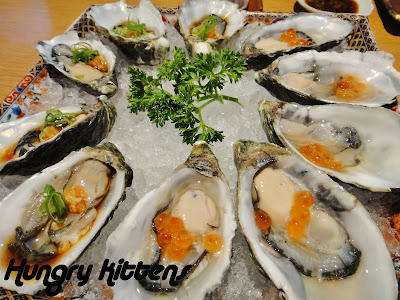 I chose 2 types of oysters: the ponzu sauce with grated white radish and the lime sauce with Canadian salmon roe. 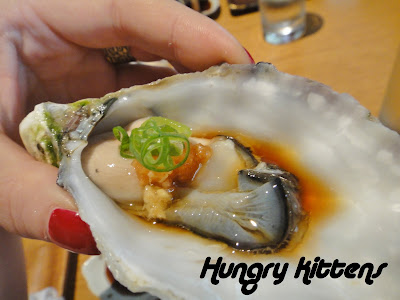 The oysters themselves were large, juicy and sweet but the toppings weren't distinct enough for me to have a preference. Both were good. 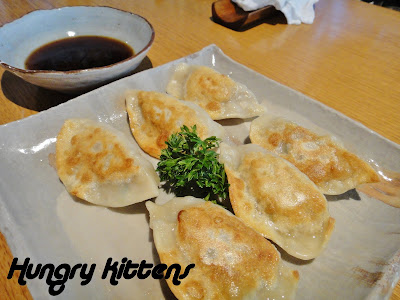 Next came the gyoza. These were crunchy on the outside and the filling was good but they weren't a standout dish. Gyoza is street food to me and there was nothing about this Sono version that pushed them to the next level. 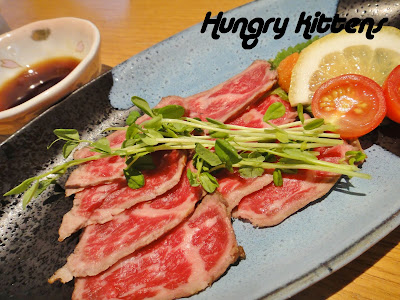 The beef tataki was very well received. It is rare beef, lightly seared on the exterior and thinly sliced. I thought it was delicious and so very tender. My dad in particular enjoyed this dish. 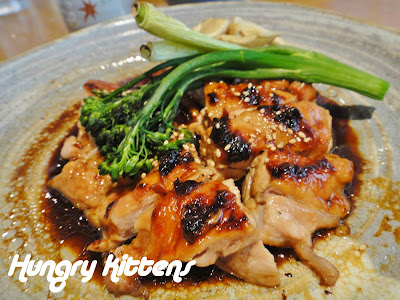 Our mains soon followed. The chicken teriyaki was something that Mochi insisted I try. Sure, chicken teriyaki is very pedestrian but I'm glad I ordered this because it shows how awesome simple food can be when executed well. The flavors (sweet and savory soy) were perfectly composed and the chicken was tender and juicy... no dry bits at all. 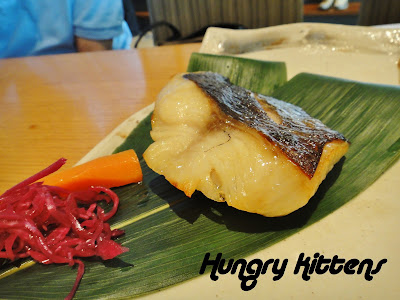 The black cod saikyo yaki sounded great on the menu (quote 'a very tasty and traditional dish') but let us down in terms of taste. Mum didn't mind it but the rest of us thought this dish to be the least impressive. The flesh was thick and there was nothing special about the taste. Maybe my taste buds are too hyperevolved and traditional doesn't cut it anymore :(. 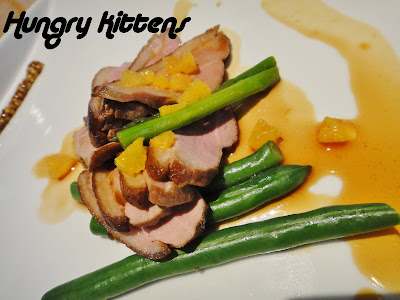 Duck teriyaki orange was something else I was really looking forward to, just cos I love duck. It was quite good. The duck wasn't fatty at all and had a nice, subtle orange flavor that went well with the wholegrain mustard. I've had more outstanding duck dishes elsewhere though. 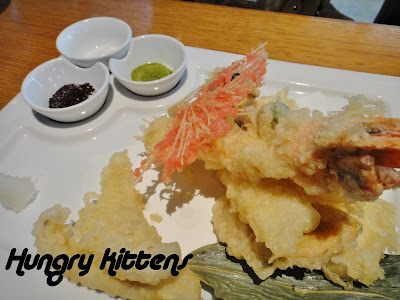 The tempura plate was next. There was an assortment of tempura items gracefully arranged on a plate, served with miscellaneous salts. The tempura was done just as so - light and airy and crisp. My grandma loves making tempura at home and marveled at how they can achieve this exterior consistency without over/under-cooking the inside. The tempura at Sono was good but honestly, tempura at most Japanese restaurants are at least passable so it wasn't anything to give a medal over. 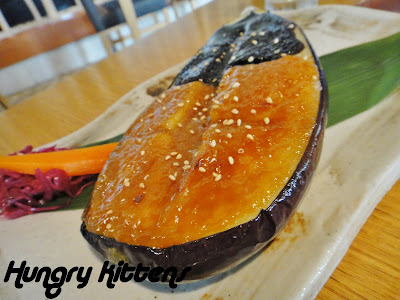 Contrastingly, the eggplant dish really was a standout. It was grilled to perfection with a soft, giving texture. My dad was so into this he started raving poetically about how 'ying and yang' the white and brown miso pastes were, giving the dish perfect harmony. I'm not sure if the skin was even supposed to be eaten but by the time my family were done, there wasn't a licking of sauce left on the plate. 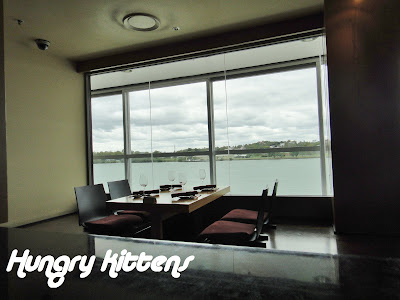 The service at Sono was impeccable, as is expected from a Japanese restaurant. That and the contemporary, open-spaced dining environment contributed to a casual yet sophisticated lunchtime experience. It helped that the food was consistently fresh, light and tasty. I am grateful for Mochi's recommendation to try Sono and would gladly go back to try more of their menu.
Labels: Dining Out, Favorite Restaurants, Informal Dining, Northern Suburbs