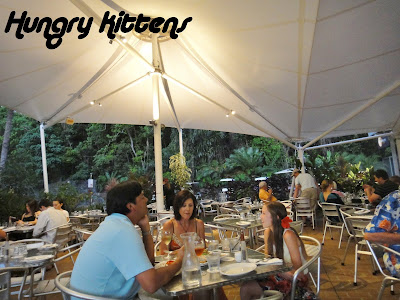 It's getting harder and harder for my family to organize group excursions because of my work and dad's post office hours. We try to take advantage of public holidays as much as possible. Queensland has a severe lack of consecutive public holidays in the second half of the year so we decided to do something over Christmas. This is annoying because the price on everything (flights and accommodation) is insanely jacked up and what you get in return is an overpopulation of holiday-goers and tourists. Oh well, what can you do? 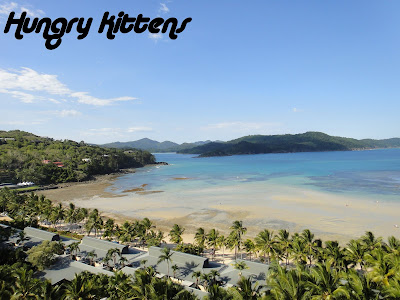 View from our hotel room

We took the plunge and booked a few nights at the Reef View Hotel. There were concerns about the weather (grandpa insisted he heard something about a cyclone) but luckily for us, the weather was stunning on every single day we were there. For an island/beach-based holiday, good weather is essential. 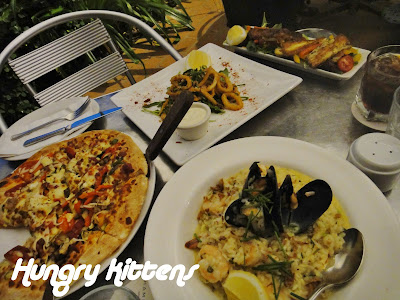 Now, down to food. Mum and dad heard that food on Hamilton Island was extremely dear so they hoisted over 30kg of food in the form of salads, tinned fish/meat, bread, weird Asian produce, instant noodles, wine and beer. Despite all this, I insisted we eat out at least twice.

On Christmas Day, we found ourselves totally unplanned but with a golf buggy to ride around until we found a suitable restaurant. I guess Christmas Day dining is a bit like booking out a venue for a wedding. Restaurants like to take advantage of the occasion and milk your money like there's no tomorrow. Two places that we went to weren't doing their 'usual' menu but instead had special 'Christmas Menus' that were all over $120 per head, not including drinks.

Feeling discouraged, we ended up at Manta Ray Cafe, one of the only places still offering normal food at normal prices. It was my shout and I was using the age-old excuse of 'it's Christmas so I can eat as much as I like' to order a whole bunch of things to share. 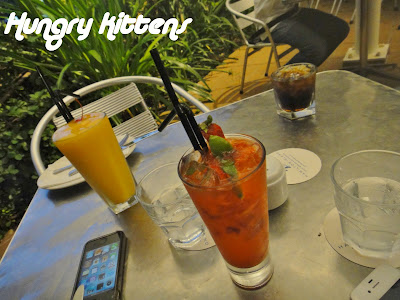 Drinks were ordered to start with. I had a strawberry mojito and mum tried the alcoholic mango smoothie. Both were good. The mojito in particular was very refreshing, great for summer beach weather. 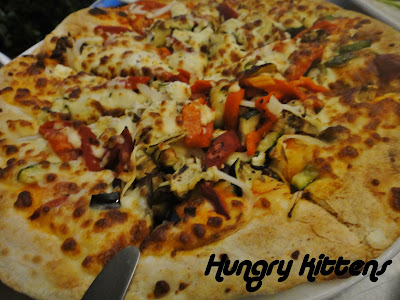 The vegetarian pizza was my pick. I have a weakness for vegetarian food, especially in pizza form. This one wasn't that great. It was completely under-seasoned and the base was fairly average. Adding lots of salt made it... edible. 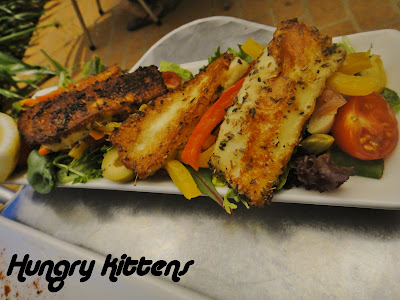 The haloumi salad wasn't so much a salad as lots of slabs of haloumi on a sparse scattering of leaves. I have no complaints about high quantities of haloumi but some of these pieces were burnt to the point of bitter. 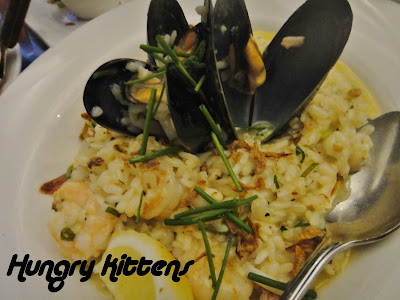 Dad's pick was the seafood risotto. Mum and dad thought this dish was quite nice but I found it boring and bland. The rice was also too al dente for my liking. On that point, they agreed. 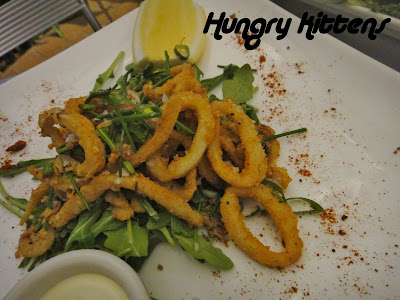 Mum was craving salt and pepper calamari so she ordered a plate of that. It was alright - crunchy and not too squishy on the inside. The pieces were rather 'broken' though, if that makes sense. Like, rather than nice, whole rings, there were crumbly bits everywhere. Kinda like the bottom of a chip packet.

I was full by this point but got carried away by the Christmas spirit and insisted on dessert. I ordered the tiramisu and chocolate mudcake. 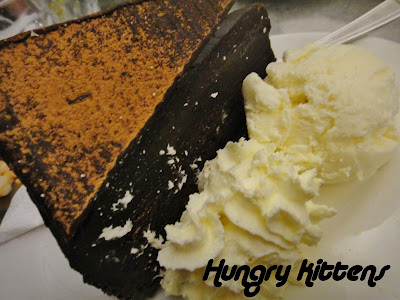 The chocolate mudcake was so extremely decadent. I suppose that's good for mudcake but I haven't eaten anything that rich in so long that it was a struggle getting even a mouthful down. Dad thought it was good but mum was equally overwhelmed as me. 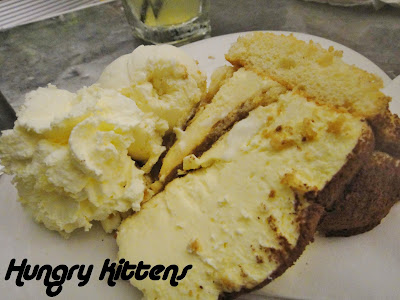 Contrastingly, the tiramisu was fresh and light. I much preferred this as a dessert to end our meal. I would've liked it to be a bit more booze-soaked but otherwise, it wasn't too bad. 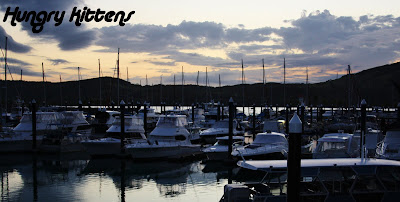 Manta Ray Cafe was quite standard for a cafe in terms of food. Nothing amazing but nothing to really complain about. The service was very pleasant though and of course, the environment was lovely with the marina yachts and water right next to us.
Labels: Cafe and Bistro Dining, Casual Dining, Dining Out, Hamilton Island