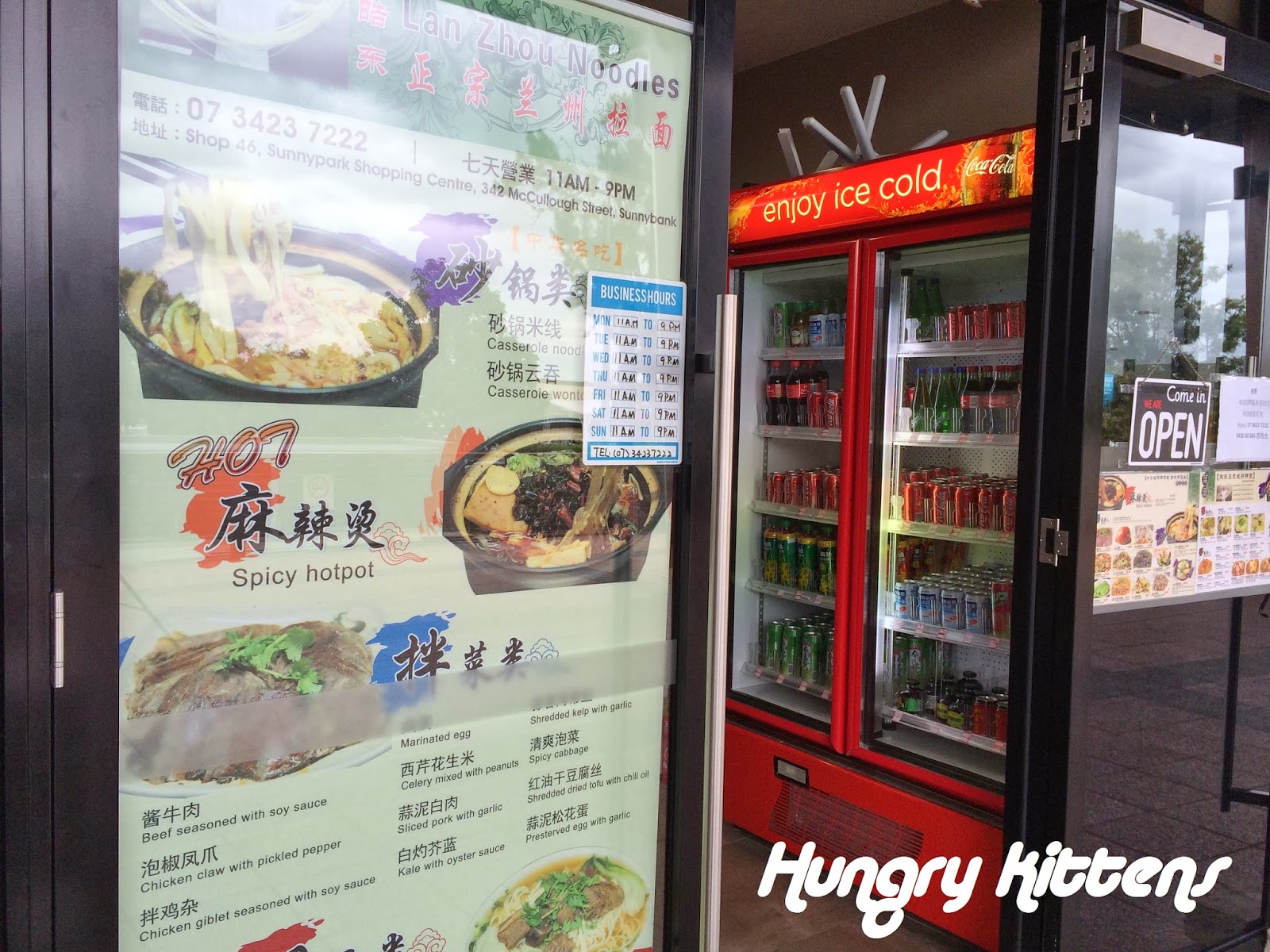 My parents and I went on a really lame adventure last weekend trying to track down a new restaurant dad read about in a local Chinese newspaper. It turns out (after embarrassingly sitting down and then moving on from 3 incorrect restaurants) that the place he had in mind hadn't even opened for business yet. Our last stop took us near Lan Zhou Noodles, which is also a newish venture and interesting enough that we decided to have lunch there instead. 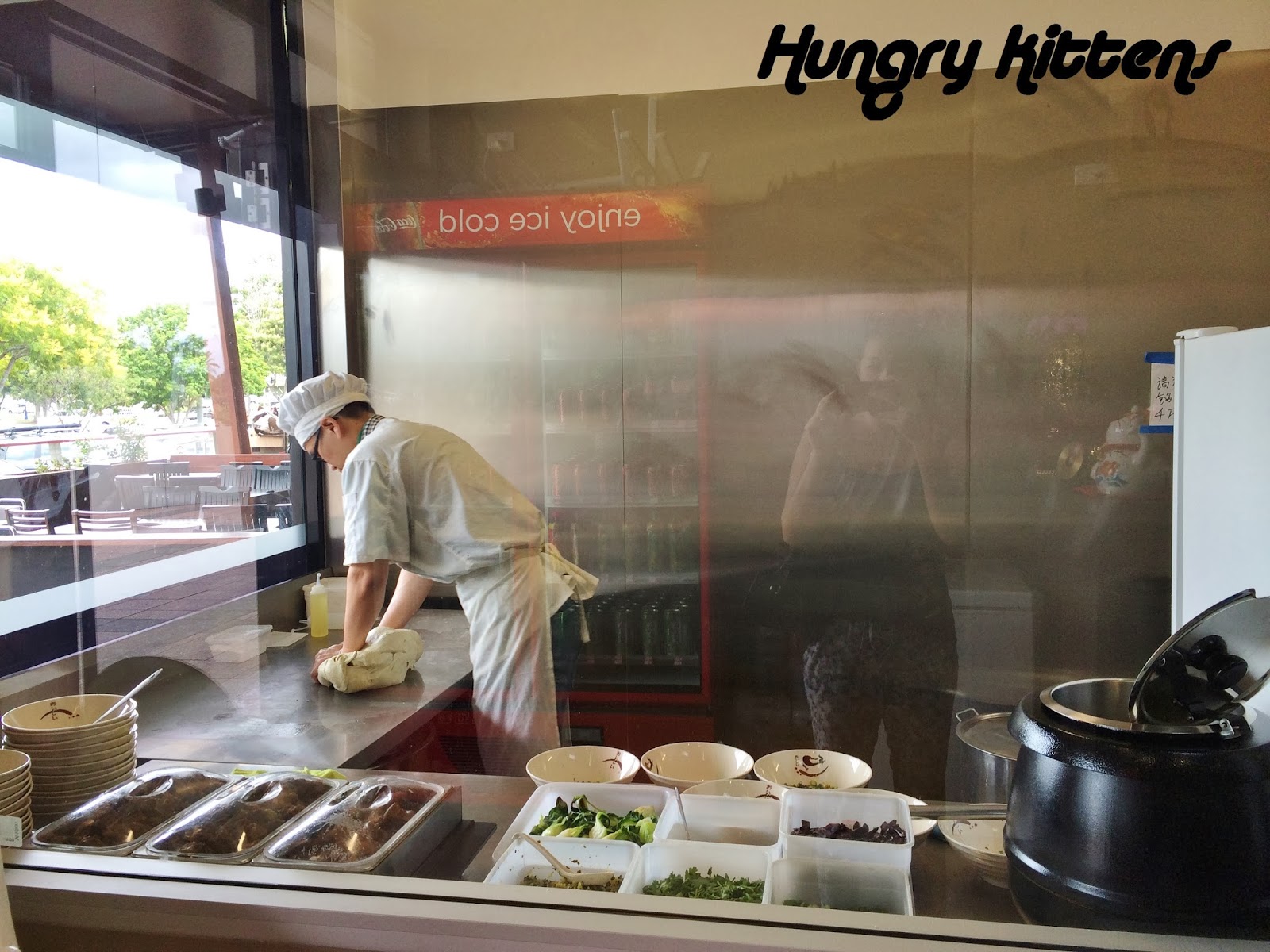 The shopfront is long and narrow with a window at the front where you can watch the noodle master at work. 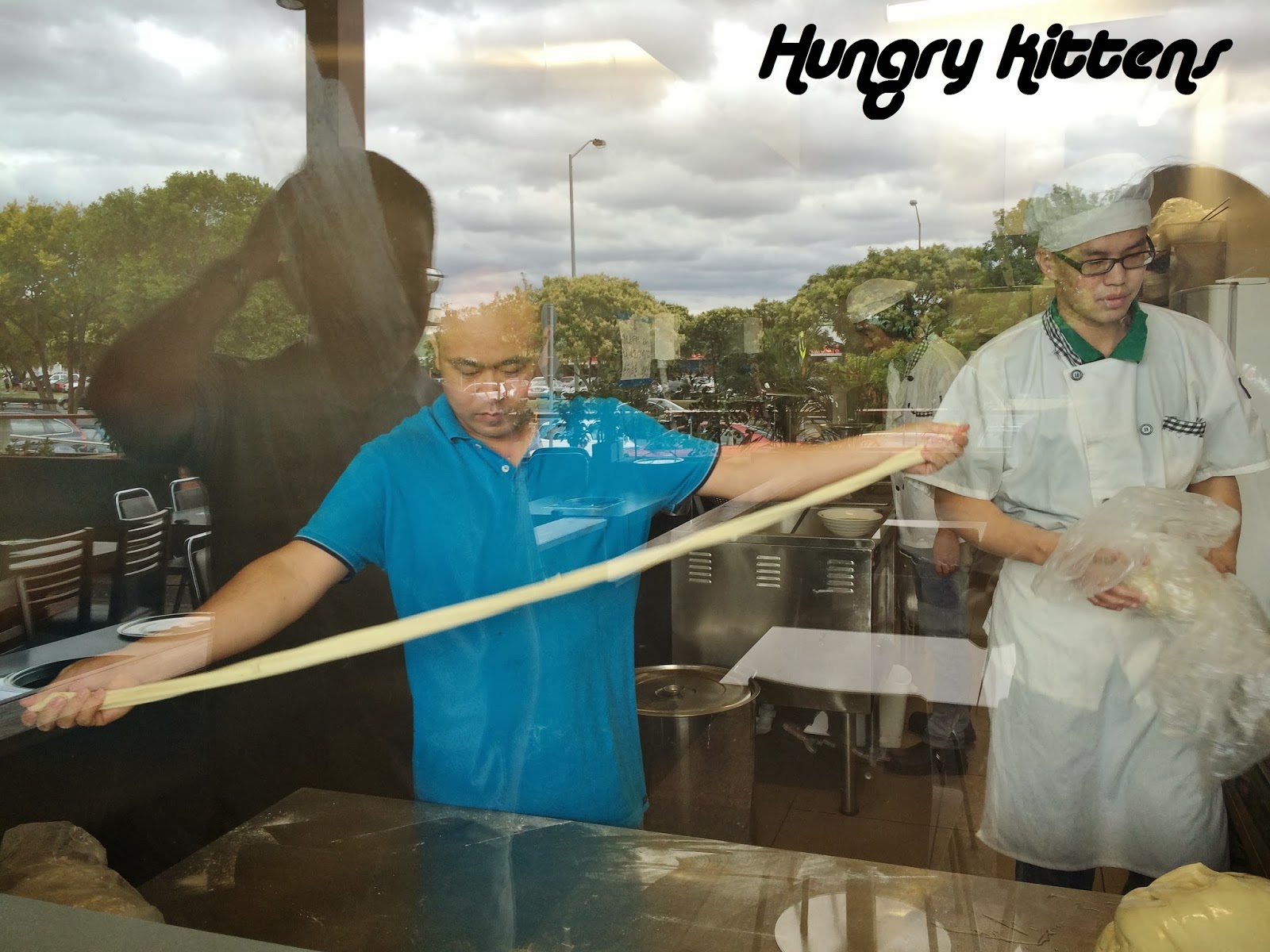 Lan Zhou is a part of China famous for something called pulled noodles. This doesn't need much explanation because in summary, it describes noodles that are literally stretched and pulled into shape before being cooked. 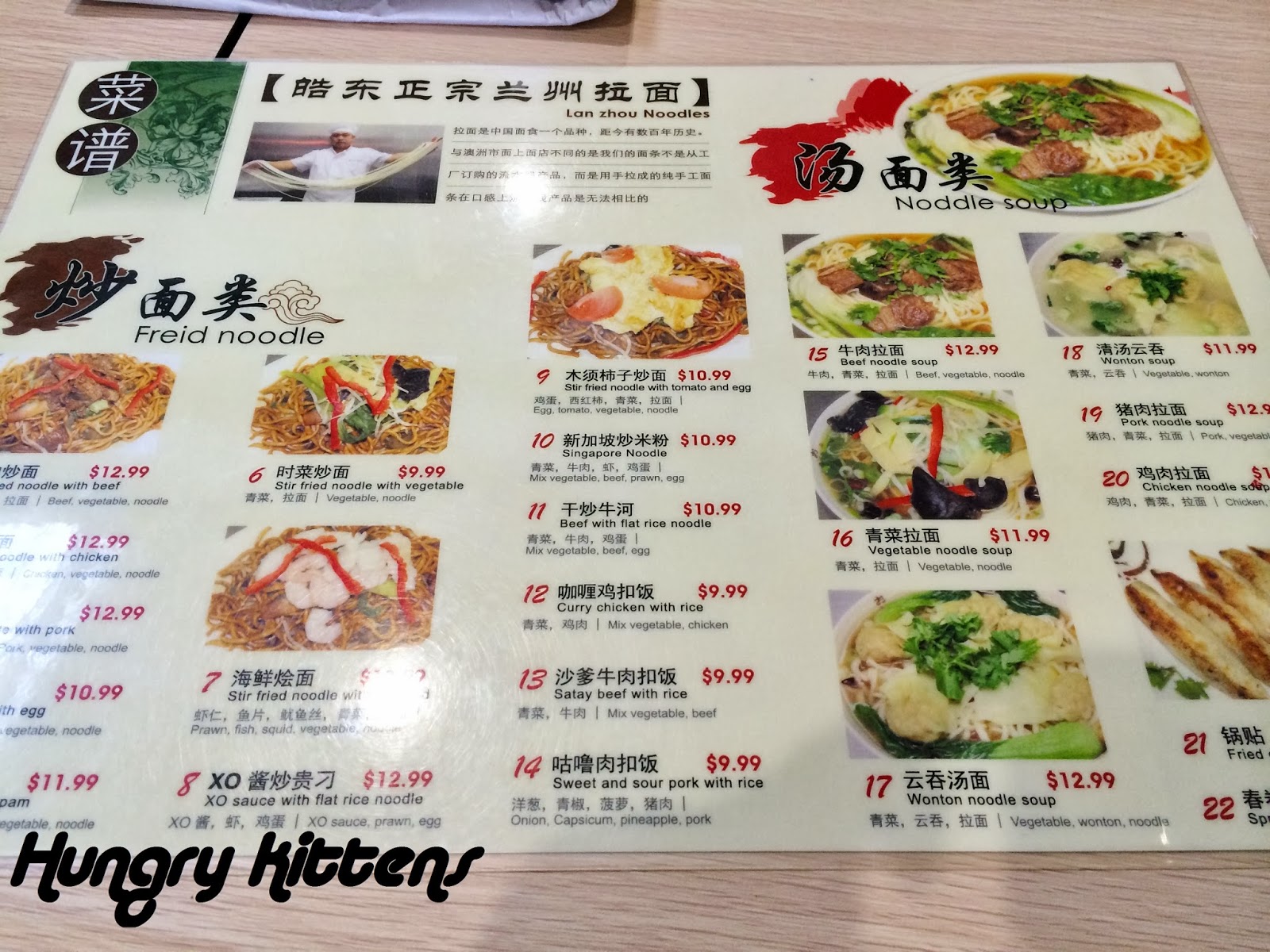 The menu is fairly simple with either soupy or stirfried noodle dishes, plus some 'casseroles' which I think are just their idea of one pot with lots of things boiled together. My mum and dad both ordered the beef noodle soup. I'm trying to be low carb these days so I opted for the wonton casserole and some tea eggs. 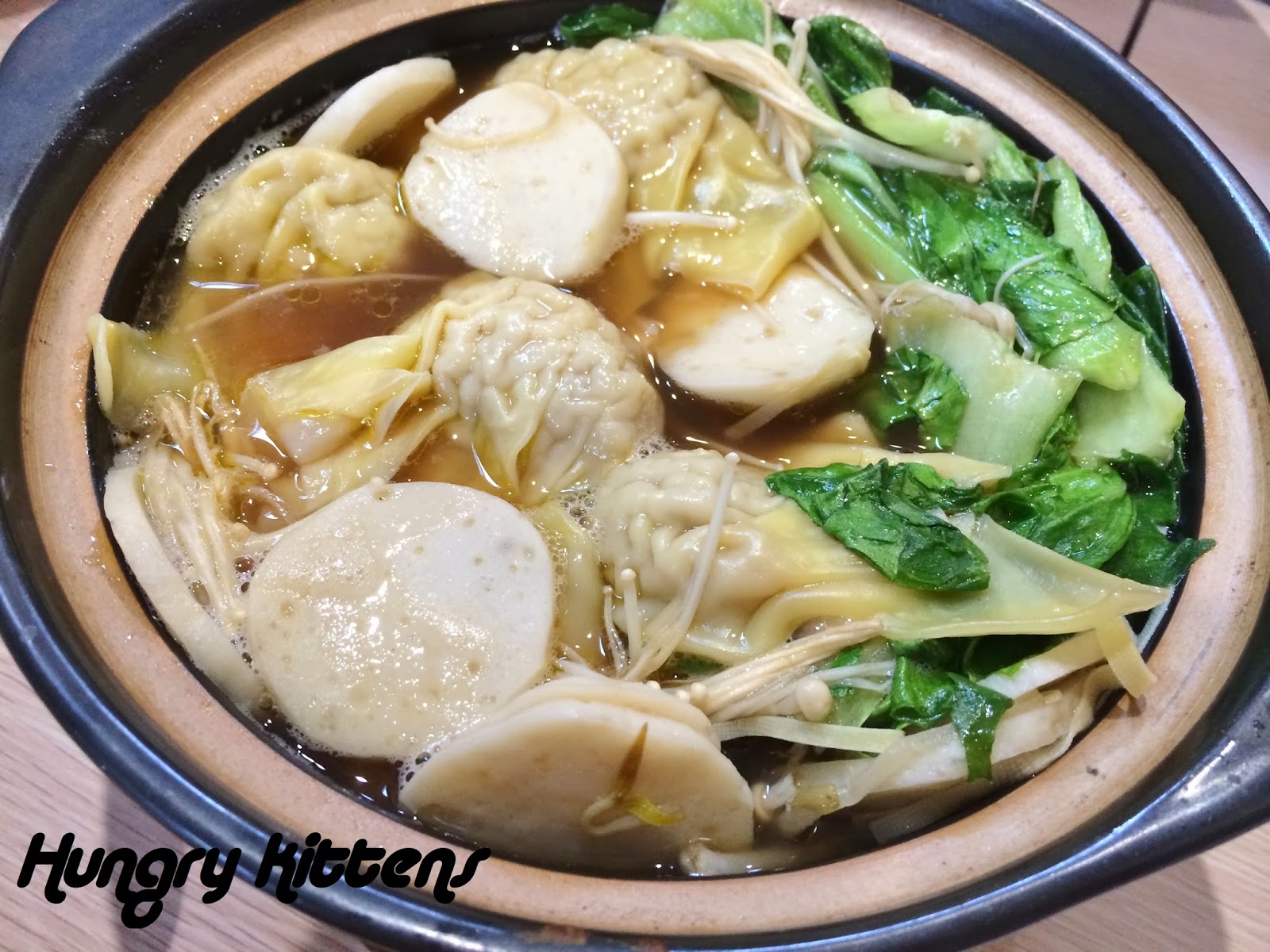 My dish arrived first so everyone dug in for a taste. The wontons themselves were pretty good. When my family make them, we use bok choi, pork mince, shiitake mushrooms and sometimes prawns. These ones just had a seasoned mince but they were juicy and flavoursome. What's more remarkable is the soup itself, which had a very unique flavour. Dad commented that it tasted vinegary, but not in a bad way. He normally hates vinegar in food but he couldn't stop sipping at my soup. My mum ended up proclaiming my dish as the tastiest. 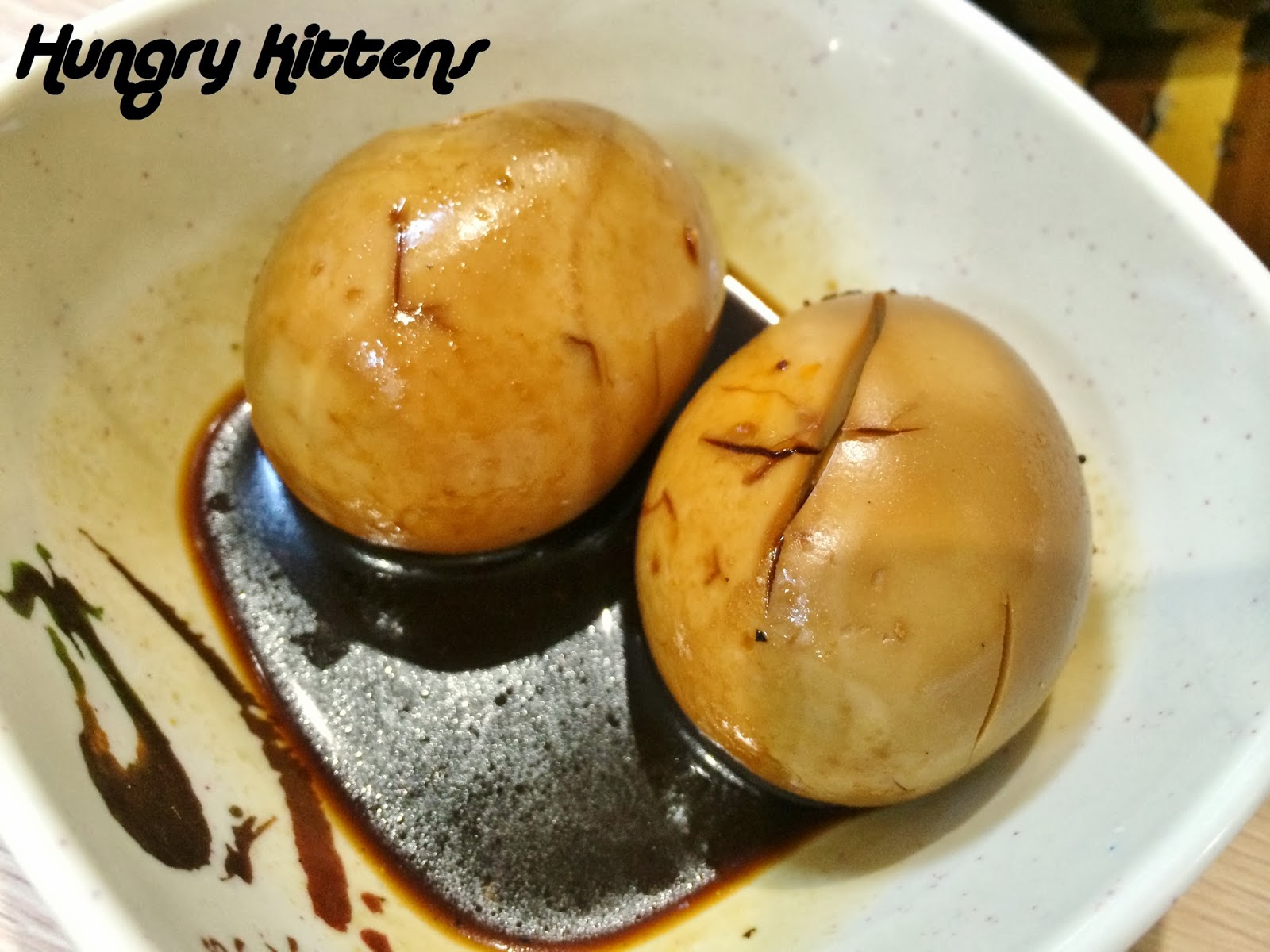 The eggs were pretty good although the flavour wasn't totally infused into the egg. It was a good filler and if you're on a low carb diet, also considerably healthy. 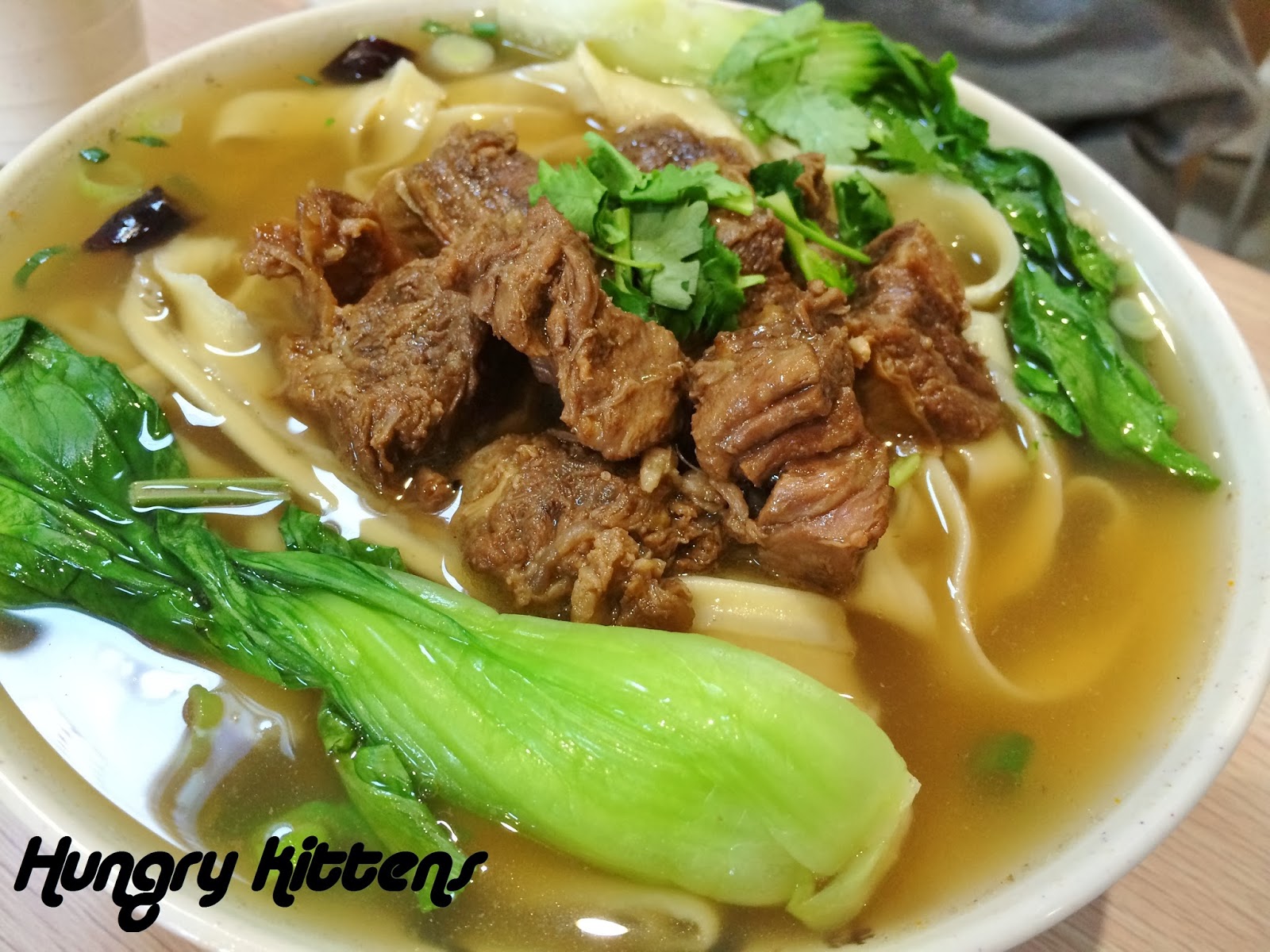 Although mum and dad ordered the same dish, dad requested his noodles to be pulled extra thin and mum asked for thick. I took a photo of both to show the difference. Now, you may have wondered "what is the point of pulled noodles?" Aside from the novelty factor, in theory pulled noodles are meant to have more of a bite to them because the pulling works the gluten. I'm not much a noodle connoisseur but apparently 'bite' is one of the textural elements that are considered favourable. I suppose it's the same thing as wanting pasta 'al dente'. 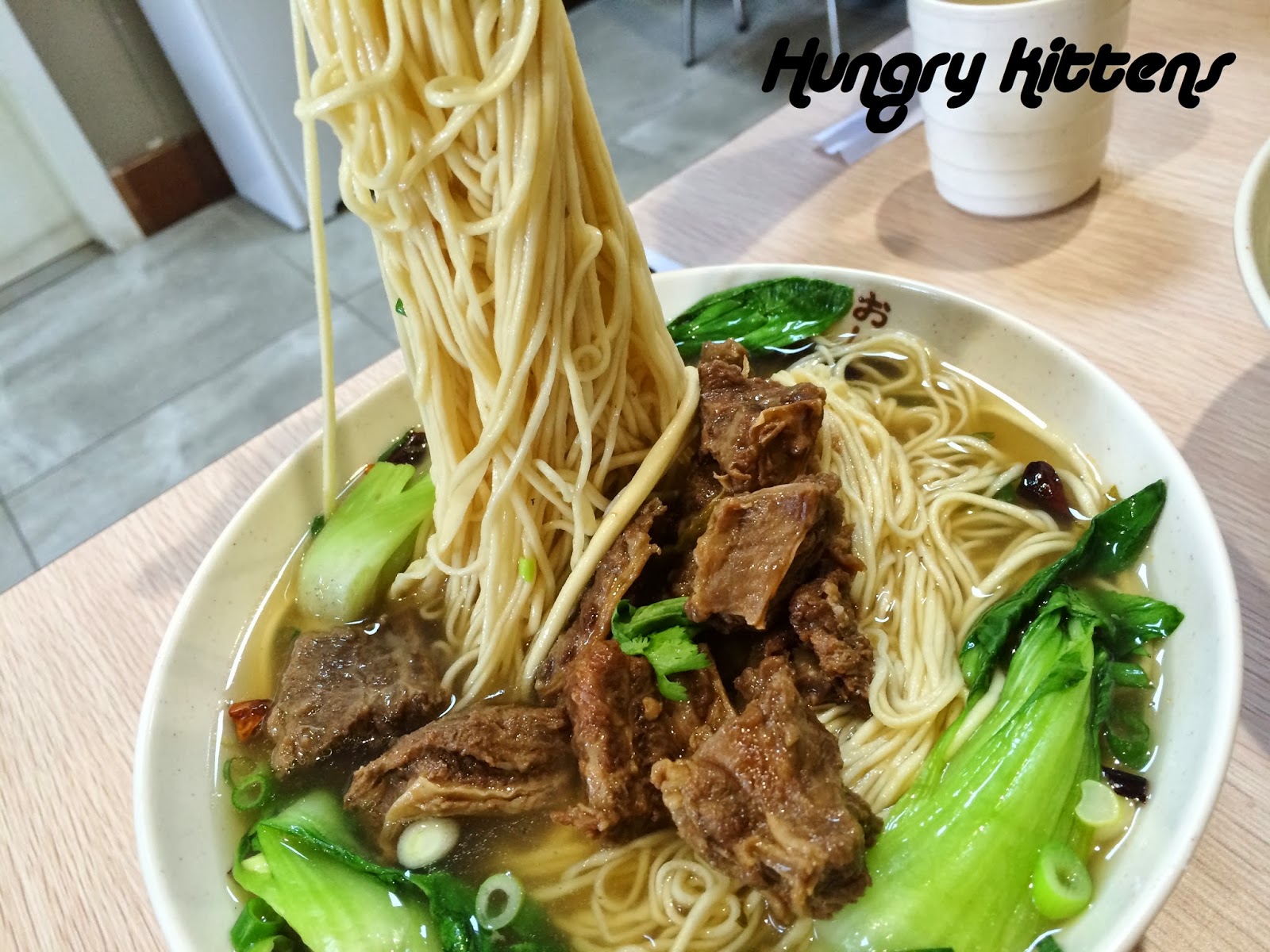 Now, we're not sure what went wrong here, whether it's the pulling or the dough itself (more likely the latter) but the noodles had no bite at all. I tried a bit of both thicknesses and conclude that it was almost soggy, like overcooked instant noodles. It's a shame because the two bowls looked delicious and we had such high hopes. The beef soup was quite good (though not as interesting as mine) and the beef pieces themselves were really tender and tasty. 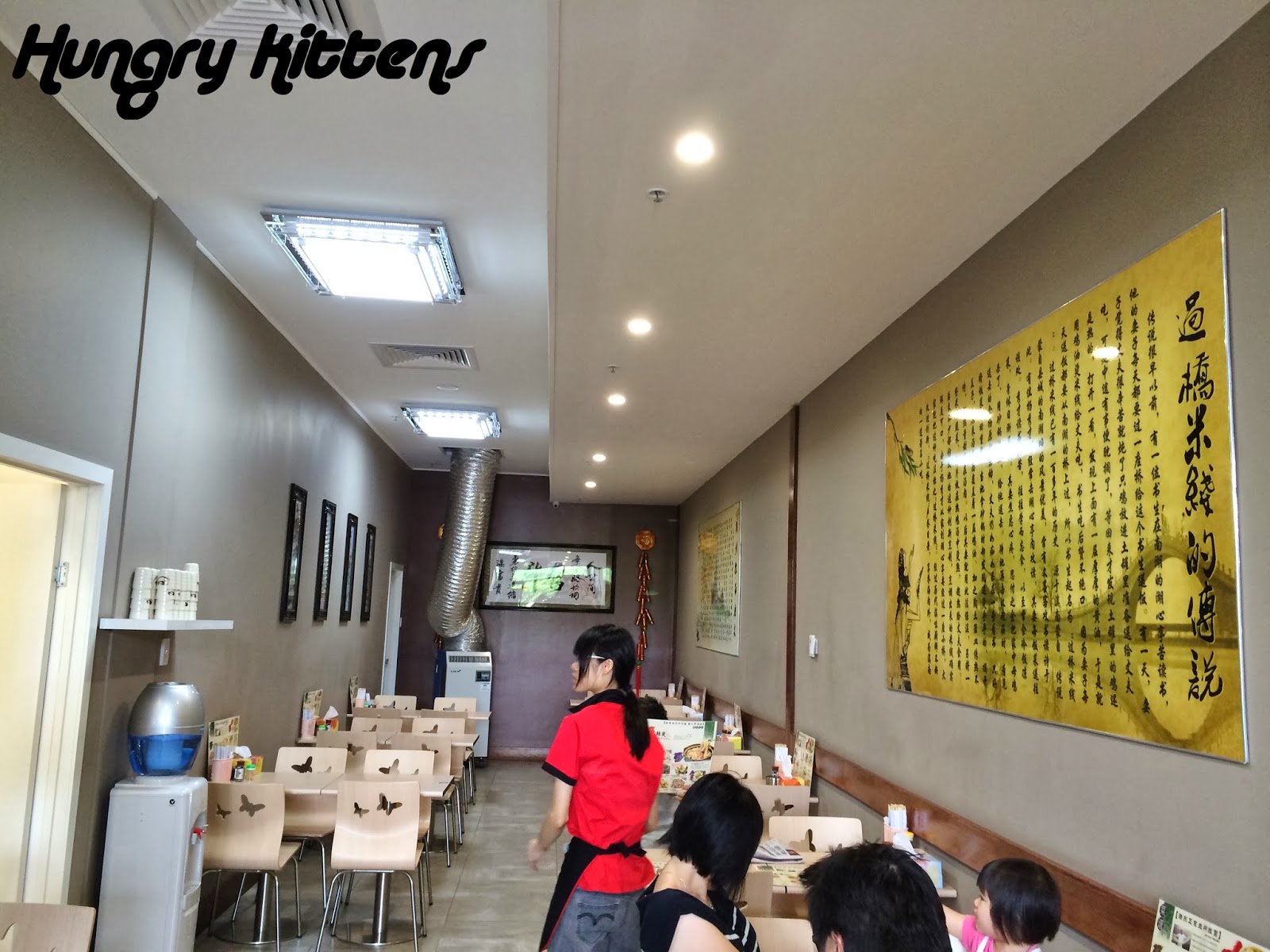 Needless to say, Lan Zhou Noodles was a disappointment for us. I'm yet to try a good version of pulled noodles so I'll be interested to know if you've had any better experiences. I will say that my wonton casserole was quite good. And the service is fast too.