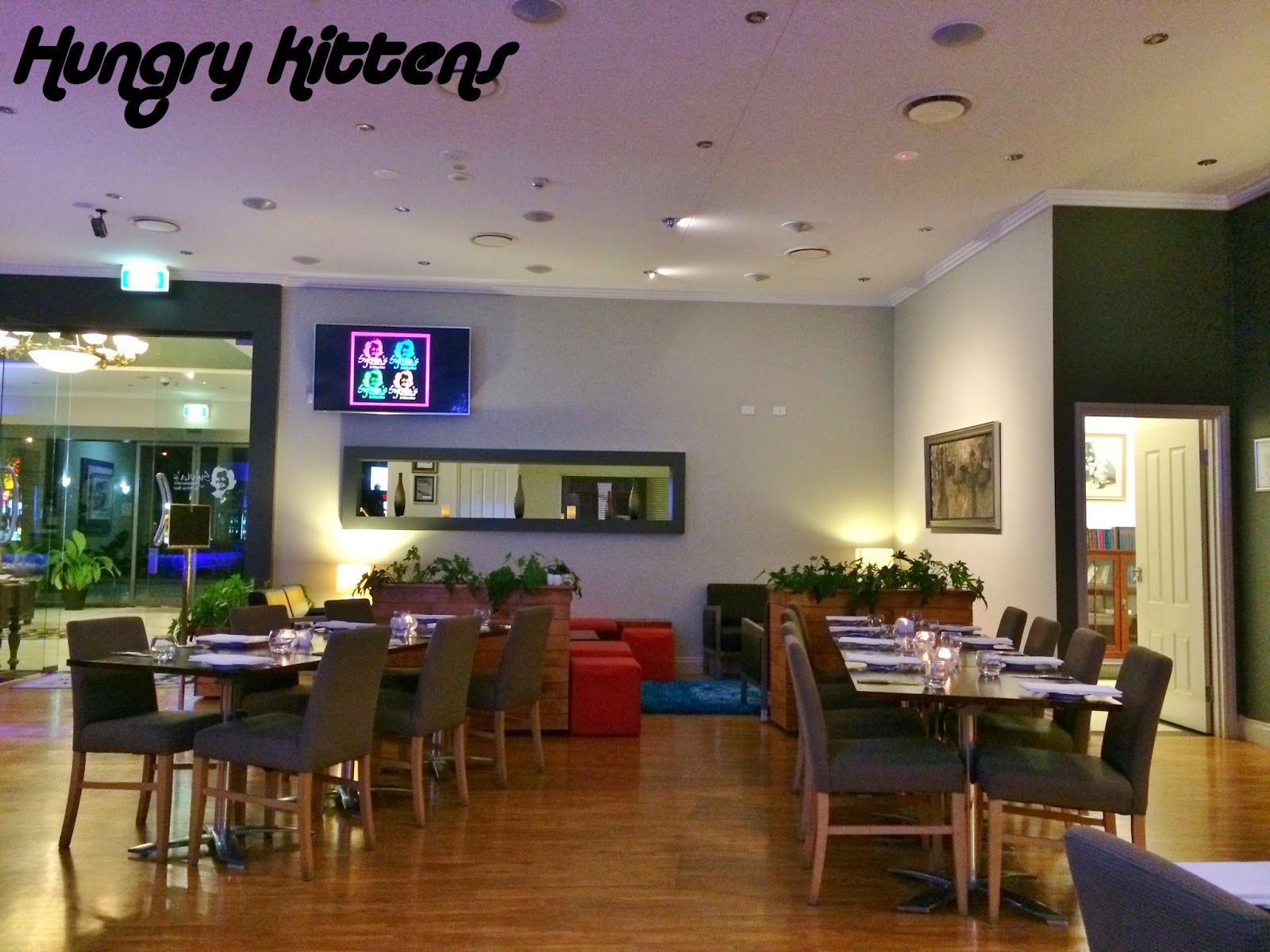 I'll start this post with a slight side story about geographic disorientation. What I mean is... have you ever noticed that places you are familiar with don't feel that far away but anywhere new and uncharted automatically feels a world away? I grew up in the Eastern suburbs of Brisbane on the south side of the river. Whenever someone tells me a suburb I've never heard of before, I assume it's in the northside. 9 out of 10 times, I'd be correct.

Contrastingly, if I hear of a restaurant in a familiar-sounding suburb, I don't think twice about booking a meal there. Never mind the fact that I now live in an inner city suburb and said restaurant takes close to 40min to get to. 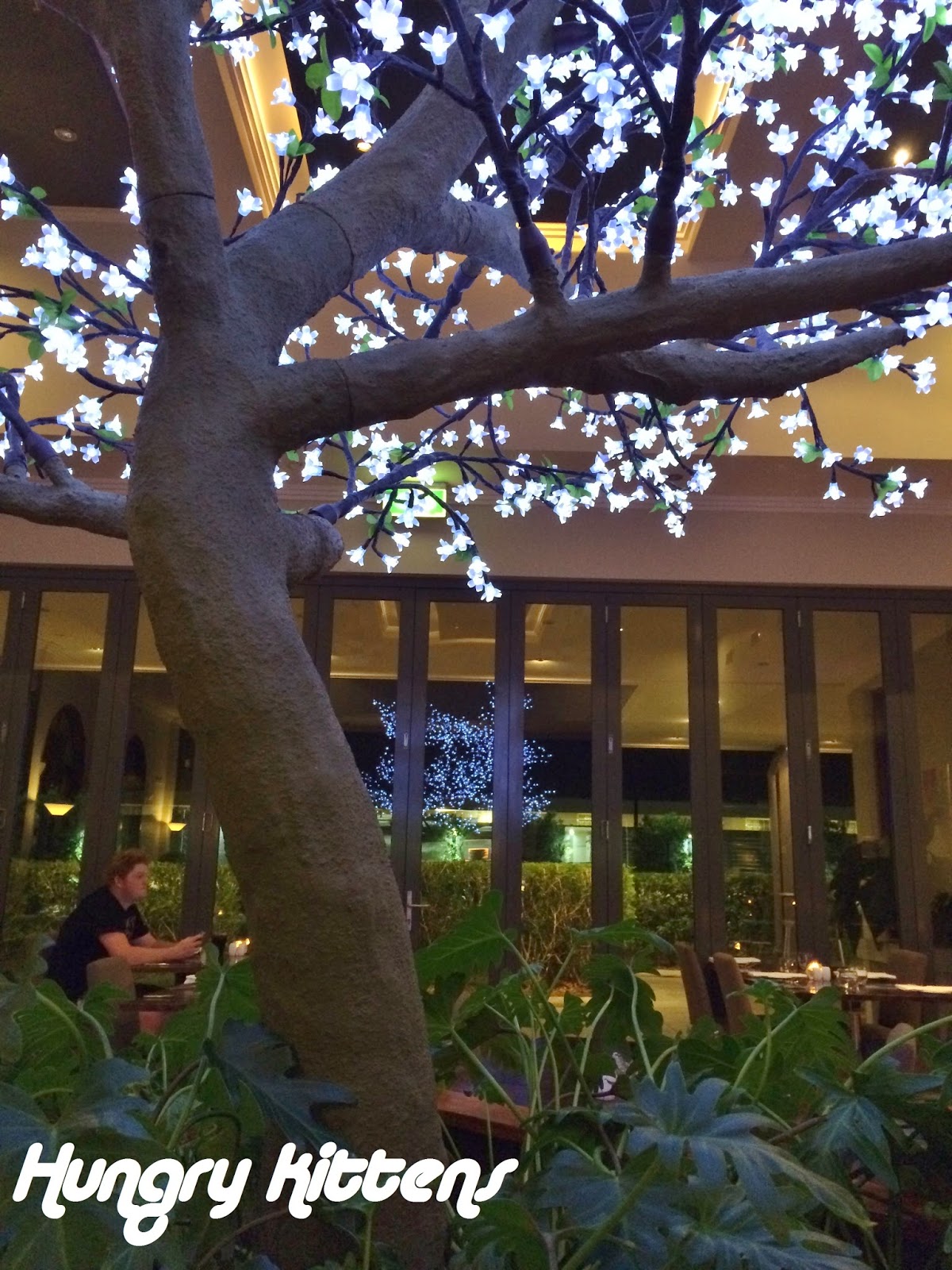 This was the case with Sylvia's restaurant in Wynnum. We made our (lengthy) way there a few Wednesday nights ago for dinner. I'm still not entirely sure what the Shangri-La Gardens in Wynnum is but it provides accommodation and also acts as a venue for wedding receptions. We felt a bit strange going there for dinner, especially since there wasn't another dinner guest in sight (a couple of wine drinkers excepting). It ended up being rather nice, actually, with the vibe of having an entire restaurant staff to ourselves. 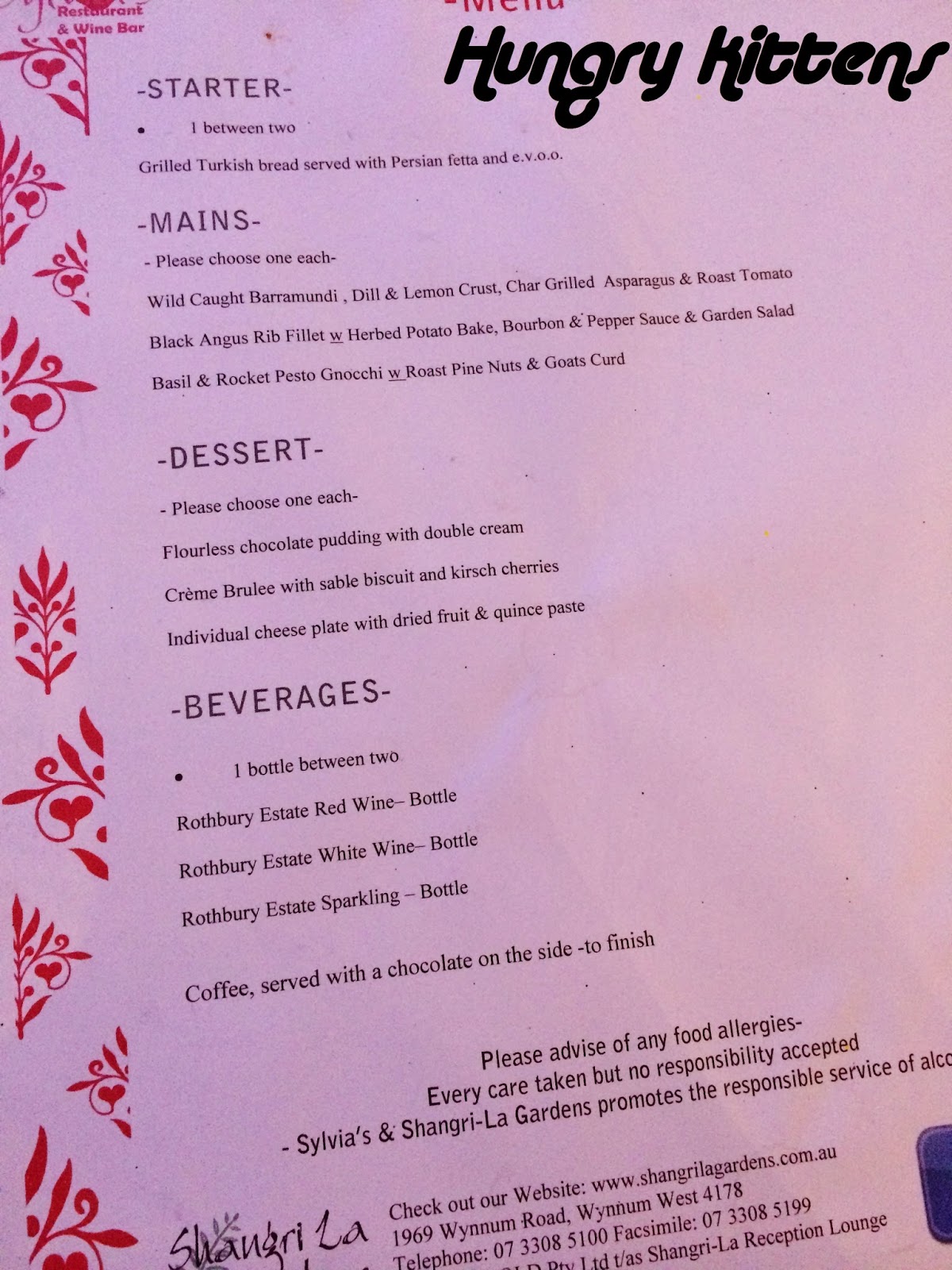 Marc and I had a bottle of red to share, some bread to start, a main each and a couple of desserts. 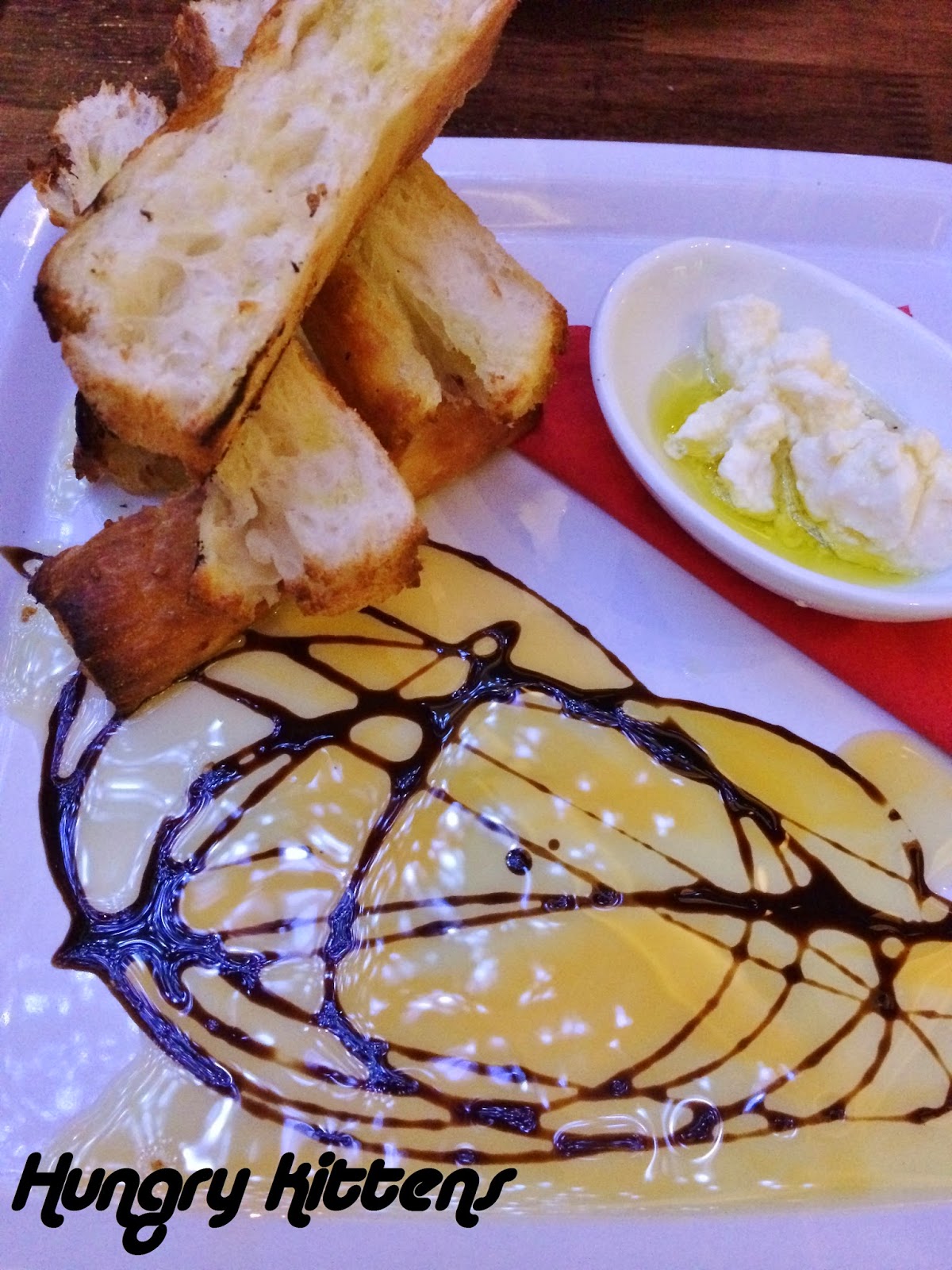 The toasted turkish bread arrived first and we were both pleasantly surprised by how good it was. I must have been served a lot of dodgy bread starters in recent times because it was so nice to taste something crispy and toasty on the outside, but soft on the inside, like all bread starters should be. The feta spread on the side tasted like cream cheese and was a welcome change from plain olive oil and balsamic. 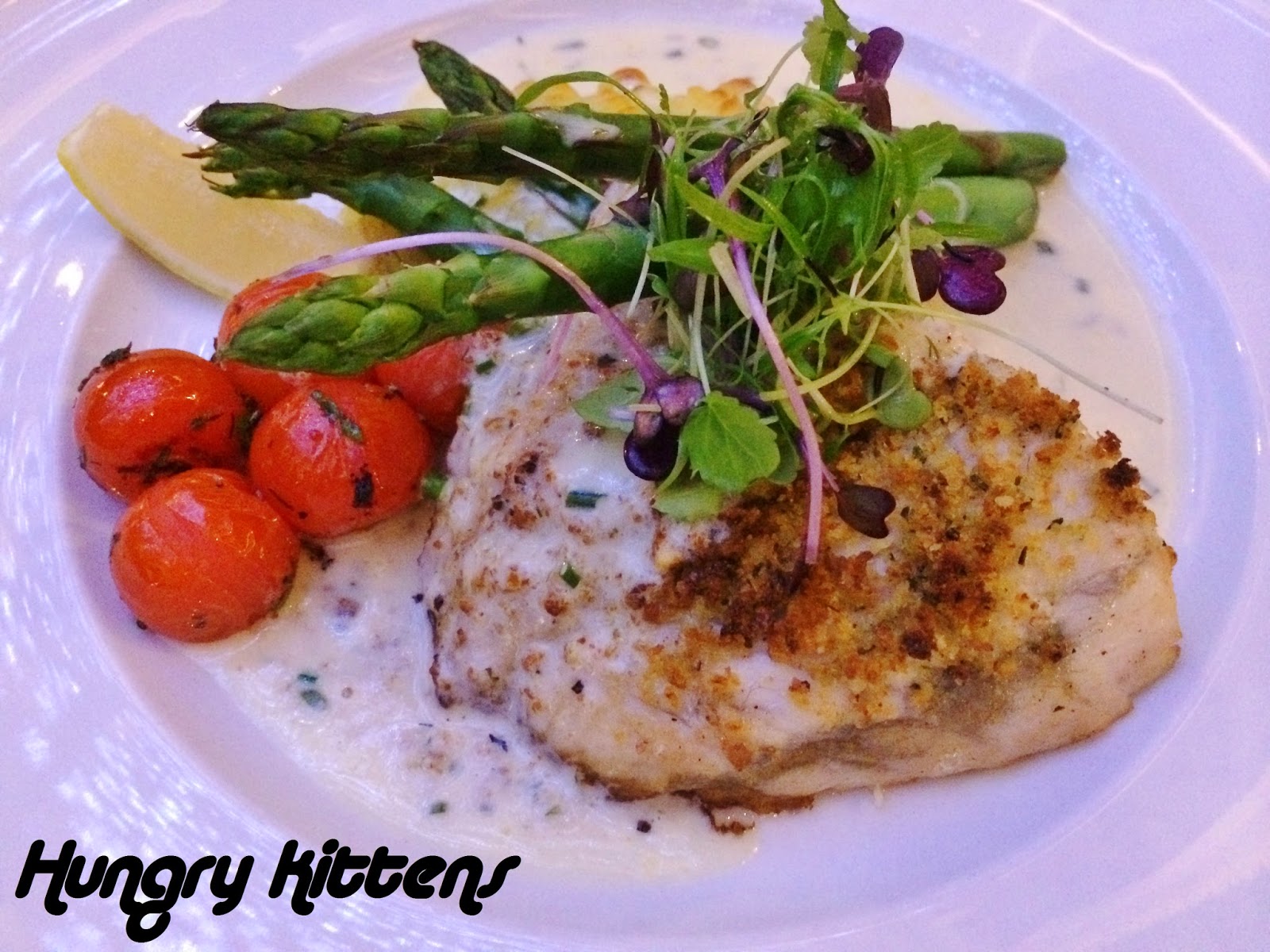 My main for the night was the seared barramundi. I order fish at restaurants with minimal expectations because it's usually bland and overcooked. This fish was really tasty and didn't rely on a smothering of creamy sauce either. The barra itself was cooked just right so it wasn't tough. I liked the mashed potato but I'm not sure if it's the most fitting side. The asparagus was meh. 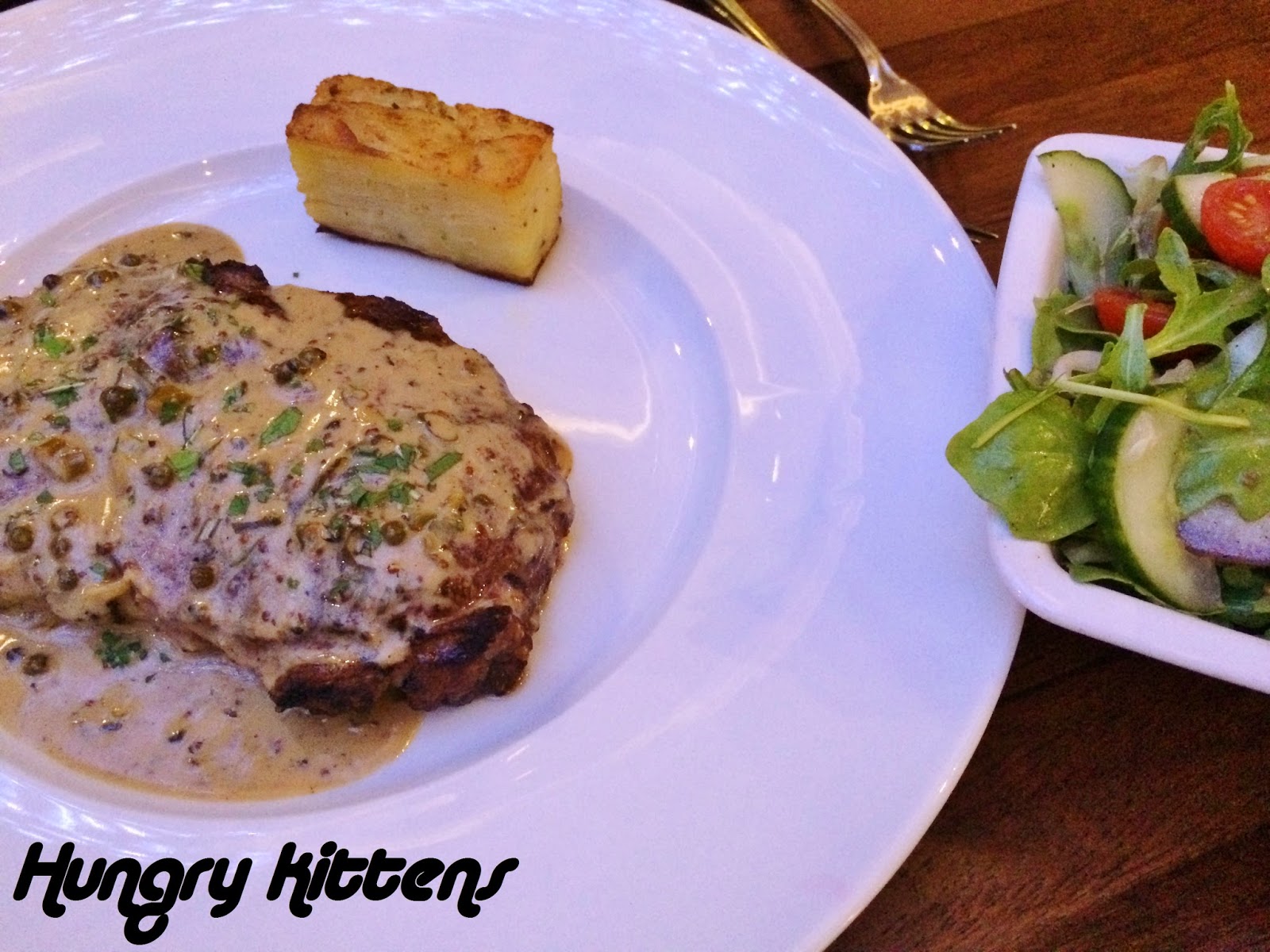 Marc had the rib fillet in medium. We bought thought it was a tad overcooked but it was still reasonably juicy. 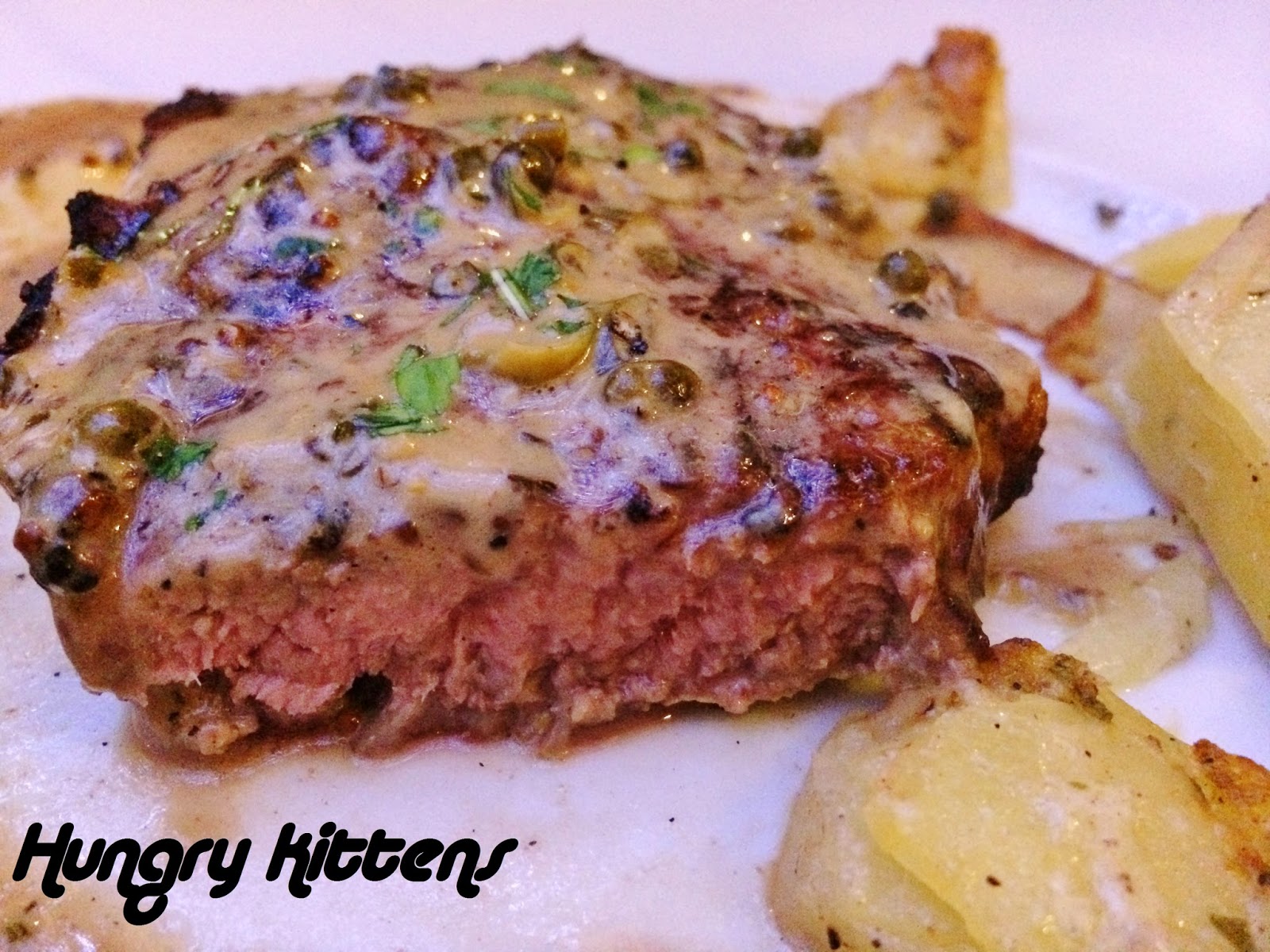 It was served with a creamy pepper sauce, potato stack and fresh garden salad. 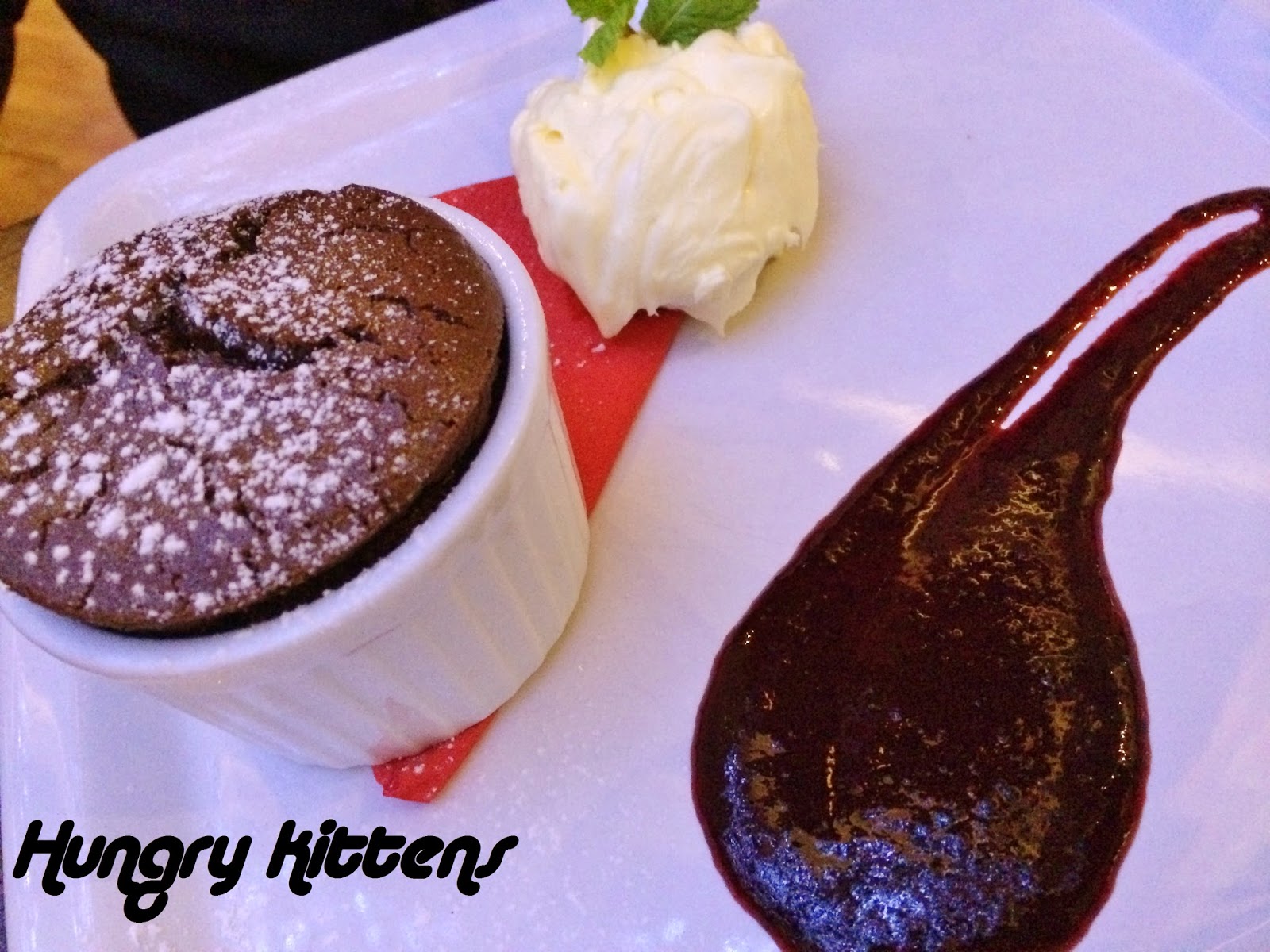 I was feeling very merry with wine by the time the desserts rolled around. Marc shot-gunned the chocolate pudding. It was sort of like a warm chocolate cake served in a ramekin, mimicking a souffle. It had a dark, cocoa flavour and I thought it was pretty good but could have used more ooziness in the centre. 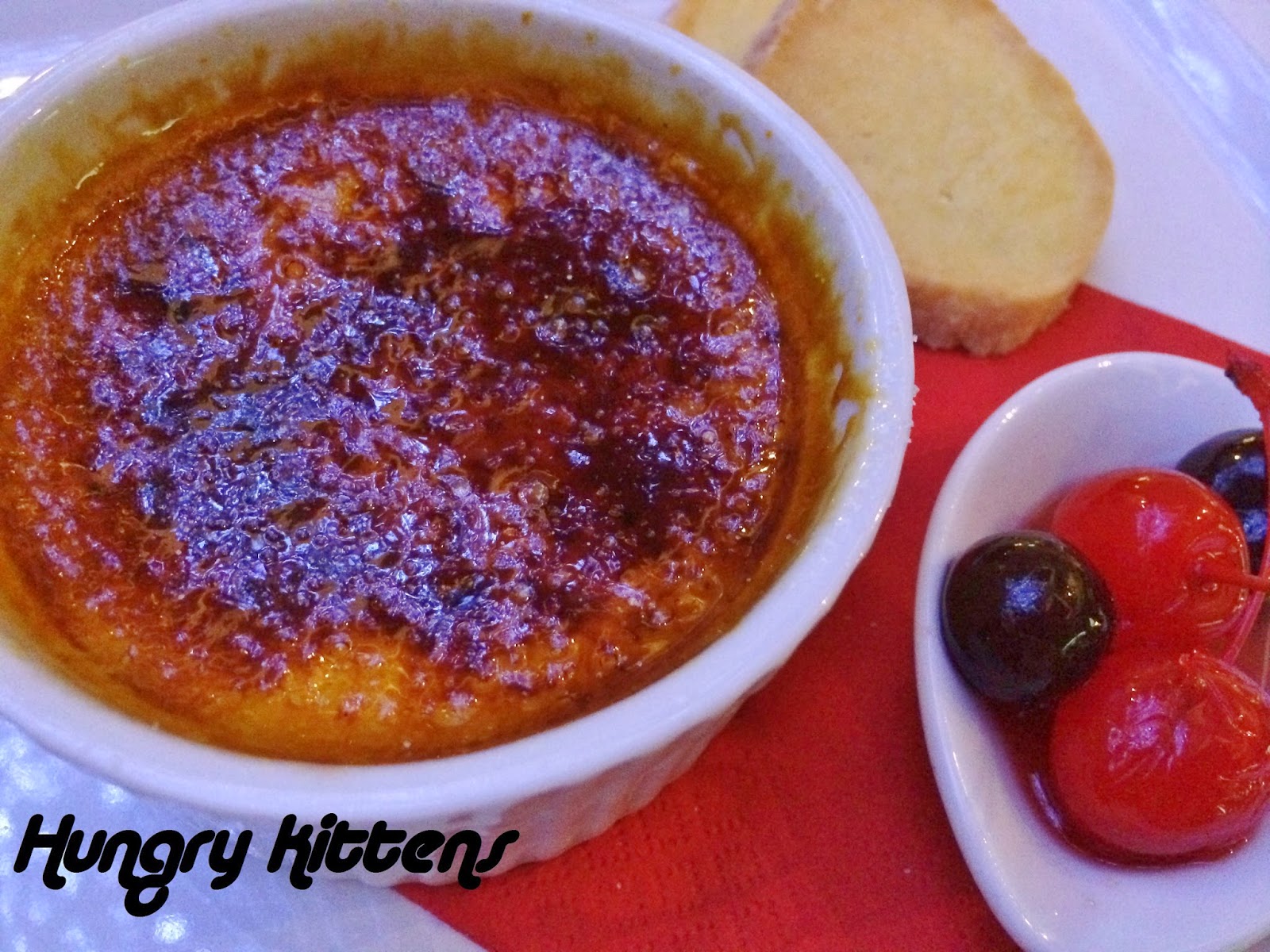 My creme brulee had an interesting texture. It almost tasted eggy in a way that suggests it split. 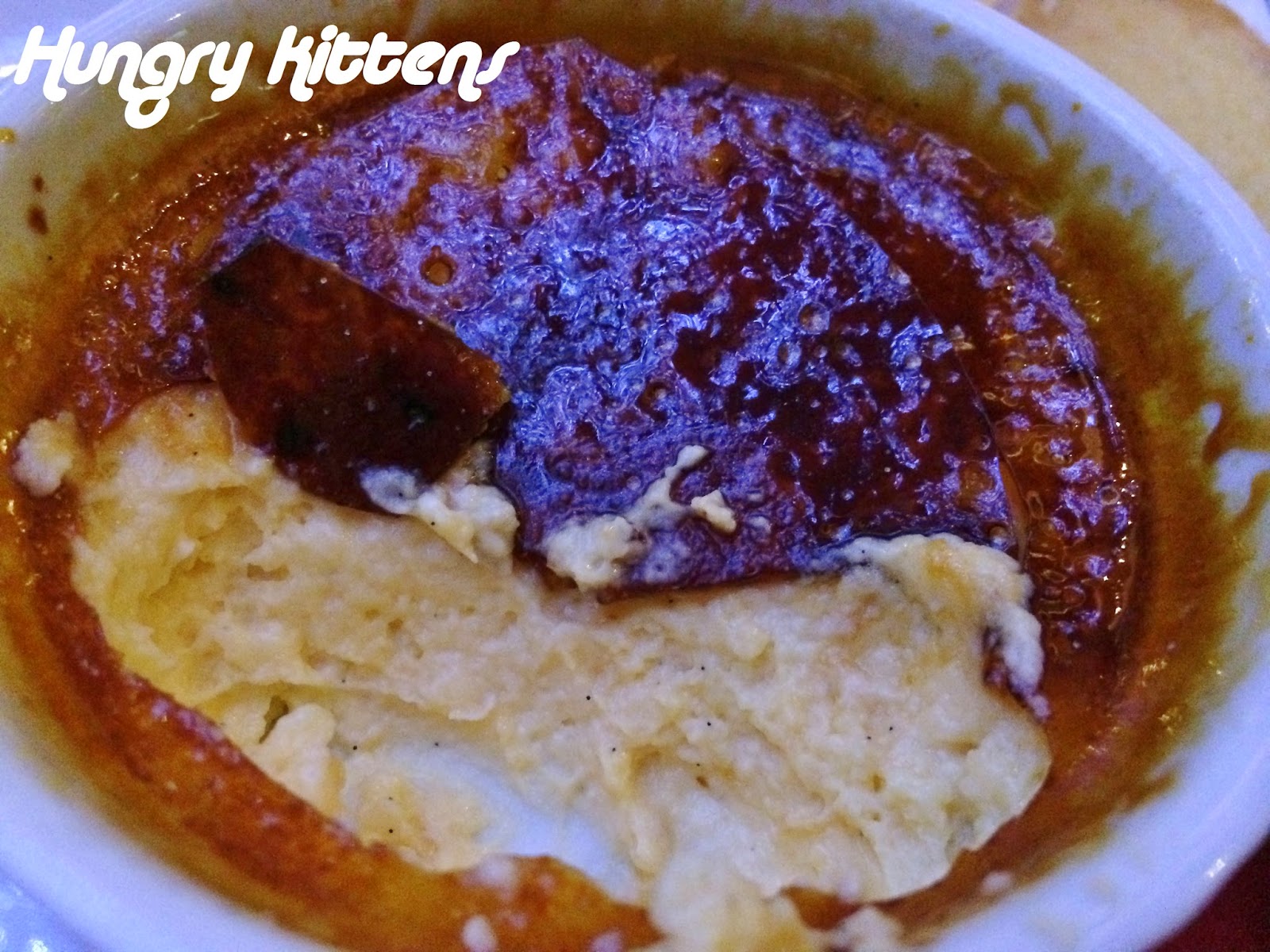 Inside of creme brulee

I did't mind that much because it sort of made it feel less rich than usual. In any case I finished the whole thing.

We were reasonably impressed with the food at Sylvia's restaurant. I reckon if this food was served up at some inner city establishment, people would pay top dollar without blinking. As it is, the location is quite out of the way so I won't pretend I'll be making a follow-up visit, but if you're in the vicinity and need a meal, it's a safe place to drop by. Our waitress for the evening was so lovely and we enjoyed the feeling that it was a private space just for us.