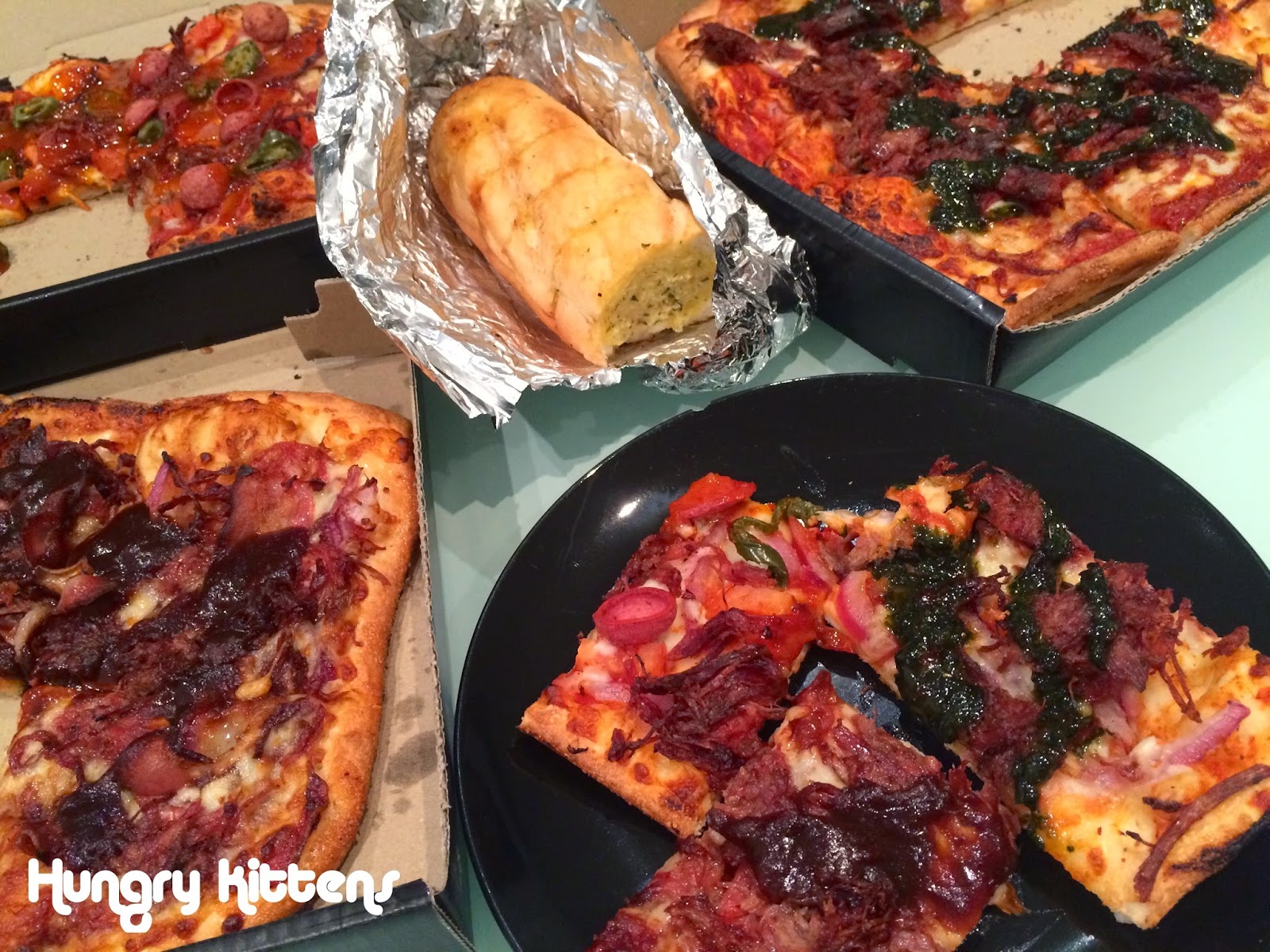 Following the success of Domino's pulled pork range, they've now released a range of Chef's Best pizzas featuring pulled beef. I was invited to try all three new varieties last night, as well as a serving of churros for dessert. More on that later though... 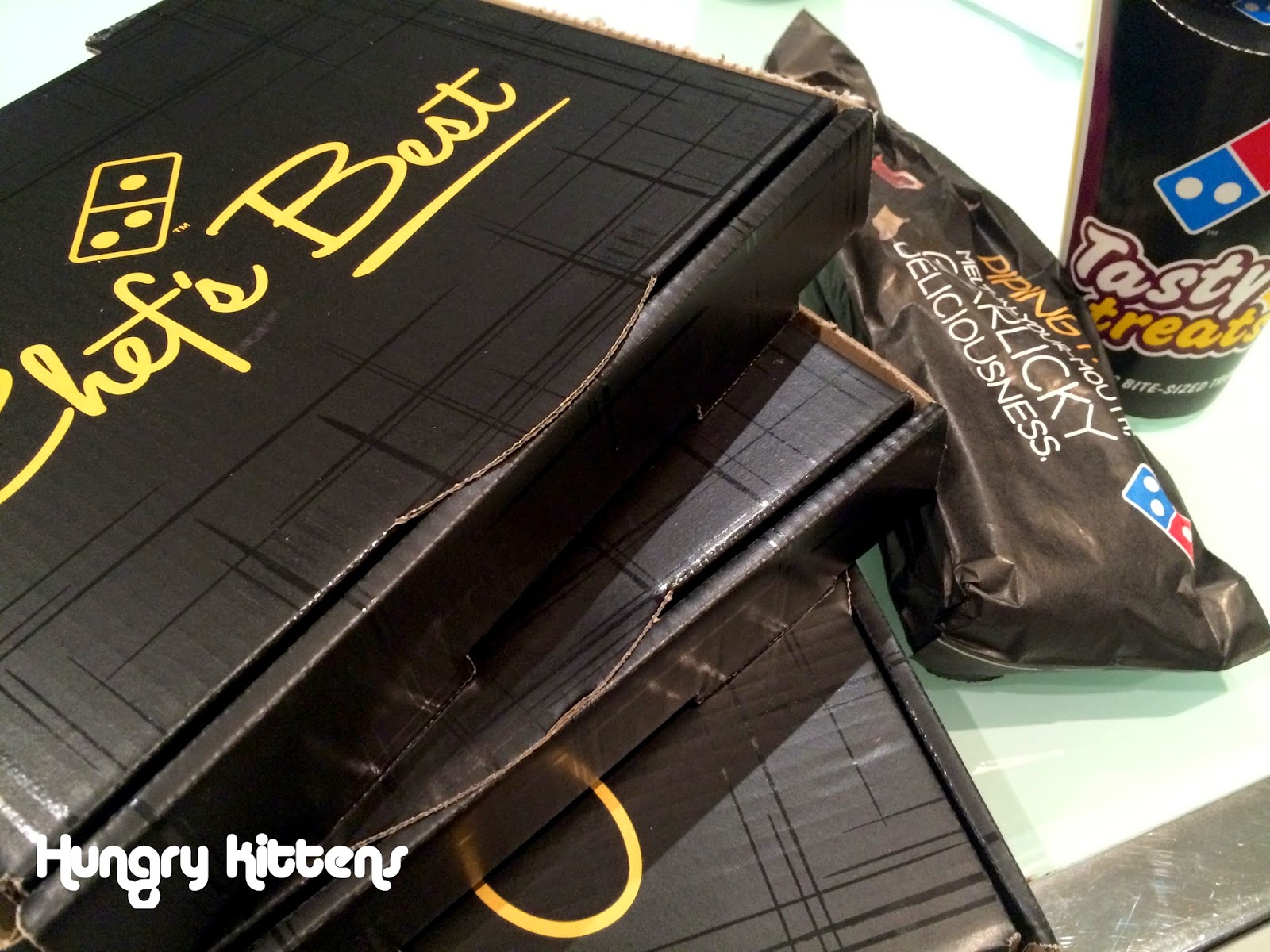 Upon first sight, the pulled beef range has the usual Chef's Best packaging. I'm quite a fan of the matte black boxes and as for the rectangular pizza shape, it just seems less messy to eat. It might be my OCD but I like the neat edges. 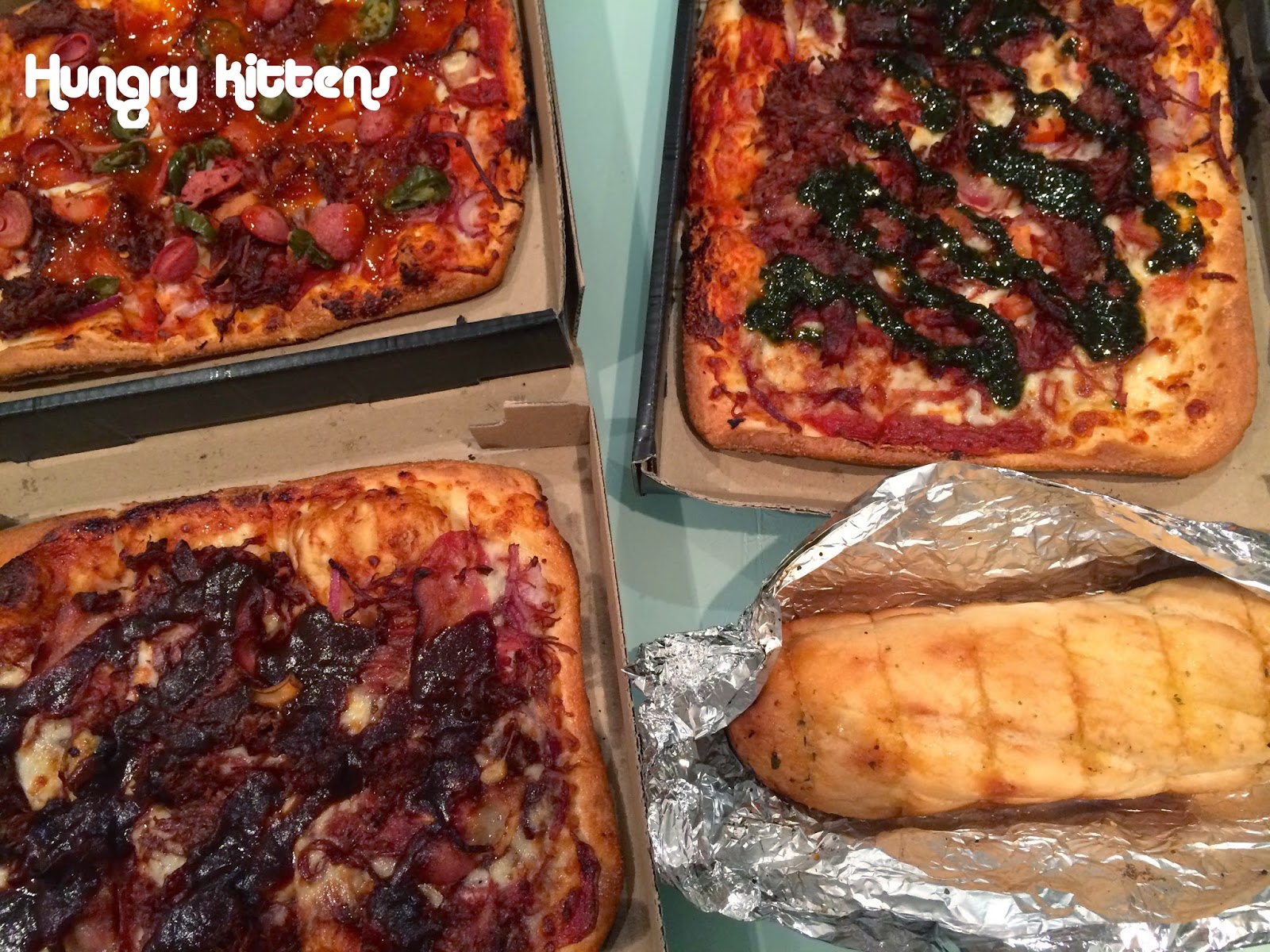 In any case, the pizzas were each visibly loaded with toppings. There's minimal green in sight so I'm sure this would be highly appealing to most carnivores and hungry boys. I'm personally more partial to pizzas having some amount of vegetable on it (onion doesn't count) but I wouldn't say no to a purely meaty pizza if the mood was right. 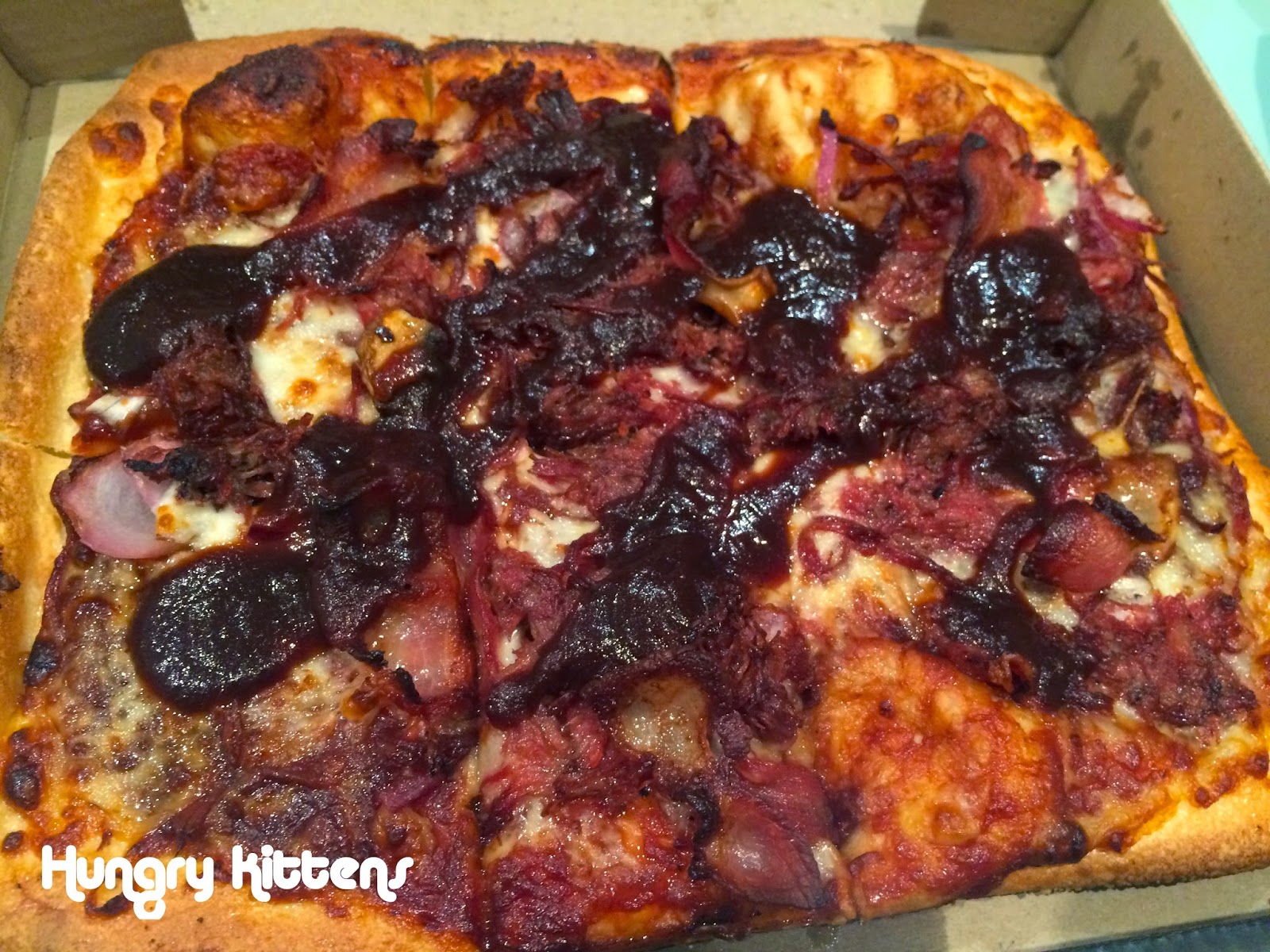 The first pizza I tried was the hickory bbq pulled beef. This tastes like it sounds with a deliciously sweet and smokey sauce. The beef was plentiful and quite tender. This was both Marc's and my favourite of the three. 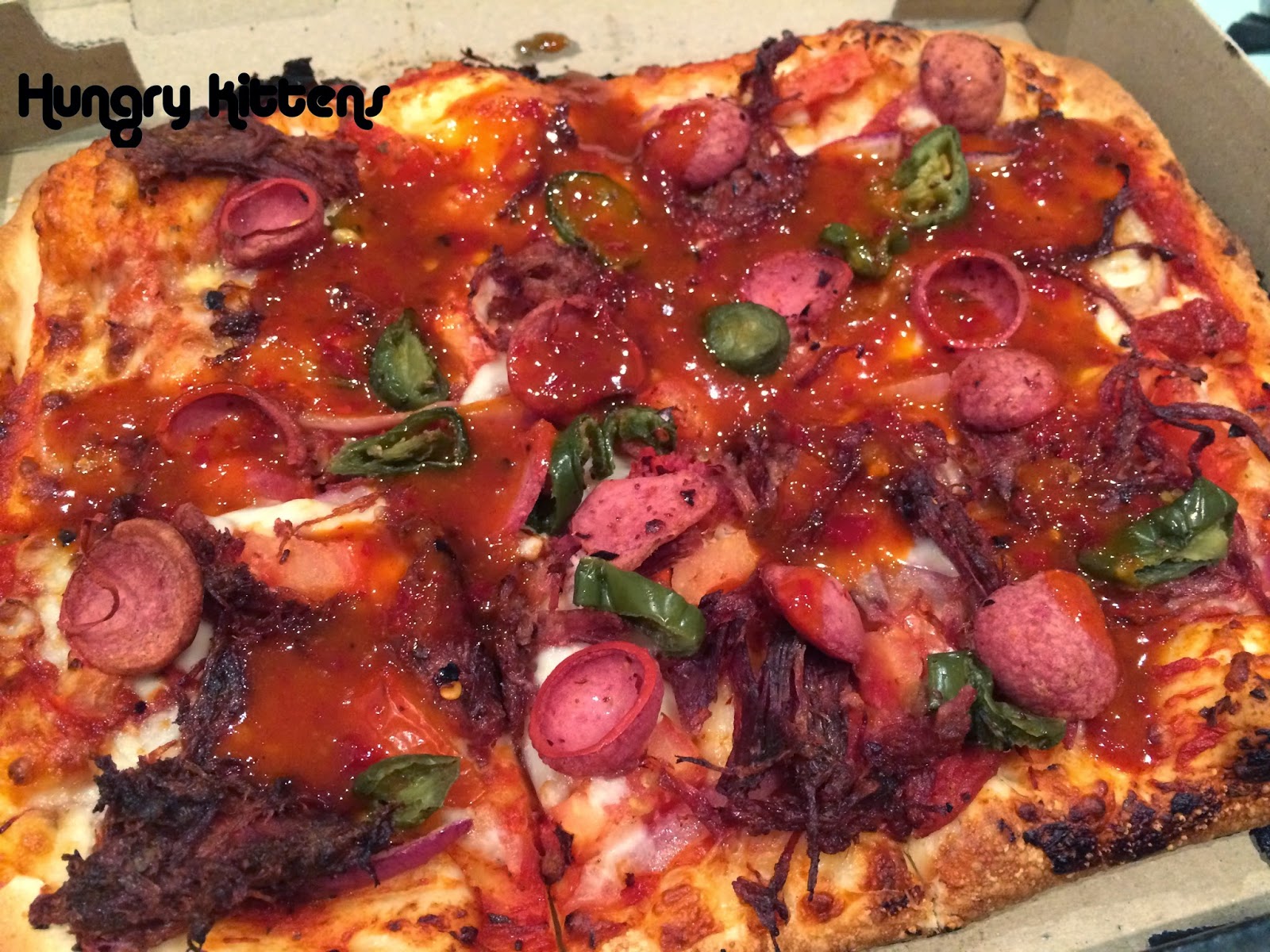 The next slice of pizza I picked up was spicy harissa pulled beef. When I read "spicy" on the menu of Australian fast food stores, I always assume that at most, it'll give a mild palate tingle. This pizza actually managed to be quite spicy. Even Marc, who is a self-professed chili enthusiast thought this pizza had a decent punch of heat. 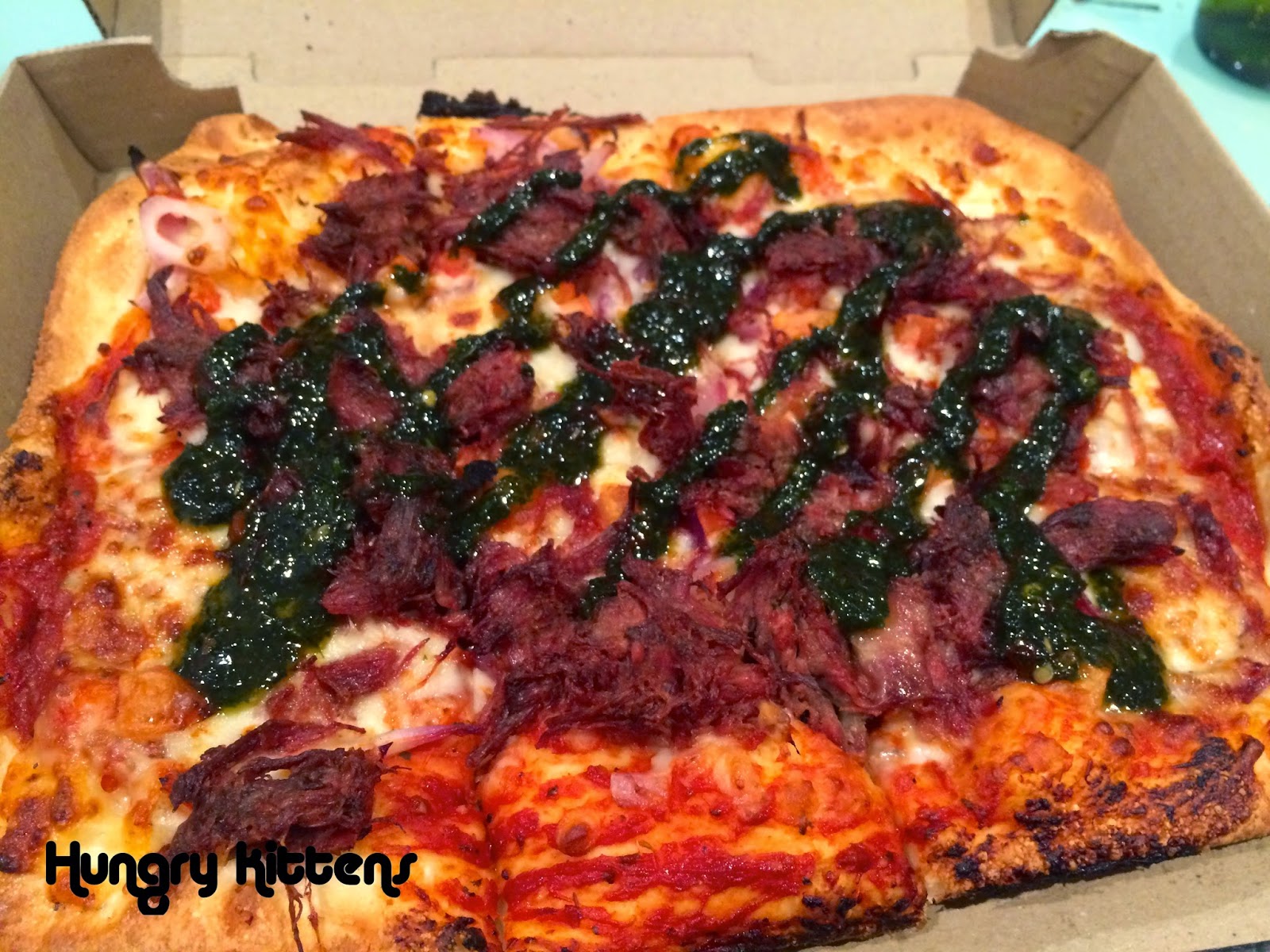 The third pizza I thought had the most unusual look about it, thanks to a greenish sauce drizzled over the top. This was actually a chimichurri sauce which ties in with the pizza's Argentinian theme. This pizza had a special taste which made it stand out from conventional toppings, but I'm undecided as to whether or not I like it. Marc actively disliked this one. I'm on the fence. 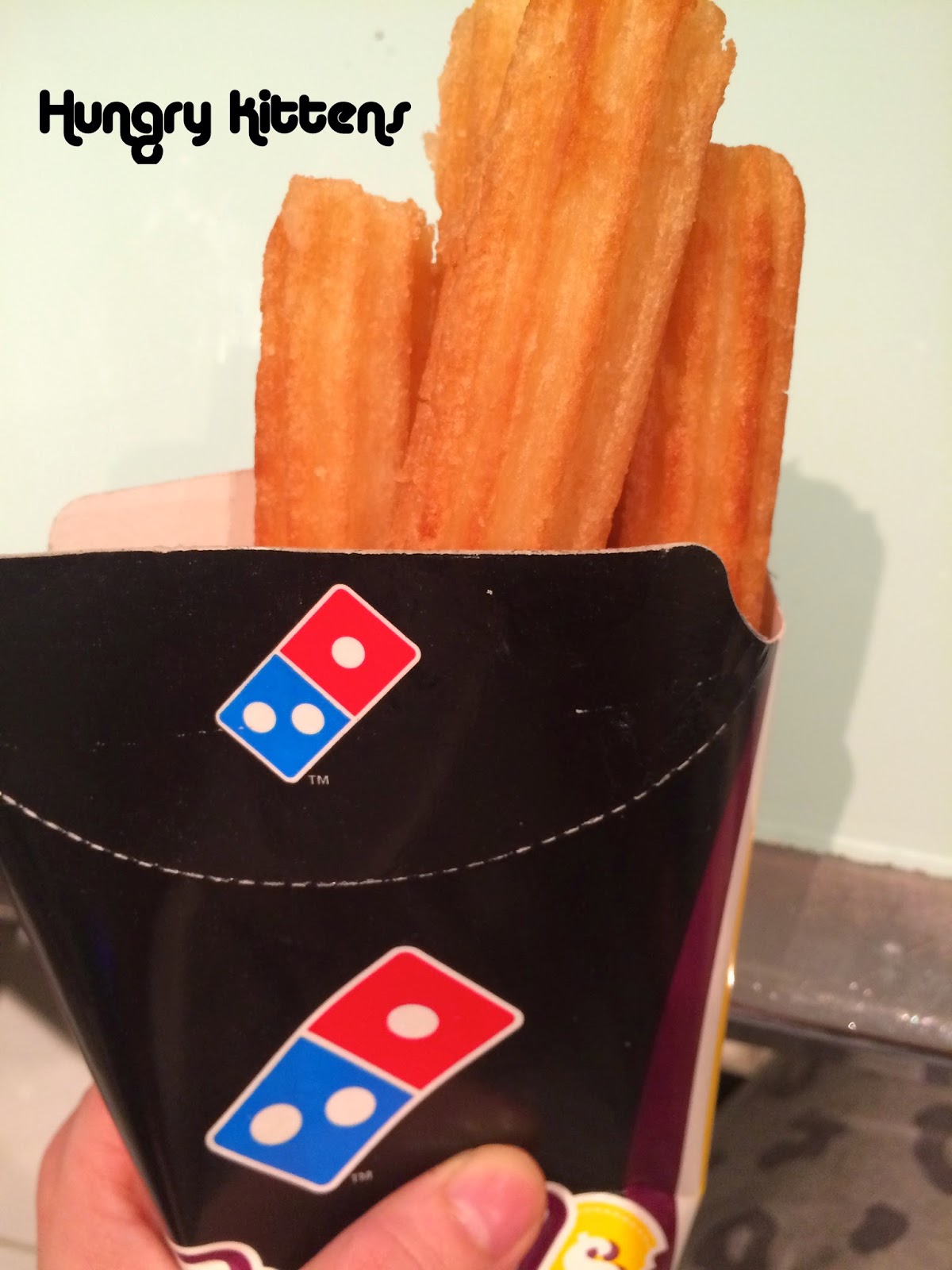 I was really excited about the churros because I love, love, love churros. These ones are quite sizeable. They had a nice golden colour and the exterior was crunchy but the inside was a tad rubbery. These are supposedly oven-baked so that makes them a health food in my books. 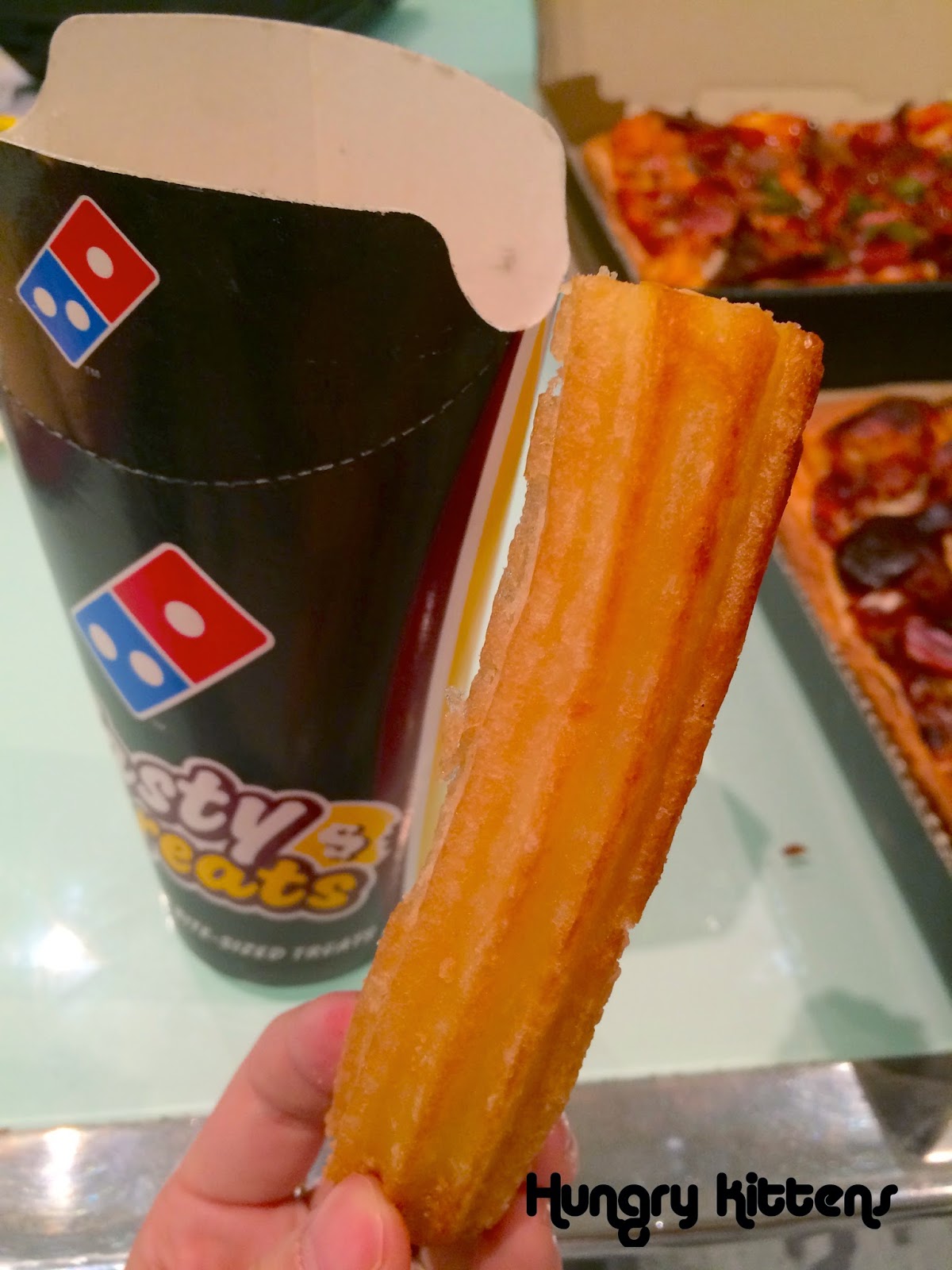 I'm going to assume they are supposed to come with a dipping sauce, because who eats churros without dipping sauce, but mine must have gotten lost en route. We improvised by dipping them into molten Nutella and they were quite good. 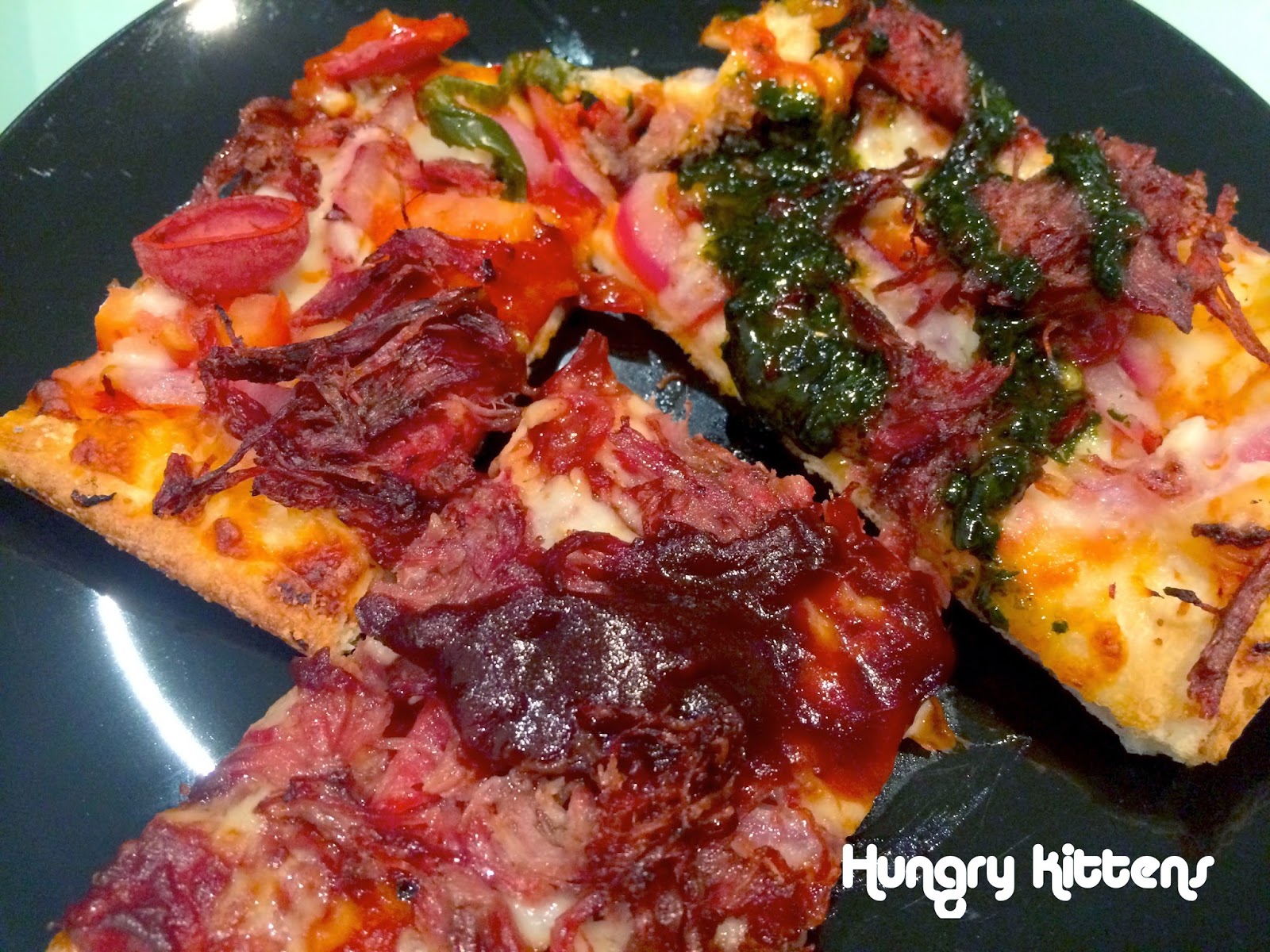 Domino's is one of the easiest delivery options for our part of town. Marc and I are so lazy that often we can't be bothered to leave the unit and so delivery is the way we go. It's great to see new options of both pizzas and sides constantly being added to the menu. Our favourite of the pulled beef range was the hickory smoked pulled beef pizza. I think the churros have potential too but they really need a dipping sauce to compliment.
Labels: Casual Dining, Fast Food