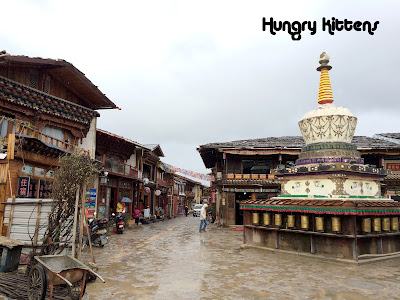 Going into this trip, we didn't know much about Shangrila. Isn't it a fictional location? Wiki tells me that Shangrila County in China used to be called Zhongdian but was renamed in 2001 after the land from James Hilton's novel 'Lost Horizon' to promote tourism. 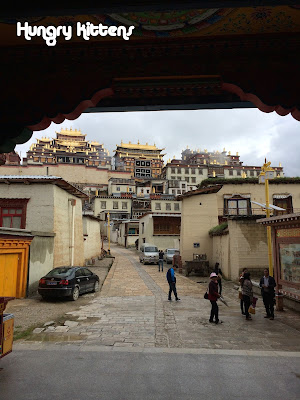 It was originally mapped as part of Tibet but was reallocated as part of Yunnan province, again to increase tourism. The point being that visitors to Shangrila could go on a basic Chinese visa and not have to apply for the pesky Tibet permit. 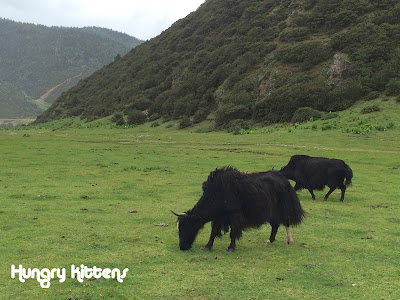 The city itself is tiny. We were located near the ancient city and could basically walk everywhere. At the moment, there aren't too many buildings to see because a devastating fire in 2014 took down 80% of the original old buildings. Marc and I could see a lot of construction going on so hopefully Shangrila will rebuild to its former glory. 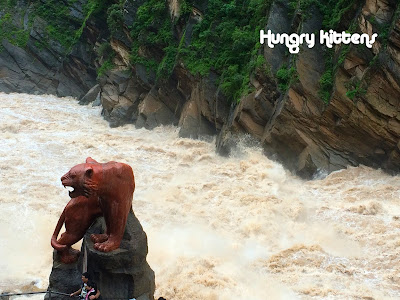 Shangrila side of the Tiper Leaping Gorge

The food we tasted here is largely Tibetan cuisine. I created a separate post for Shangrila because our local guide introduced us to some cool dishes I'd never seen before. 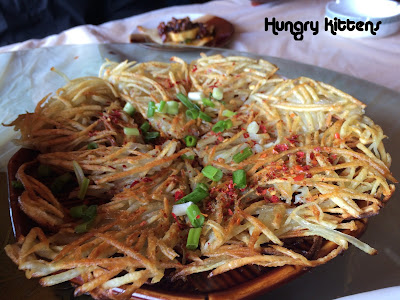 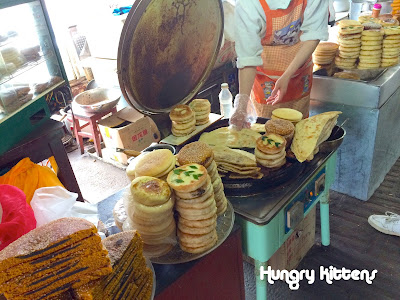 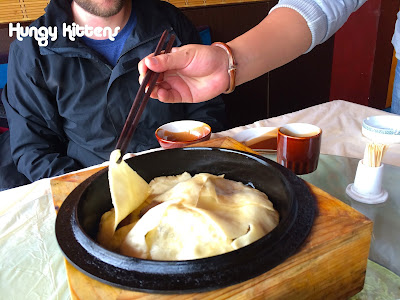 A cast iron rice cake and potato dish where you wrap the potato inside the rice cake (so carby!) 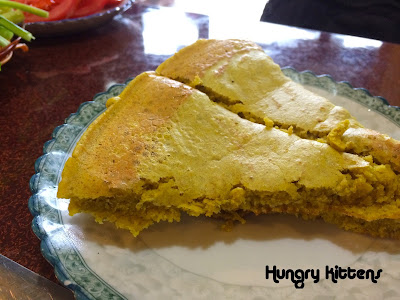 We were introduced to local spirits wherever we went. I can't remember what this stuff was... I think another type of chaang (barley wine)? The term 'wine' or 'jiu' is used very loosely in Chinese to describe any alcoholic drink. Whenever I heard guides or waiters say 'wine' I assumed it was less than 15%. I quickly learned how wrong that assumption could be. 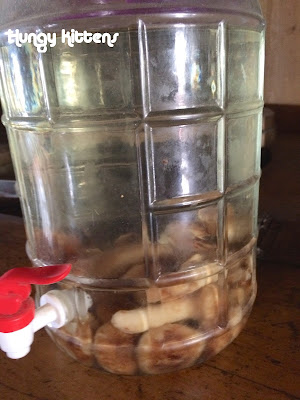 This (possibly) chaang was flavoured with seasonal wild mushrooms and was a raging 40%. It was fiery but I quite enjoyed it. I thought the use of mushrooms to flavour a spirit was strange but it was wet season in Shangrila and mushrooms were abundant so we saw them everywhere. Why not in their booze too?
Labels: Asia, Dining Out, Overseas, Travel