Breakfast at The Pancake Manor 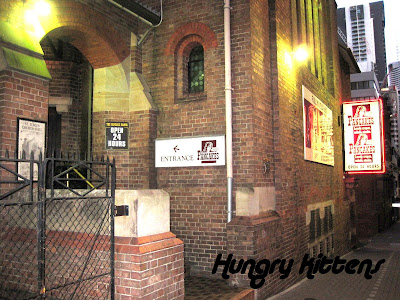 There's a bit of story behind how I finally ended up writing this post. Sure I've been to The Pancake Manor numerous times. They're one of the only 24hr dining joints in Brisbane and besides, the food is not half bad. I've got a collection of photos from going there in the past (and they're still relevant now since the menu doesn't change) but I sort of put it off until I could get a more recent/fresh experience to write about. 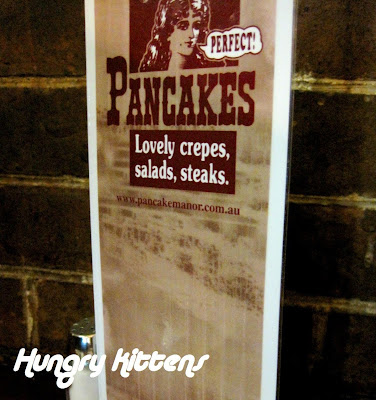 And I finally got it... but it was an adventure.

These days, especially with exams and all that, I've had a lot of trouble sleeping. I go through phases where I can't sleep till early in the morning anyway but if I have nothing on the next day, it doesn't matter much. When I have something on that requires a good night's rest, it gets problematic. Yet, the thing with sleep is: the more you need it, the less likely it's going to come. In fact, I find that the moment I think 'man, I really want to fall asleep right now', I'm stuffed. It's all over. I might as well just turn on the lights and wait it out.

On this fateful night, I'm pretty sure I was already drifting out of consciousness at around 8pm. I attempted sleep. Failed... and decided to text my friends to see if anyone was doing anything. Usually, no one even bothers to reply because everyone has a life and had exams and they tend to think I'm insane for spontaneously wanting to do something on a weeknight during study season. It just so happens that a mate of mine was free so I went over to visit, thinking it would occupy my mind until I was tired enough to sleep.

By 2am in the morning, I realized I was getting nowhere. My friend, however, HAD fallen asleep so I was stranded in a suburb about 40min drive from my own house and there wasn't any public transport running. I didn't want to pay an arm and leg for a cab so I got it into my irrational, sleep-deprived mind that I could probably walk home. I thought if it took a few hours, so be it - it would be good exercise. And I reasoned that in the Lord of the Rings, the hobbits took on long journeys on foot so why couldn't I.

Anyway, to skip past the horrors of walking alone in the middle of the night adjacent to highways, tunnels etc etc... I ended up 2hrs later at a suburb not too much further from where I started off. I knew by then that my plans weren't practical so I finally relented and hopped on a cab.

At first, I asked to be taken home but then my stomach overcame me and I redirected the cab into the city where I then sought out trusty old Pancake Manor. 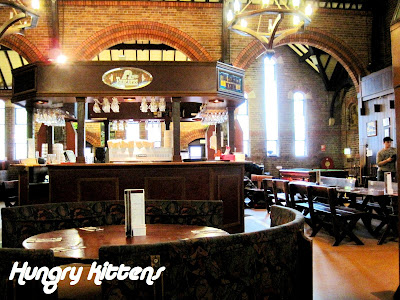 The interior of The Pancake Manor on Charlotte street is quite interesting because the building used to be a church. Think high ceilings, artsy windows, lots of brick and dark booths with a bar in the center. 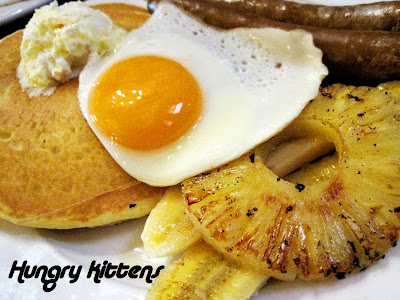 I ordered myself a LOVELY breakfast. The selection is called 'Pancakes up North' and comprises of buttermilk pancakes, grilled sausage, fried egg, grilled banana and pineapple + whipped butter and maple syrup. I'm CRAZY about those kinds of sweet/savory mixes. The pancakes were really light and fluffy. It was a pretty good reward for my 2 hour midnight trek. 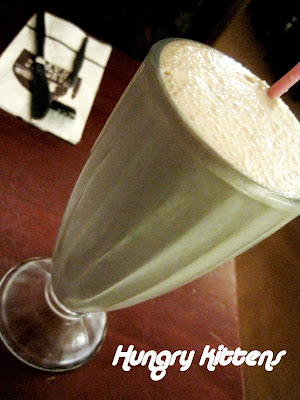 I don't know what they put in it. I don't care to find out because nothing that tastes that good can be good for you. I'm not even exaggerating. Promise.

Alright, now here are a few other photos from The Pancake Manor, taken during past events. 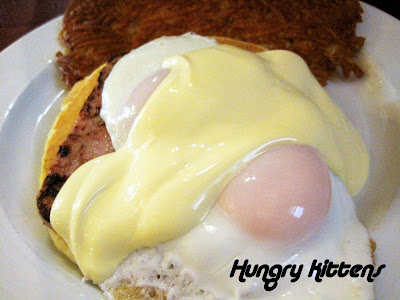 This was from another time I had 'breakfast' at Pancake Manor, only I was with a friend and it was actually lunch time. He ordered the pancake's Benedict and assured me it was good. 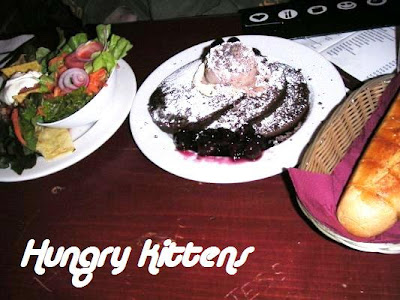 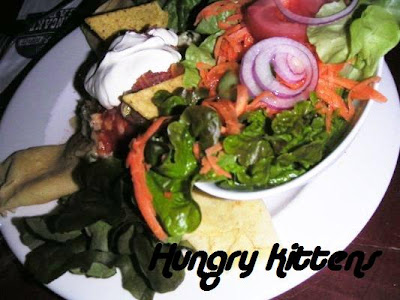 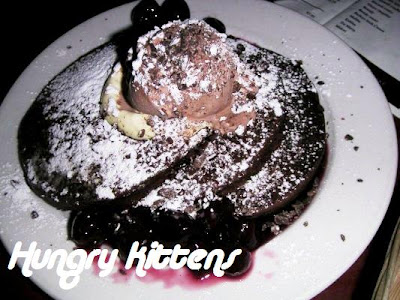 Overall, the actual pancakes and things aren't genius like say, the waffles at Max Brenner, but they're satisfying especially if you've got post-alcohol munchies and nothing else is open. I think the chips and garlic bread are real good. Not sure about steak, since I never order steak from there. But remember - CHOCOLATE SWISS SHAKE. Godly. 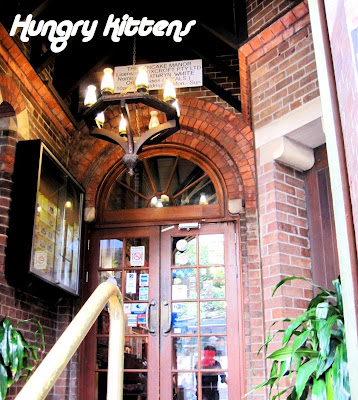