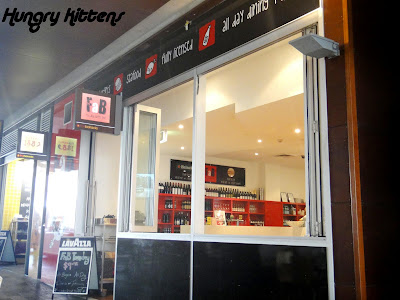 I don't often head to Paddington because I've got it in my head that parking is really difficult to find. Luckily, that's not an issue when someone else is driving and it's their job to find parking. 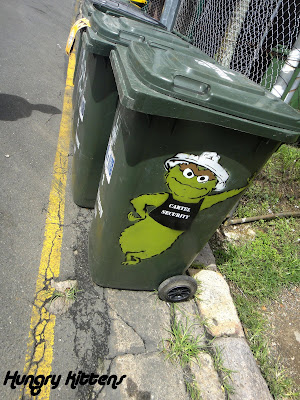 I heard about Fab as I was browsing other food blogs and suddenly got a burger craving. We headed there today for lunch. 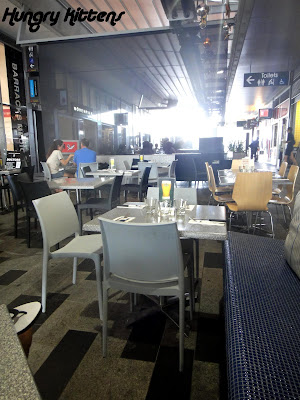 I've never actually been inside The Barracks before. The closest I got was Hog's Breath but that's not the same as stepping in. I was expecting a big shopping mall with lots of levels but it's actually like a long courtyard with a few cafes/designer shops lining either side. Fab Fish and Burger Grill is one of them. 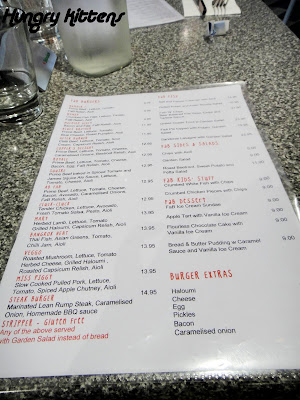 There are a few tables inside but we chose to sit in the courtyard area. Fab have a selection of burgers on their menu, as well as less take-awayish items like sandcrab lasagna. 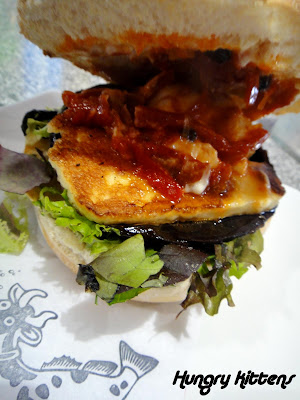 I ordered the Veggo burger. It was massive, featuring a large mushroom steak (what I call any huge, flat mushroom) and grilled haloumi. 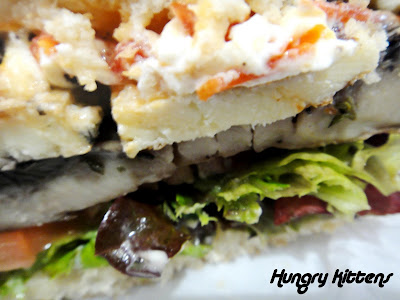 Cut neatly with a knife and fork

I thought the sauces (combination of cream cheese, relish and aioli) were very tasty and full-flavored, the burger was not at all dry (which is a fear in large burgers). The bun itself was nice too; it was soft but didn't taste like those processed white rolls. The salad was fresh. I was really happy with my burger. 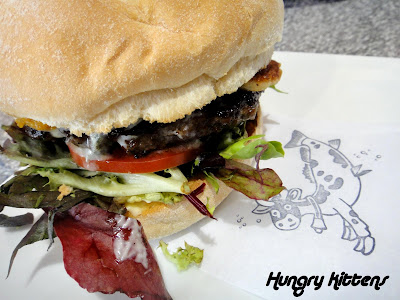 Hien ordered the Blues Brother burger because he saw that it had blue cheese. When I pointed out that mine had haloumi (his favorite food item), he got jealous and decided he wanted some in his too. We actually got a deal at Fab because today (Tuesday) they had an 'all burgers $9.95' special. Hien decided he'd use the $2 saved in the special to add haloumi to his burger. I pointed out that this cheese might clash with the blue cheese but he said (quote) 'you're out of your mind!' 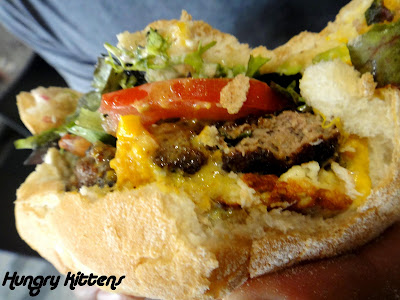 He ended up loving the combination and proclaiming it to be the best ever food hybrid. I didn't try any of this burger but his feedback was very much positive and from what I could see, it was also huge and filling. 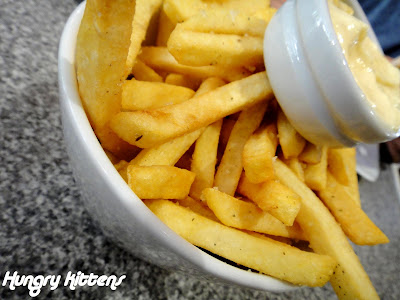 We ordered some chips too. They are shoe-string fries and though some were a bit soggy, they were for the most part nice and crunchy. A bit over-salted for my liking but the aioli was nice.

I think Fab Fish and; Burger Grill is great. We had lovely service and the atmosphere at the Barracks is pleasant. Both our burgers were big and delicious. The chips were a tasty side. In my opinion, the burgers here are much better than Grill'd though they don't claim to be healthy.
Labels: Casual Dining, CBD and Surroundings, Dining Out, Fast Food, Favorite Restaurants