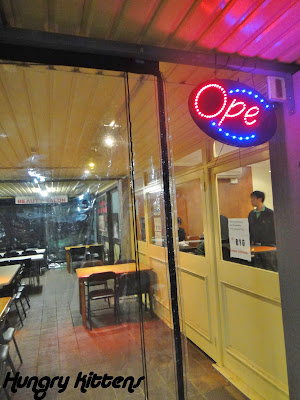 Last week, I became very conscious of the fact that I hadn't updated my blog in what felt like ages (in actual fact less than a week) so I was determined to go to at least one new restaurant on the weekend. In an effort to stay 'healthy', I opted for Japanese cuisine. My old food cronie, Mochi, is now based in Melbourne but still has a few Brisbane recs up her sleeve. She sent me onto Sakura as a reputable place for fresh sashimi and as someone who's very picky with freshness of sushi and sashimi, I figured that she would know what she was talking about. 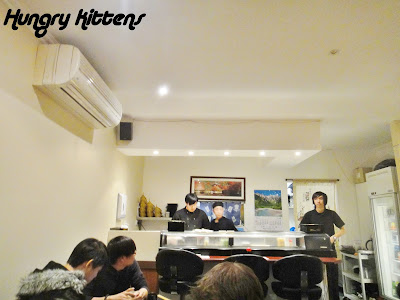 We had a spot of trouble trying to find the restaurant. The actual shopping centre wasn't too difficult to locate because there was a big, lit up 'Sakura' sign out on a front wall. The parking area seemed rather deserted and all the shops were dim. We pulled over and walked around hoping for something to pop out. It was raining and I was ready to give up when Marc ducked his head into an alleyway (one that I had regarded as 'nah, can't be there') and said 'I think this is it'. 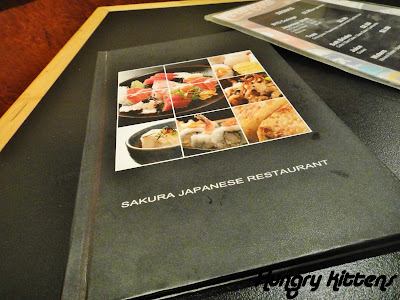 Indeed it was! So there you go... for anyone who's never been to Sakura before and willing to give it a try, the restaurant's not where the sign is, it's further into the middle of the plaza, inside a sort of alleyway... those might not be helpful directions but at least you'll be prepared.

I've been to a Sakura restaurant in Highgate Hills when I was still in highschool (just as I started developing an interest in food). My impression of that restaurant at the time was that it was fine-dining and on the pricier side. From what I understand, this Runcorn Sakura is another branch of the same restaurant.

In terms of atmosphere, it's completely different. Runcorn Sakura is almost decked out like an eatery. Very plain. The menu basically has sashimi, a couple of classic appetizers/snack dishes and lots of different types of sushi. I remember our meal at Highgate Hill Sakura comprised of set menus with lots of components. I'm not sure if it's changed now but in any case, my impression of these 2 restaurants is that one is more upmarket and the other is more casual. 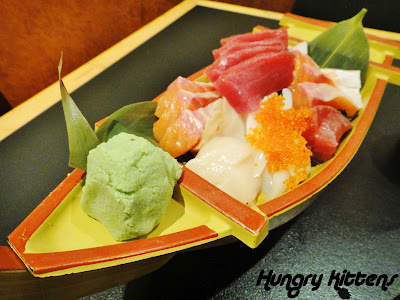 All I wanted was the sashimi so I put an order down for a large plate of that. Marc then chose or other dishes: mixed vegetable tempura and karaage chicken. 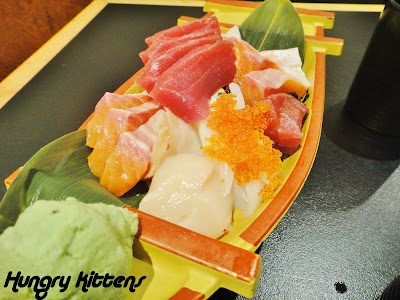 The food arrived really speedily. The sashimi came first. It wasn't a HUGE plate but I think it's enough for 2 people. I showed the photo of it to my dad and he remarked 'that's so small'. I guess it depends on your appetite. The variety of sashimi we had included salmon, tuna, king fish, scallop and calamari. As Mochi promised, everything was top notch quality and very fresh. I don't have any complaints there at all. 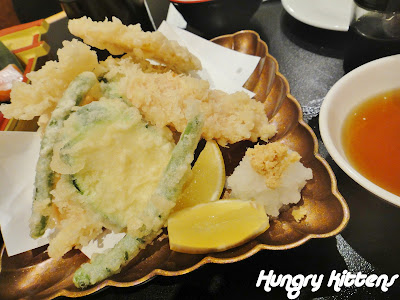 Our tempura mixed vegetables came next, with a tempura dipping sauce. I tried a piece of the tempura sweet potato. The coating was nice, crisp and crunchy but the potato was a bit under for me. 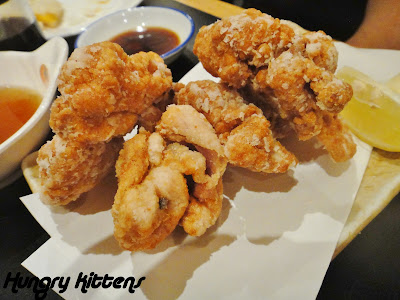 I wasn't expecting much from the karaage chicken because every Japanese restaurant does it and it's almost always good but sameish as everywhere else. I was surprised by the karaage chicken at Sakura. There's something about the coating; it's a very fine crumb that crunches readily and is almost... 'short'? Anyway, I loved it. The chicken itself was juicy, which is great because small fried chicken pieces can easily go dry. It was served with a couple of slices of lemon and some kewpie mayo. 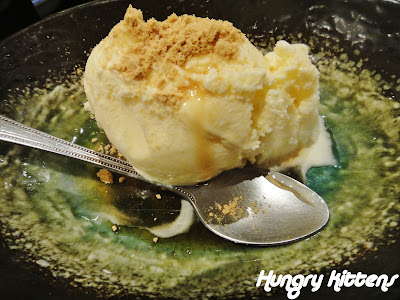 I was mostly full by this point but I was liking the food and a dessert special caught my eye. The kinako ice-cream attracted me because I didn't know what it was. And I'm weird like that. If it sounds strange and interesting, I must ingest it. Kinako was described as roast soy bean flavored. It arrived as vanilla ice-cream with a roast soy bean powder on top, plus a brown sugar syrup. The powder had a strange bitter taste that made me go 'ergh' at first but then I slowly got used to it and thought it actually offset the sweetness from the ice-cream and syrup very well. 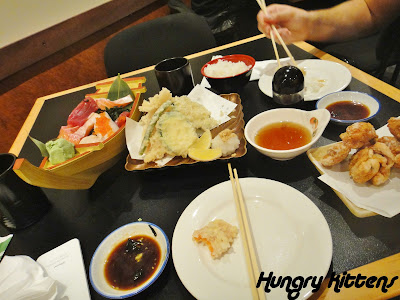 The food at Sakura was simple yet done well. I love how fast everything was served. It's not the most glamorous restaurant but if you're after a quality Japanese feed, featuring sushi or sashimi, I'd recommend this place.
Labels: Asian Restaurants, Casual Dining, Dining Out, Southern Suburbs