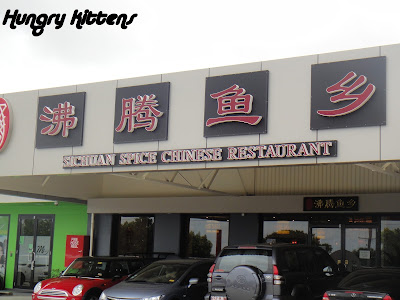 Sichuan cuisine must be one of the most annoying things to blog about, for one reason: no one can agree on the spelling. There are so many variations! Even on this blog, I'm not sure what spelling I normally use. Do I normally incorporate a 'z'? *sigh* Anyway, throughout this post, I'll be following the example set by the restaurant I'm reviewing. They're cool with Si followed by Chuan so that's the way of it :). 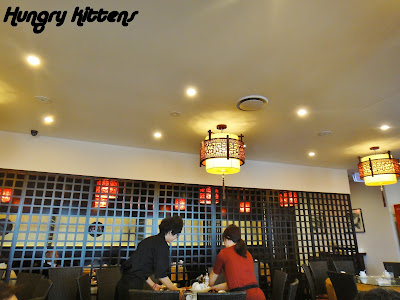 Sichuan is a province in China that is known for its cuisine of spicy, numbing food. I love the stuff and it appears that many others do too because Sichuan-style restaurants are popping up throughout Brisbane.

This post dates back to March. It was actually a family lunch to celebrate my birthday. Man, that DOES feel like a long time ago. I've been a bit slack with putting it up, so I apologize if it's in anyway outdated.

My grandparents found Sichuan Spice in a local Chinese Newspaper. They headed there directly with my dad. Mum had come to visit me in Toowoomba earlier that morning so we headed there from a different direction. It took us a while to find the restaurant because we thought it was located in Centro Pinelands but it's actually located in another mini shopping plaza behind it, on another street.

The inside of the restaurant is styled quite nicely with some neat furniture. There's a Chinesey flair but its more modern and contemporary than those typical yum cha restaurants you see around. 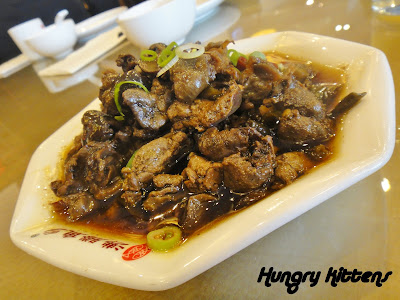 The first thing we tried was a starter of (sorry for not being able to make this sound nicer) offal in chili oil. There were giblets, liver and heart etc, tossed through a spicy oil dressing. The dressing was nice but the offal actually tasted like throwaway bits of animal. They were tough and chewy. Unpleasant. 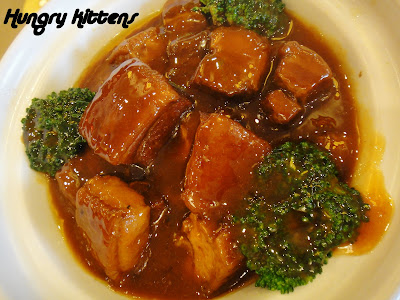 Our first main was the red-cooked pork belly. This is a dish that's usually tasty just because it's fatty pork belling in a fragrant soy/wine braising liquid. This particular version wasn't that great. The flavor hadn't penetrated the meat. I mean, it was OK, but my dad makes better at home hands down. 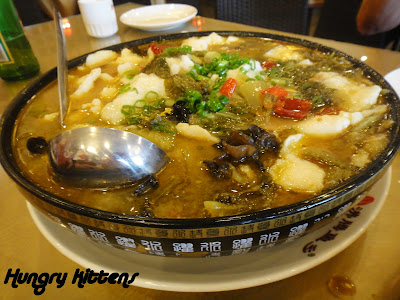 The next dish was a Sichuan specialty - the fish slices. We've tried this dish at a few different restaurants and grandma even tried to make it at home once. The key is that the fish has to be cloud-like in tenderness. The fish here was indeed very tender. This was pretty good. 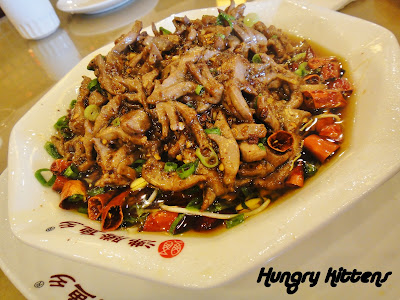 By the time we got to the spicy pork slices, we were a bit over the monotonous flavor trend of spicy + numbing. Dad actually pointed that out as a flaw of Sichuan restaurants before. We love spicy and numbing but when we're having a feast of multiple dishes, it's necessary to have some other tastes too, to mix it up a bit. The pork was alright, nothing outstanding. It was very oily (another flaw with Sichuan cuisine). 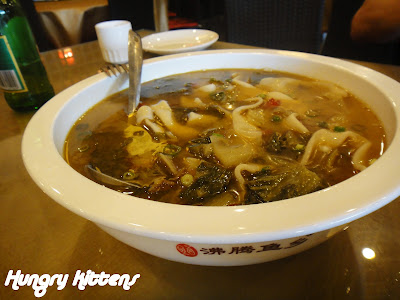 Because it was my birthday, we had to order a noodle dish. Noodles symbolize longevity so it's traditional to have noodles on birthdays. The noodle dish we chose was a handmade noodle in preserved vegetable soup. The soup was a bit like the one that came with the fish. It wasn't as spicy but it was equally oily. I really liked the noodles though. They definitely had a handmade quality too them. I liked that they were roughly chopped, uneven and chewy. They soaked up the soup well. 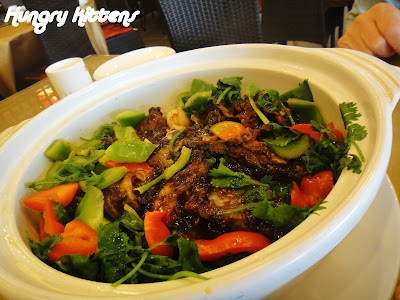 Our final dish came bubbling onto our table. It was a smoked, sizzling fish covered in capsicum and herbs. The fish was refreshingly different in flavor to the other dishes. It had a Chinese 5 spice aroma and was coated in a sticky sweet marinade.

I wasn't overly blown away by any of the dishes at Sichuan Spice Chinese Restaurant. The entree was borderline inedible. Some of the classics were below restaurant standards. The spicy fish was good but I've had the same or better in other Sichuan restaurants.
Labels: Asian Restaurants, Casual Dining, Dining Out, Southern Suburbs