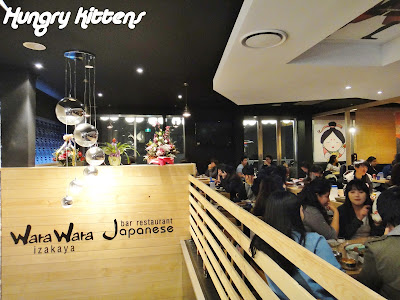 It was incredibly cold last week, both in Toowoomba and Brisbane. I found myself huddling from one heater source to the next and freezing my fingers off in between. It wasn't weather for fruit, cold drinks or salads, that's for sure. At some point, the thought 'hot pot' jumped into my head and it stuck there. 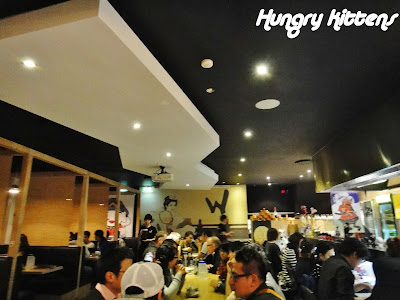 We were planning to go to Sunnybank to try one of the newish hot pot restaurants but we had tickets to Prometheus at 9 so there wasn't enough time. Luckily, I had just read a review for Wara Wara on Dolce Bunnie's blog and knew it was conveniently located in the city so we decided to head there instead.

After back-tracking a few times, we did manage to find the restaurant. It's on Elizabeth Street near Maru and the army disposal store (opposite the back of Wintergarden). We actually walked right past it and even when we were looking closely at the street numbers, nearly walked past it again. The entrance is small and partly hidden but once we walked up the steps, we were facing this large restaurant that was packed with people. 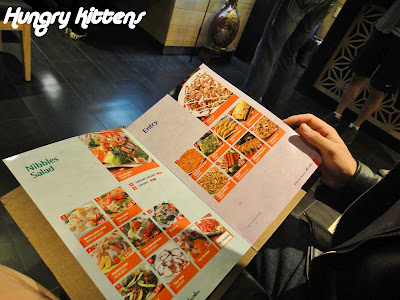 In fact, Wara Wara was so busy that we had to wait a good 20min or so just for a table for two. The lady in charge of seating was extremely friendly and reassuring though ("not much longer! Your table is just being cleaned") so I found myself incapable of impatience.

By the time we were squeezed into a small table near the front, we had already memorized and practiced ordering what we wanted. Queue: sashimi platter, okonomiyaki and bulgogi hotpot. 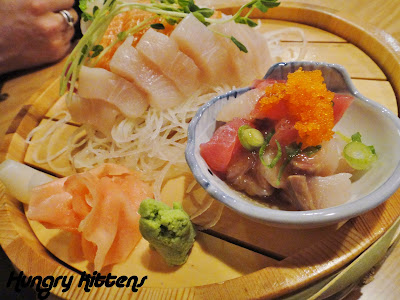 Our small sashimi platter came first. It contained large pieces of the usual salmon, tuni and kingfish favorites, as well as a small dish of chopped up fish with a savory dressing. That was like a sashimi salad on the side. I thought the sashimi here was fresh and wonderful. 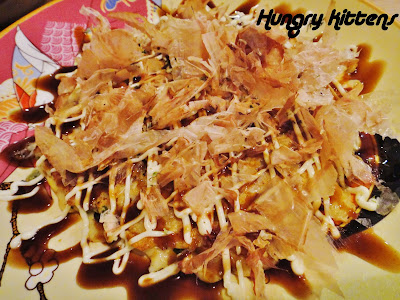 Next came the okonomiyaki, i.e. Japanese pancake. The serving was large and the pancake was smothered in mayo and sweet soy, plus a sprinkling of bonito flakes. In case you didn't know, these are dried fish (that ressemble wood) grated in to paper thin flakes that are used to garnish things, such as takoyaki (the octopus balls). What's curious is that the flakes 'move' in a live-animal, crinkly, random way. I asked Marc "is that creeping you out" and he stared suspiciously and replied "...actually, yes". The pancake itself was nice and light with plenty of seafood. 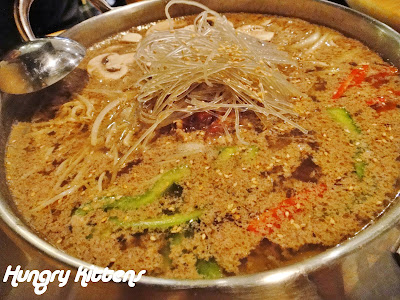 Finally, our hot pot was set up. We ordered the large, which was indeed very large. We had to stack the other plates to create room. Bulgogi is a Korean dish comprising of beef marinated with onion and nashi pear. It's usually a sort of dry, stir-fried consistency, served with rice. 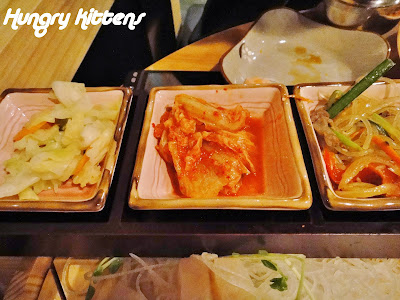 This was a soupy version. I thought it tasted a lot like sukiyaki (Japaense sweet beef stew), which had also been on the hot pot menu. In fact, I spent a while wondering if they'd given us the wrong thing. I still don't know. The beef had that frozen quality to it, which is usual for hot pots (although fresh meat in hot pot is much better). The broth was nice but too sweet for me. 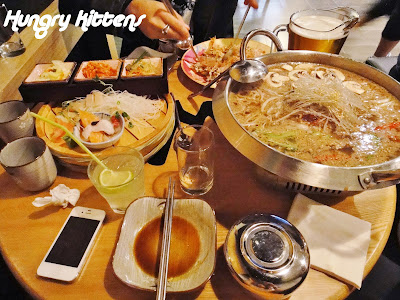 Wara Wara had a really great feel to the place because it was just so full, from when we arrived till when we left. The menu is ambiguous, with Korean dishes, Japanese dishes, Chinese dishes and some creative Westernized Asian hybrids. I quite liked the place though.