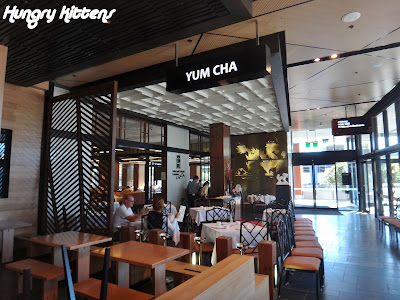 A yum cha place that's not in Sunnybank or the Valley? It's been a long time coming. As a Carindale ex-pat, I feel honoured that Westfiled Carindale was chosen as the first site of Yum Cha Cuisine outside the Gold  Coast. There's a severe lack of Chinese-style food options in the Eastern suburbs so it's nice to have something larger scale, rather than a take away joint. 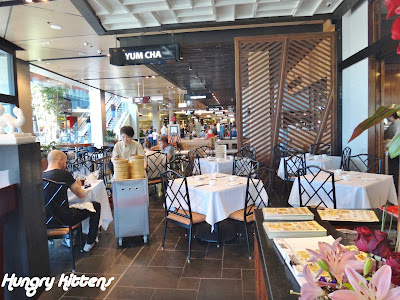 Yum Cha Cuisine is located in one of the newer parts of the shopping centre, in a semi-outdoor food court that also contains Toscanis, Wagamama, Movenpick, Guzman Y Gomez and more. The restaurant is fairly big and because it's brand spanking new, the fitout is predictably flash.

That morning, I had originally made breakfast plans with Nina but my car battery died and I ended up stuck at a public parking lot in West End, waiting for an hour for RACQ to show up. By the time they did, it was too late for breakfast so I headed over to mum and dad's and mum suggested yum cha. 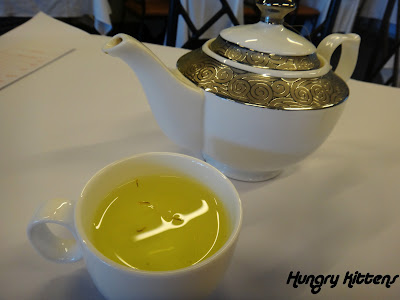 Because of the car incident, timing was a bit awkward so I guess could be called yum cha brunch. The kitchen had just opened up so we were advised that certain dishes were ready to go but others would require a wait. There is the option of grabbing dishes off waitresses as they come around, or ordering straight from the menu. 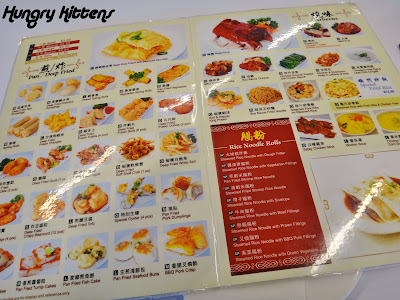 I was starving (I think I used up a lot of energy feeling flustered and frustrated all morning) so we didn't stuff around with waiting for dishes to come to us and ordered instead. I ran through my list of yum cha favorites, greatly over-ordering for 2 people but at the time, not caring because I wanted food. Fast. And lots of it. 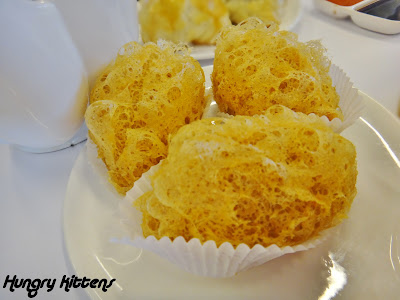 One of my ultimate guilty pleasures is the crispy fried taro dumpling from yum cha. I adore the delicate, lace-like exterior that literally crushes apart in your mouth. 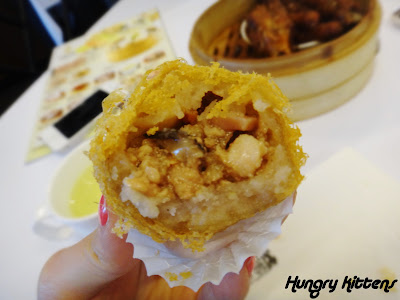 Inside of taro dumplings

The filling has soft taro pieces, pork and shiitake mushroom. Fried taro dumplings are almost never bad but these ones were extra good because they were fresh and hot. 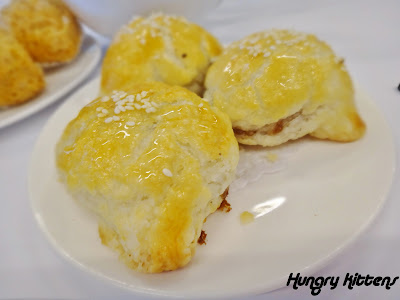 Our next dish was recommended by one of the waitresses. It's described on the menu as a BBQ pork crisp. The filling is that of a BBQ pork bun, i.e. sweet, salty, sticky and slightly charred but the outside is a flaky, short pastry. I'm a huge fan of this kind of pastry. It ressembles mainland Chinese pork mooncake pastry and mum and I have tried to replicate it at home without success. This BBQ pork version was absolutely delicious and is probably my favorite out of everything we ordered. 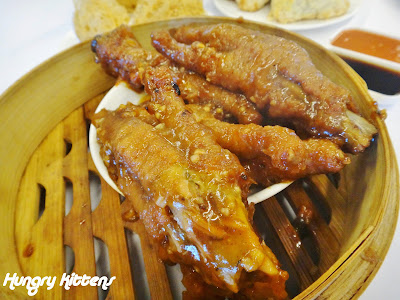 We always order the chicken feet because that's a yum cha classic. They're fried and braised in a black bean sauce. These were on par with the chicken feet we've tried at other yum cha joints. 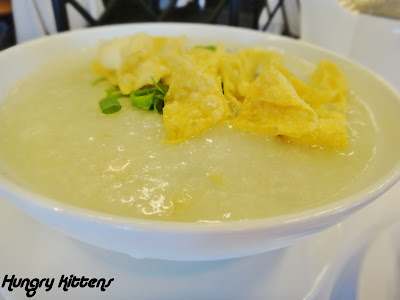 Mum wanted the salted pork and century egg (referred to on the menu as 'thousand year egg') congee. For me, congee is all about consistency. The rice has to be broken up but not gluggy. This congee had a good consistency. 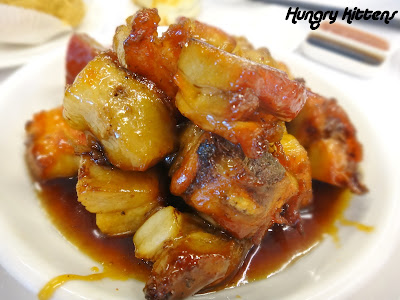 The BBQ pork spare ribs were something I haven't tried at yum cha before. The pork had a nice flavor but it was very similar to the filling of the BBQ pork pastry, only much sweeter (with a honey flavor). I did like it but I thought it was too sweet. You can't have more than a few pieces before needing some kind of palate cleanse. 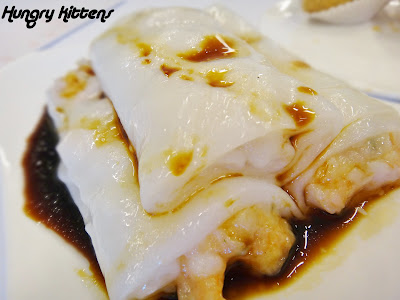 Our final dish was the steamed rice noodle rolls with prawn. I normally love this dish at yum cha and like to think of it as a comparatively 'healthier' choice. It's a simple combination of steamed flat rice noodle with some kind of filling and a sweet soy sauce. This one was a disappointment. The rice noodles were over-steamed and the texture was thick and gluggy.

I'm glad Yum Cha Cuisine has opened up in Carindale. Aside from the rice noodle rolls, the rest of the dishes were of a good quality, by Brisbane yum cha standards. The service was very friendly, something that I don't take for granted in Asian restaurants, and the atmosphere was almost peaceful (again, unusual). It's nice to have the option of having yum cha somewhere other than Sunnybank.