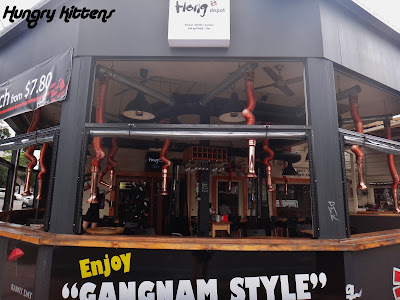 I can not, for the life of me, remember what was at the corner of Melbourne and Boundary Street before Hong Depot was there. All I know is that block is now occupied by a vibrant and inviting Korean restaurant that commands my attention every time I walked past. I really, really wanted to try it... even before they painted a silhouette of Psy on their wall. Gangnam style, peeps. 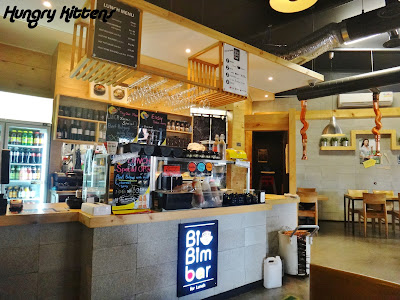 Hong Depot is open for lunch and dinner. Marc told me that their dinner menu is more 'proper' (and expensive), with barbeques and hotpots and large set menus. When we went at lunch time, the food was quite cheap but there wasn't a lot to choose from. 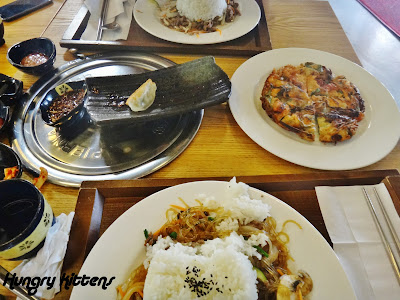 We got there just after the huge and sudden freak storm hit Brisbane the Saturday before last. It was eerie because the sky was clear again but we could see the damage done all along the street, with trees keeled over and many stores abandoned. Hong Depot was nearly empty with just a couple of waitresses cleaning up the mess out the front. We were requested to take up an inside table, which was fine by us because that felt 'safer' anyway. 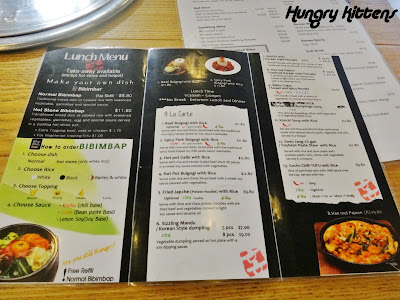 There were a number of lunch specials, with a beef bulgolgi special-of-the-day at a reduced price. We ended up getting that, a seafood pancake, some dumplings and a japche to share. There was also a selection of bibimbap (hot stone rice dish) available and a bibimbap bar where you could add sauces and condiments to your stone bowl of meat, veg and rice before mixing it up. I was tempted but I guess I'll try it next time. 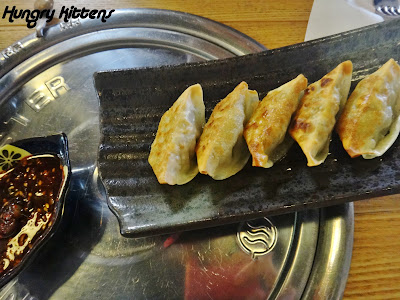 Our dumplings arrived first. They were fried crisp and served with a sticky, sweet soy sauce. They were OK but not amazing. I think they were slightly on the oily side and the filling was uneventful. 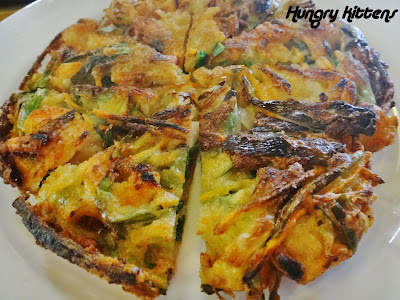 I really loved the Korean seafood pancake though. It was nice and crispy (not soggy at all) with large chunks of vegetable for texture. There wasn't a lot of seafood but I thought it was tasty anyway. 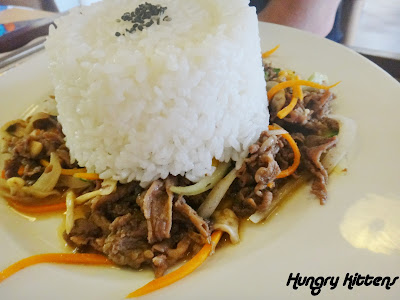 The bulgolgi was served with a huge mound of rice. It was delicious! I've tried bulgolgi in many places before and it's always yum (sweet and salty beef can do no wrong) but this version had a charcoal flavoring that made it stand out from the pack. I probably would have liked a bigger beef to rice ratio but for the price, I can't complain. 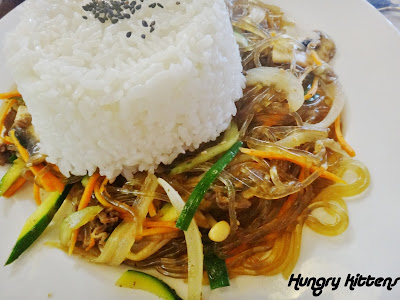 The japche ended up being fairly similiar in flavor to the bulgolgi. It had less beef though, and instead, the addition of sweet potato noodle. It also wasn't as saucy. It was strange for me to have a noodle dish served with rice. I would have prefered more of the bulgolgi!

I enjoyed my lunch at Hong Depot. I thought the food was tasty and reasonably priced and the staff was courteous. The restaurant decor is cute and the location is convenient too. I'd like to go back and try their dinner menu.