Charm Sushi for Dinner and BYO 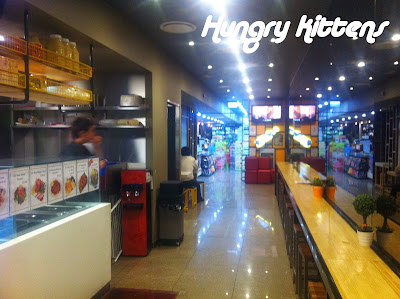 My friend Jaws was really excited about this new establishment in Brisbane. He took me there when we first caught up after I got back from Europe. I had suggested we meet up over coffee but it was overridden with his suggestion of 'a Korean BYO eatery with its own bottle shop'. He touted this venue as the greatest invention to hit our city in the last decade. 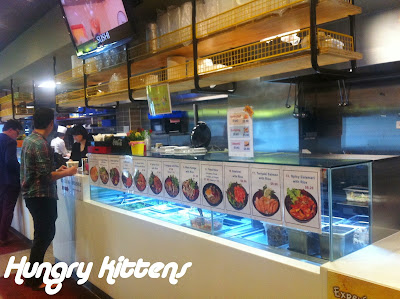 Although it was described to me as a Korean restaurant, I later learnt that the place was called Charm Sushi, which sounds more Japanese. Whatever the true identity of this eatery mahy be, it does contain both Japanese and Korean style dishes and plenty of sushi options. 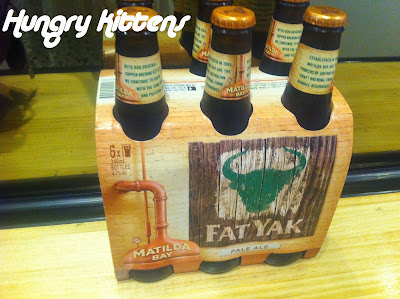 I've been to Charm Sushi twice now in total. The first time was with Jaws. I had dinner plans later on that night so he ate and I just had a drink. As promised, it was extremely convenient to walk on into the bottle shop corner, pick up a six-pack and plop ourselves down to eat, drink and catch up. 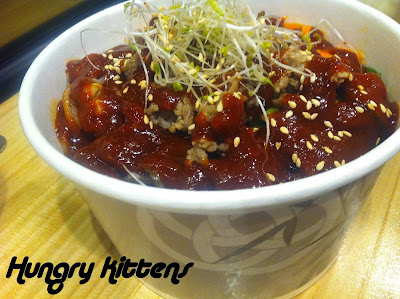 On this occasion, Jaws chose the bimbibap, which arrived in a takeaway container. He said the meal itself was fairly average because bimbibap is something normally served in a piping hot stone bowl but this was just in plastic and didn't have the same flair. Apparently the sauce fell flat too. 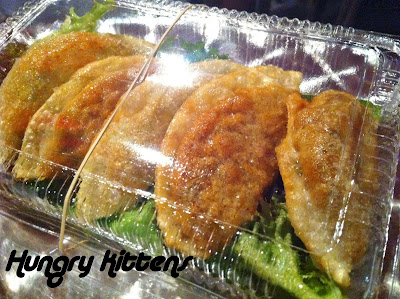 It might have only been the next evening when I found myself back at Charm Sushi with Marc and Garthritis. We were trying to kill the awkward hours between work finishing and a late night event starting so we had some drinks at Charm Sushi. This time we sat streetside but again, the drinks were bought on site from the in-restaurant bottle shop. 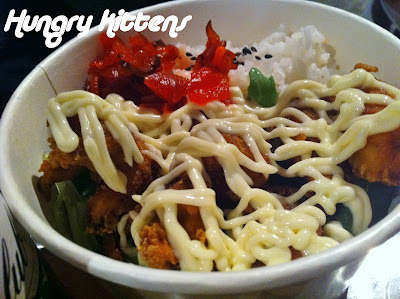 After a while, we got peckish and ordered our food. Garthritis went for the karaage chicken, Marc had spicy pork and I chose the beef bolgogi. 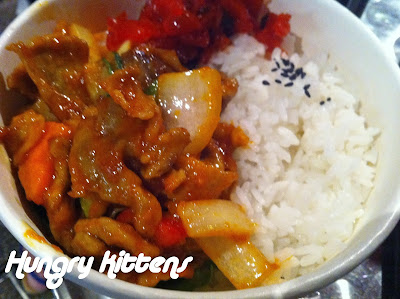 I didn't think the food was as horrendous as Jaws made it out to be. I mean, it's cheap fast food Asian and to me, it pretty much served its purpose. 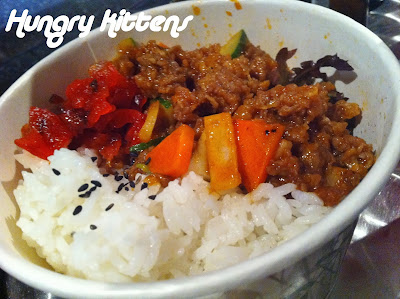 Charm Sushi is a nice spot for during work meals or after work drinks. It's conveniently located, casual and cheap, which fulfils everything I need for a weekday pop in eatery.
Labels: Asian Restaurants, Casual Dining, CBD and Surroundings, Dining Out