Fish Roe for Dinner and Wine 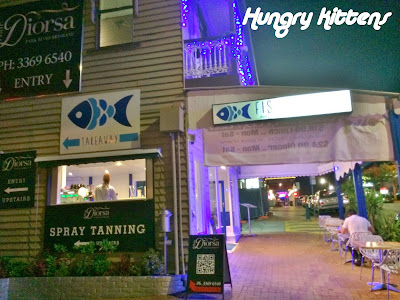 I'd like to think of myself as a very planned individual. I love organising things and scheduling things and coordinating things. Unfortunately, it's quite often that my laziness overrides my plans and the result is: things do not get done. 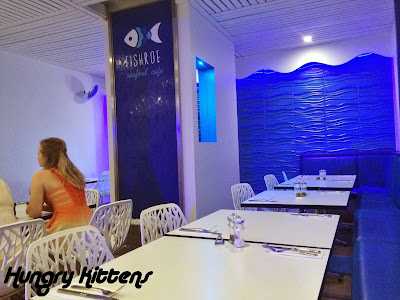 Long story short is that I live in an apartment and own a puppy. As toilet trained as he is now, the pee's still gotta go somewhere and it accumulates on the balcony and becomes quite a nose-full. I ordered a steam mop to help tackle the situation and had it delivered to Marc's work in the city. He rides a bike to and from work and the steam mop was decidedly too big to fit on it. I've had bad experience after bad experience of trying to pull over for a short stop in the city. The one way streets, no stopping zones and wild pedestrians fill me with fear. I point blank refuse to drive to the city during the day. But... I needed that steam mop. 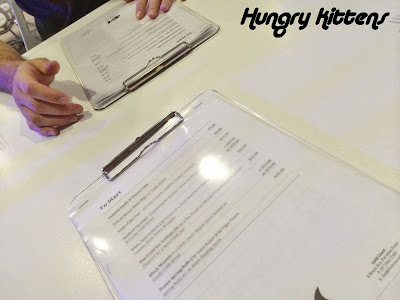 I planned this ingenious two-birds-with-one-stone scenario of having dinner in Milton before stopping in the city to grab the mop. Marc would be driving, of course, which takes away all the stress.

It's been a long time since I've eaten at Park Road. I can definitely say there's been many changes. Lots of old, familiar restaurants are gone and replaced with new editions I'm sure I'll wind up trying one day. Fish Roe Seafood Cafe was one of these. For the life of me, I can't remember what was there previously but Fish Roe has replaced it with a fresh, inviting shopfront, decorated with clean blue on crisp white. There's a gentle, unobtrusive water feature in the middle of the room that feels quite zen. 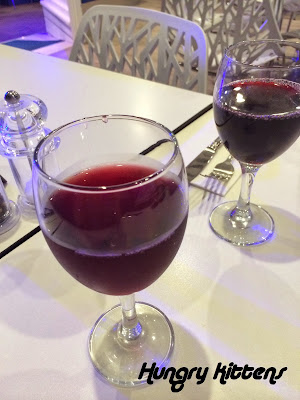 Marc and I started up with a couple of red wines. Marc chose the merlot, which is my usual pick but I went for the chilled red. It was beautiful and very much suitable for summer and seafood. 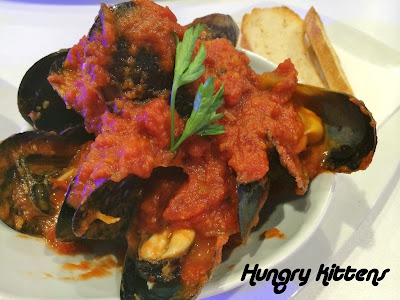 We had the black mussel entree to share. It came as a heaping bowl with a few bread crisps to dip in the sauce. As far as mussels go, I prefer a creamy garlic sauce but this tomato sauce was very moreish. The first mussel I tasted had a strange, suspicious flavour, but the rest were good. We kept the tomato sauce for dipping later on. 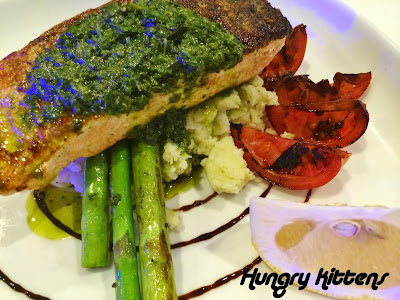 Marc's main was the pan-fried king salmon. He thought the fillet was nice and fat and the skin was crispy and tasty. I thought it looked over-cooked but he disagreed. He liked the balsamic tomatoes, which is a strong compliment coming from someone who hates tomatoes. Marc did feel that the salsa verde should have had a stronger flavour. 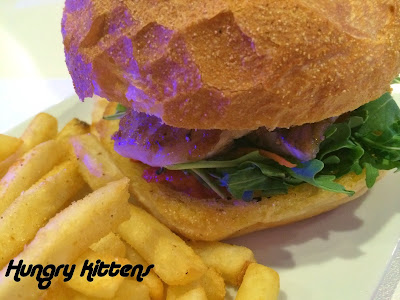 My burger was absolutely huge. The barramundi was a whole fillet, rather than the reconstituted fish meat that is often present in fish burgers. There was plenty of salad and a nice tangy sauce as well. 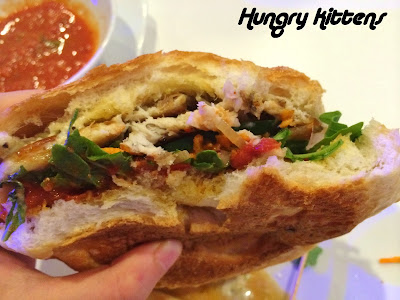 There were no complaints about the chips and true to their name, they were crunchy. We liked them with the tomato sauce retained from our entree.

Marc and I both enjoyed Fishroe. It does offer takeaway but don't feel discouraged from dining in because of that. It doesn't feel like a takeaway fish and chip store at all. The vibe is that of a classy bistro and the food is definitely restaurant quality but for more reasonable prices. Marc thought his fish main would have been at home at any fancy work function or wedding reception. There were plenty of items on the menu that sounded appealing to us so we can't wait to go back for more.

We ended up too tired after dinner and forgot about the mop altogether but at least we had a nice meal out.