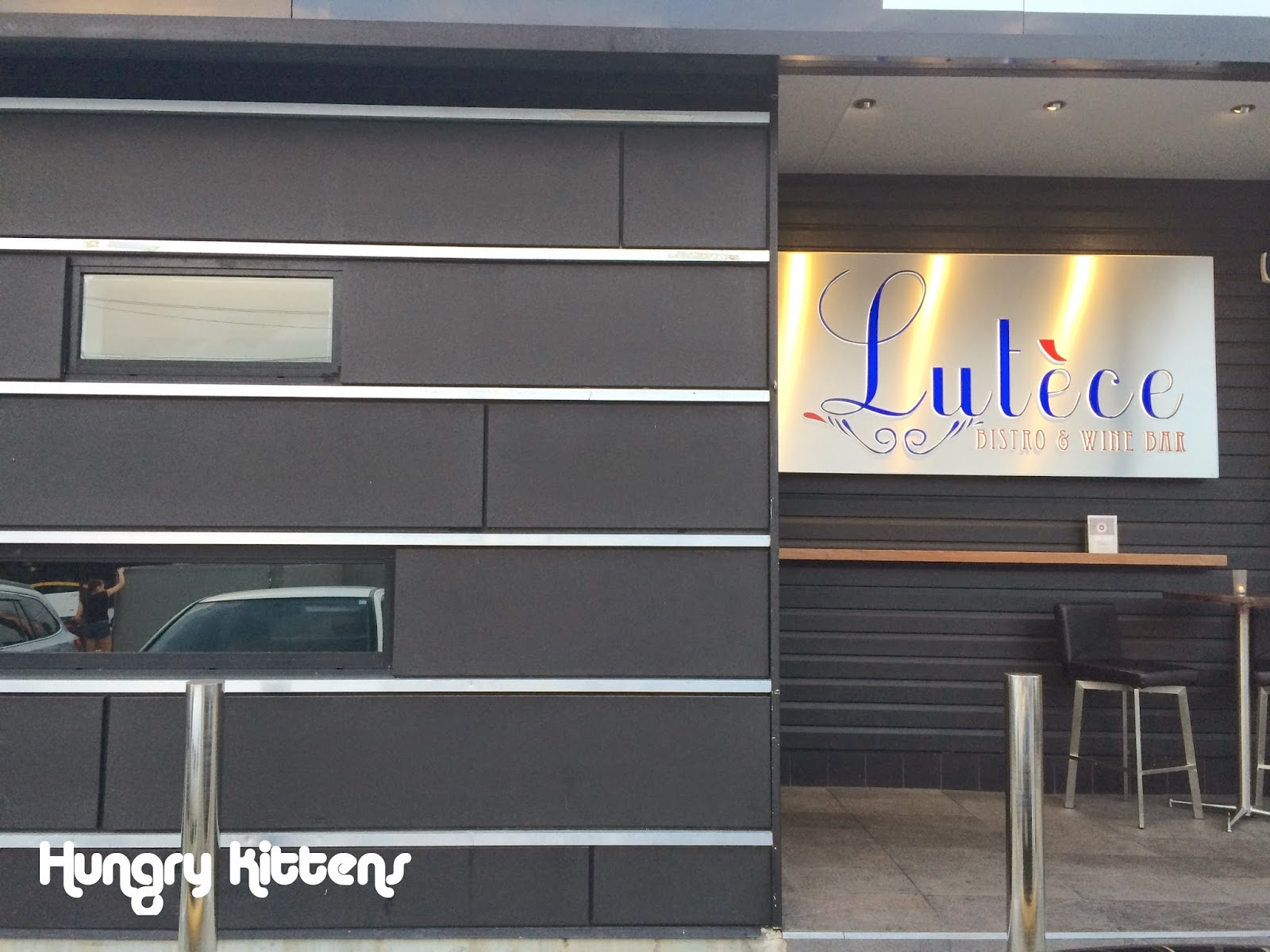 I've been on something of a french cuisine rampage these past couple of weeks. As more reviews emerge, you'll see what I mean. The first of these was our visit to Lutece late last week. The skrimp in me is always excited when restaurants on my 'to do' list offer specials. When one popped up for Lutece, I couldn't book fast enough. The downside is we had to get there a lot earlier than we like to dine out but in exchange for discounted dishes, who's complaining? 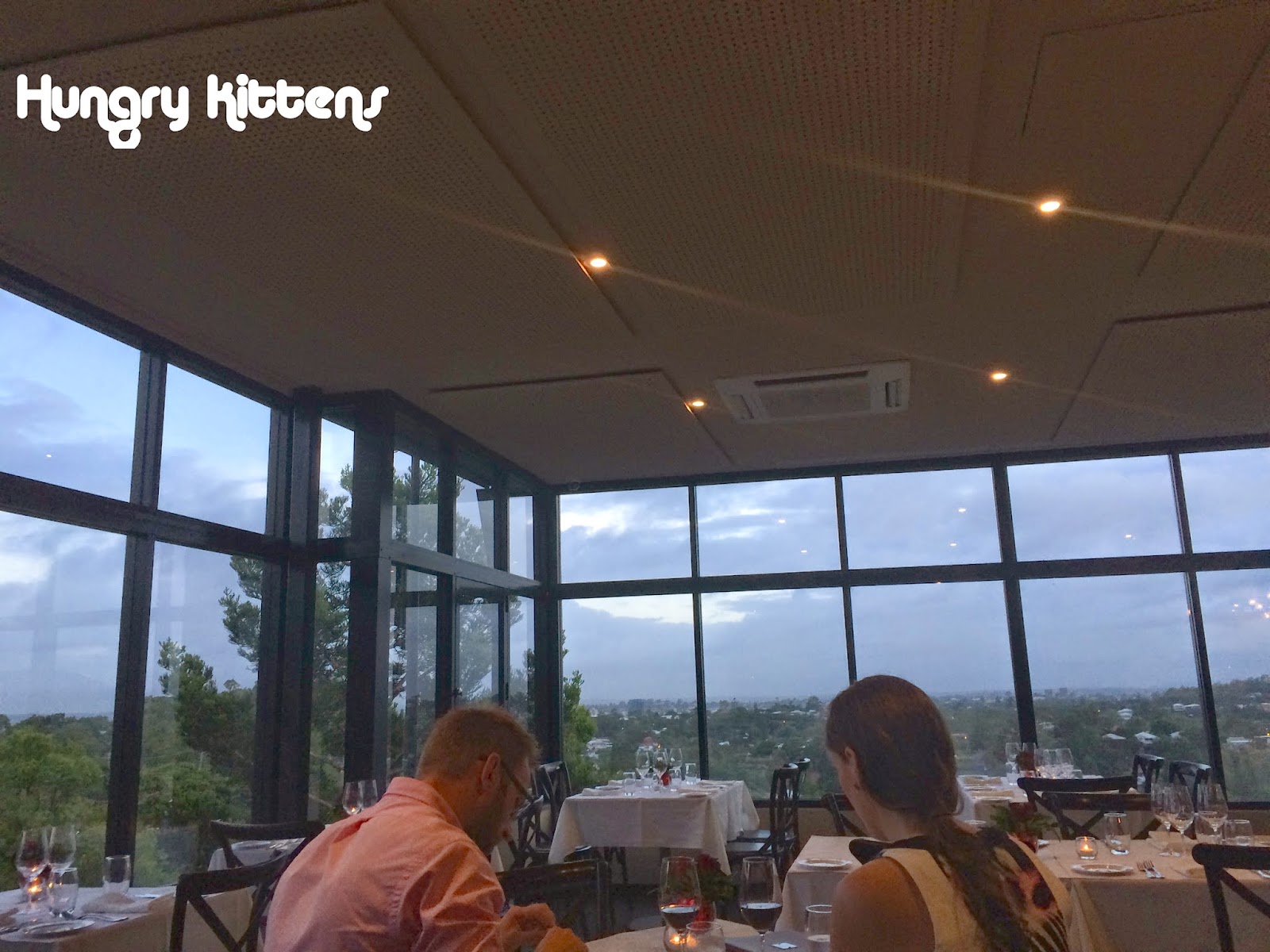 The restaurant is located in a little complex opposite Mundo Churrasco. You want to have a reasonable idea of where you're going because we didn't, and we missed the entrance and ended up having to do a gigantic loop around the block. There is parking on site so as long as you don't miss the entrance, everything is sweet. 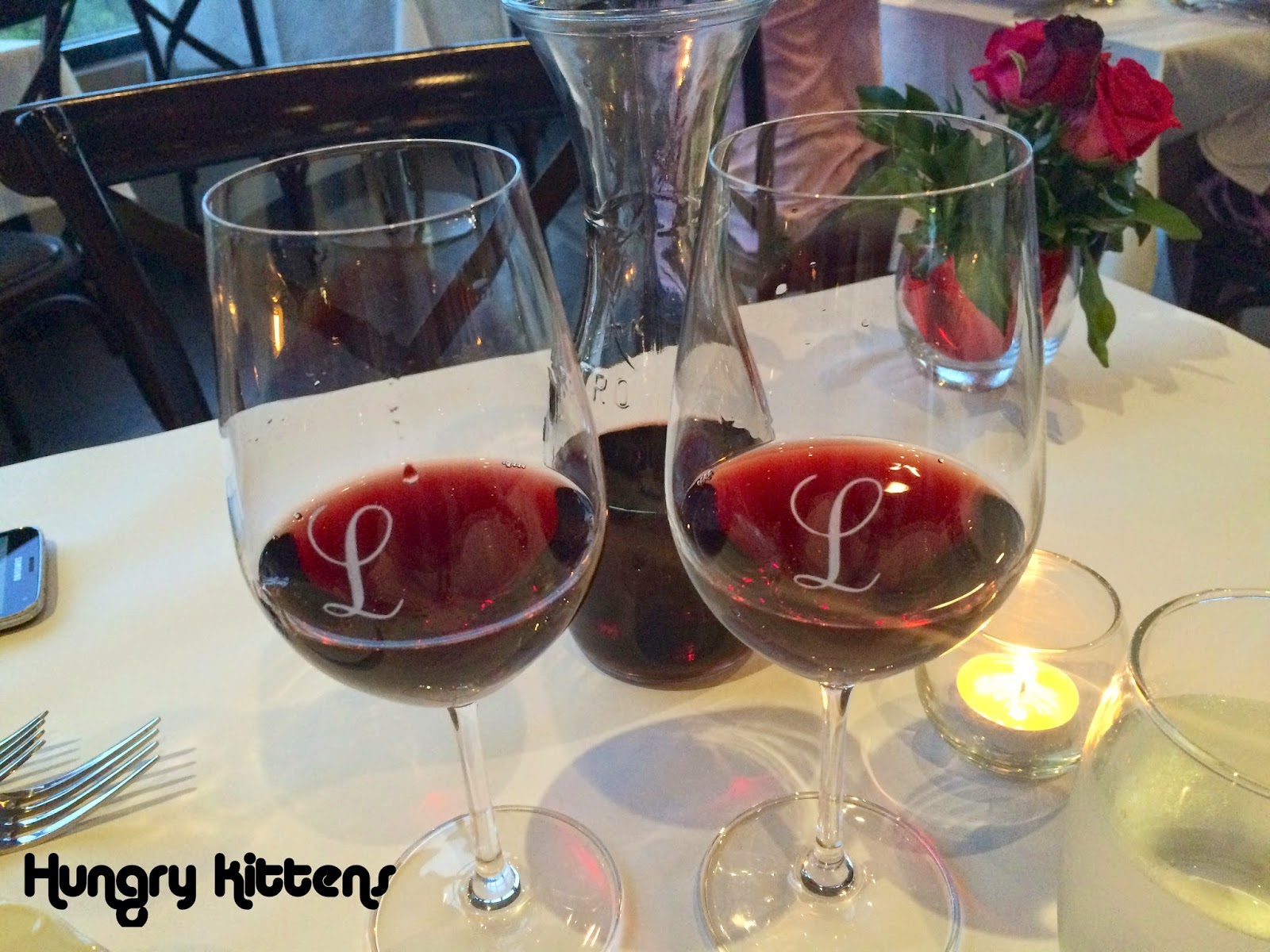 As mentioned, our booking was fairly early so the restaurant was on the quiet side when we got there. The place started filling up as our meal progressed. It actually got considerably busy for a Wednesday night. 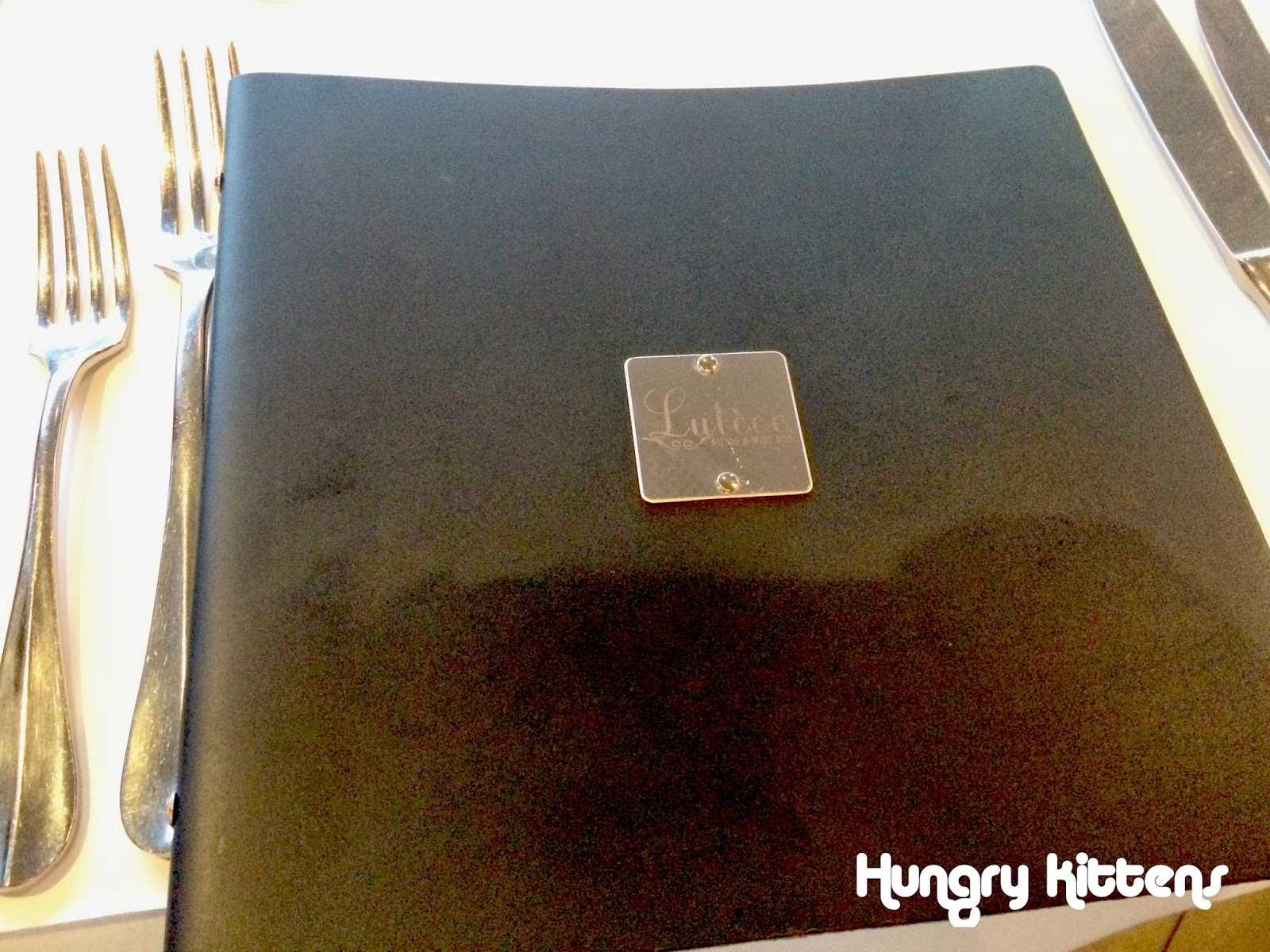 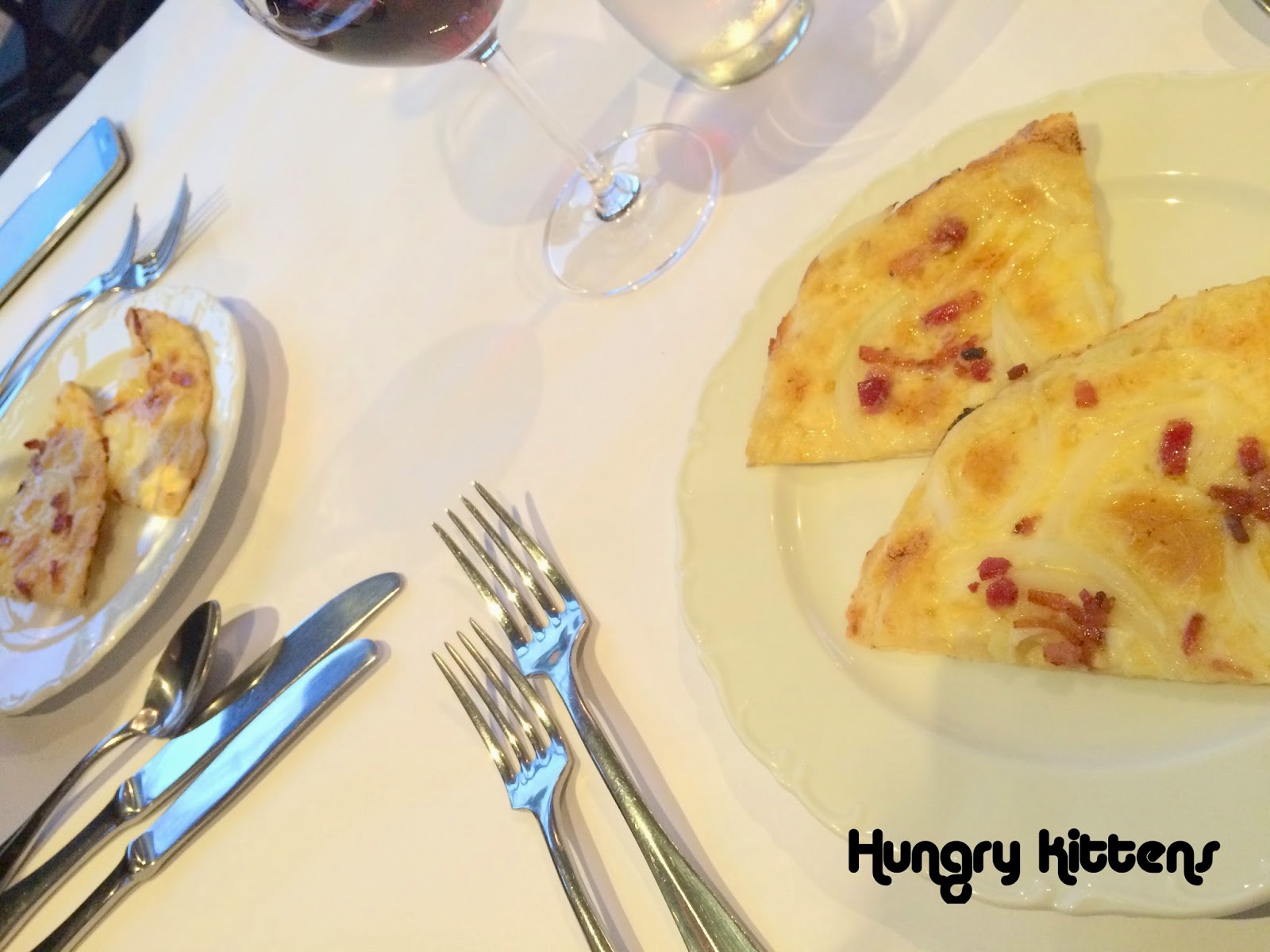 The starter was something I really wanted to try because it reminded me of a dish we had during our Europe travels. Flammekueche is something we tasted and LOVED in Germany (click here for photo). I believe that tarte flambee is the French word for it. Our waiter at Lutece described it as French pizza; I've also heard of it described as German pizza. I'm not going to get into who's more correct (Wiki says it's an Alstatian dish?!) but the bottom line is it's delicious. The version from Lutece was exactly as I remembered. Pizza is an apt starting point description because the base is thin and crunchy but rather than a tomato paste topping, it's creme fraiche, bacon and onion that provides the flavour. The combination is absolutely irresistible. I could eat entire stacks of this stuff. 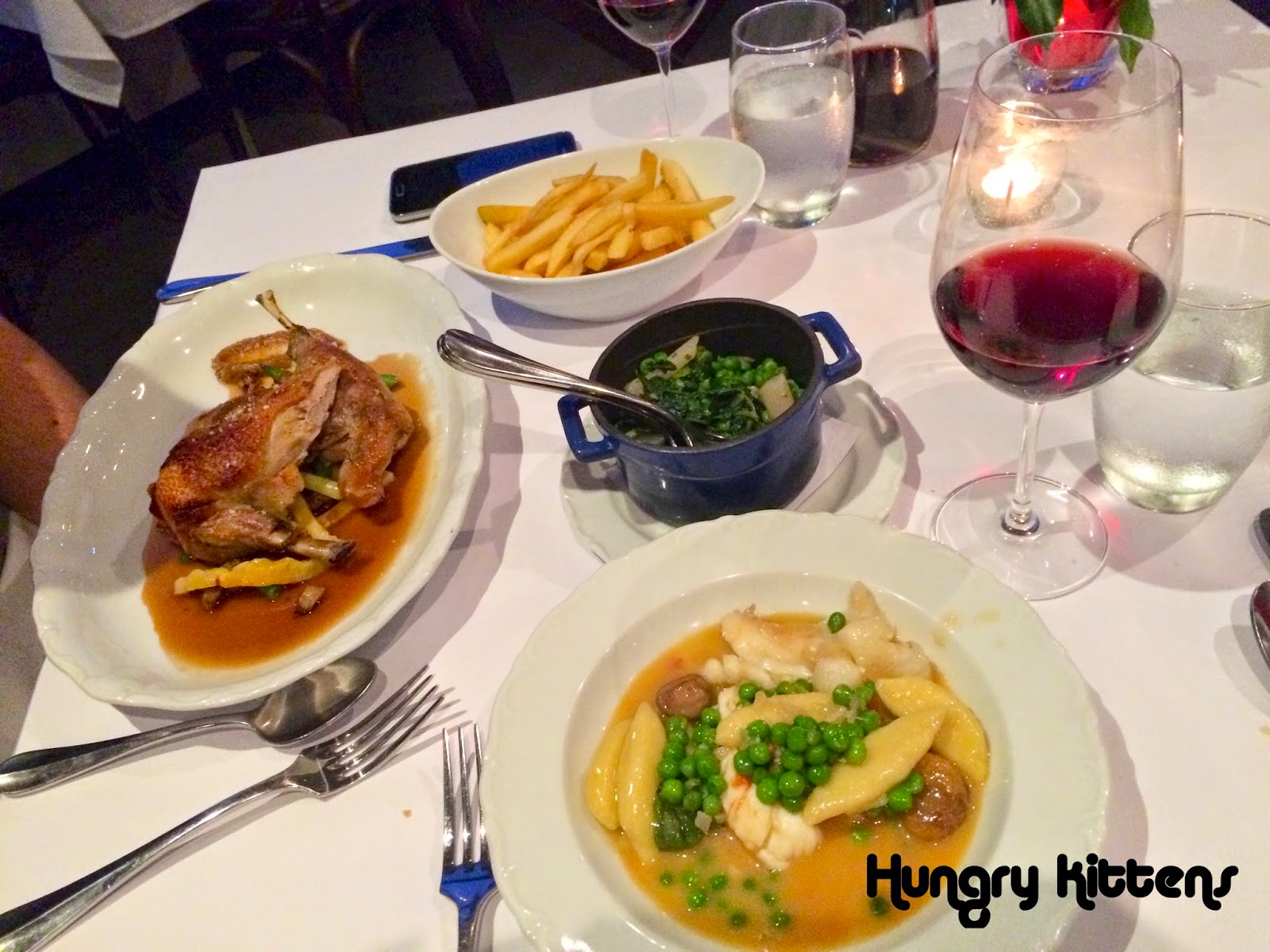 Our mains were brought out next, along with the sides. The presentation was great in both dishes and I was happy to see that unlike my preconceived notion of many French dishes of being one tiny blob of food on a ginormous plate, these looked adequately filling.

My Moreton Bay bug tail was served in a cast iron pot with baby gnocchi pieces and roasted chestnut. Our waiter served everything up onto my plate before I could blink so I wasn't able to get a pot shot but the dish on a plate looks just as pretty. I was impressed with how many morsels of bug I received. I was honestly just picturing one little piece but it was enough bug to satisfy. The sauce was the best part of the dish. It was rich with seafood flavour and creamy yet silky and not overly cloying. I loved the sweet pops of green pea as well. 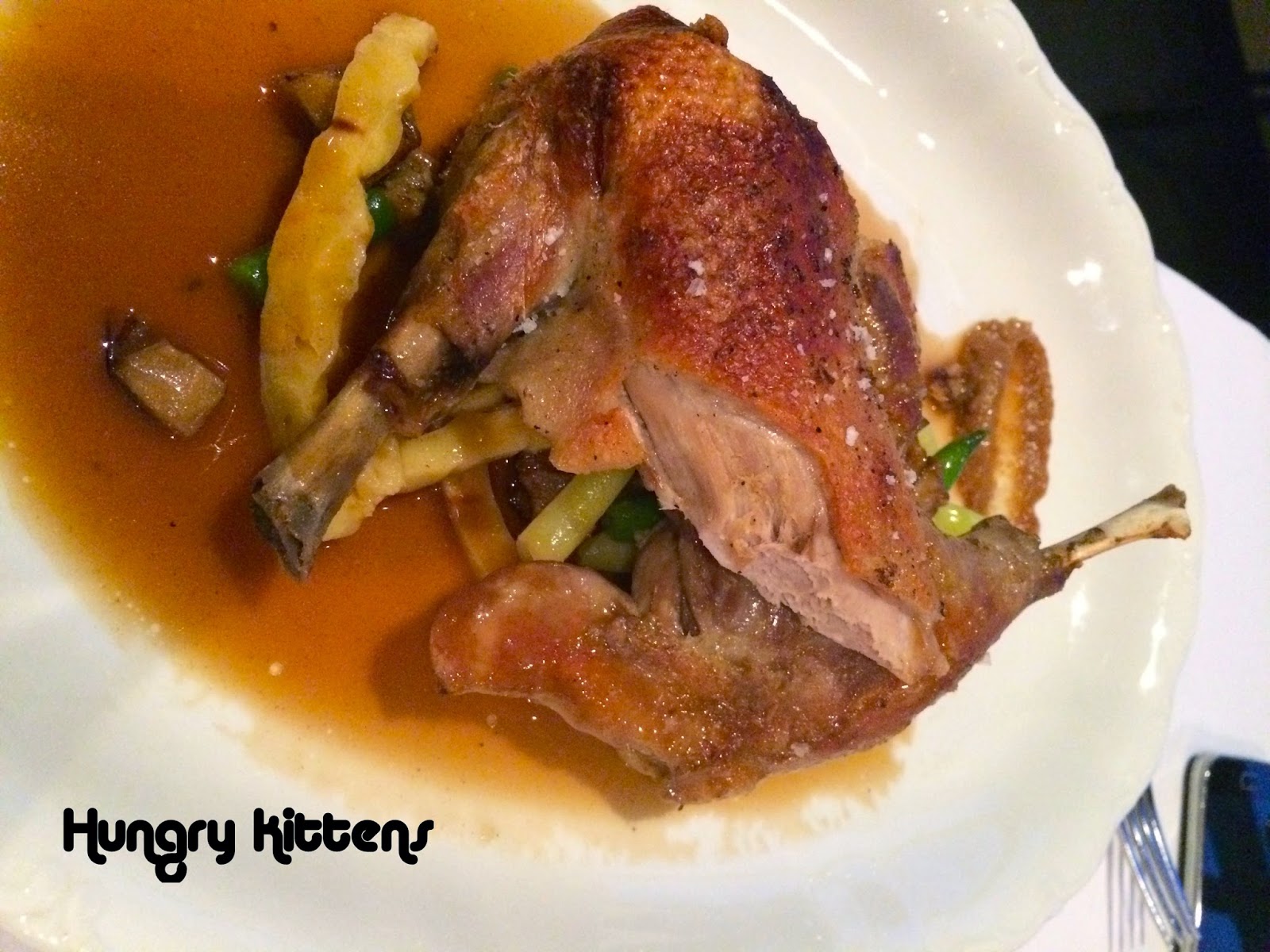 Marc's duck was also a bigger serving than we expected. When the menu said 'half a duck', they meant it quite literally. I tried a piece of his and whilst it was good, it didn't stand out as much as mine. There were also little dumpling pieces to make it an even more filling dish. I think the sauce could have used a bit more sweetness. Now that I've read a few other reviews online of Lutece (I try not to before I visit a restaurant in case it skews my opinion) I wish one of us had ordered the sandcrab lasagna.

Our sides comprised of fries (IMO a must at any French restaurant, I don't care how fancy) and beans (adorably named beanettes). The fries were good but tasted almost exactly like McDonald's fries. I feel like I've made a similar comparison at another restaurant recently and I would have said it then but I'll say it again: there's nothing wrong with Maccas fries but I expect something more wowsie for the premium you pay at a restaurant. 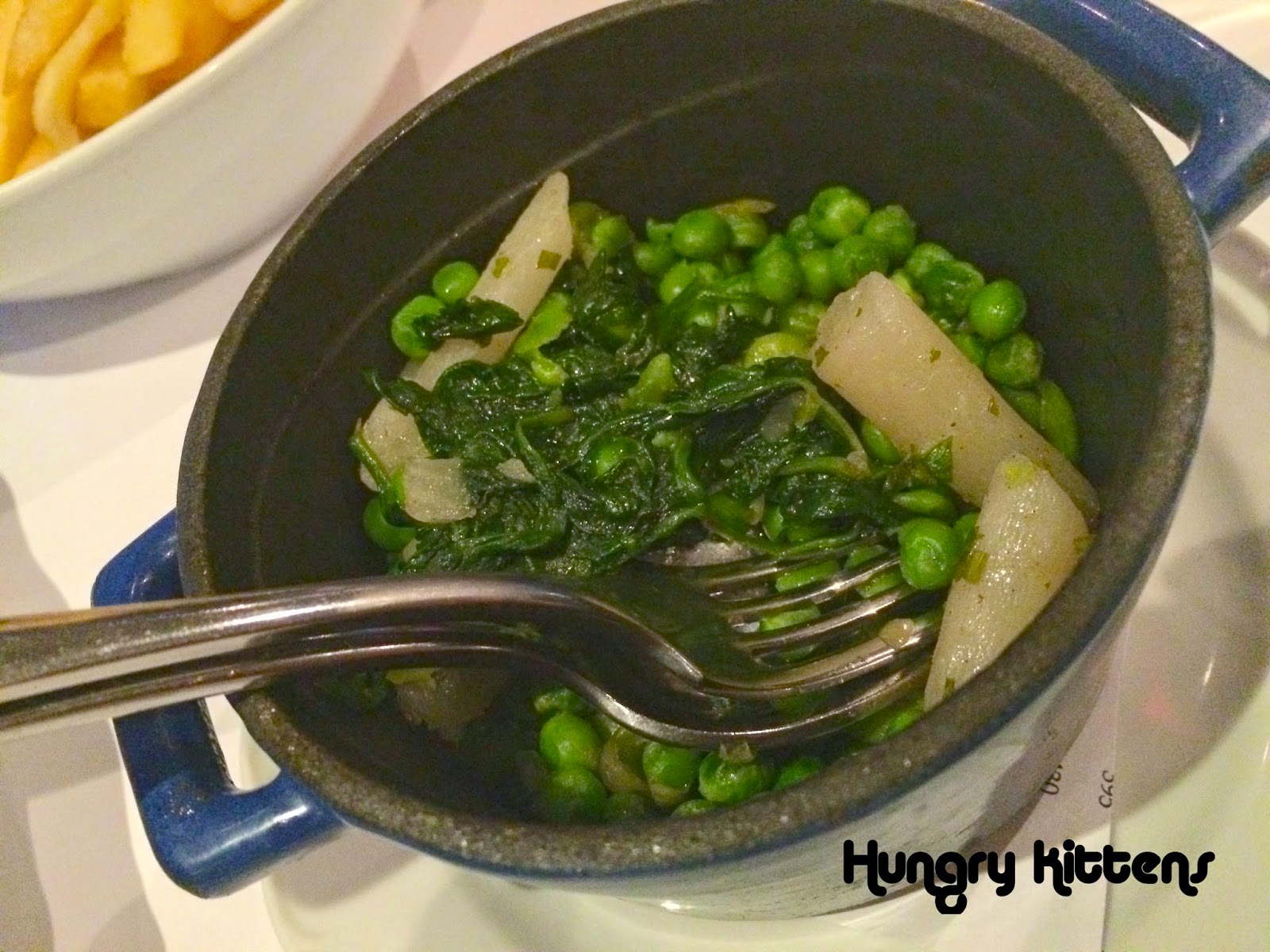 The beans were good in that they provided some greenery to our meal. On their own they tasted fine but were nothing spectacular. I know it might seem tough of me to expect a vegetable side dish to sing out but both Marc and myself can attest to green bean dishes from other restaurants that were impressive on their own.

I'm not always in the mood for dessert nowadays but I must have had enough wine in my belly to impulse order dessert without thinking. I had literally just told Marc "I'm so full, I can't move" and then found myself saying yes to the dessert menu, followed by a yes to the chocolate fondant. I blame the movie Chef for my sudden craving for chocolate fondant (named lava cake in their movie). It was given a bad wrap in the film for being a boring crowd pleaser but just call me one of the 'crowd' because I can eat molten chocolate cake any day. 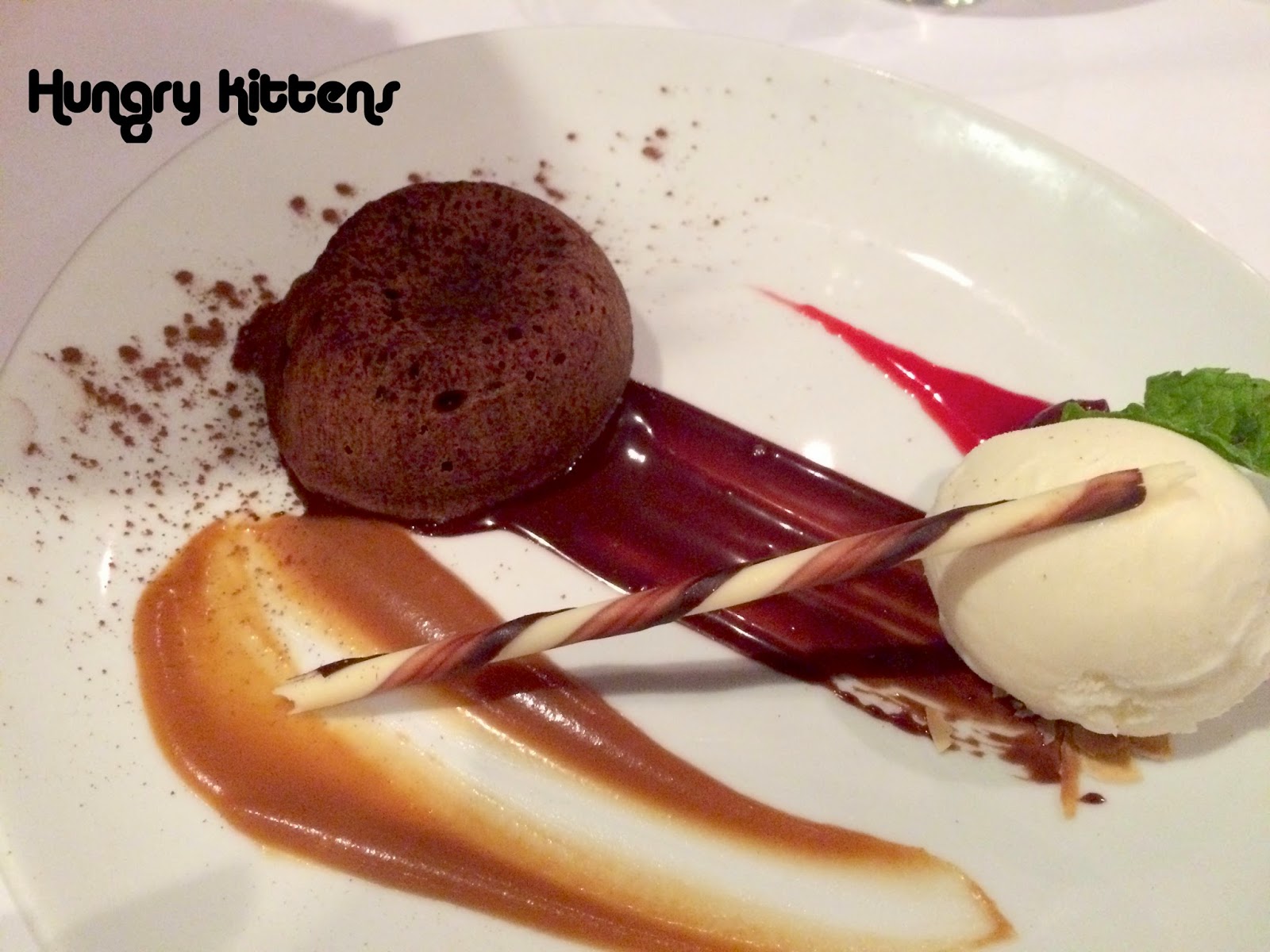 The version at Lutece was actually a bit of a letdown. I didn't think chocolate fondant could ever taste bad (many episodes of Masterchef should have warned me otherwise) but this one was bland, as though the batter was made from a clean eating recipe rather than a decadent full fat recipe. The ice-cream was quite nice but I'm not sure that chocolate and coconut went together in this manner. On the plus side, Marc really seemed to like the white chocolate log decoration piece that came with this dish.

We had some hits and misses at Lutece. Overall, I thought the ambiance was fantastic. The restaurant has expansive floor to ceiling window views looking out onto... nothing extraordinary but all the same, it was lovely to observe the changing sky as the sun set during our meal. Service was top notch to the point where the low class bogan in me felt a bit overserviced and awkward at times. I think that's just a me and Marc thing though. We lack class. The food included some major wins in the flammekueche and Moreton Bay bug tail but the duck and chocolate fondant were less impressive.