Lunch at A Bite of Shandong 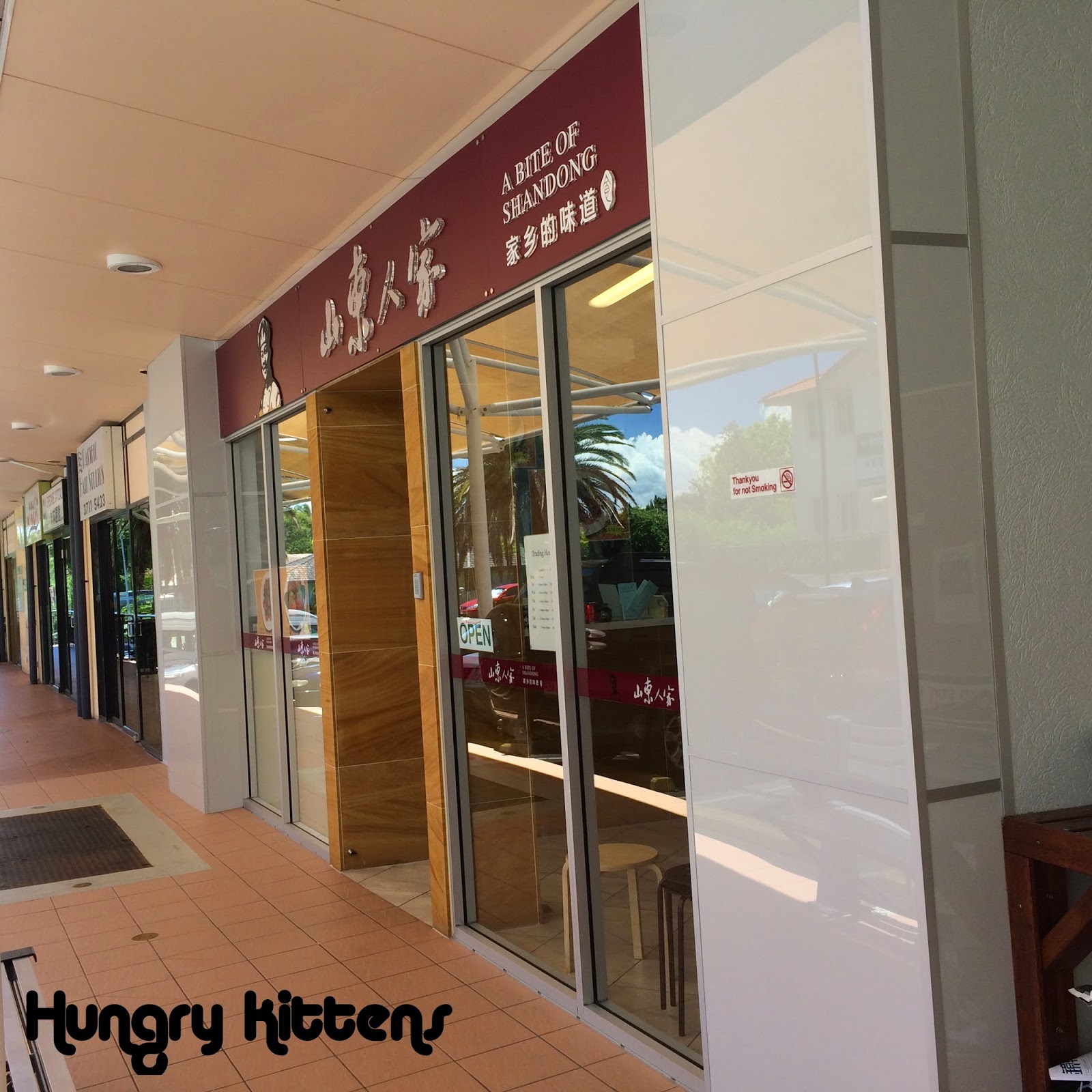 Nothing can fuel on a food craving faster than late night chats on Facebook with a fellow foodie. Jenny and I were having reminiscent discussions about homely dishes of our past; examples that popped up included cumin lamb skewers and braised eggplant. Jenny mentioned that her favourite version of braised eggplant came from a small Shandong-style restaurant in Sunnybank Hills. Later on, she went there with her dad and showed me their order and the photos looked so tempting I couldn't wait to try it for myself. 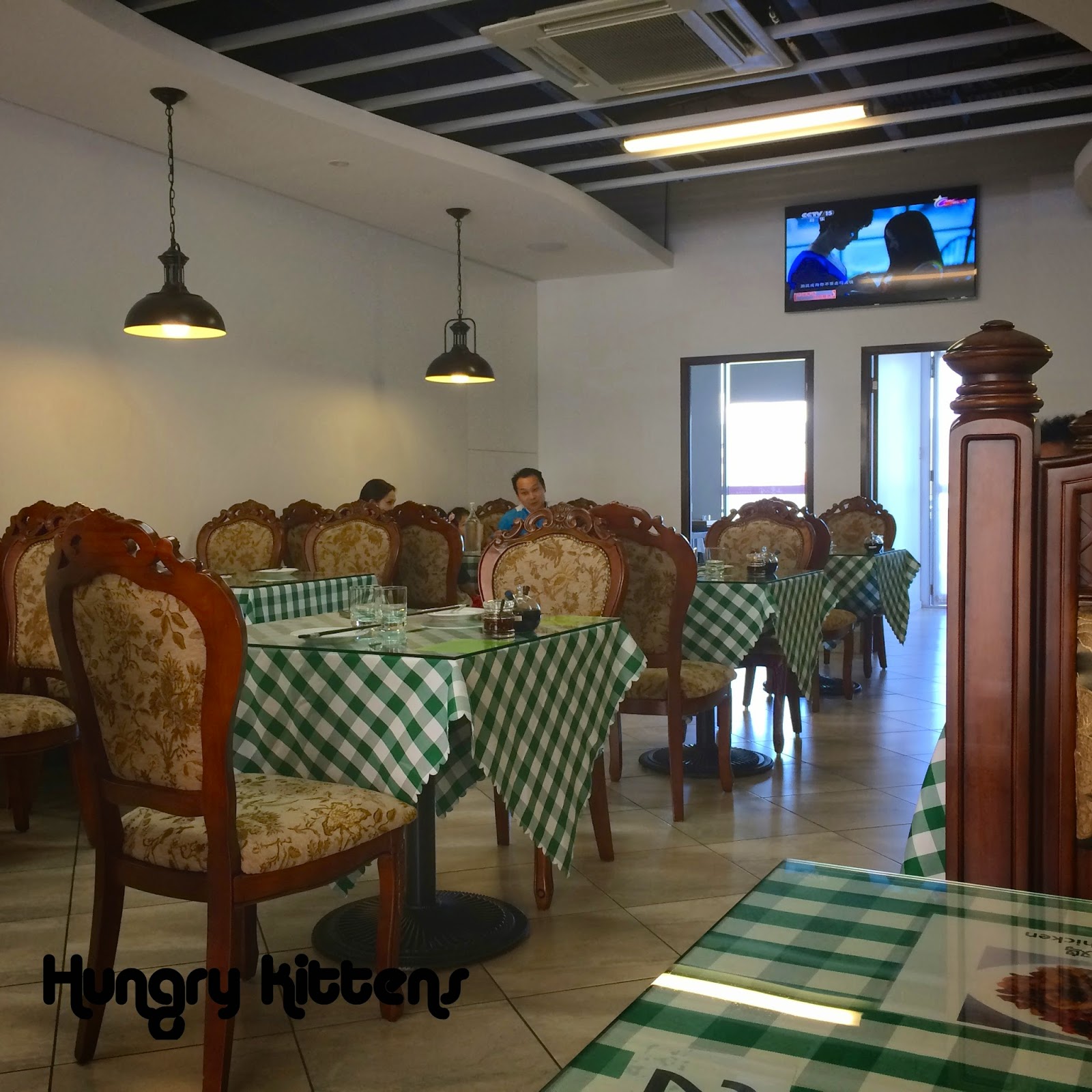 A failed attempt to visit A Bite of Shandong occurred on a Monday. Note: they do not open on Mondays. Not to be deterred, I went again with my parents for lunch last Sunday. It was fairly quiet when we got there (12:30pm) but it started filling up as the hour went by. 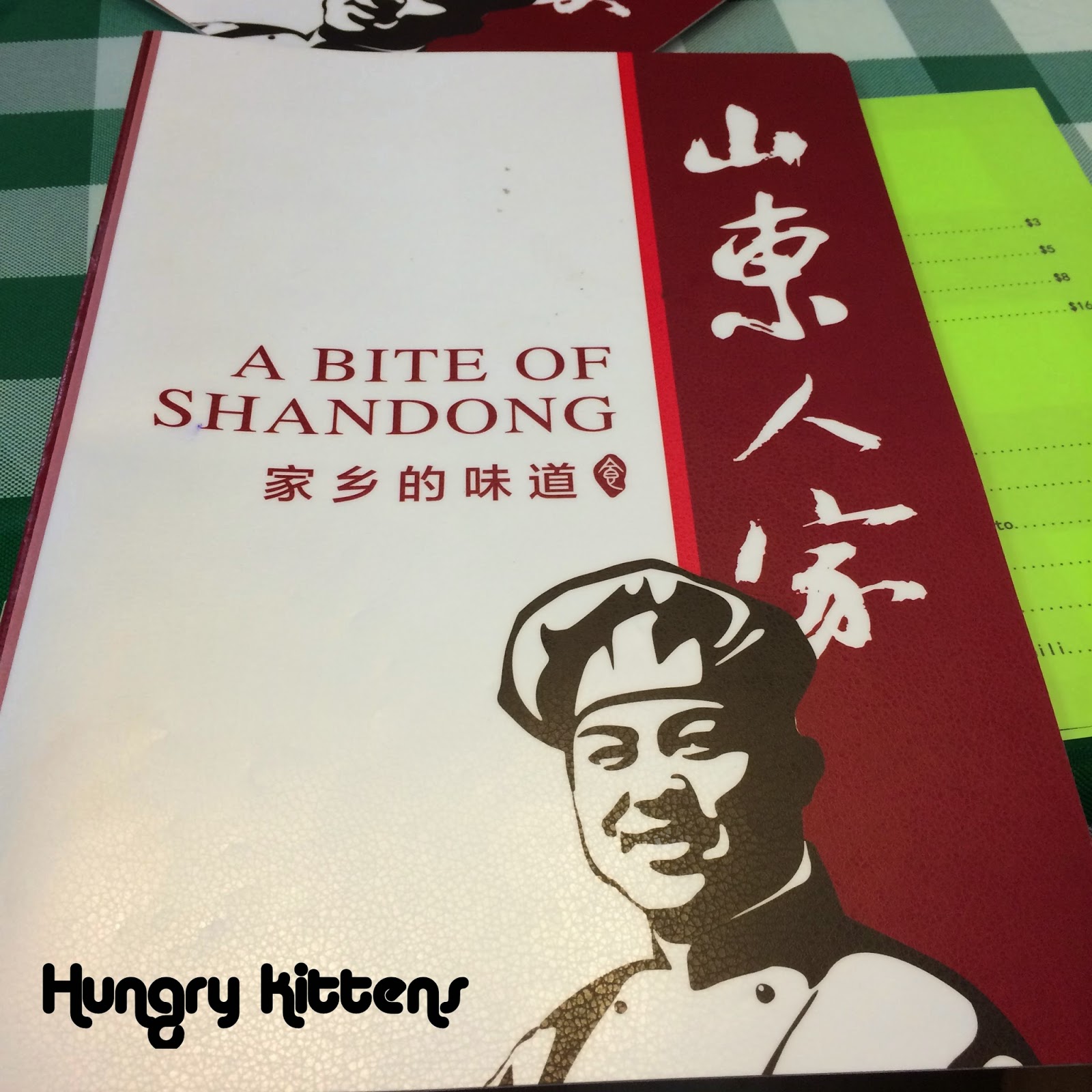 The menu at A Bite of Shandong contains a lot of what I think of as Chinese comfort food. These are the type of dishes that are saucy, full of flavour and perfect for slurping up with rice. There were also plenty of tempting hand made noodle and pastry options.

My family ordered a few dishes to share, including a noodle dish and a lunch special that came with rice. It was a bit of a mixed order because mum and dad were planning to take leftovers home for work lunches over the next week. We intentionally ordered more than we could eat. 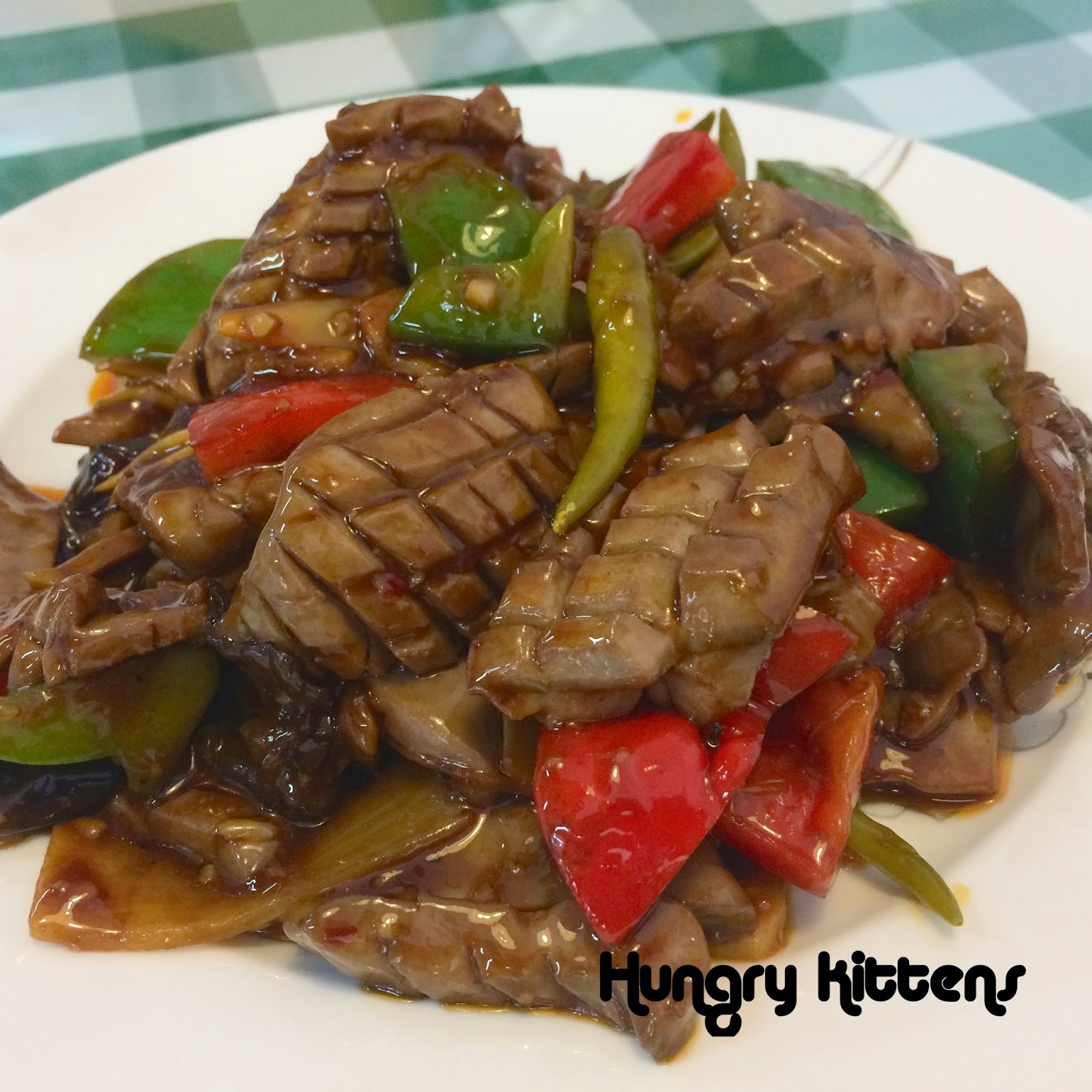 The first dish to arrive was stir-fried kidney with capsicum. Kidney, when cooked well, is one of my favourite ways to eat offal. When done poorly, it can be rubbery and smelly. This version was treated well and didn't have any bad aroma. Dad found the kidney to be slightly overcooked because he prefers it just pink but mum and I thought it was fine. 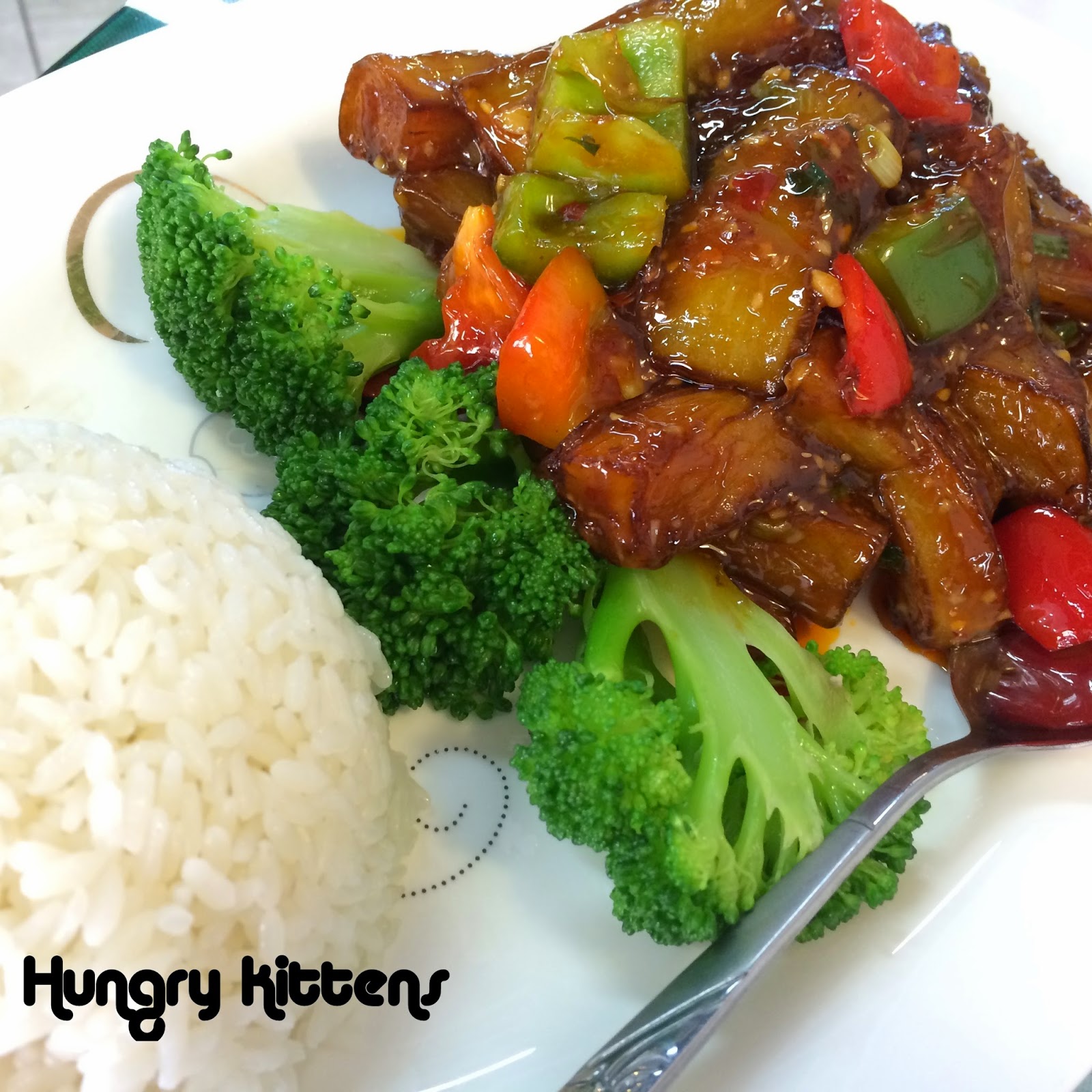 The eggplant and rice dish came next. I'm used to braised eggplant in a spicy pork mince sauce. This was more like eggplant in sweet and sour sauce, which was unusual but very moreish. I'm not normally a rice eater but I kept going back for more rice to eat the eggplant with. The texture of eggplant was perfectly squishy and soaked in sauce. It was quite a sweet sauce though. 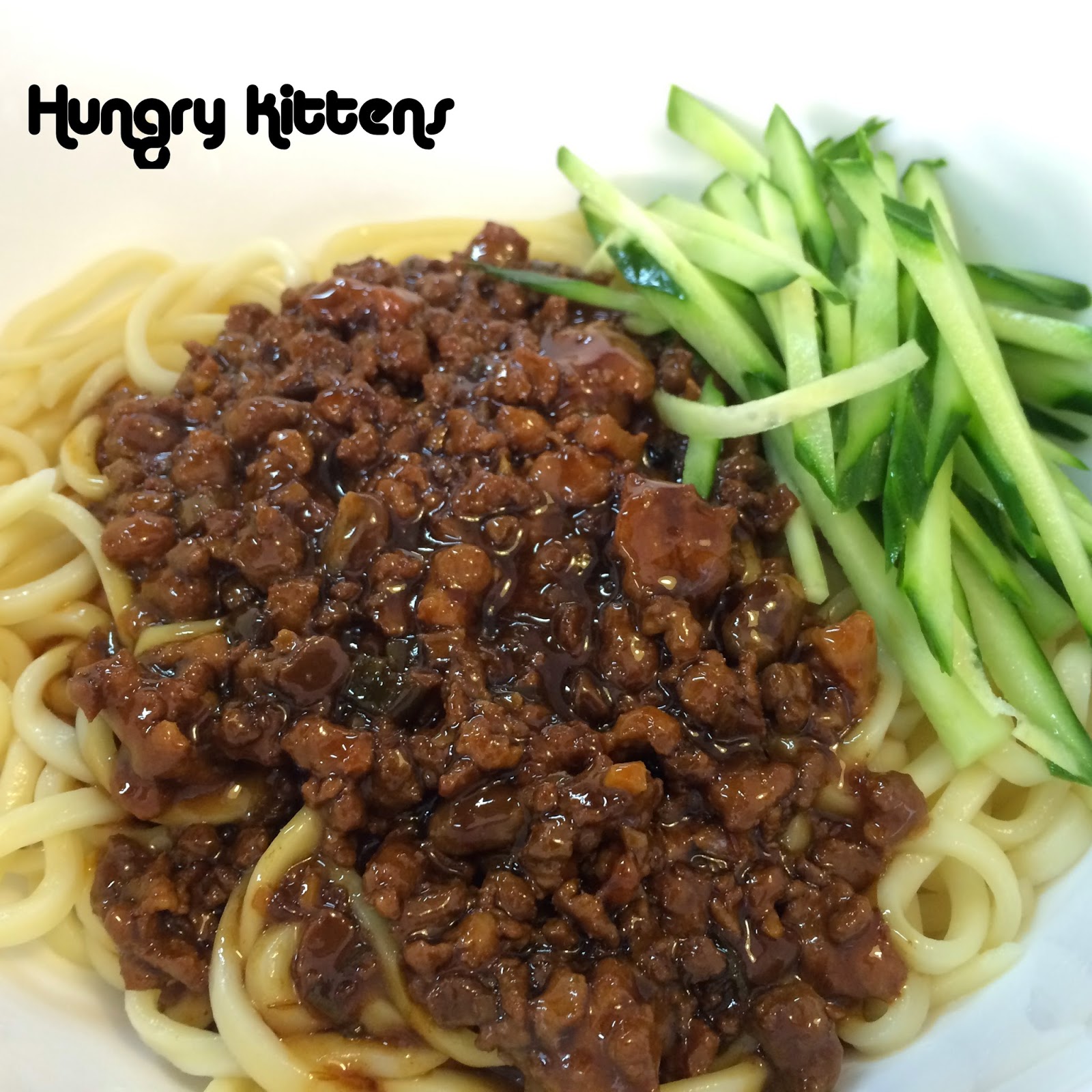 Summer is a great time for mince-mixed noodles. The version at A Bite of Shandong is simple, with a saucy mince topping and sliced cold cucumber. The noodle itself has a nice, elastic texture. I thought the sauce needed an extra dimension of some sort; either sour, or spicy or sweet (or all the above) because it kind of just tasted salty. 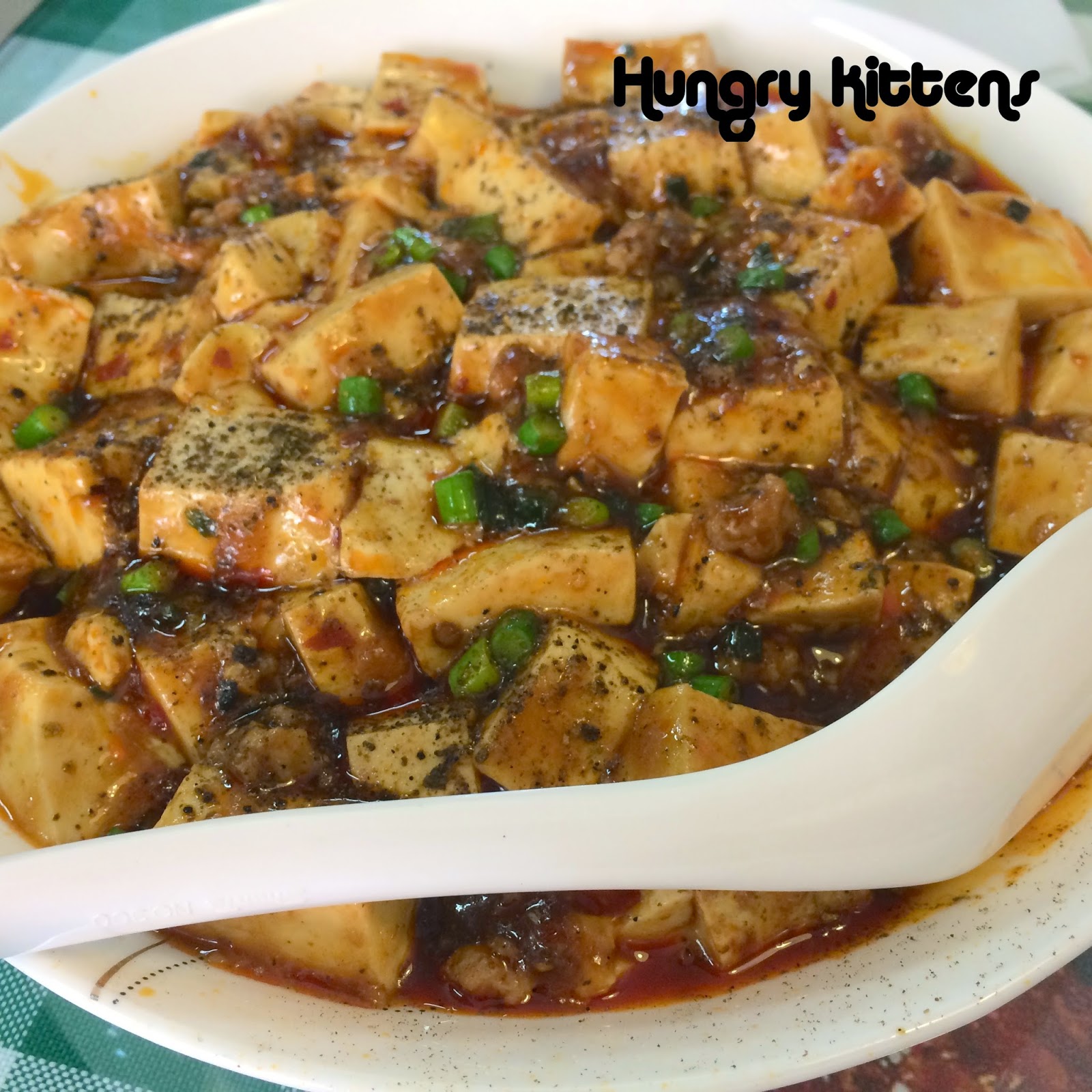 The mapo tofu was brought out next. I can't comment on the flavour of this one because I didn't try any (limited stomach capacity) but the serving was visibly large. 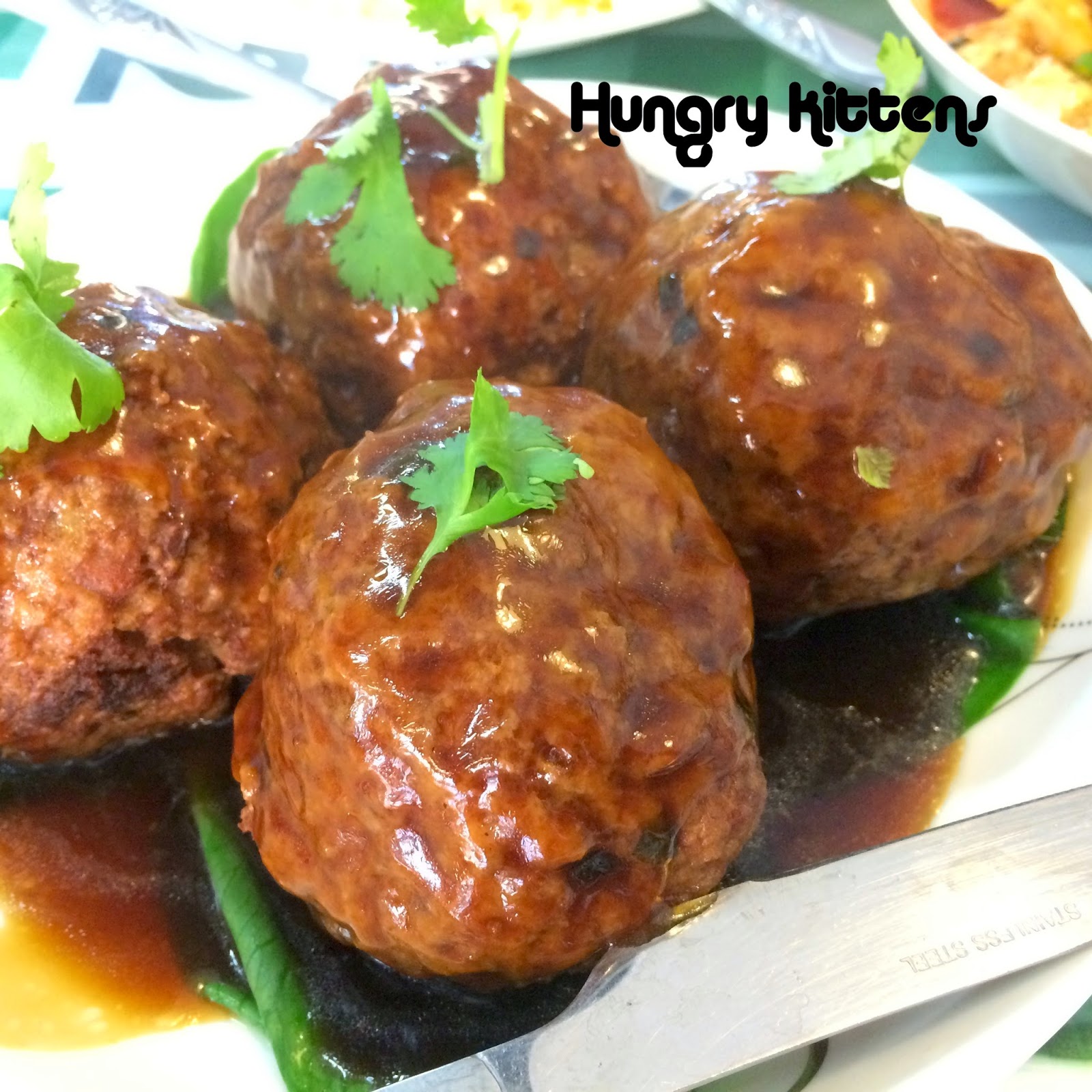 Our final dish was one that I was greatly looking forward to, especially because it's featured as one of A Bite of Shandong's specialty dishes. The dish is called four joy meatballs and mum queried why it was called that because she couldn't find any treasures buried inside the meatballs. Dad gave her an eyeroll and said "because there's 4 of them", which would seem intuitive but mum angrily pointed out that even one meatball was still called a four joy meatball. 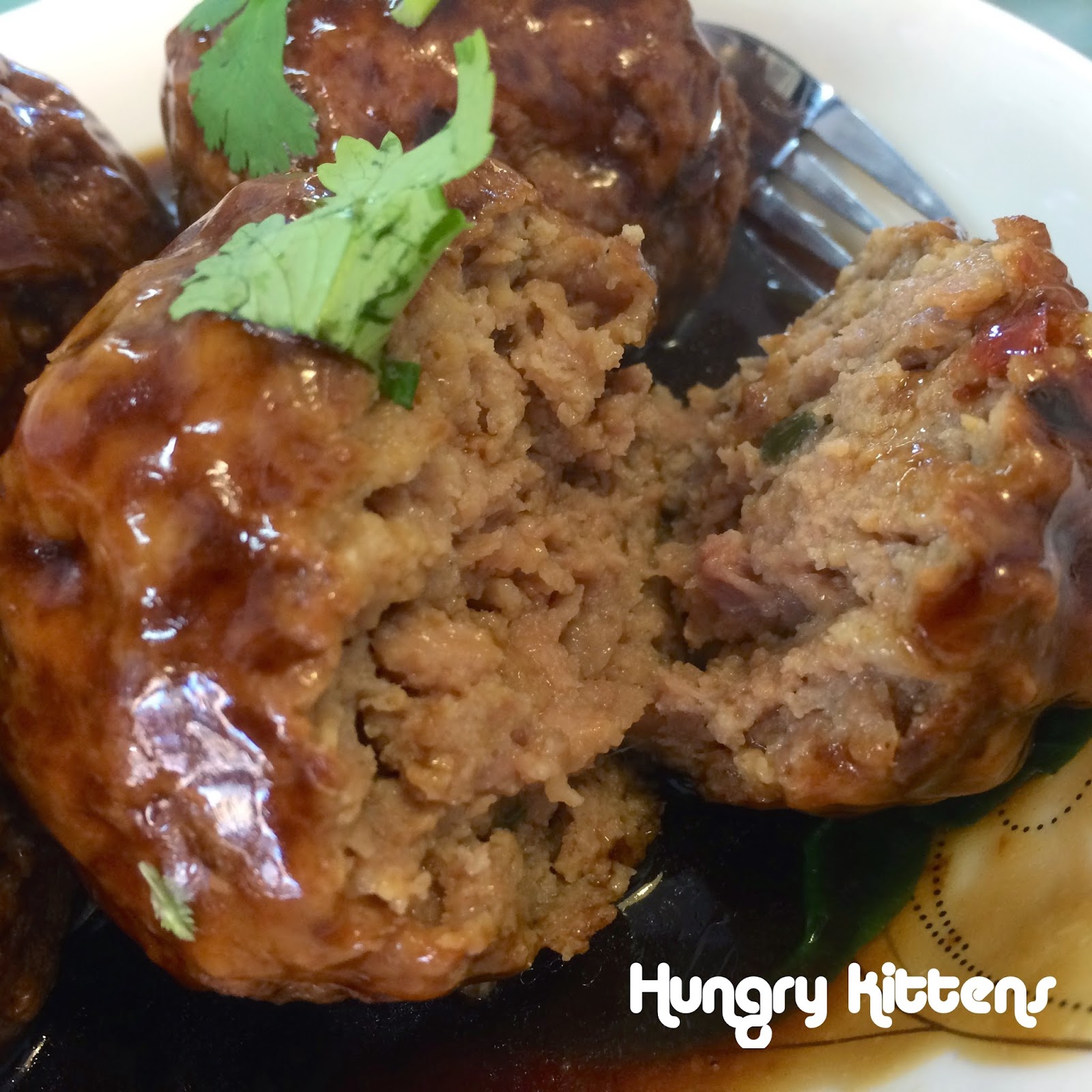 Semantics aside, the meatballs looked gorgeously glossy and wobbled ever-so-slightly on the plate. This suggested a gentle tenderness and when I pulled one apart with my chopstick, I could see that the meatballs were indeed very tender and soft. These were also great for eating with rice.

All the dishes at A Bite of Shandong were served piping hot with a hint of wok aroma, which is something we look for when we dine out at Chinese restaurants. I liked the eggplant and meatballs and I would like to try other varieties of noodles. Service was fast and staff were friendly.