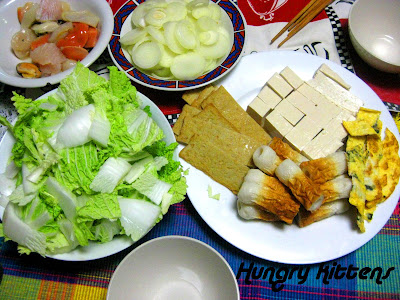 Be prepared to read about the most unauthentic Korean hotpot you'll ever come across. It's true that I have had a fair amount of Korean soup dishes from eateries around Brisbane. There's no perfectly good excuse for getting it wrong. In truth, we weren't aiming to recreate any particular dish we've eaten in the past. I didn't even do any research on how to go about replicating a genuine soup base rarara.

The thing is... the hotpot was good. You just put in whatever you've eaten that you have enjoyed. My photos below are just suggestions - same as restaurant menu photos and Korean instant noodle packets. They are all suggestions.

My soup base was a bit of an experiment. It tasted good and IMO 'decently' authentic although a born and raised Korean would probably have fainted. I COMPLETELY EXCLUDED kim chi. Enough said?

Korean Hotpot
Serves... many people (depending on degree of hunger)

Soup base
Hotpot additives (no quantities given because you just put in what you like)
Dipping sauce
Procedure:

1) Stew together your soup base ingredients (minus hot pepper paste). 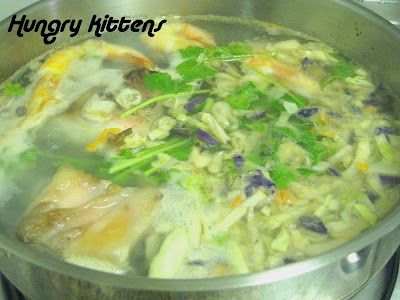 2) After a few hours, remove the beef bones and add hot pepper paste. To save time, you could cook the beef for less but use some stock cubes or beef stock... or, if you're a real cheat, use pre-bought hotpot soup base. 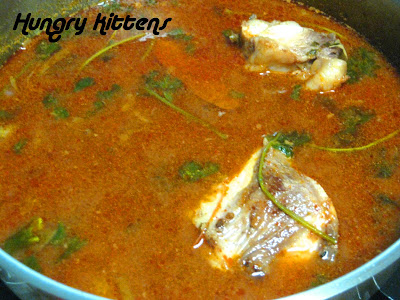 3) Once your soup base is ready, bring the whole pot over onto one of those portable stoves. Get your family/friends around and start enjoying!

P.S. if you've never had hotpot before, basically you add the raw ingredients into the constantly-boiling soup pot. Once cooked, you fish it out, dip in sauce and enjoy. 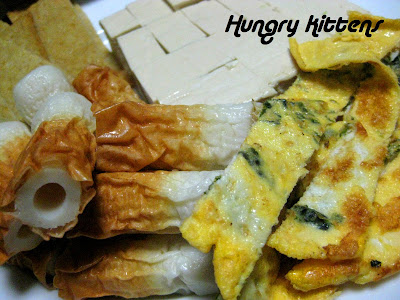 I think hotpots work better with sliced meat, as opposed to seafood, tofu and etc. Where you have a hotpot that has meat as the main focus, people can put in their sliced meat and quickly take it out to eat when they see that it's cooked (change of color). Japanese people tend to use beef whereas in Shanghai, we are keen on baby lamb. 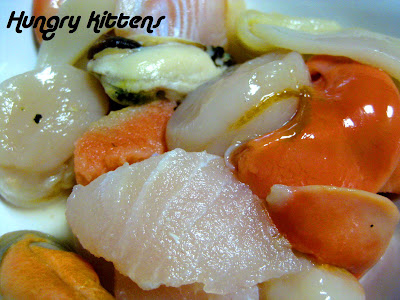 The problem with THIS hotpot is that we were putting in the raw tofu/fish cakes/seafood and then had to wait for ages for it to cook before trying to fish them out again (by which time everything has muddled up and you don't know if the fish cake on your spoon is the same one you put in 10min ago or one your boyfriend put in 5sec ago). In theory, it would have been better to just put in all the ingredients that we wanted to eat and go about it like a conventional soup.