Pearl Cafe for Breakfast AND Lunch 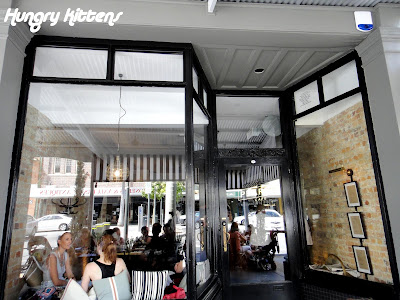 Mochi and I rarely disagree when it comes to food judgement. We recently found ourselves haggling over which was the best coffee EVER. My only experience of mind-blowing coffee was from Coffee Tea and Me in Toowoomba (yup, it beat all the other's I've had from around Australia). Hers was from Pearl Cafe at the Gabba. I couldn't really back up my call because I hadn't actually tried Pearl Cafe. Mochi took matters into her own hands by organizing breakfast there one morning when we were both in Brisbane. She promised the food would be good too. 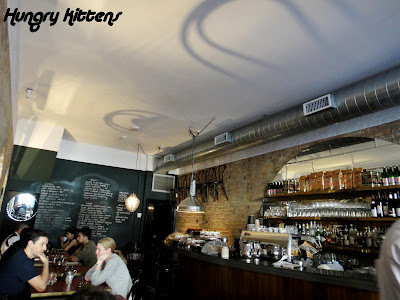 It was Friday morning when we got there and the place was quite busy. One reason why Pearl Cafe always feels popular and exclusive is because it's tiny and there just aren't that many tables. We managed to squeeze into a table on the inside. 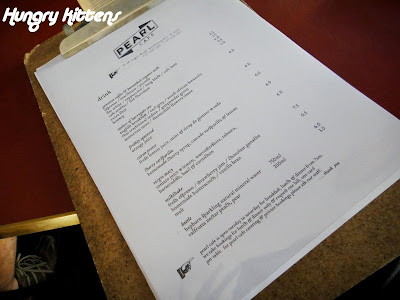 I was tempted by a few options on the impressive brunch menu but ended up going for something that sounded a bit strange... Mochi ordered French toast. 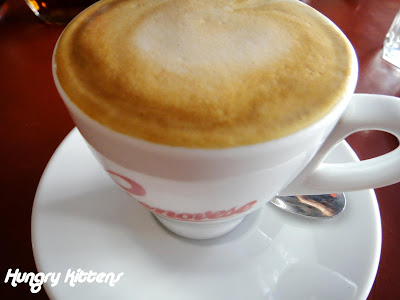 Our coffee arrived first. A flat white for me and soy latte for Mochi. 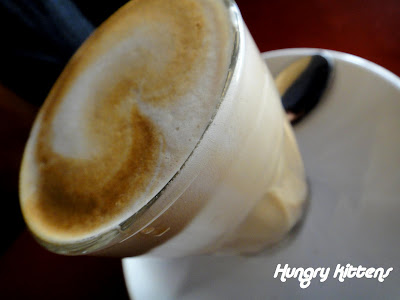 My verdict? Very good. This coffee definitely stands out from the pack but I still think the Toowoomba one is better. 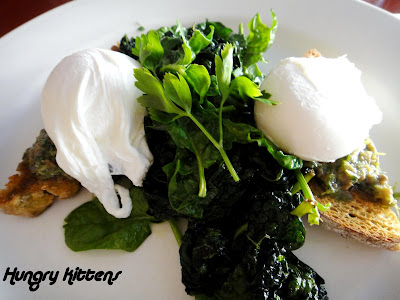 My 'something strange' was anchovy paste on rye, with a couple of poached eggs and wilted leaves. The leaves in question are a type of kale and really added something special to the dish. I actually just adored this breakfast! I thought it was much better than anything else I've had for breakfast, including the ever-hyped Gunshop Cafe. Though it was relatively simple, the flavors were excellent, the textures complimentary and the eggs cooked to perfection. J'adore. 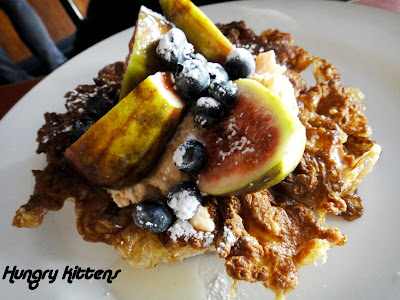 Mochi's French toast was of similar standard. It looked impressive and beautiful and when I pinched a portion of the French toast, I was surprised at how much better it was than ordinary French toast. It was brioche, which made the texture more interesting, and the exterior was very crisp. What an excellent creation!

I was so in love with the food at Pear Cafe that I returned for lunch, literally the next day.

It was Saturday and this time, the tables were even more in demand. We were cast out onto the street-side tables and the nicest I can say about that is it was very 'cosy'.

I was curious to see if the lunch menu would be on par with breakfast. 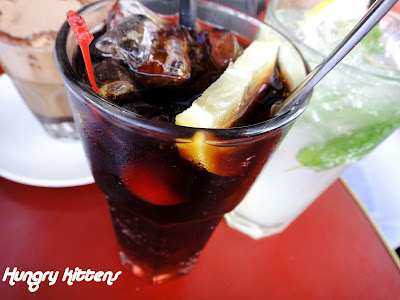 We started with drinks. I ordered the citron presse, which was a mix of lemon juice, mint and soda water. It was a bit like a non-alcoholic mojito. Very refreshing. Hien ordered a mocha, which he claimed to be 'chocolaty'. Byron ordered the homemade cherry sarsparilla (because they didn't have normal soft drinks) and he said it was good but he couldn't taste any cherry. I didn't try any because I hate sars. 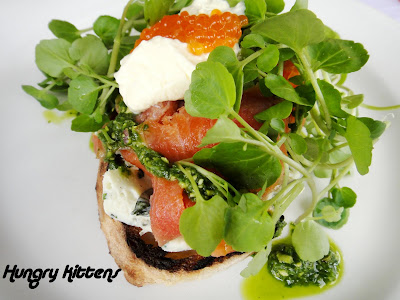 My lunch main was a special of the day. It was a combination of smoked trout, something like pesto, herbed creme fraiche and salmon roe on toasted baguette. Like my breakfast choice, it was simple but worked very well. 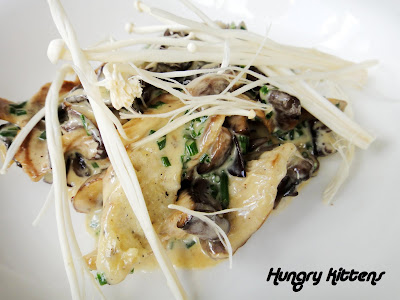 Byron had chosen the mushroom gnocchi. When the plate was brought out I could practically smell his disappointment at the serving size. I suppose it was meant to be an entree dish, not a main. As he says though, it's a good thing it tasted amazing. I tried a bit and agree. The sauce is unbelievable. Byron suggests that a few more pieces of gnocci would have made it perfect. 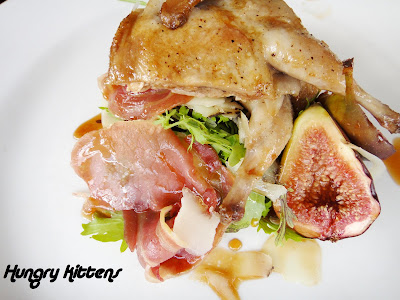 Hien chose the quail dish. He complained the whole time that everything was 'too caramelized' because apparently, the quail, proscuitto and fig were all sweet... but in the end he admitted that it tasted good. 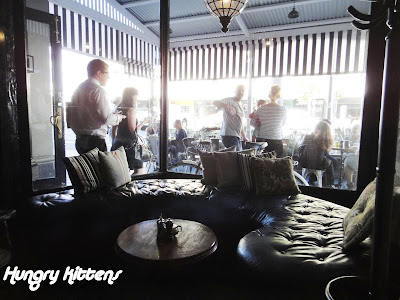 I have to say that Pearl Cafe is the best cafe/restaurant I've tried in a long, long time. Or at least, it's left the best impression on me. That includes all my interstate dining too. The food is not just false fancy (i.e. long words on the menu and flowery descriptions) - it's truly well executed. It's worth the stress of getting a table to go try it out.
Labels: Breakfast or Brunch, Cafe and Bistro Dining, CBD and Surroundings, Dining Out, Favorite Restaurants, Modern Australian