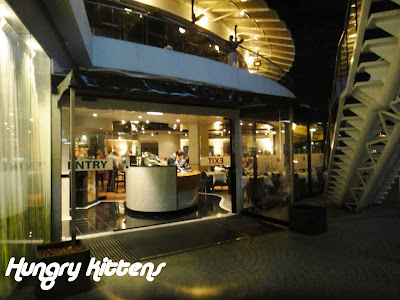 After breaking his wagyu seal at Grossi Florentino a couple of months ago, Byron started to believe that I knew what I was talking about when it came to steak. Prior to that, he was convinced that there's no point in ordering steak from a restaurant because the taste was completely dependent on the produce and there's nothing done to it that you can't do at home. 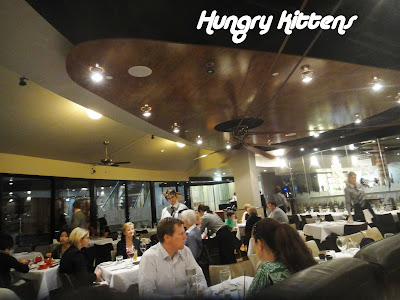 There is some truth to that but from what I can see, there are some cuts of meat that only good restaurants seem to have access to. Aside from that, I'm sure they can do the meat more justice than my little electric stove top at home. 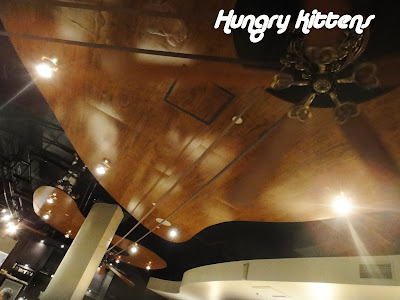 We made a booking aaaages ago but there was a bit of a stuff up because they changed their website during and whilst I got an initial confirmation e-mail, I subsequently had to alter the booking and never heard from them after that. I figured I'd get a call the day before but that didn't happen so I had to chase up my booking. 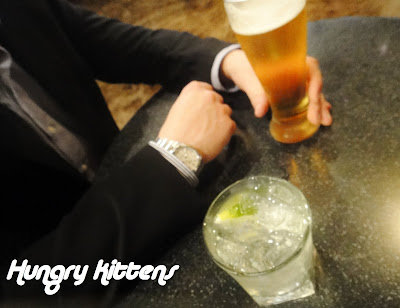 After we arrived, we were told the table was still being prepared so we chilled at the bar. Byron ordered some beer I've never heard of before and I went with a Bombay Sapphire gin and tonic.

Not long after we were directed to our table. The man who showed us where to go was very gruff and wore a Mister Important attitude that I wasn't fond of. We later had a different waiter who was much nicer and there were a few moments where we were talking to the waiter and Mister Important rudely barged between us without so much as an 'excuse me'.

Cha Cha Char is a large restaurant. I had spent ages reassuring Byron that it wasn't quiet, posh and romantic because we have a phobia of being stuck in one of those places. Indeed, Cha Cha Char comes across as quite a 'manly' restaurant to me. The crowd is well-dressed but loud. The place is well-lit. 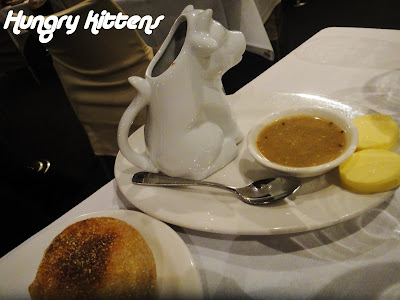 We ordered the signature corn rolls to start with. They were served with a dukkah and a beef jus for dipping. By that time, we were hungry as anything and the bread rolls went down very well. I liked the beef jus best because it was rich like fine gravy, whilst Byron favored the spiced dukkah. 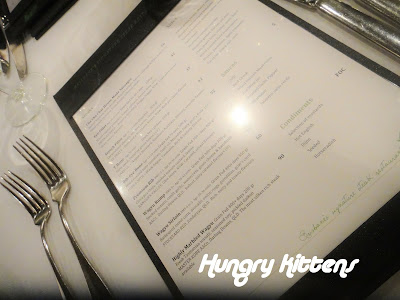 With the steaks, there are a selection of sides that are recommended but you can mix and match to your liking. 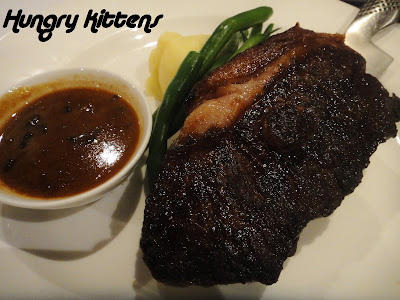 Byron chose the wagyu sirloin with the paris mash and buttered green beans. The steak was cooked perfectly but the taste was beyond perfection. It had this amazing caramel crust that I haven't tasted in a steak for a long, long time. As horrible as it is to say this, the fatty bits were the best... so delicious. 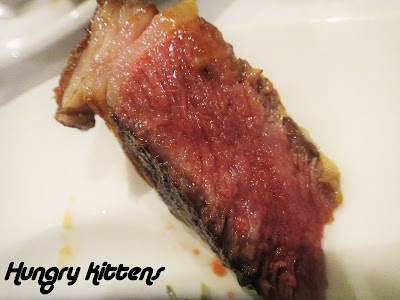 The body of the steak was just melt in the mouth and the flavor was just pure and superb. He ordered a roast mushroom sauce and had a dollop of hot english mustard on the side but to me, the steak was perfect au naturale. The mash was good but the beans were... beans. Nothing more nothing less. 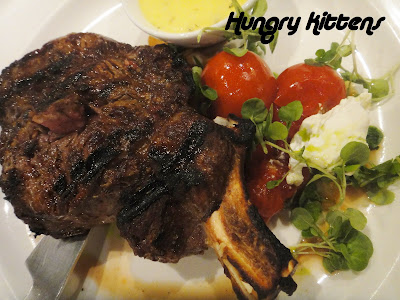 I ordered the rib-eye bone, which came with roasted baby tomatoes and goat's fetta. My steak was also great and ordered on any other occasion, I would've been a happy girl but after trying Byron's wagyu, I couldn't help but feel that my choice paled in comparison. 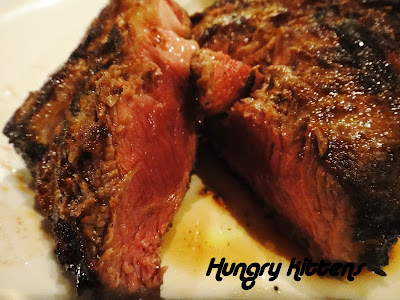 Mine was a good steak but didn't have the complexity of flavor or the devilish fatty crust that his had. It was also a bit too rare in parts. I ordered bernaise sauce but the sauce was overly vinegary and didn't compliment. The meat did taste better with the hot english mustard though. I also quite enjoyed the baby tomatoes, which were cooked perfectly. 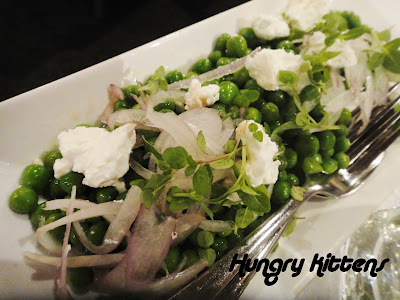 In an effort to increase the greenery on the table, I ordered the mint pea salad. This might sound ridiculous but I adored this salad! Byron wouldn't go near it because he didn't want anything to erase his wagyu flavor but I inhaled this dish because I liked it so much. The mint, peas, red onion, feta and vinegary dressing was perfectly fresh and fabulous. I'm thinking of doing something like this for my next dinner party.

Overall, it was a great meal at Cha Cha Char. We know now that if we were to go again, we'd both be ordering the wagyu and recommending others do the same. I liked the sides too; I think they did a good job. Our waiter was nice but I wasn't keen on the other man who just stomped around with his nose in the air.
Labels: CBD and Surroundings, Dining Out, Informal Dining, Steak Restaurants