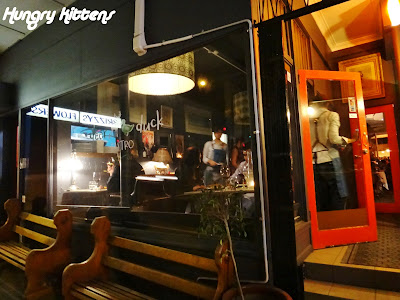 While I have my own list of places I want to eat at in Brisbane (and mind you, it seems unconquerable because new additions appear weekly), individual restaurants get a boost up the priority ladder if I hear multiple recommendations. 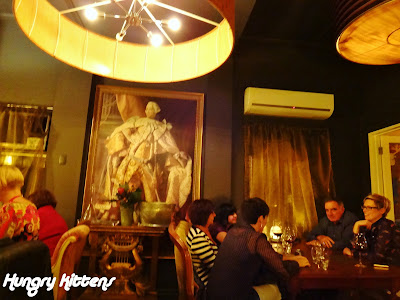 Deer Duck Bistro sky rocketed to the top of my list because my dear food soul twin Mochi personally requested that I go there "as a favor" because it was one of the places she really wanted to try before she moved to Melbourne. Well what can I say, I'll help a sister out. Especially if it involves eating out at a nice restaurant. 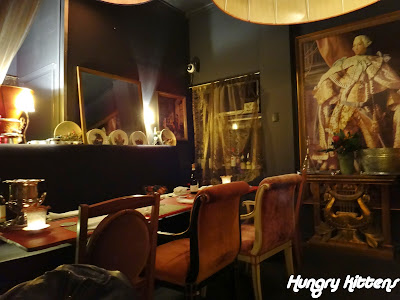 Marc and I headed to Deer Duck Bistro last Saturday night. It's a small restaurant and easy to miss if you're not looking out for it. The inside quaint with a sort of 16th century royalty theme, crossed with someone's antique attic. I liked it. 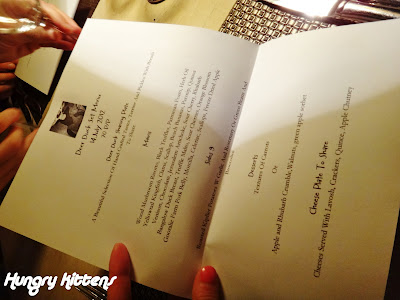 On the weekends, Deer Duck Bistro has a set price 3 course menu. Starters is a share plate and then you get to choose mains and desserts (or a cheese platter instead of dessert if you like). There's the option of sides for an additional cost. The restaurant is BYO at $10 a bottle so we broke open a bottle of red too. 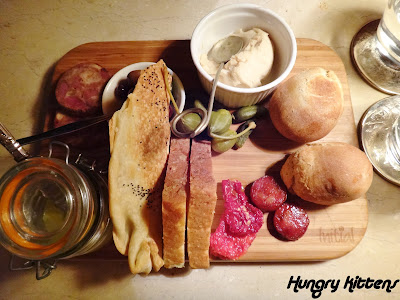 Our starter plate was brought out fairly promptly. It was a large woodon slab adorned with cured meats, pickles, breads and spreads. I liked the duck liver pate but Marc found it to be too weird. The lavosh was perfectly crisp. I wasn't too keen on the bean spread. The brioche was soft and sweet.

I had a hard time selecting mains because there were a few that caught my eye. Fate intervened when I ordered the duck because the duck had apparently sold out. I went with the next best thing in following the restaurants namesake by chosing the deer. 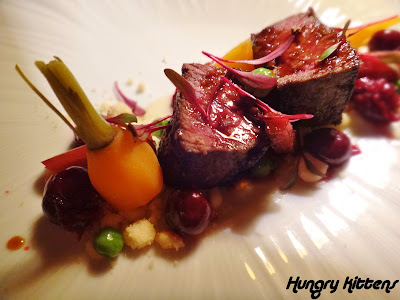 When the mains were brought out, I was expecting beautiful, aesthetic dishes based on reviews I had read. I wasn't disappointed at all. The plating is just gorgeous. I thought the venison was perfectly cooked and as much as it sounded like a dessert on the menu, the sweet flavors did wonders to compliment the meat. 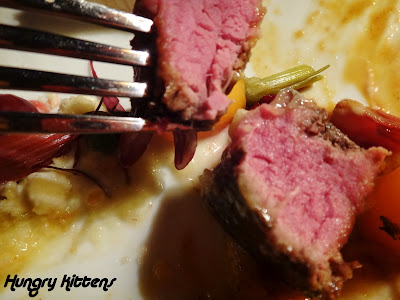 There were bits of what tasted like crunchy caramelized white chocolate in the sauce that were just amazing with the savory deer. Marc had never tried venison before so I gave him a piece. His verdict was that it was 'different'; unlike beef, or lamb or kangaroo but in a flavor zone of its own. 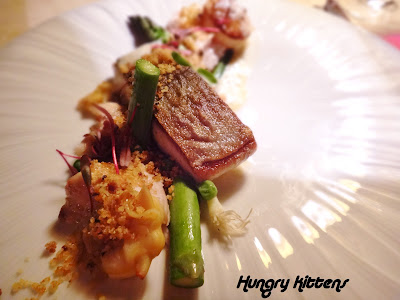 Marc had chosen the kingfish as his main. On its own I thought the fish tasted too fishy. I asked him if he thought that sounded crazy but he agreed with me. The skin was nice and crispy though. The scallops on the plate were some of the largest we'd ever seen. 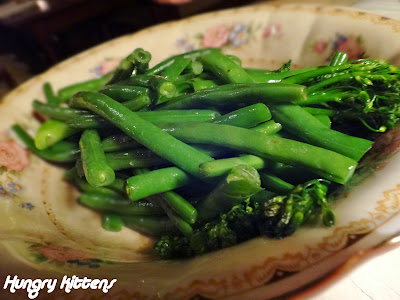 We also had a side of green beans and broccolini. Nothing special there. It was good to get some greens in I suppose.

Out of the dessert and cheese, it will come as a surprise to no one that I decided to get dessert. We went with one each of the two available. 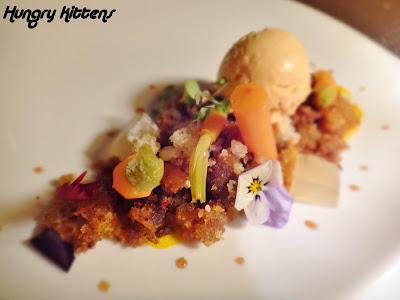 I had been hesitant about the 'textures of carrots' dessert because it brought carrots to my mind and I don't love carrots at all. What I should have realized was that this would be a spin on carrot cake, which contrasting to its main ingredient is one of my favorite things to eat on the planet. The textures of carrots was a deconstructed carrot cake with ginger jelly, baby carrots and a carrot ice-cream. The cake component (which was crumbled across the plate) was delicious. It was extremely moist, with just the right amount of spice. 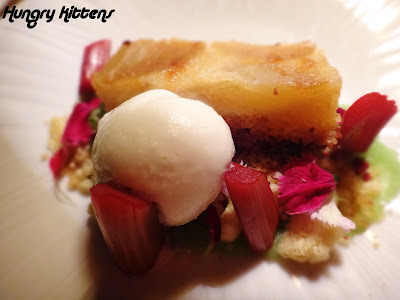 Apple and rhubarb crumble - with walnuts and green apple sorbet

Our other dessert was the apple and rhubarb crumble. This was a nice winter dessert and comprised of a small apple tart sitting on top of a bed of crumble and poached rhubarb. It also came with a tangy green apple sorbet to cut the sweetness. 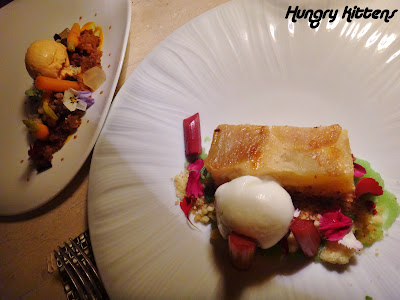 I'd seen reviews talking about how the dishes looked good but the serving sizes were small. I think that they might appear small at first but after 3 courses, it is definitely enough to fill the belly. Overall I had a great time at Deer Duck Bistro. The dishes were pretty as a picture but tasted great too, which to me is more important. The service was lovely and I found the atmosphere to be relaxed and cosy.
Labels: Dining Out, Fine Dining, Modern Australian, Northern Suburbs