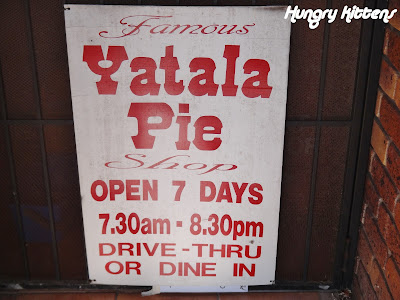 Marc and I spent a weekend in Pottsville towards the end of last year and made a pie pitstop on the way back. Everyone's heard of Yatala Pies. They're famous. Despite that, in my 20ish years of living in Queensland, I had never once tried them before. Marc was keen to amend that fact. 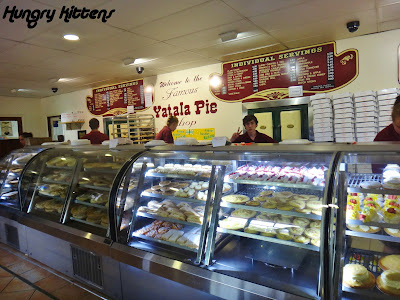 Yatala Pies is located just off the Pacific Motorway. It's hard to miss because there are signs pointing it out along the way and there's a huge pie mounted on their roof indicating what they have in store. We were heading back towards Brisbane and it was easy as anything to exit at Yatala Pies, order and eat before progressing back onto the Pacific. 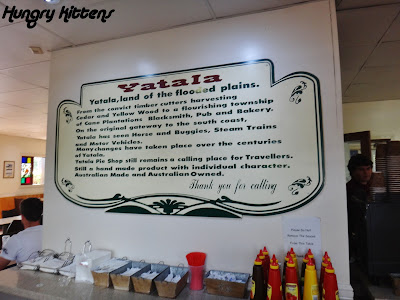 The place was swarming with people when we got there. Most just queue and order their food before either taking it with them or scoffing then and there so despite the popularity, we didn't have to wait long or have trouble finding a table to eat at. 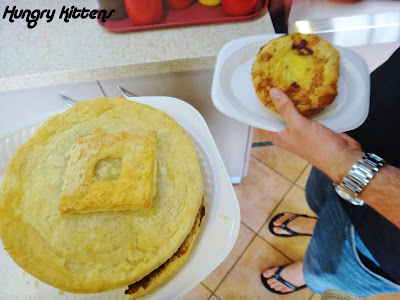 There are plenty of hot food options but we stuck to pies. All your usual classic pie fillings are available. Marc chose something with bacon and I went for steak and kidney. A sauce and napkin station was located next to the counter for those wanting to eat on site. 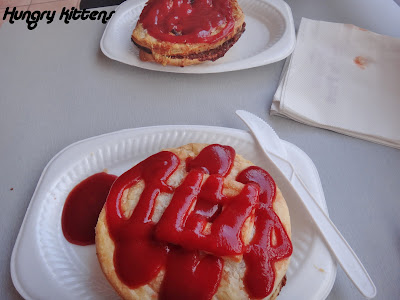 Before we attacked them

The pies were piping hot to the point of causing injury but we were hungry and devoured them quickly anyway. I guess the best part about them was the filling, which was saucy and melty and full of flavor. I would have liked more chunky bits of steak and kidney in mine though. 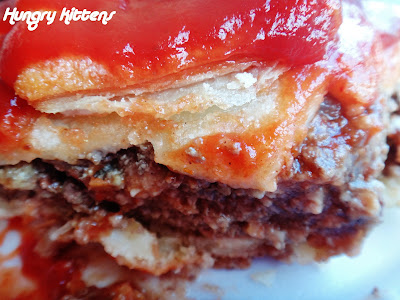 The pie crust was fairly standard. The sides and base weren't too soggy from the filling, which is good. The top was flaky but again, I think it could have been flakier and crunchier.

Overall, my pie at Yatala Pies was good but I wouldn't go so far as saying it was the best in Queensland by a long shot. It had a more commercial pie taste and composition to it, whilst I'm all for the more rustic, homemade style of pie. Each to their own, I guess!