Melb in May 4 - Lunch at The Hardware Societe 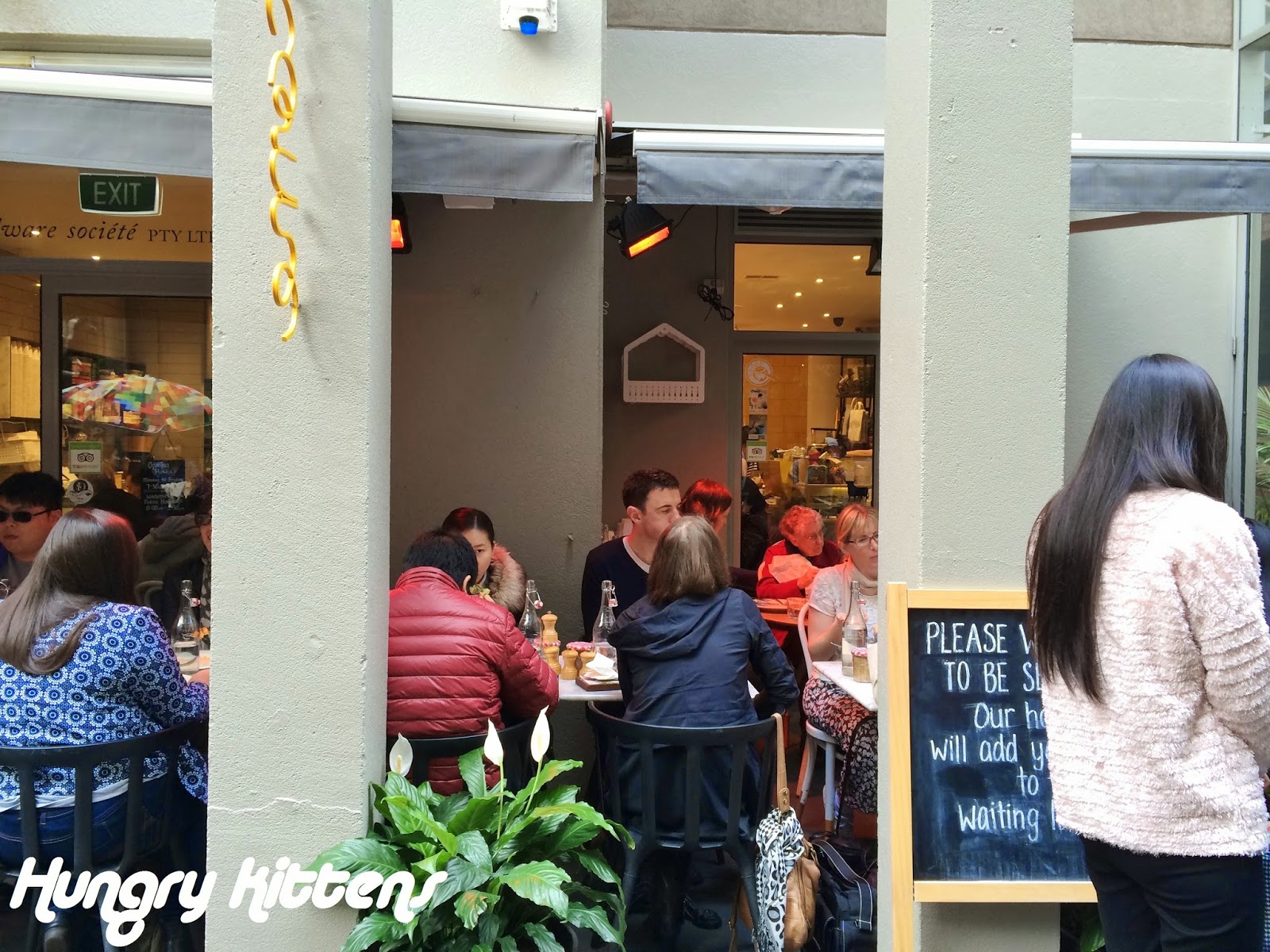 My highschool friend TRex made the bold move to relocate her life to Melbourne. It was a big change but I don't think it was a high risk decision for her because this girl has Melbourne tattooed on her soul. I knew even before she officially changed addresses that she would suit the city like a duck to water. Everything that Melbourne is known for: culture, music, food and style, are just part of who she is. Needless to say, when we decided to meet up for lunch in her new hometown, I was keen to hear her recommendations. 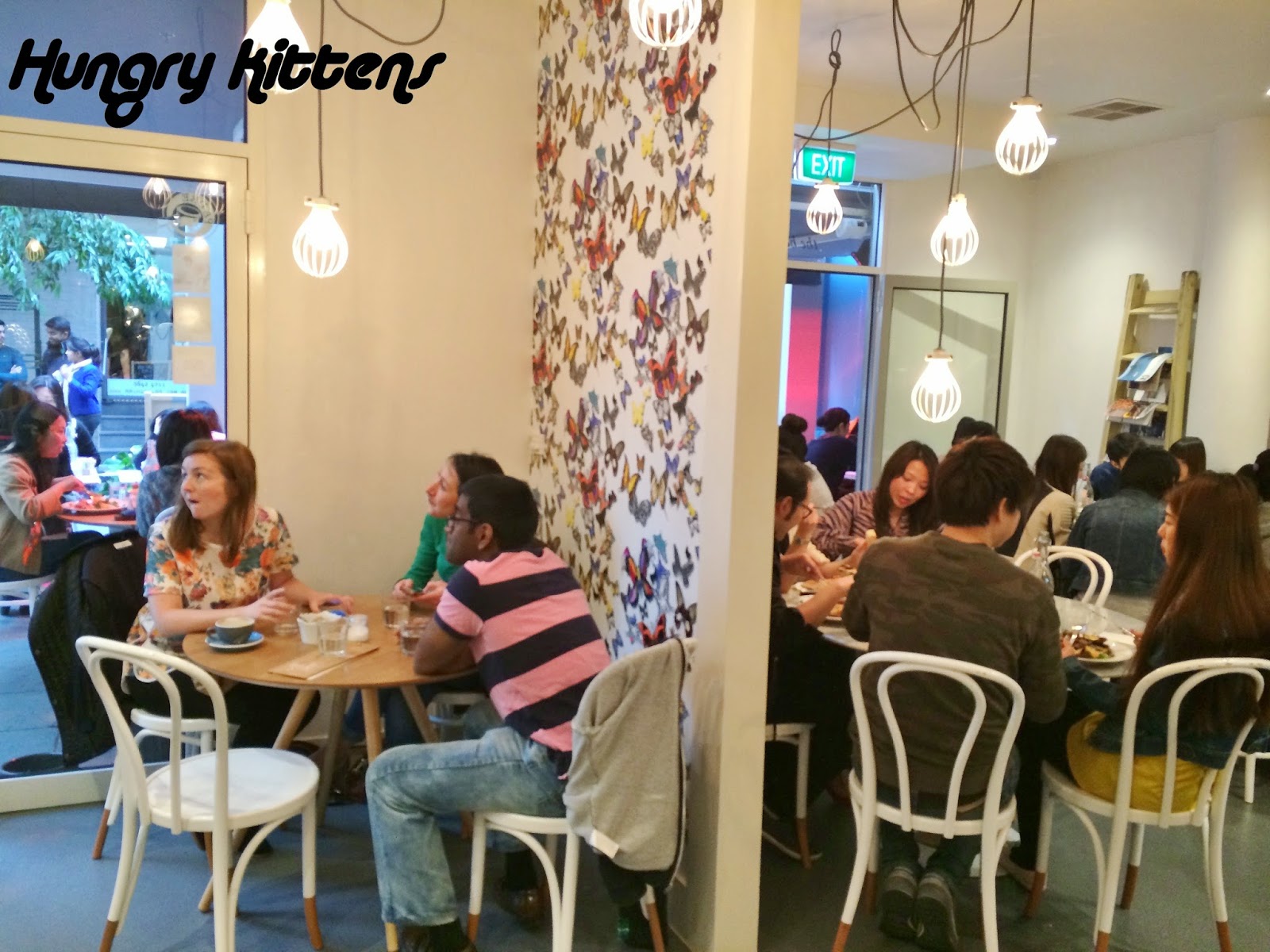 I had heard of most cafes that TRex listed for us to try but I chose Hardware Societe because I have a slight personal vendetta with it. I once tried to go there (can't recall exactly which trip) but I literally just could not find the place. I have since mentioned this fact to other non-locals who have tried to eat there and they had the same issues. This time, TRex met me at DeGraves Place and we walked there together so I was in safe hands. 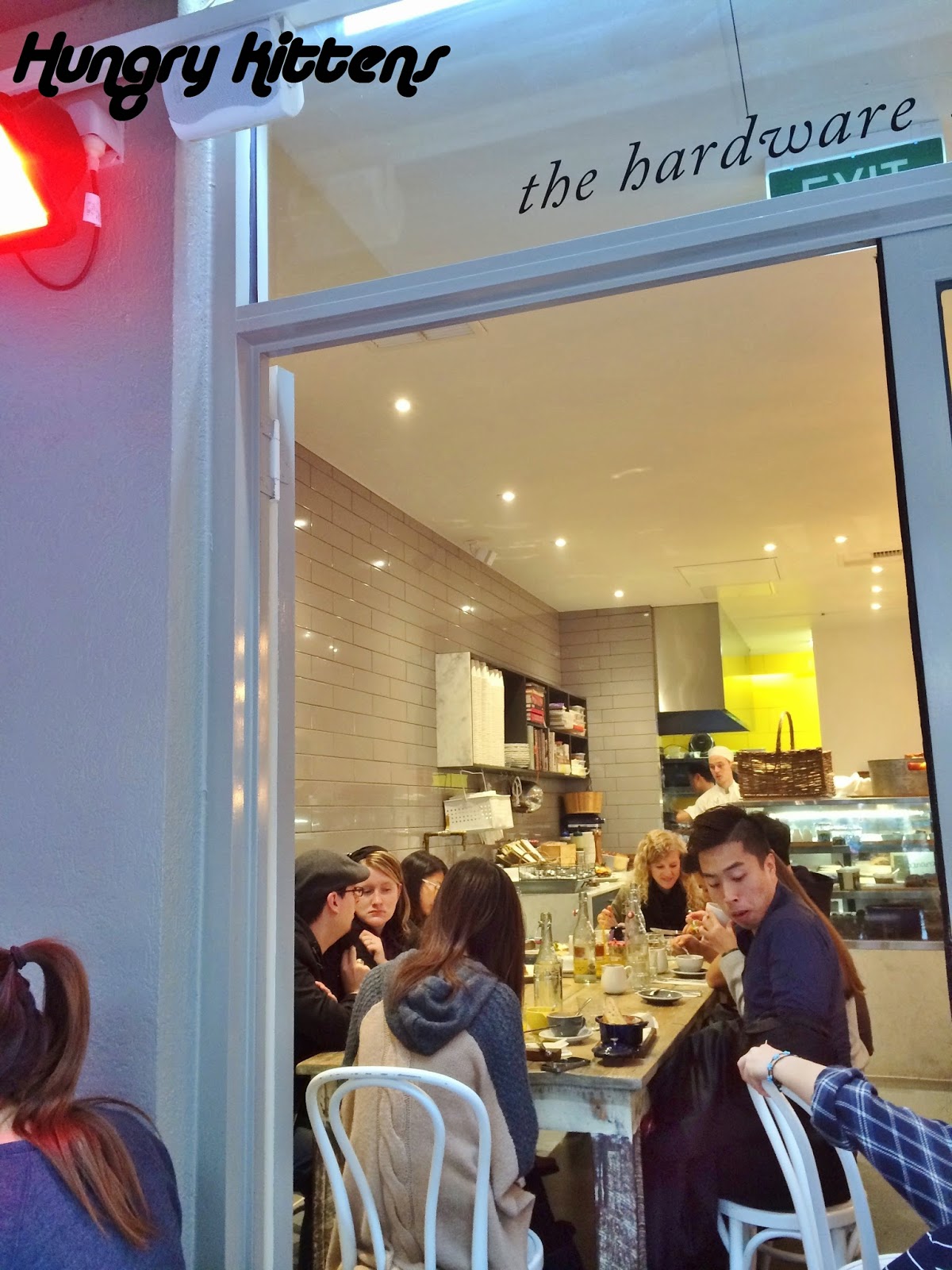 Hardware Societe is a popular, well-known brunch destination in Melbourne and as such, it is busy. There was a crowd of people waiting outside and we knew we wouldn't be getting in anytime soon. After putting her name down, TRex was quoted a 30 minute wait but it was probably closer to 40 minutes before were finally called. 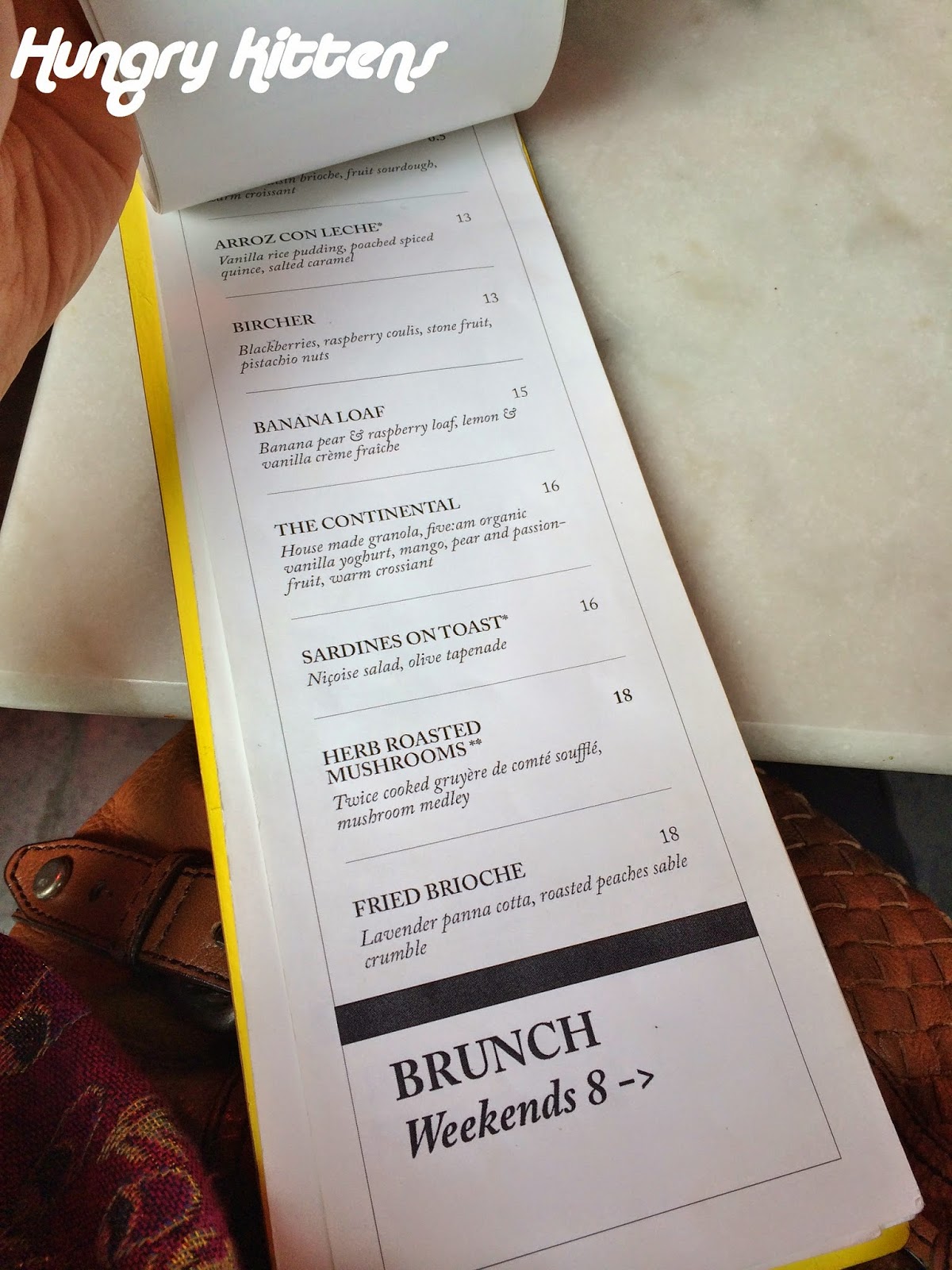 There are indoor and outdoor seating spaces but we shared a table of four with another pair just outside the door. I was happy to see there were mini heaters mounted on the doors that just blew over to our table. 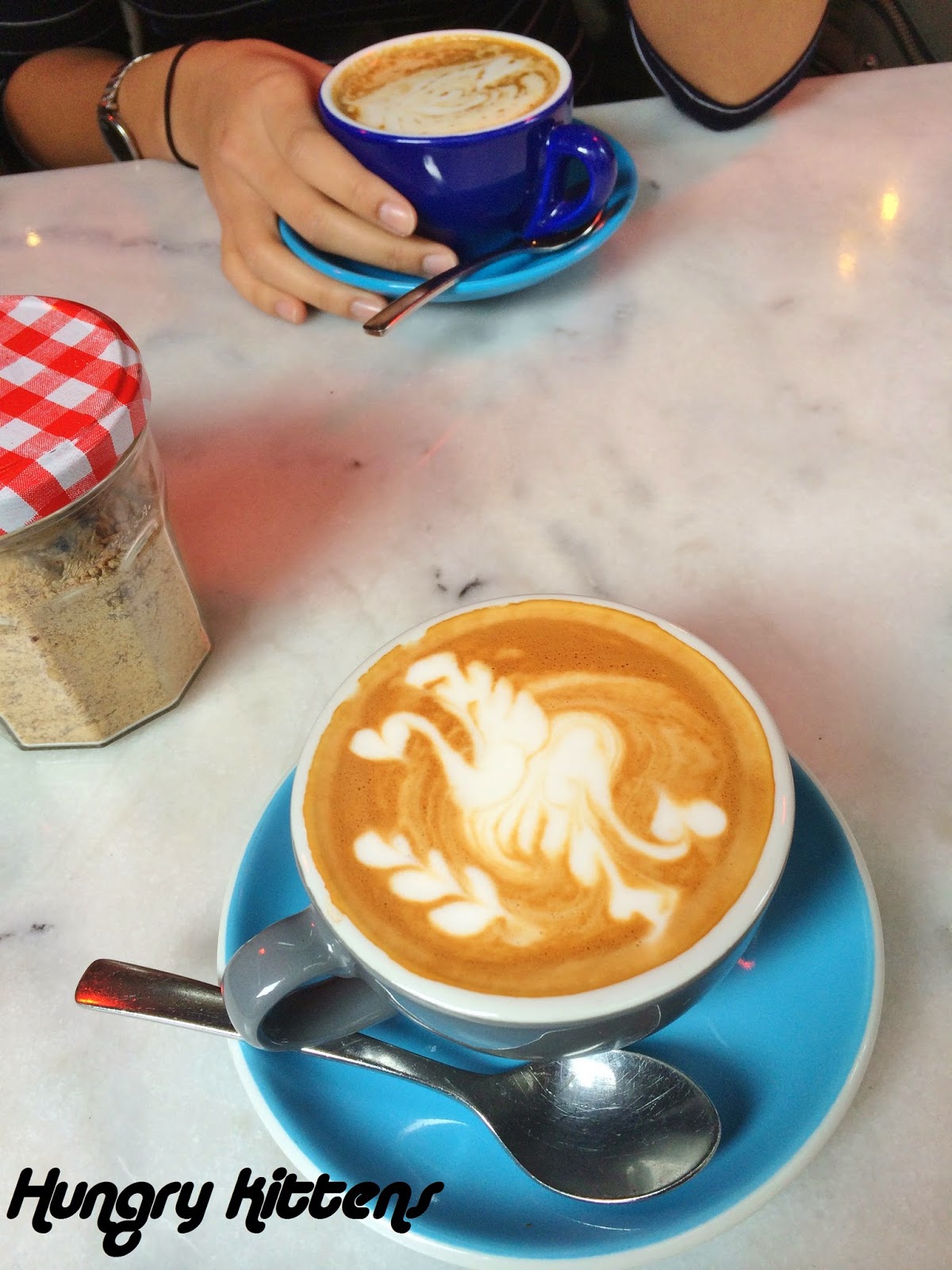 We ordered coffee to start with (of course). TRex and I both had a latte, with hers containing soy milk. I was quite impressed by the latte art! I would say that's a gorgeous reindition of a swan with its own reflection. The coffee itself was smooth and perfect. 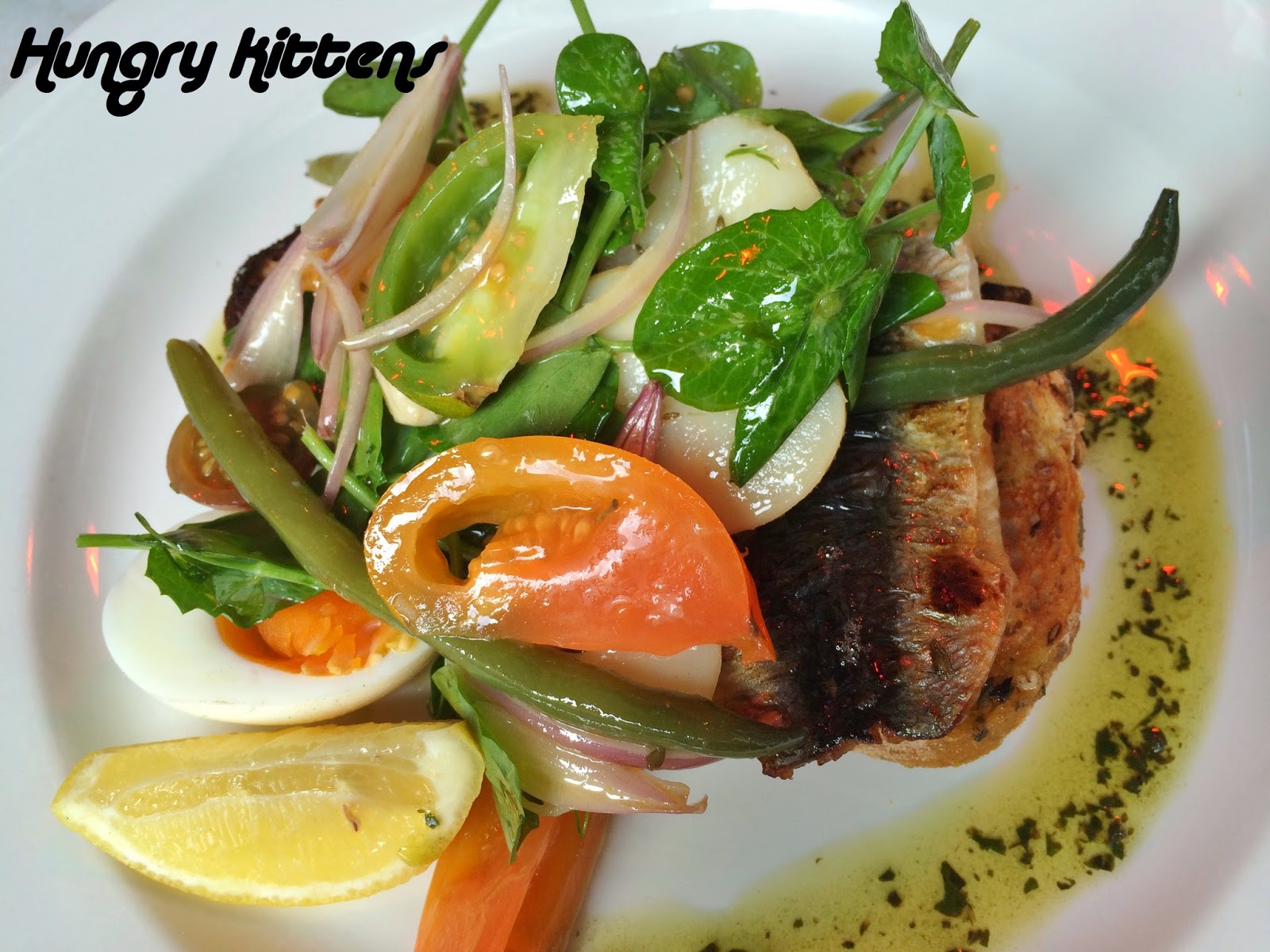 Sardines on toast - with nicoise salad and olive tapenade

The menu has brunch offerings but I thought the items were more breakfasty. There were so many options of eggs. I already had eggs for breakfast at Bowery to Williamsburg that morning so I went for the most unegglike option of sardines on toast. I don't know why the idea of sardines sound so offputting to many people because I've always thought they sound yummy. There's this Chinese version of canned fish my family used to put on plain rice porridge and I didn't love it as a kid but now when I think of it, I feel warm and homely. These sardines on toast were fat and plump with a savoury brine flavour. The salad topping was very fresh and helped to compliment the oily fish. 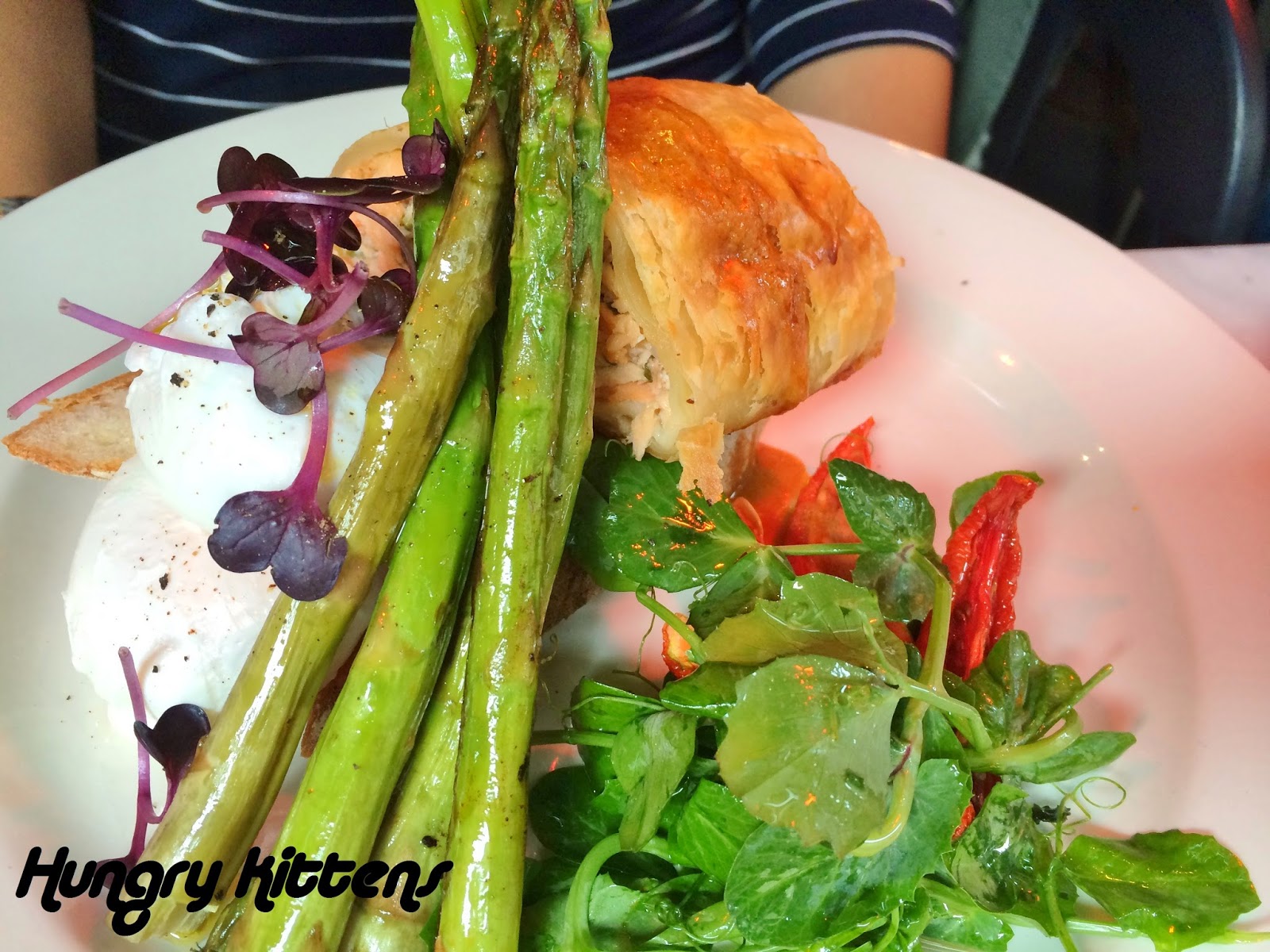 Even though I had decided to steer clear of the egg options on the menu, TRex's poached eggs with smoked trout pastry looked stunning. I wasn't drawn by the eggs themselves (even though they were cooked perfectly with a golden runny yolk, #eggporn hehe), but the trout pastry was a sight to behold. 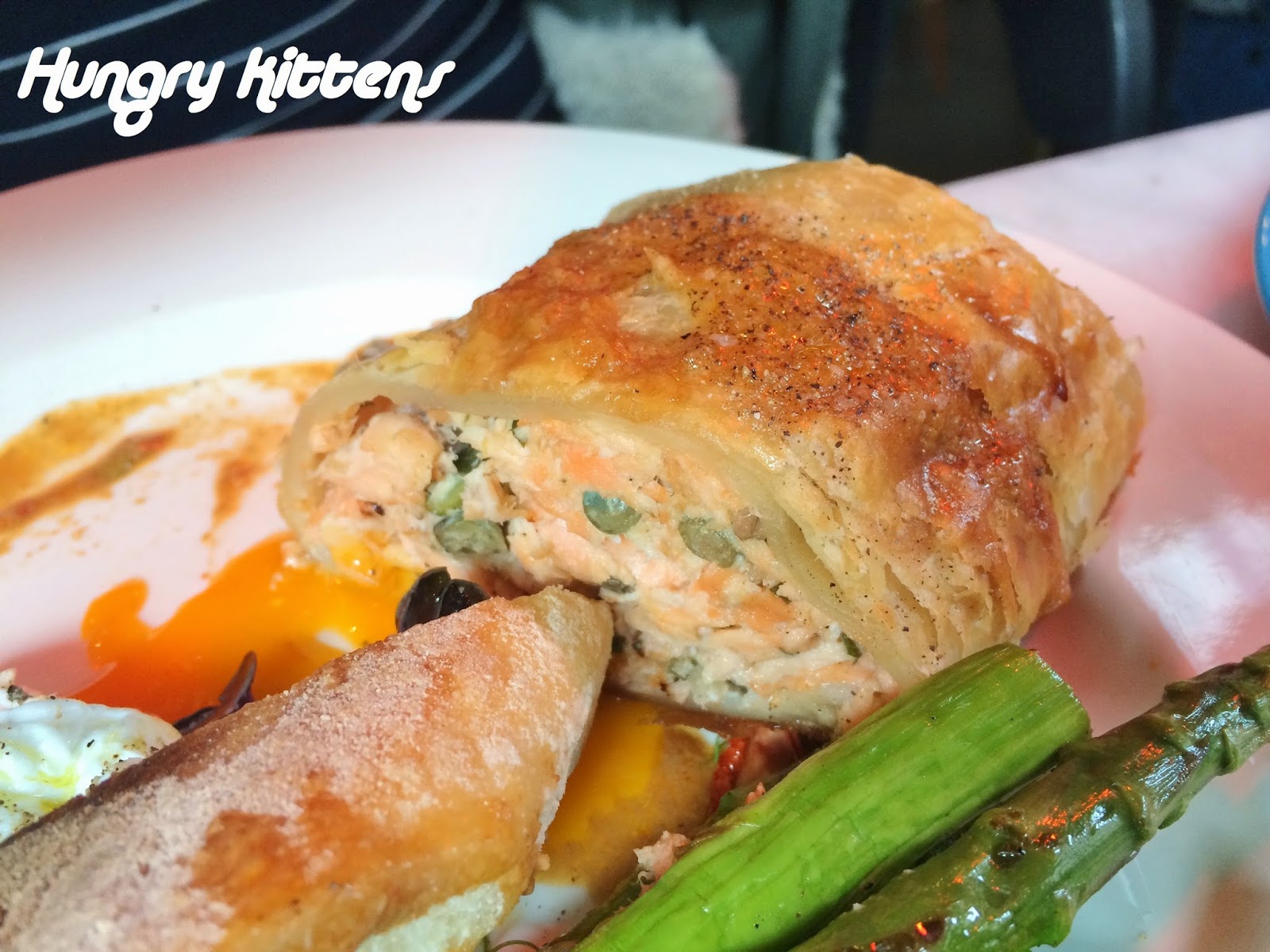 It was flaky and golden and packed with fish and capers and other goodies. Dipping bread and asparagus was provided on the side. 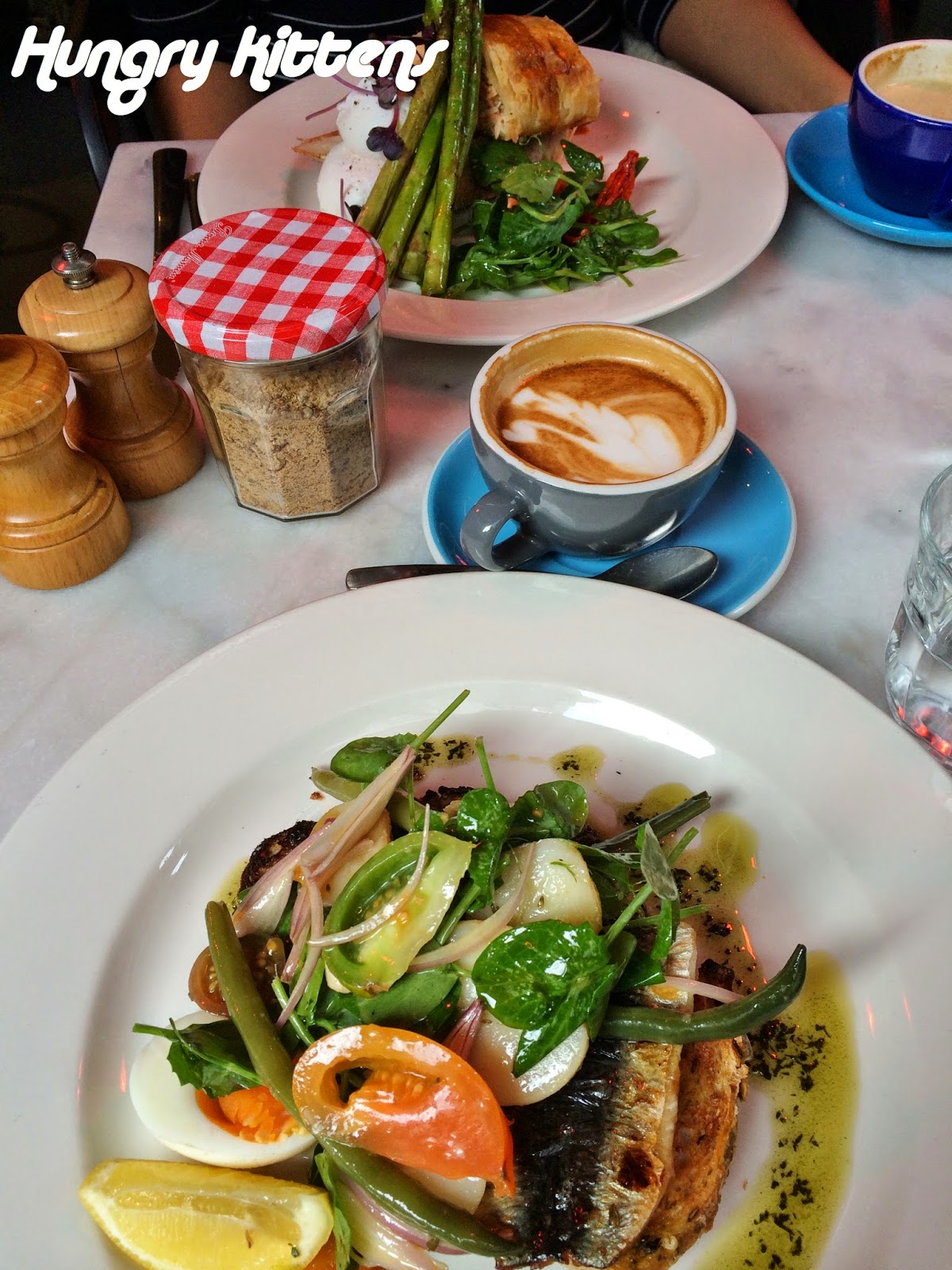 The menu items at Hardware Societe weren't as pricey as I expected for such a hyped up destination, which is always nice to see. Our dishes were plentiful and filling but I wouldn't say my sardines on toast left too much of an impression on me. Was it worth the wait? My vote would be no. The decor was gorgeous and the service was surprisingly speedy but for me to justify 40 minutes of standing in a cold alleyway, I need my tastebuds to be blown through the roof and I can't say I got that here.