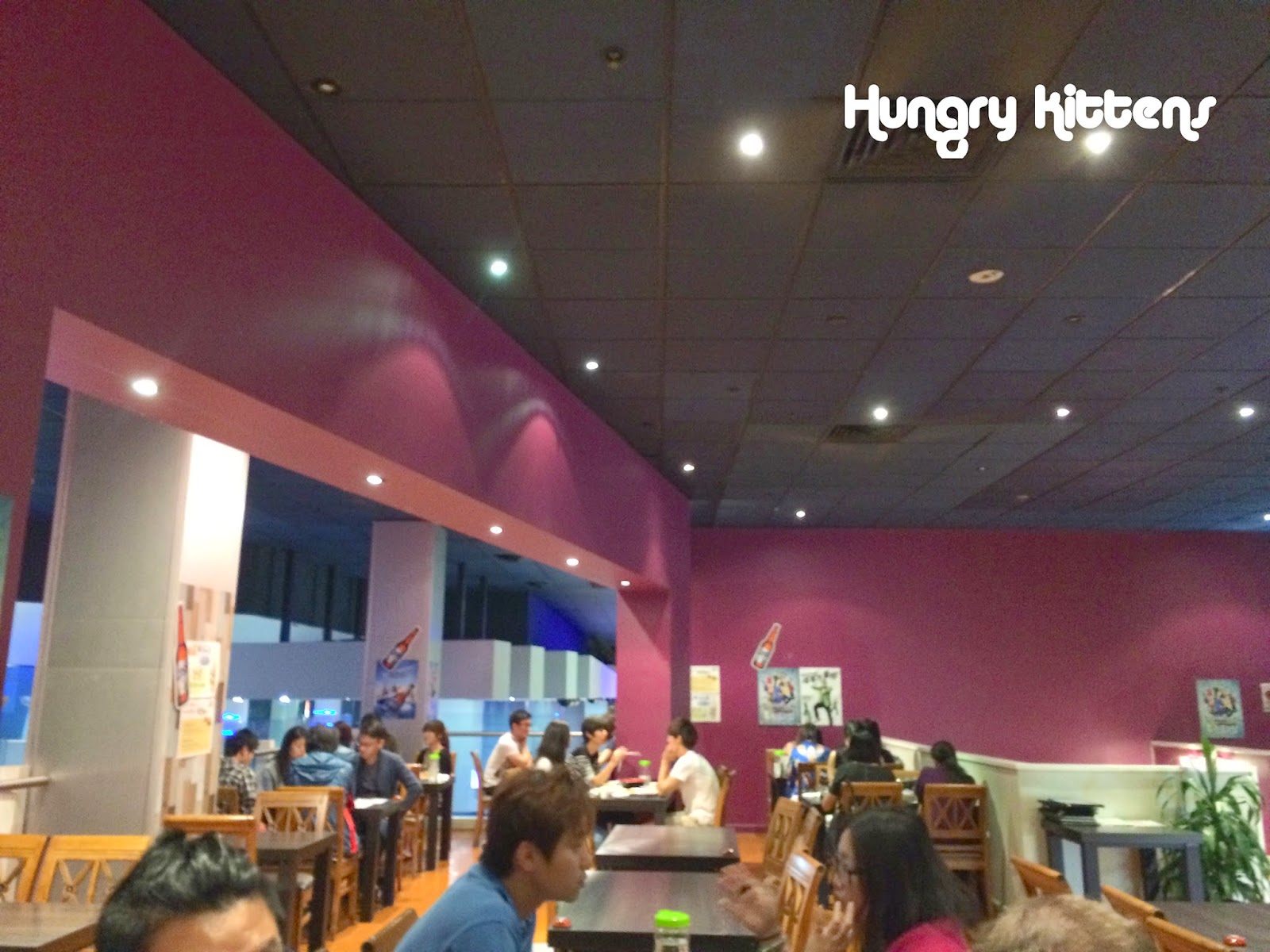 I'm in danger of turning Hungry Kittens into a Korean-in-Brisbane food blog but I simply can't seem to stop myself when it comes to Korean food. My weakness of the month has been Korean fried chicken, which somehow manages to be even yummier and worst for our bodies than the already indulgent regular fried chicken. 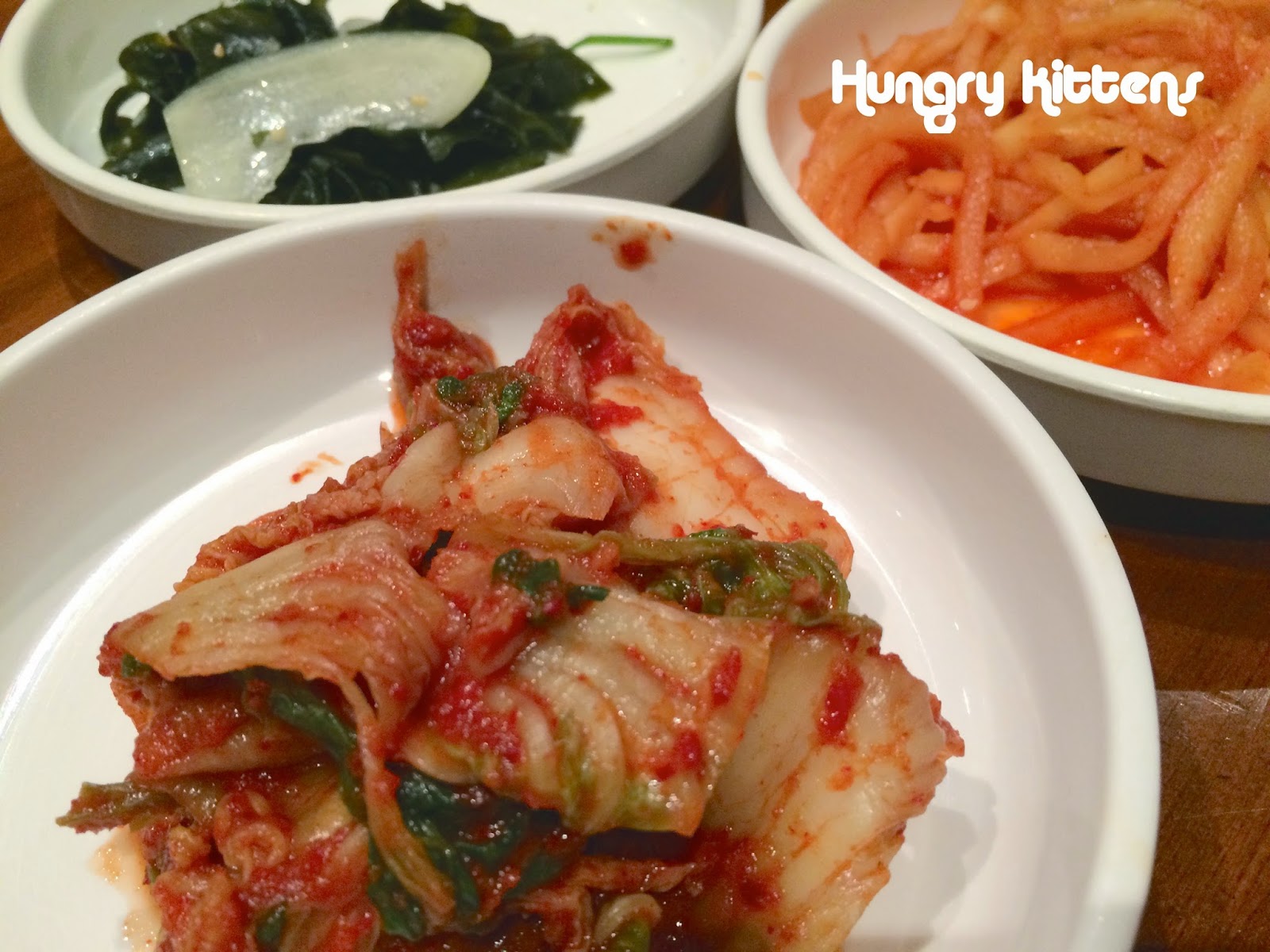 Our recent venture in an attempt to try every Korean chicken outlet in Brisbane was at Boom Boom in Brisbane city. The restaurant is located near the cinemas at the top of the Myer Centre. There are two levels of dining space but the lower story looked kind of deserted so we headed to the mezzanine floor where all the action was. 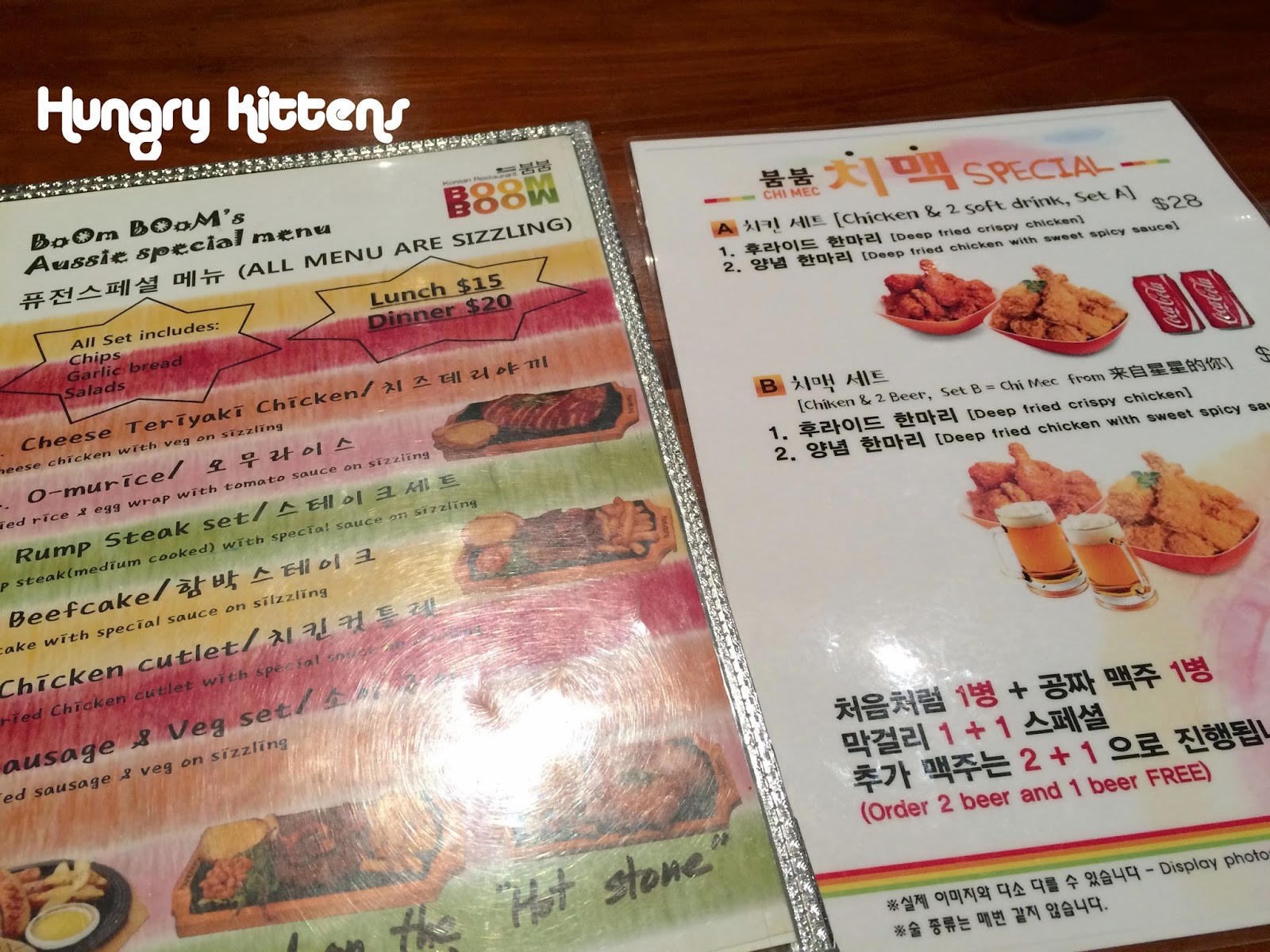 There were various routine Korean dishes on offer but we wanted to focus on the fried chicken. There were some special offers involving chicken and beer but of the 6 at our table, no two could agree on what the offers meant. Ordering was a similarly confusing affair because the waitress didn't speak much english. After plenty of gesturing, call backs and further gesturing, we sat back and waited to see if we were going to get something completely different to what we wanted. 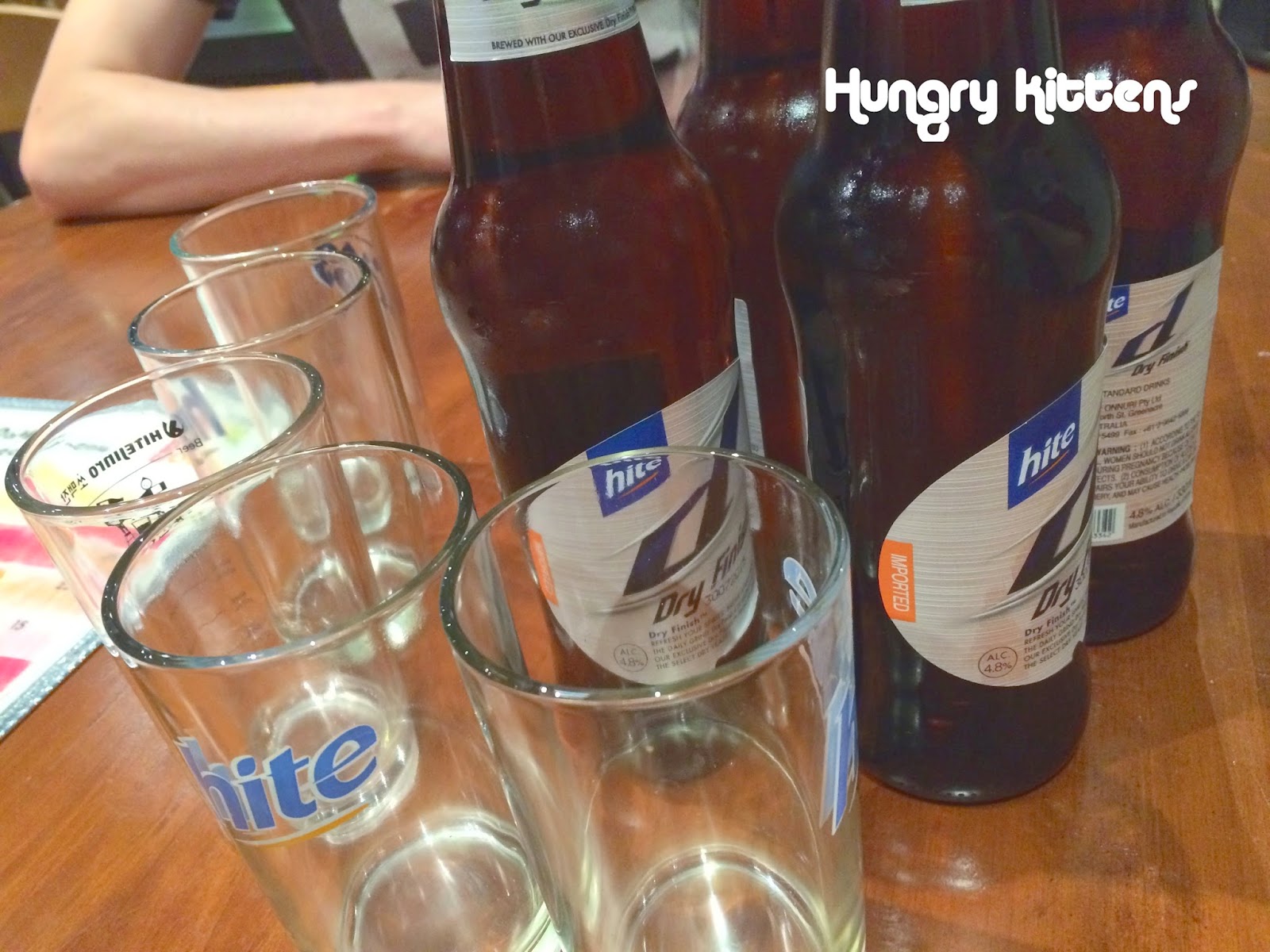 Luckily, our order was fairly accurately interpreted (Hien missed out on his can of coke but somehow there was an extra beer so that worked out). We had a couple of starters, a seafood pancake and a serve of fried dumplings. 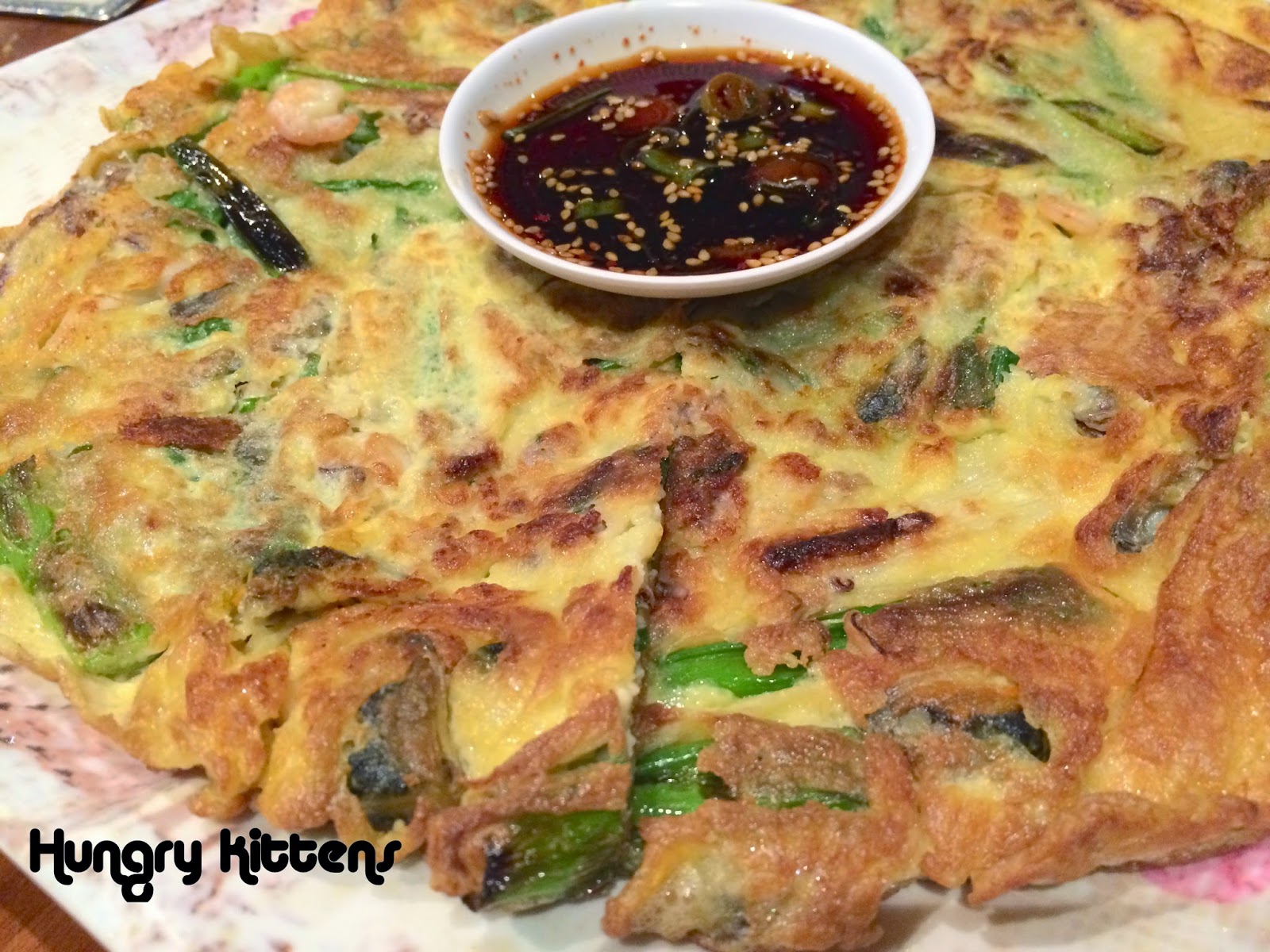 The pancake was ok but definitely not a standout. I found the batter to be too eggy and there wasn't a lot of seafood (or in fact, anything besides eggy pancake). It was reasonable with the soy dip but that's cheating to some degree. 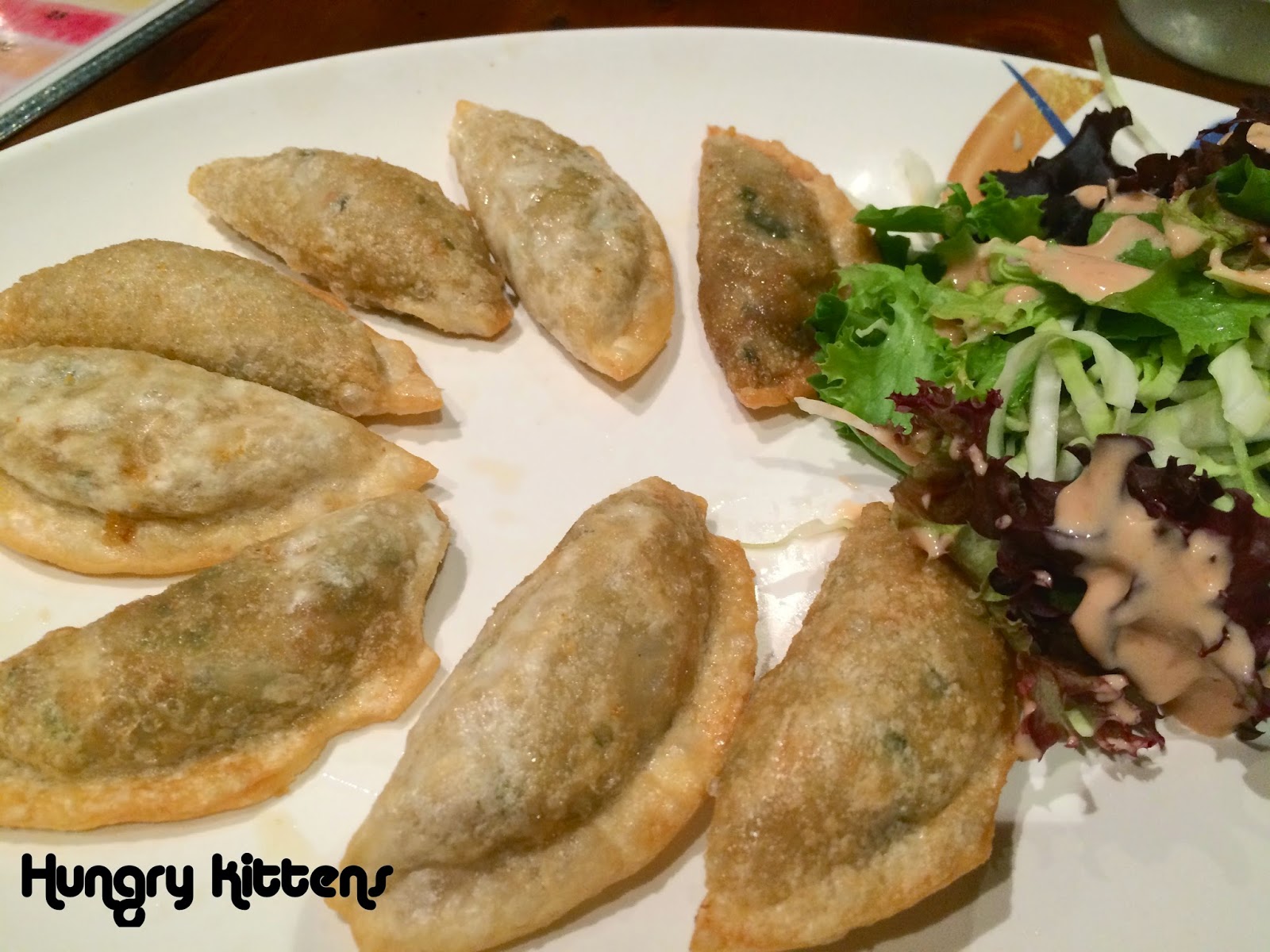 The dumplings were similar in that they were edible and inoffensive but there was nothing particularly special about them. Something to line the tummy while you're waiting for the main event. 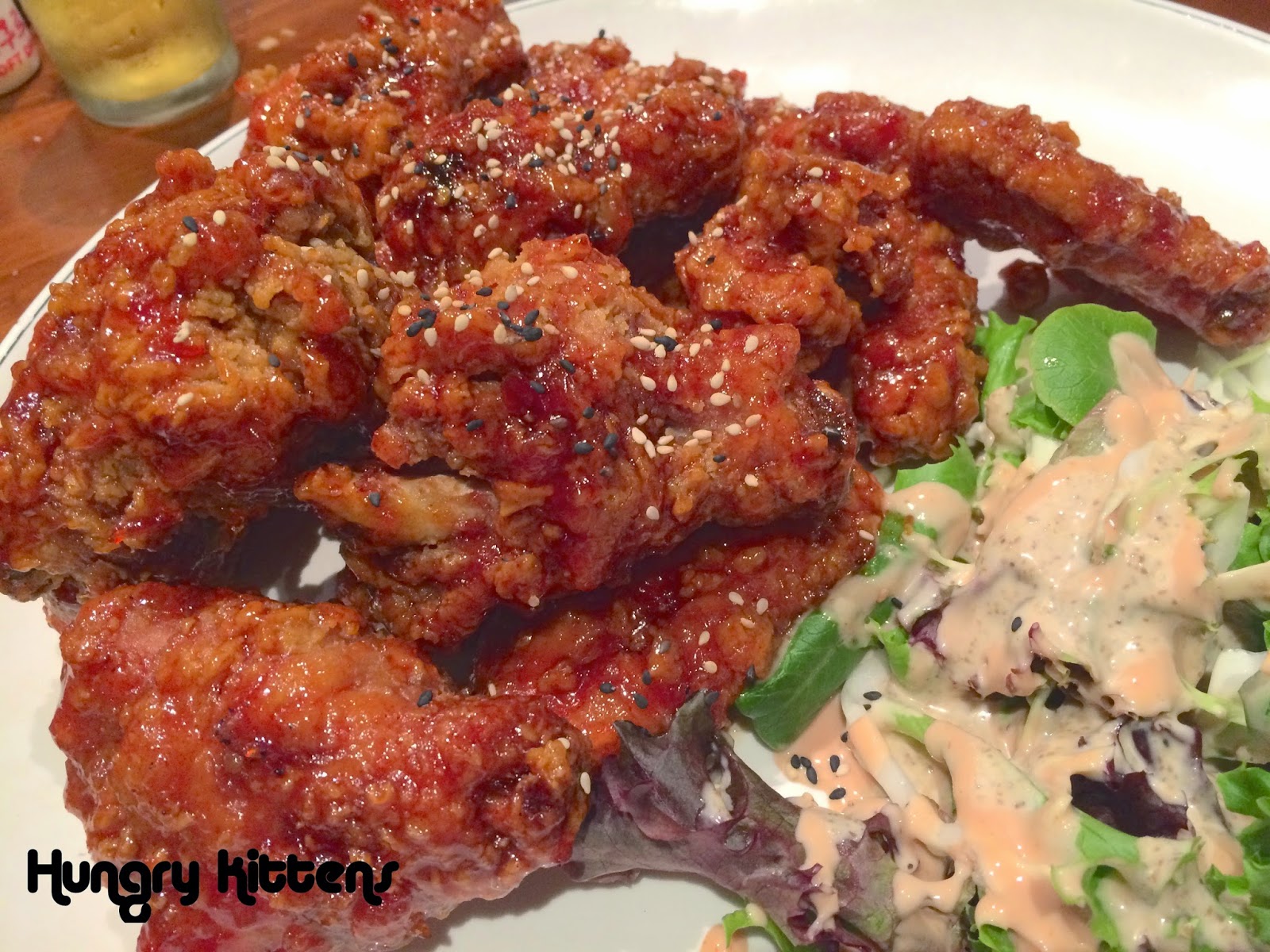 Our first plate of fried chicken was brought out and eyes around the table lit up. It was a glorious mound of glazed crunchy chicken bits. Without hesitation, we dug right in. The chicken was freshly cooked and thus, piping hot. The batter was crunchy and the coating was sweet, tangy and mildly spicy.

There was some uncertainty at our table as to whether this was one whole chicken or in fact, both our chickens combined onto one plate. It didn't seem like enough pieces to be 2 chickens but by the time we were finished with this serve, we were all very full. In a perfect display of first world excess and gluttony, despite our claims of "I'm so full", when our second chicken was brought out, everyone resumed eating stance. I think we ended up with just one piece of chicken that no one had room for. Good effort guys. 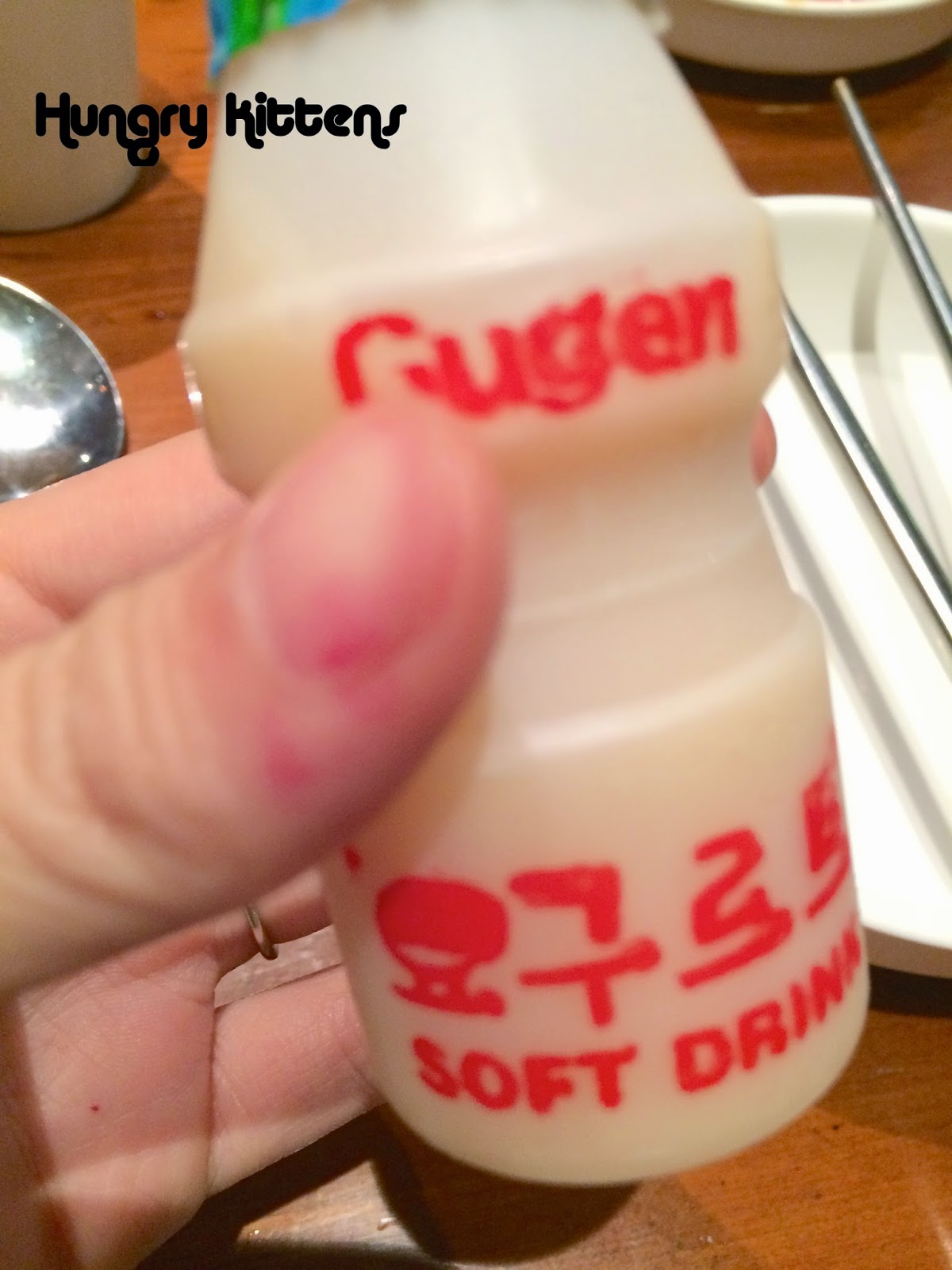 As an aside, we were brought out some complimentary serves of frozen Asian-brand Yakult (as in, it wasn't actually Yakult but something similar). I have nothing else to say on that besides that it was unexpected but quite refreshing.

I had an interestingly mixed experience at Boom Boom. The difficulty communicating to waitstaff was frustrating and we also had to chase them up for plates, cutlery and serviettes. The starter dishes we ordered were only average but the fried chicken itself was delicious. Marc and I both think the chicken at Bungle Bungle was better but Boom Boom is closer to us.