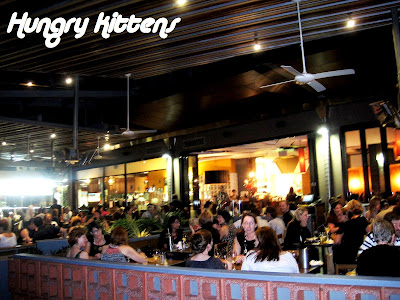 I'm developing a habit of suggesting Turkish food for group gatherings. Last time, it was Caravanserai. The most recent time I had the chance to catch up with friends, we went to Mecca Bah at The Emporium. 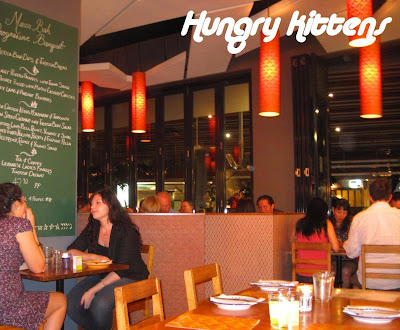 (Interrupting to say: I'm sorry about the poor quality of photos. I managed to water-log my camera... again... and at the time of this dinner, I used a point-and-shoot method that didn't involve the screen. In other words, I had no idea what my photos looked like)

I LOVE Mecca Bah. I've been there several times now and it's been a great experience on each occasion. There are downers, that's for sure - you can't book so you have to risk waiting for a table. Also, whilst the waitstaff are friendly, the service can be a bit rushed simply because they're so busy. 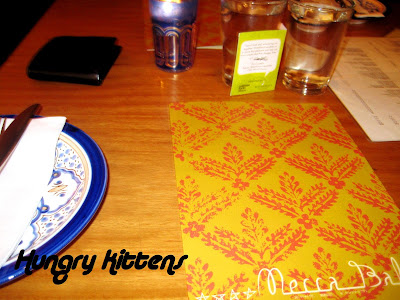 The menu comprises of a whole heap of mezze - which are like small starters (think Turkish tapas). I like ordering a few of these to share as entrees. There are also full-sized mains that include a selection of Turkish pizzas.

We chose some starters and 2 pizzas to come out all at once so we could share them all. 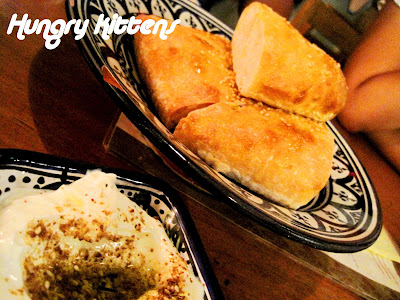 First came the Turkish bread with a labneh dip. It was hot fluffy and delicious. The dip was very garlicky. 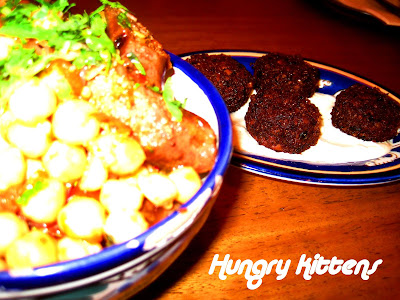 The sweet potato falafels were small but flavorsome. I really liked them in combination with the dip. Falafels are so awesome.

A friend recommended the Lebanese sausage and chickpea salad. I expected a leafy salad but it's not one of those at all. The sausages pack a punch and go nicely with the plain nuttiness of the chickpeas. It was simple but delicious. 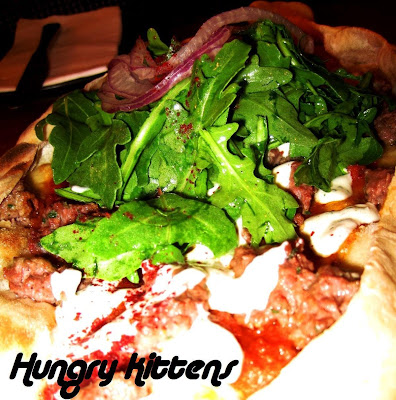 We chose 2 pizzas to share. One was the Turkish lamb kofte pizza. I really liked this pizza. Lamb on pizza is usually a win for me but this one had something extra. I love the sprinkling of fresh rocket on top - it adds an extra dimension in taste and texture. 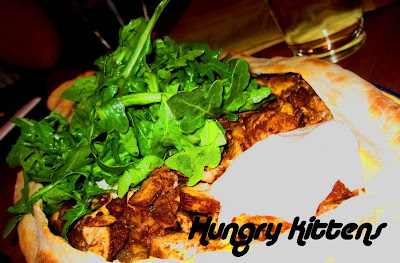 I wasn't as crazy about the chicken pizza. It was a bit too saucy for me and the flavor was nice but not special. The great thing about pizza at Mecca Bah is that it just tastes so fresh. There's no resemblance at all to frozen goods. The base is springy and golden on the surfaces. The pizza were also bigger than we expected. I recommend one to be shared by two people.

We passed on dessert and drinks this time round but everyone had a great impression of the food. I ate a lot more than I should have (been trying to watch my weight) but it was one of those cases where I don't feel too remorseful because the meal was worth it.

I'll definitely be going back again and again.