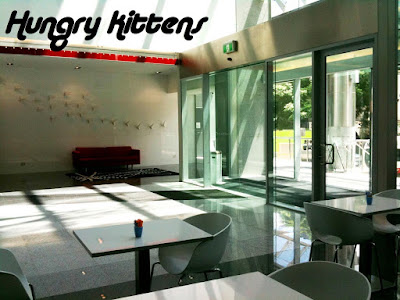 Years of attending clinic in the city has allowed me to try a multitude of coffee shops during my lunch breaks. For some reason unbeknown to myself, it never occurred to me to go to the one directly opposite our hospital. Well, it wasn't even until the end of last year that I discovered there was a cafe there at all. 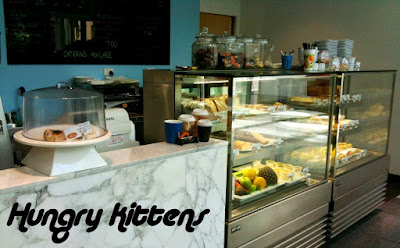 Connolly's Coffee is (in my mind) almost invisible from outside of the building. There are a few blackboards that proclaim coffee deals but I didn't give them much thought until one fateful day when I thought of actually entering through the doors. 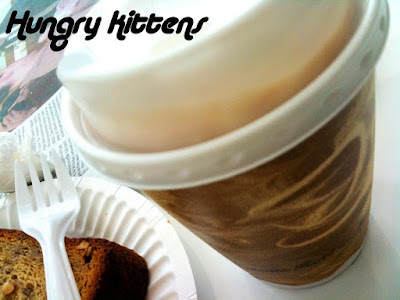 Since then, I've been to Connolly's a number of times. It's a matter of just feeling comfortable the moment you set inside a cafe. I never feel rushed when I'm in there and the decor is unpretentious. As a relevant bonus, the menu contains all the basics that I require to get me through lunch breaks (host of toasted paninis, few wraps, various cakes and slices). 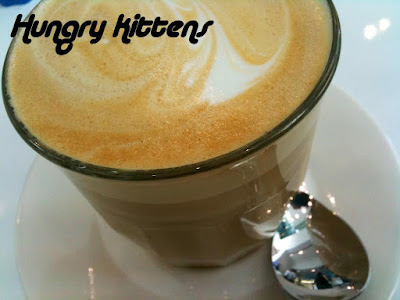 The coffee is of good standard as I've consistently enjoyed my drink purchases. Because of some of the 'deals' on offer, I've found myself getting large coffees where I normally only get small. In the past, I've gotten sick by the time I reach the end of a large coffee. These seem to be more stomach-friendly although it could be equally due to my resistance increasing. 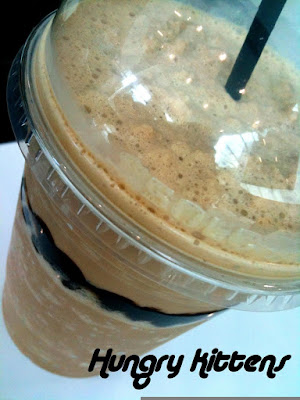 I've only had coffee here myself but I snapped a shot of my friend's cold beverage. The iced mocha is frappe-like in consistency and served with an attractive band of chocolate syrup. 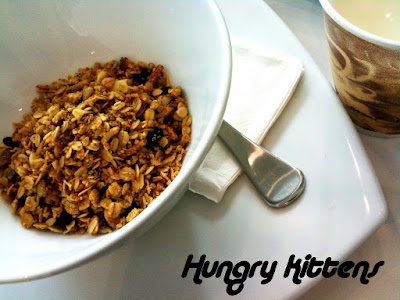 I've stopped at Connolly's Coffee for breakfast a couple of times. Rather than purchasing muesli/cereal at home (I inevitably end up snacking out of the whole box), it's a better idea for me to satisfy those cravings by getting a serve once-off. Here, they have 'Brookfarm - gourmet macadamia muesli' which I've spotted previously at fine food grocers being sold for exuberant amounts. I figured this was a nice way for me to try it without committing too much out of my wallet. 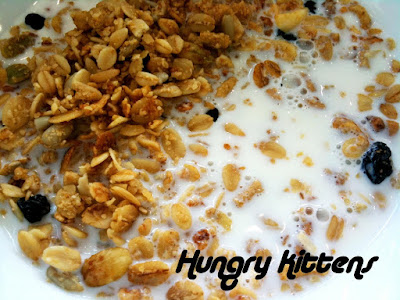 After the addition of milk

There are 2 options: toasted or natural. I chose toasted. It was served with a little vial of milk and was admittedly, quite delicious! I won't go into too much detail about the muesli itself since that is a product of Brookfarm, not directly of Connolly's but suffice to say I enjoyed it. 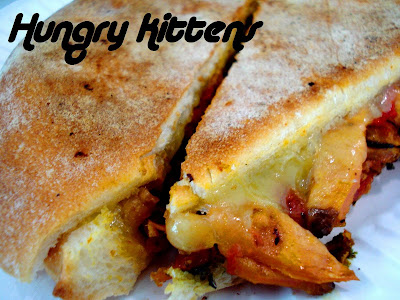 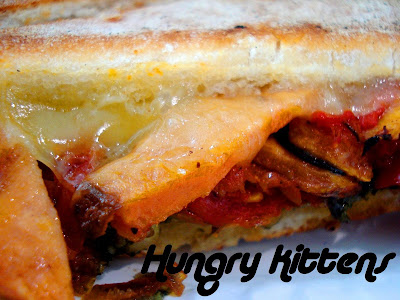 The roast veg flavors are sweet and intensive and perfectly complimented by the melted cheese oozing over the top. The panini itself is crunchy on the outside and soft on the inside. Compact but delicious. 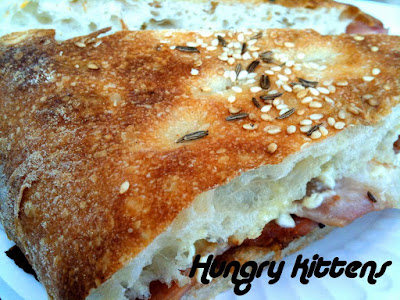 There are other paninis in the window too and I deem they are popular choice because more than 2/3 of the people who walk into Connolly's walk out with a little paper bag containing a freshly toasted panini. This is a photograph of my friend's bacon and egg panini which he described as 'very good' before adding 'the sauce is whack'. I asked for an explanation and he elaborated by saying that 'it's a bit like barbecue sauce but not. I think'. Hmm... 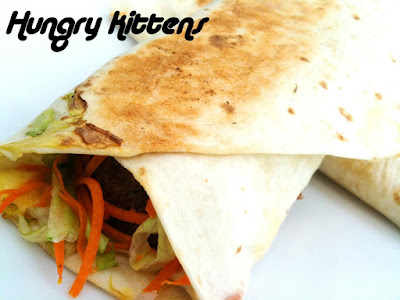 I was about to order a panini that day but ended up changing to a wrap. This is because I spotted a falaafel wrap and boy, I LURVE falaafel. Unfortunately, the falaafel was a bit dry and the salad wasn't as fresh as I'd like (something I don't normally even pay attention to) but overall, it still tasted good. The spices in the falaafel are nice and not at all overbearing and best of all, it wasn't 'greasy'. I guess this contradicts with my opinion that it's too dry but I'd definitely prefer dry to oily, especially given the health considerations. 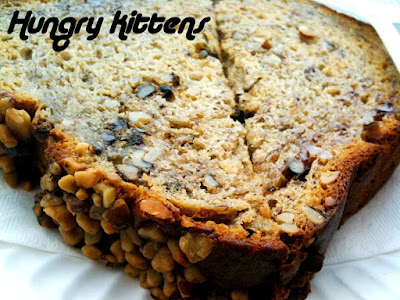 I've given the sweets a good go too. Banana and walnut bread is one of my ultimate favorites. I had this one on a nice, relaxed lunch break and it's the kind of thing that makes me appreciate life. It was one of those that aren't too sweet and you don't get a horrible scratchy feeling in your throat after finishing. 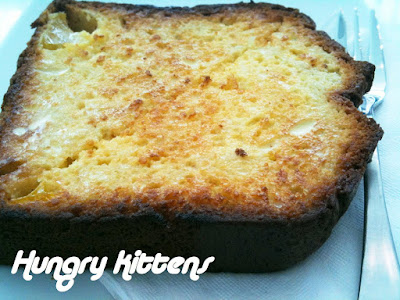 The next slice I tried was the mango and coconut. I was skeptical about it when I ordered and chose it simply because I wanted variety for this post. When I tasted it, I was so glad I got to try this because it's an amazing loaf. 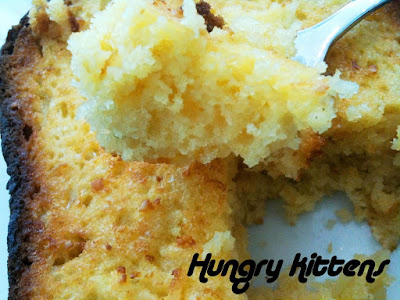 I know that in the photo, the exterior looks burnt? I swear I didn't notice anything whilst eating so assume it is a trick of light. I've had a bad experience baking my own coconut bread before... this just proves to me that my lack of success is my loss. The mango and coconut bread at Connolly's is fragrant and subtly flavored with a gorgeous crunchiness from the shredded coconut particles dispersed throughout the loaf.

I could go on and on with new photos from Connolly's since there is no doubt that I will be going back (it is likely to become a regular lunch spot for me) but I figured I should publish this post ASAP before it becomes a comprehensive gallery of menu items. The staff have always been lovely - friendly and efficient. I HATE city cafes that are rushed and snooty because no matter how busy I am that day, I like to feel relaxed when I'm lunching.
Labels: Cafe and Bistro Dining, CBD and Surroundings, Dining Out, Favorite Restaurants