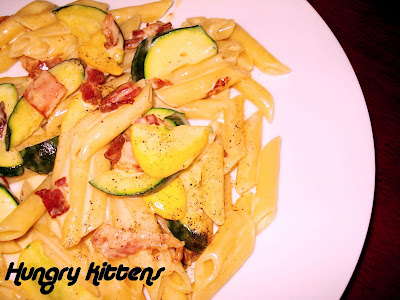 A few weeks ago I got a parcel from one of my best friends down in Canberra. She snail-mailed it up for my birthday and I was hoarding it until the actual day so as to not prematurely ruin the surprise. Of course, I am an individual that's completely without self-control. It was still several days before my birthday when I saw the package and mindlessly tore it open.

Let's all be honest here, more often then not, you'll get a present that's not exactly what you want. Unless you asked for it. This was one of those rare miraculous occasions where I don't remember saying "I REALLY want a pasta machine" to anyone but it was something I've been wanting for a long time. 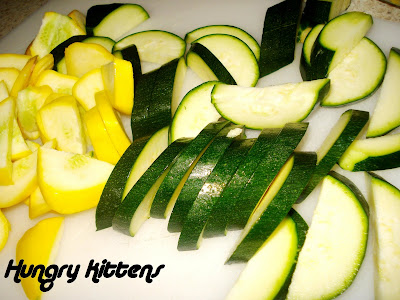 Owning a pasta machine prompted thoughts of various pasta creations that could be attempted. Byron and I got onto the topic of carbonara and he mentioned one that Jamie Oliver did in an episode of Jamie's Kitchen. I have noticed that Jamie is a zucchini LOVER. Probably 1/2 his recipes contain zucchini (or as the Brits call it, 'courgette'). Sure enough, this is a zucchini carbonara. 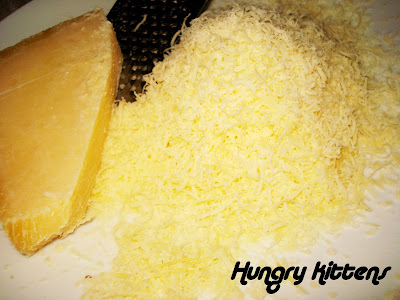 I have messed up carbonara before (ended up with scrambled eggs in a pool of watery pasta) but thankfully, I wasn't doing the cooking.

We watched a video of this procedure as undertaken by Jamie himself... only the video was in Spanish. I think this is a link of the recipe here but when we made it, we just approximated quantities.

1. Cook the pasta as per instructions on the packet.
2. In a large frying pan, fry the bacon to render out the fat. 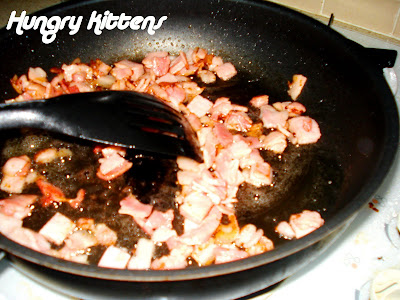 3. Add the zucchini and squash. Cook until the veggies start becoming glossy and slightly translucent.
4. Meanwhile, in a large bowl, combine the cream, egg yolks and cheese. It should form a thick mixture the consistency of cottage cheese. 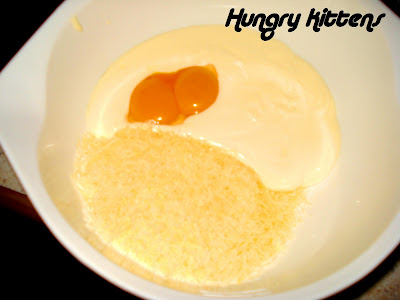 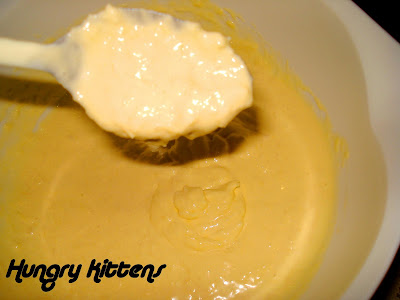 5. Once the pasta is cooked, drain and add it to the bacon and vegetables. Take the pan off the heat and quickly stir through the cream, yolk and cheese milk. 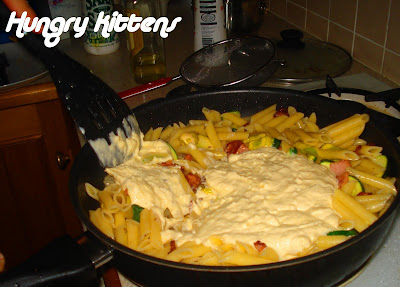 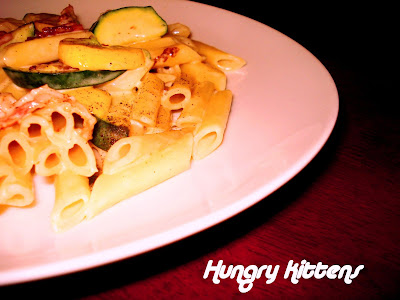 I confess I used to hate zucchini as a kid. It was one of those severely irrational dislikes where just thinking about it made my ears ache (strange correlation, I know). That and asparagus.

In this dish, I find Jamie Oliver's obsession with zucchini perfectly justified. Sure the classic is chicken, bacon and mushroom carbonara but what I loved here was the sweetness and tenderness of the zucchini. 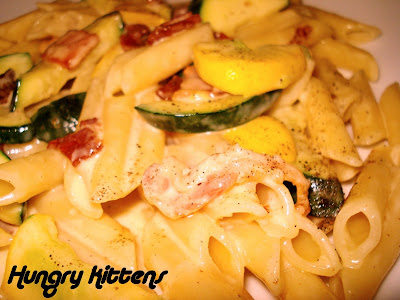 The sauce was delicious (really hard for a sauce to be untasty when it's almost entirely made up of fat) but when I refrigerated the leftovers and microwaved the next day, the oil separated from the rest of the stuff. It still tasted alright but suffice to say you really don't want to see the portion of the dish that comes out as oil. 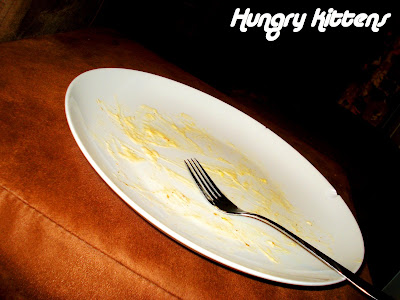 Overall though, a really yummy and relatively easy pasta dish. It was something that made me smile while I was eating it and again when I had my second portion the next day (despite nursing an oily skin breakout... I might even say having troll skin for a day was worth it).
Labels: Favorite Recipes, Home Cooking, Mains, Savory, Stove Top