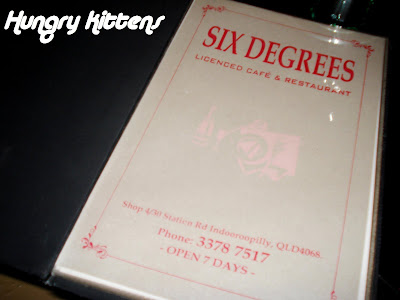 I've done a review on Six Degrees Cafe before but it's undergone some menu changes since then. It had been over a year since I last visited but a friend of mine decided to host her birthday dinner there (many birthdays this season) so I got to try the new stuff. 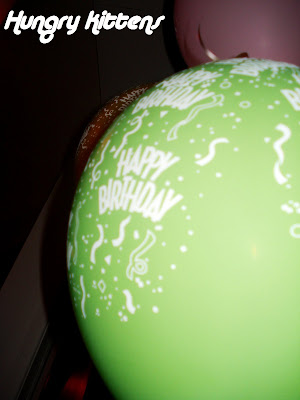 When I got there, most of the guests were already seated at a table so my friend and I (not the birthday girl, a different friend) were cast aside into a little booth.


I had done some sneaky online research in advance and decided we would be ordering the Dancing King pizza and a duck pasta to share. Another guest joined us and he ordered the chicken pasta so I snapped a few shots of that too. 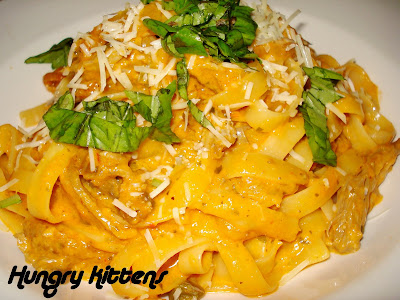 The duck pasta was a must-order for me because it was one of my previous favorite dishes from Six Degrees. It was still good. Rich, complex flavors that complimented the duck rather than masking it. The sauce is very creamy but it's not too heavy on the palate either. 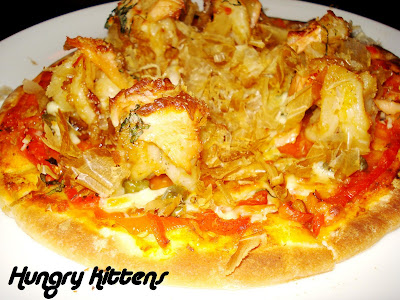 When our pizza was served, I thought there were live prawns on it. The name 'Dancing King' comes from the fact that you have bonito flakes topping the pizza and they kinda (for want of a better word) 'squirm' on the pizza. 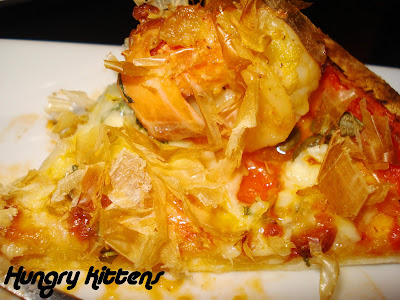 The pizza tasted alright but the bonito flavor overpowered everything else. I couldn't really appreciate the prawn pieces. I don't recall anything distinct about the sauce or base either. 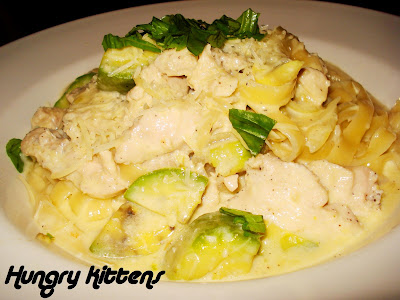 This it the chicken pasta. I didn't have a taste myself but the guy who ordered it said it was good and finished the whole thing. I was unsure about avocado in warm pasta but apparently, it's a perfectly sane and well-adjusted combination.