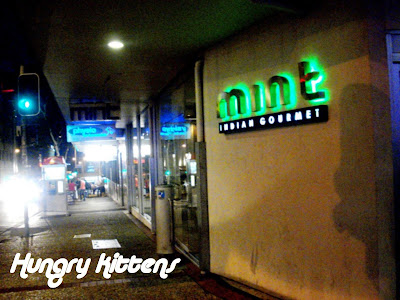 I have slight reservations about writing 2 Indian food posts back-to-back. But... they are only slight, so I'm going ahead. Here is another reference to my Indian housemate: I love Indian food and asked him for a formal recommendation of the best Indian restaurant he's tried in Brisbane.

He told me it would be Mint Indian Gourmet hands down. 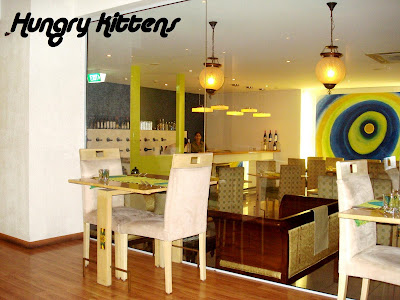 I knew of Mint, having driven past it a few times whilst in the valley. It looks good from the outside and was always a place on my (very long) list of 'go-to's but after that heavy claim, it was elevated to the top.

My grandparents were looking for somewhere to take us for dinner so I suggested we try Mint. Whilst my parents are iffy about food with 'strong flavors', my grandparents pride themselves of the fact that they can eat anything and everything. When I made the suggestion, they were super keen. 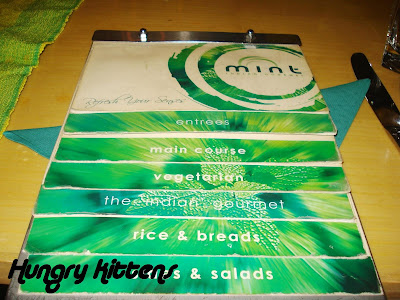 Unlike most Indian restaurants, Mint is very contemporary in its layout and decor. You get the feeling that they are trying to invoke a fine-dining vibe and simultaneously distance themselves from the street-side Indian takeaway chains. 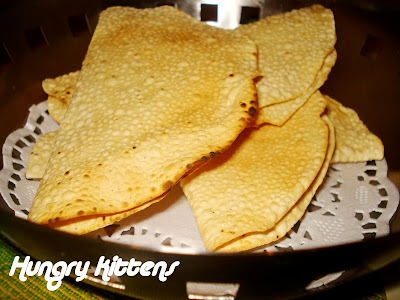 I'm not sure if it's because we got there too early (7pm on a weekday) but there was only one other table of customers when we arrived. The waitress seated us and immediately provided menus, water and complimentary pappadums.

We selected 2 entrees, 3 curries, naan, 2 types of rice and 2 desserts from the menu. 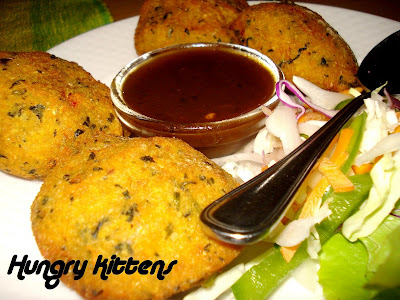 The onion bhaja tasted a bit like falaafel and came with a chutney dipping sauce. 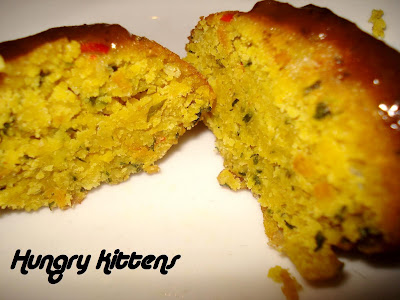 I thought they were too dry but they tasted nicer accompanied with the mint yogurt dipping sauce that came with our lamb entree. 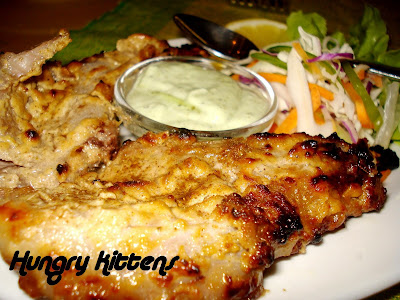 The lamb was delicious - tender and succulent. The flavors were quite complex but subtle at the same time. Each entree-sized lamb plate came with 2 cutlets. I'd have been satisfied with 4 of these, the dipping yogurt, some salad and nothing else.

Our curries, naan and rice arrived all around the same time. 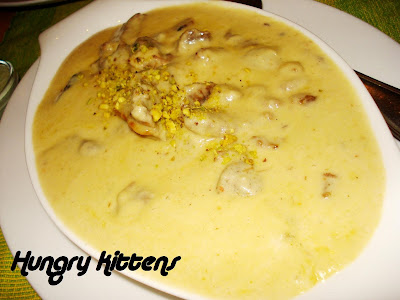 The beef korma was amazingly awesome. It was the first one I tried and mmm... creamy, nutty, fragrant and sweet. We were warned that the curry would be sweet but I loved it. It was our favorite item of the night and my neighbor and I spent some time trying to find recipes for reasons of duplication. He swears there is condensed milk in there but I have doubts... 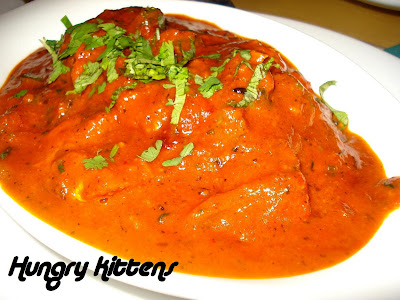 I can't give the same rave review for the chicken tikka masala. It wasn't unpleasant but it was quite boring. The flavors didn't really stand out to me besides being tomato-based and vaguely spicy. 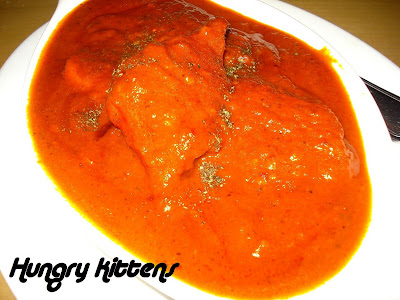 Although cooked salmon has never appealed to me, I chose the salmon curry based on the fact that it's one of Mint's signature dishes. Unfortunately, this was also a disappointment for me because the salmon tasted dry and flaky and the sauce tasted exactly like that of the chicken tikka masala. 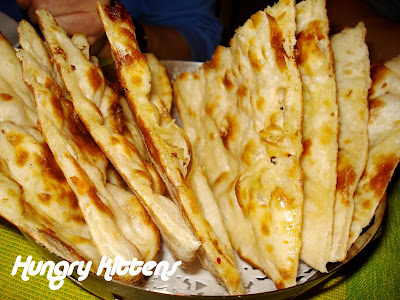 The naan bread was a real standout item at Mint. My grandma declared it was her favorite part of the meal. The piece is generous in size and perfectly balanced between chewy, soft and crisp. 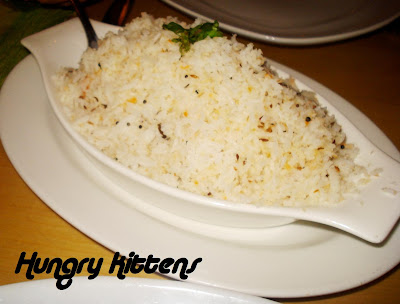 Out of the 2 different types of rice we ordered, the agreement around the table was that the coconut rice was good. It had flakes of toasted coconut and the rice itself was infused with flavor. 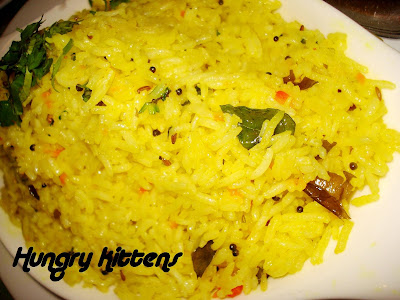 The lemon rice... well I didn't mind it but noone else seemed to really like it. It was a bit strong though and didn't compliment the curry too well. 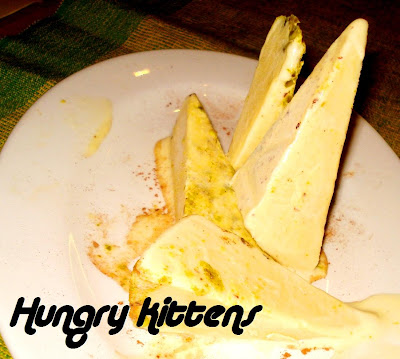 We also ordered 2 dessert items. They were the only ones available and happened to be the only Indian desserts I know of. Kulfi is one of my favorite types of ice-cream ever (I even tried to make it myself once). This one had a beautiful flavor - subtle but complex. The milky quality of it was extremely concentrated and hence quite sweet and intense. I don't normally like gulab jamun that much as I find it almost sickly sweet. This one was quite good. The texture was soft, warm and pillowy and it contrasted nicely with the ice-cream and syrup.

I thought service was excellent and the timing of the courses were spot on. The actual food items were hit and miss. The korma, naan, coconut rice and lamb entree were exceptional. The other 2 curries were ordinary. One other thing: I had read online that Mint's curries were EXTREMELY spicy and that medium was equivalent to extra hot elsewhere. My family likes HOT HOT HOT but we chose medium as a precautionary measure. The curries weren't hot at all. I would say they were closer to mild. I PERSONALLY like mild but the rest of the table complained that they would've liked much spicier.

I like that Mint has a refined vibe without being much more expensive than other Indian restaurants. Personally, I like more rustic dining environments for digging into Indian cuisine but if you're after a nice date location, I'm sure this is more suitable.
Labels: CBD and Surroundings, Dining Out, Indian Restaurants, Informal Dining