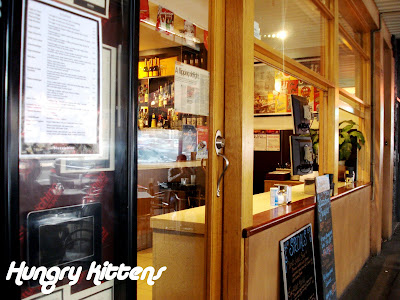 This will just be a short post because it was a quick trip. We were trawling down Lygon St and I decided my core body temperature was fast becoming insufficient. 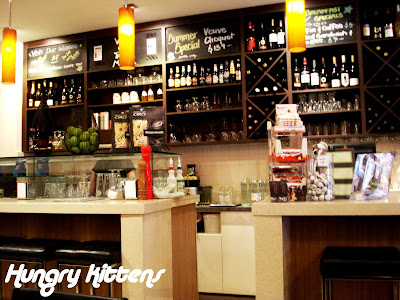 A hot drink rest stop is indicated for such events.

Which is why it's silly and ironic that I ended up getting an iced frappe. 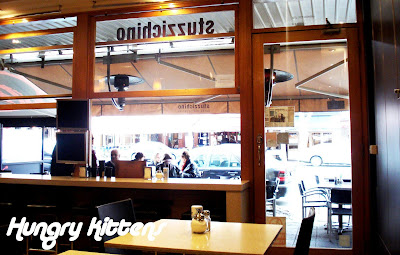 We selected Stuzzichino at random, on the basis that it had an enclosed seating area and hence more protection from cold and wind.

I stared at the menu for a long time before trying to invent a drink. I made a special request off the menu (it involved using the pear nectar in something that it wasn't originally involved with on the menu) and the counter girl looked at me like I was mad and promptly told me "I can but I can't be held accountable if it tastes weird".

Fair enough... I took the risk anyway but it turned out to be pointless because they didn't even have pear nectar in stock.

I asked for the Frullato instead which is basically a berry frappe. It was too tart for me and one of my pet hates in these kinds of drinks is picking raspberry seeds out of my mouth. It's REALLY annoying. 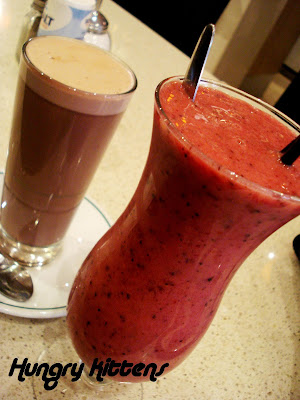 Kat ordered the Nutella Calda. We were complaining about menu items that weren't in English and this drink, we believe, would be better described as 'Nutella frothy milk drink'. It was delicious. Warm, chocolatey and very rich. Needless to say, I was incredibly jealous of her.

The staff were lovely and we spent some time gossiping (amazing how there was never a lack of things to say) and regaining energy before recommencing our journey.
Labels: Cafe and Bistro Dining, Dining Out, Victoria