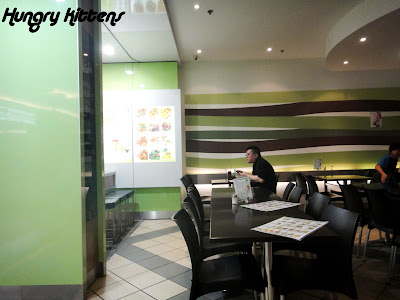 I finished my final day of clinic last week and wanted a mini celebration to mark the event. Unfortunately it was only 4pm or so when I got to Sunnybank so many restaurants weren't open. After dawdling around, we found Happy Bowl in Sunnybank Plaza. 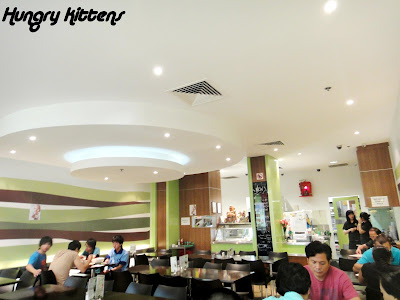 I actually have a bit of history with happy bowl. Back in junior highschool, I had braces (for orthodontic treatment) and every month or so, I had to leave class early to get the wires adjusted. That involved mum taking some time off work to accompany me. To make things a bit more fun, she took me out to eat after. We often went to Toscani's at Carindale where I would order a lunch-sized pasta (N.B. I just clicked the Toscani's link and realized I've told the same story before :D). Or, we would go to Happy Bowl where I'd order a crispy chicken. Back in those days, there was nothing better on the plate than crispy chicken! Of course it was excruciating to eat after getting the wires tightened but I was found it well worth it. 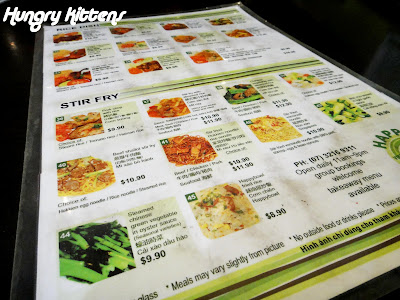 That was a long, long time ago and Happy Bowl has since changed. It's been renovated at least once and looks a lot snazzier for it. Though I was dining with Hien and he seemed reluctant to have Vietnamese food, I insisted on it for nostalgic purposes. 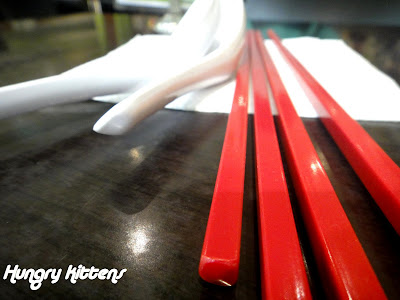 Hien was excited about the red chopsticks

Happy Bowl is located within Sunnybank Plaza. It's got a nice, contemporary and clean decor but the menu isn't pretentious or overly fancy. You get a comprehensive selection of the usual Vietnamese menu items. 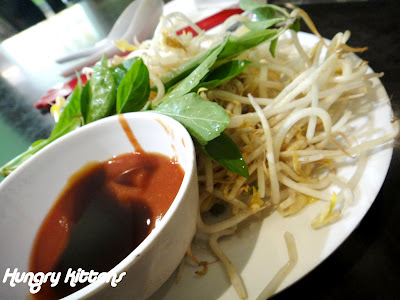 Herbs and sauce to accompany pho

Contrary to the purpose of my visit, I DIDN'T get the crispy chicken (it was a close call!) but ordered the spicy noodle soup instead. Hien ordered a plain old beef pho in large and we had some drinks and deep-fried wontons as entrees. 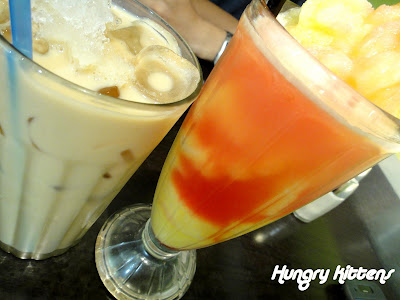 The drinks came first. I ordered a Vietnamese iced coffee which I normally love (it's prepared with condensed milk) but while this one was OK, it more so resembled a standard iced coffee. Hien got this tropical frappe that he said looked nice but 'tastes like syrup, as it's meant to'. I'm not sure if that's a compliment or not? 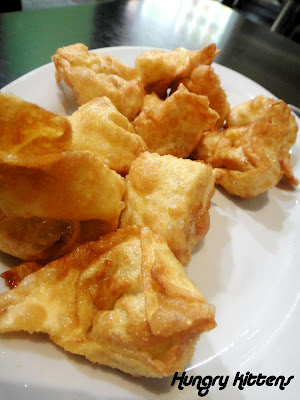 I was really craving deep-fried that day (we were also contemplating KFC but I wanted somewhere I could blog) so the deep-fried wontons were very much welcome. They were great! They were small but nice and crunchy on the outside without seeming dry. 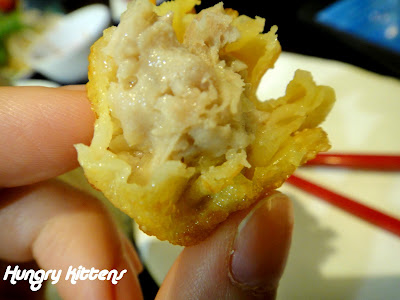 Inside of deep-fried wonton

The filling was nondescript meat-like but it suited the coating well. We didn't get any dip with it though (I think dip is self-serve) so I just used Hien's pho sauce. 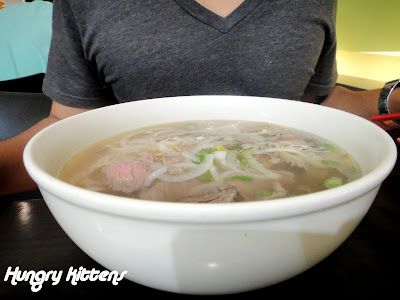 When the pho came, my jaw dropped was open. It's called 'large' and I'd say that's false advertising. It was MASSIVE! See photo one for the size of the bowl in relation to him. 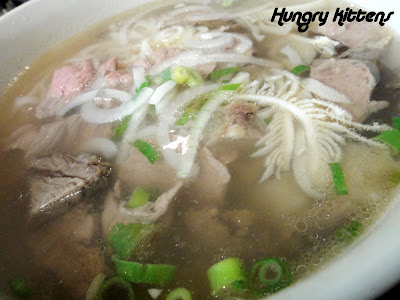 Despite all that, he said it was unimpressive and he's had many better pho from similar eateries. 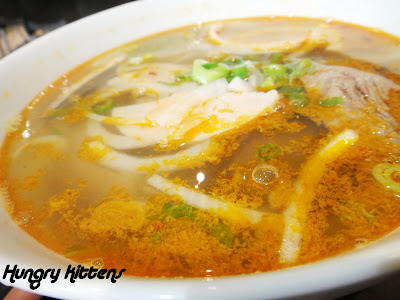 My first taste of the spicy noodle soup made me think 'oh no'. It was REALLY spicy. After a while though, I sort of got used to it by avoiding the blatantly orange zones of the soup. However, it wasn't hard to determine that the soup was JUST spicy with not much other flavor. I added some sauce but it didn't do much so in the end I just picked out the meat and left most of it behind.

We were quite disappointed with Happy Bowl. There was nothing wrong with the service and the environment was quite nice compared to other eateries around Sunnybank but the food just didn't cut it. Both bowls of noodles weren't even 'acceptable'. They were kinda bad! The wontons were fabulous though so maybe they are capable of doing some good! I doubt I'll be going back.
Labels: Asian Restaurants, Casual Dining, Dining Out, Southern Suburbs