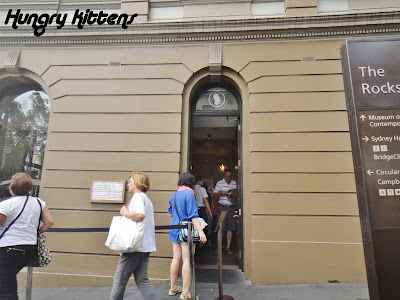 After Kat and I conquered the Sydney Harbour Bridge climb, we were in desperate need of sustenance (those jumpsuits you are made to wear are no good for looking sexy but excellent for making you sweat buckets). On top of that, there was the pressure of having to get back to our hotel in time for the airport shuttle bus. 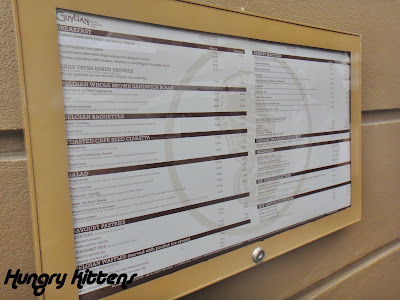 We whizzed through The Rocks and spotted Guylian Cafe. A local Sydney friend of mine actually recommended it for dessert the night before and we didn't have a chance to go then so I stopped to have a look. Much to my surprise, there were actually savory food options that sounded healthy! We decided to stopover here. 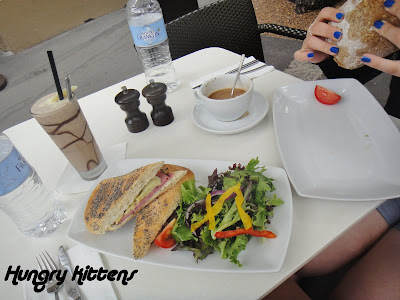 There was no seating inside the cafe so we sat outside at the outskirts of the Sunday market. 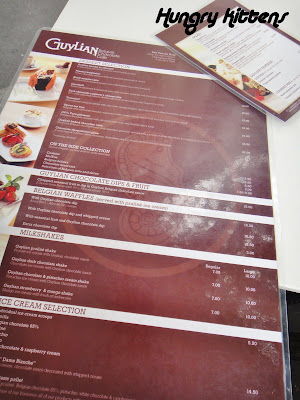 There were lots of sweet things on the menu but we restricted ourselves to non-indulgent lunch options and slightly naughty drinks. I also ordered a brownie takeaway so that noone could accuse me of going to a dessert cafe and not getting dessert. 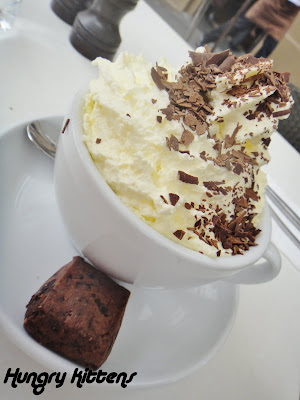 As her 'bad' drink, Kat ordered the Guylian chocolate special. When this was brought out, I couldn't believe my eyes. It was pretty much a cup full of cream with a sprinkling of chocolate on top. In other words, a dieter's worst nightmare. Kat poked a bit of cream and coffee started oozing out, OOZING out of the cream. Unreal. 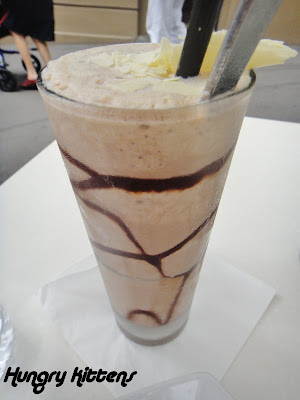 My poison of choice was the Guylian shake. It was made from praline ice-cream and drizzled with a chocolate sauce. This thickshake was REDICULOUSLY good. I thought it had a pistachioey flavor to it. Whatever it was, YUM. And it wasn't too sweet either. Kat agreed. 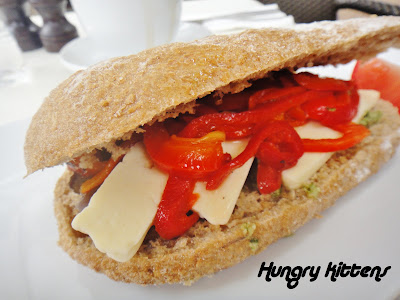 For a splash of savory (and injection of health) Kat ordered the vegetarian brown bread roll. I had a taste and can't say I liked this one bit. It was bland and boring to me but she said she was happy with her pick. 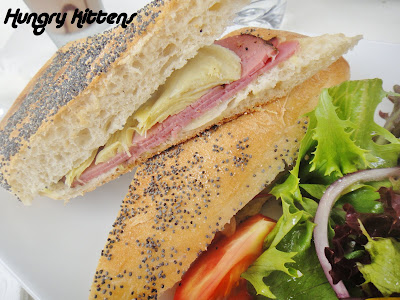 I got the toasted ham ciabatta. It was pretty good. Nothing amazing but hey, it's just a toasted sandwich really. I liked the addition of artichoke. It was still simple but worked nicely. 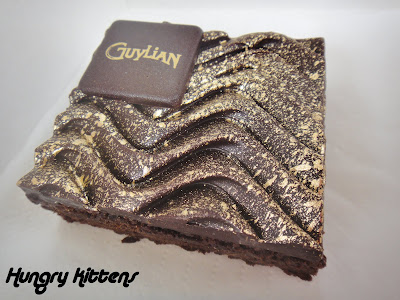 The chocolate brownie looked almost too good to eat! It had gorgeous gold flecks and was very dense, moist and chocolatey.

I think Guylian Cafe has a good thing going. There's an amazing selection of sweet treats, hot, cold, cakey, creamy, liquidy, whatever. Then, to offset that, there's a good supply of savory/healthy salads and rolls. To me, that's a winning combination! The locations nice and our service was slow but friendly.
Labels: Cafe and Bistro Dining, Casual Dining, Dessert Out, Dining Out, NSW