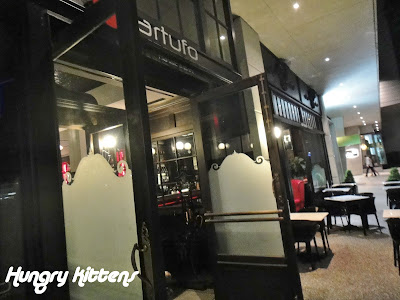 I was completely undecided about my NYE plans for aaaages. As a spur of the moment decision, I booked a hotel in Brisbane for the night BEFORE so that I knew I'd be doing 'something' around then but wasn't actually committing to new year eve in Brisbane. 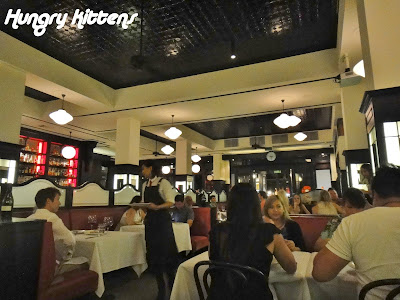 Along with a hotel stay comes a restaurant meal. The hard part about securing a booking for this night was that most restaurants were on holidays. I finally found Tartufo and e-mailed a booking request, expecting them to say 'sorry we are shut from blah to blah'. Instead, I actually got a booking. Horrah!

Tartufo is located where Belle Epoche used to be at the Emporium. I did like Belle Epoche and a large contributing factor to that was the decor/dining space. This was maintained when Tartufo took over. The restaurant oozes plenty of old-world charm with generous amounts of booth seating in a colour scheme of red, white and black. 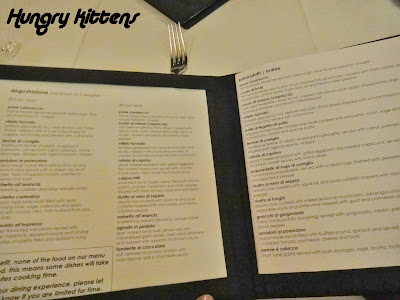 We were granted an end table with 2 chairs side-by-side. This is unusual but I liked it because to me, it's a bit easier to talk to someone next to you than across from you. There's less of a business/interview vibe. 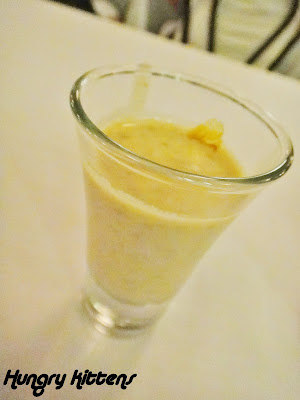 A complimentary amuse bouche of canneloni bean soup was provided. Nice but nothing that stood out. 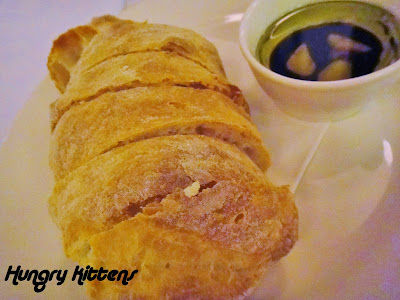 We ordered bread to start with. It was quite late... 9 something (remember I normally have dinner at 5pm) so we were starving. The bread was piping hot, crusty on the outside, soft on the inside and served with olive oil and balsamic vinegar. Absolutely delish. I had to force myself not to stuff my face with bread and instead, save room for the actual food. 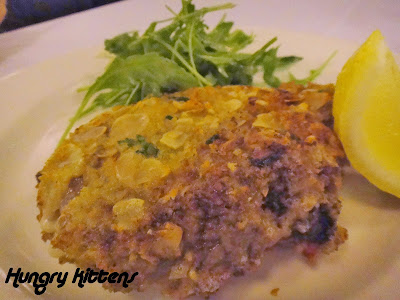 For our mains, Byron chose the veal rack. I tried a bit of the meat. It was beautiful - so tender and 'milky'. 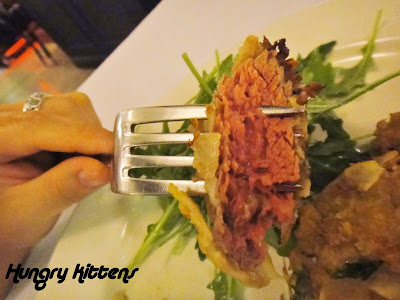 The only criticism for the meat was that it was slightly under-seasoned and we didn't have salt at the table. 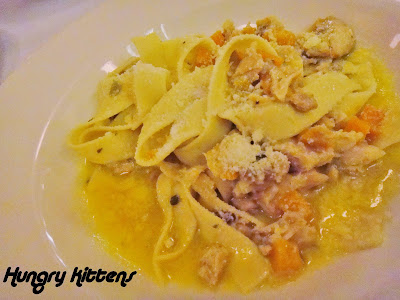 I was really craving pasta and ordered the parpardelle with rabbit ragu as a main. At first I thought the pasta was a bit too undercooked for me (too chewy rather than 'just' al dente) but soon, the whole dish grew on me. It was really quite simple but had a great harmony of flavors. I slurped up every last bit. 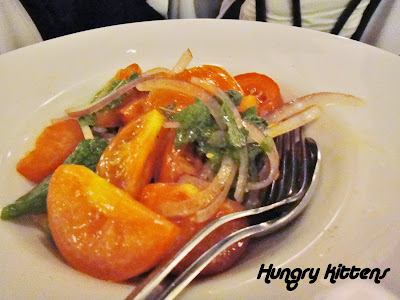 We also asked for a side of tomato salad. We're not sure what they did to these tomatoes but they were magic. Byron is something of a tomato critic (I've actually been told off in the past for purchasing poor quality tomoatoes that were unsuitable for cooking) and went gaga over this dish. It is another example of simple yet exquisite. 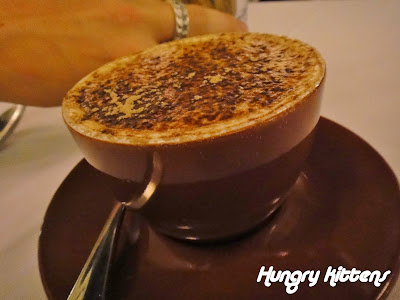 Dessert time rolled around. Byron ordered a cappucino. As usual for when I try coffee at fine dining restaurants, it really exceeded my expectations. I find good restaurant coffee to be more intense and memorable than good cafe coffee. If that even makes sense... 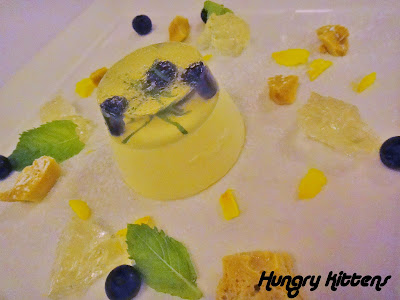 Byron and I were being pigs that night and ordered a dessert each. He chose the panna cotta and I tried a bit. The actual panna cotta portion of the dessert was creamy and lush and smooth but I wasn't crazy about the jelly component. 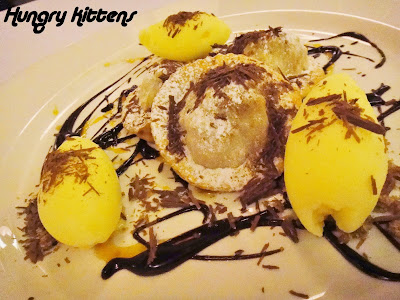 My own dessert was supposed to be the soft fried dough but what I got instead was actually the flaky pastry dessert. Unfortunately I didn't even figure it out until I had nearly finished the whole thing. I knew I didn't like it that much but because both those desserts were unfamiliar to me, I was too late in putting 2 and 2 together. It just goes to show that when you put something sweet in front of me, I will eat it :).

I actually really liked Tartufo. It wasn't perfect but the food was definitely an above-average experience for me. The service was attentive without being annoying and the atmosphere is lovely.
Labels: CBD and Surroundings, Dining Out, Fine Dining, Italian Restaurants