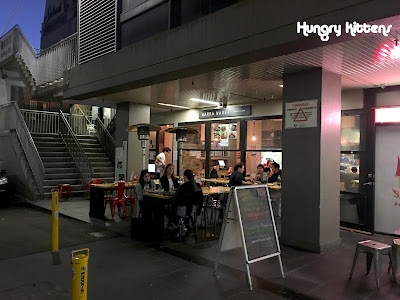 After one failed attempt to meet my friend Doc for brunch (I simply couldn't wake up in time), we rescheduled a catch up, this time at the safer evening time slot. We were both in the mood for Korean and he suggested Warra Warra.


Wait a minute. Isn't there a Wara Wara (spelt differently) in Brisbane also? I asked him if it was a chain or if "Warra" was just a very common food-related word in Korea. He didn't give me a straight answer so I still have no idea. Based on the style of food I tasted and addition of extra 'r', I assume the two Warra Warras are unrelated.

This Warra Warra was tucked in a laneway with a couple of other restaurants. We wouldn't have found it without religiously following Google Maps. There were tables inside and out but on this occasion we sat outside.

Doc seemed to know exactly what he wanted so we let him take care of the ordering. There was a plate of sunflower seeds for us to munch on as we waited for food to arrive. This might seem barely worth mentioning but these sunflower seeds were surprisingly tasty! 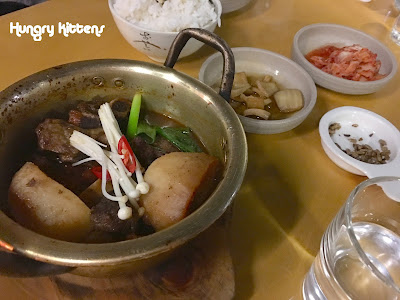 The first dish that was brought out was a spicy beef soup. Unlike other Korean beef soups I've tried this had actual large chunks of beef and potato. The flavour was bang on though. It made me think this is more of a casserole type dish to have with rice than a soup to drink on its own. 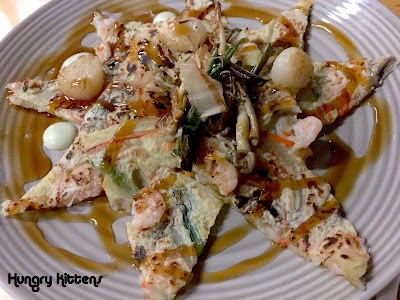 The scallop pancake was very pretty to look at. There were juicy scallop pieces and the whole dish was garnished with dashi flakes and wasabi mayonnaise. 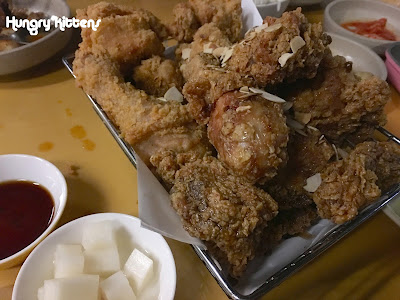 We selected two different flavours of Korean fried chicken. The soy battered version was delicious but the original was salty. As is often the case with Korean fried chicken, we were given some pickled daikon. I don't mind pickled veggies but I can't see how this compliments chicken. 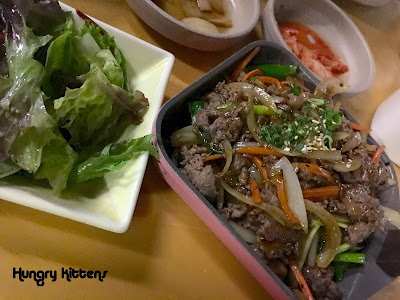 Finally we also tried a bulgogi, another Korean classic. This version had a lovely charred aroma that took the dish to another level. We were provided some fresh lettuce leaves for the option of wrapping the beef.

Warra Warra provided us with a delicious and filling Korean feast. With the exception of the original fried chicken that was excessively salty, everything else was right up my alley.