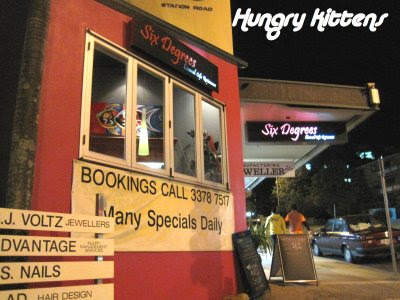 I have a 'thing' for boutique. Boutique clothing stores, cafes etc. Six Degrees was recommended to me as a place that had a bit of an artsy, cozy vibe. That made me think of Three Monkeys, which I love, so it definitely got me curious. 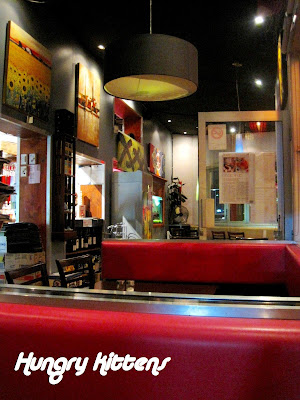 I had driven past Six Degrees a few times before I ate there and I was doubtful because from the outside, it looks like such a plain (but pink) building. As soon as you walk inside though, you can make out the little booth seats, artwork on the wall and the special kind of clutter that makes you feel comfortable rather than messy.

On my first visit, I tried the pumpkin soup (it was the soup of the day) and the duck sandwich. Both were delicious and I kept wanting to go back though I hadn't had a chance to until recently. 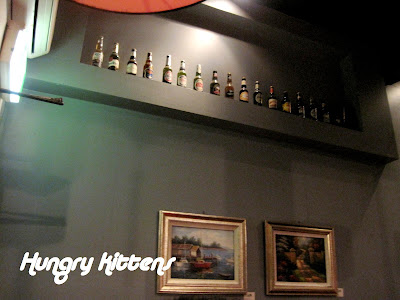 The service is always lovely and the place can get pretty busy but when we went, it was nice and quiet.

I ordered the haloumi cheese salad. Charlie chose the duck pasta (we sure love our duck). We also ordered some drinks: a Charlie Brown for me (yes, haha) and an iced Chai frappe for Charlie. 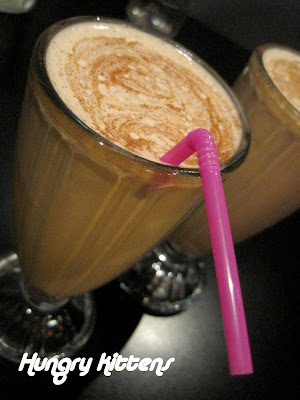 Drinks came first. I loved mine - it's described as a shot of coffee blended with skim milk and ice but tastes a lot better than it sounds. Charlie's Chai frappe was quite good too. 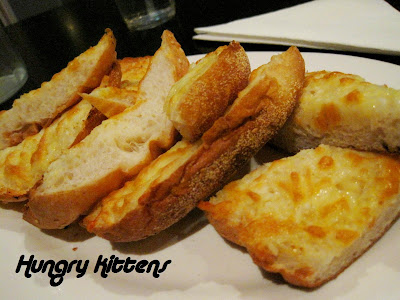 We also had some garlic bread to start off with. This bread was REALLY garlicky but in a good way. Steer clear if you're anti-garlic. The bread is fluffy on the inside and toasted crisp on the exterior. 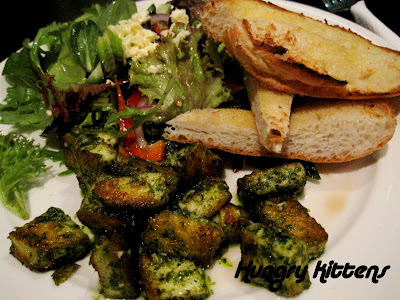 Mains arrived. I thought my haloumi salad was so delicious. It made me think that I could probably convert to being vegetarian at the snap of my fingers. I can't believe haloumi cheese can be made to taste so good. It was flavored with a bit of pesto and olive oil - simple but perfect. The actual salad part was also fresh and the vinaigrette was tangy and pulled everything together. 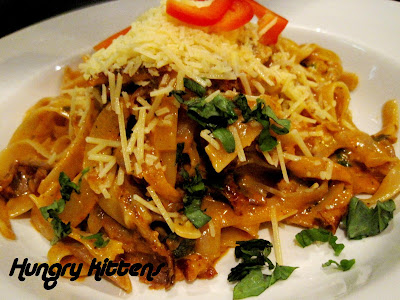 Charlie's duck pasta was also very tasty - creamy with great flavors and generous pieces of duck. I thought it was quite filling too.

We love Six Degrees - it's such a great place to have a meal, snacks, drinks or just chill. Usually places with a relaxed vibe have crappy food but this is definitely not the case at Six Degrees. 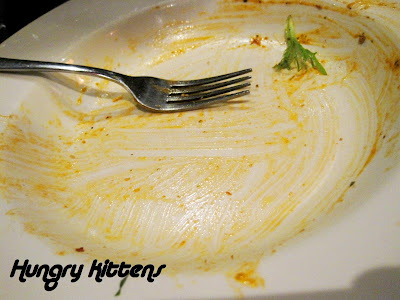