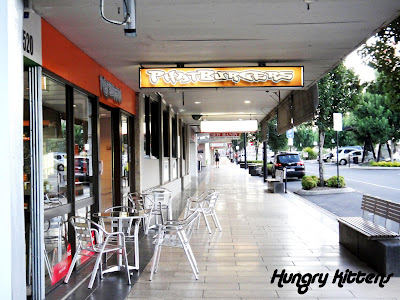 I was trekking through the streets of Toowoomba City when I walked past a burger joint that really grabbed my attention. It was closed at the time but had grafiti on the walls and mad tag writing. Have I ever mentioned that in highschool, I went through a phase of writing everything tag-style? Anyway, Phat Burgers was part of my calling so I grabbed a menu flier and vowed to return. 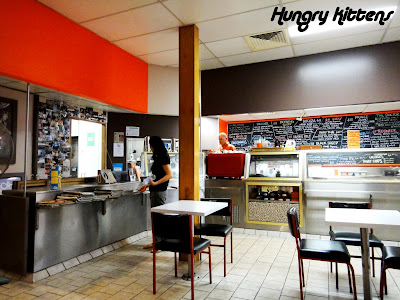 We're getting into a routine of eating out on Thursday and last Thursday, we were excited about giving Phat Burgers a go. I had been studying the menu pamphlet all week and was close to being able to recite burger combinations from memory.


When we entered, I was impressed by the size of the burger joint. I had been concerned that they didn't have tables to sit at. Well, let me assure everyone that there are plenty of tables and comfy booths too.

I went a bit bananas and ordered not just a burger but kumara chips and a Phat shake too. Mochi went easier and chose a burger. Despite knowing what was on offer, we both took a while to decide. 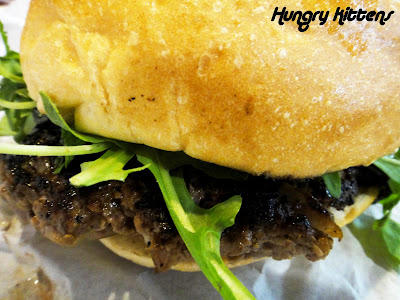 My pick was called The Doctor. It was HUGE. 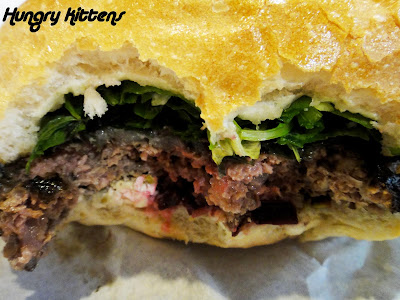 Bite shot of The Doctor

The beef patty was juicy, the flavors were a bit Middle Eastern in influence and the salad was fresh. It was all-in-all, a very satisfying burger. 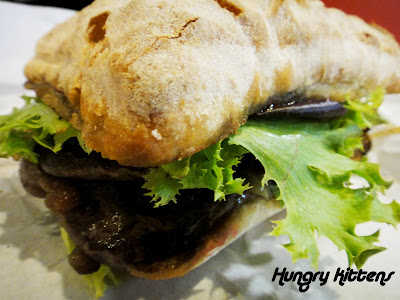 Mochi went for the Granite Belt because she was in the mood for something with steak. 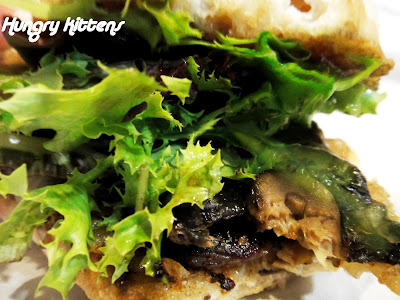 It was served on ciabatta and had some of the burger-usuals (mushroom, leaves, caramelized onion) as well as the not-so-usual addition of plum sauce. 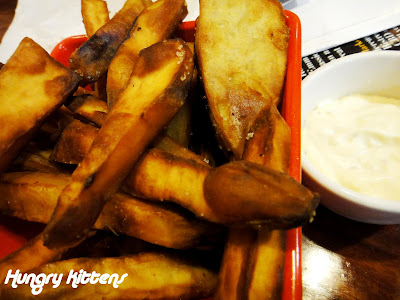 I ADORED the kumara chips. I also ordered some aioli dip to go with it and it was a delicious combination. Kumara is fancy-speak for sweet potato. I've made sweet potato chips before but these blew mine out of the water. They were super crunchy and extremely moreish. I would happily go with just a bowl of these for tea. 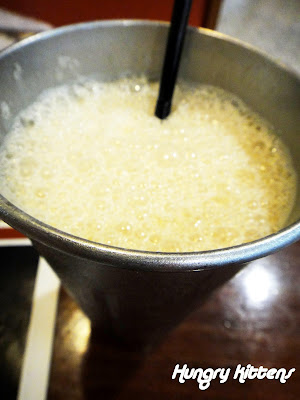 The Phat shake was also very satisfying. It contained 2 shots of espresso and was a nice consistency - not too watery but not so thick that you can't suck it up a straw. I'm quite particular with my milk shakes :). I also like that it wasn't overly/sickly sweet.

The service at Phat Burgers was fantastic. The main guy (possibly owner?) saw me snapping photos of the food and offered to take one of me and Mochi. Nice offer but no thanks, I just want food photos! I don't want evidence of us actually pigging out :p.

But yeh, I LOVED Phat Burgers and am heaps keen to head back and try their other stuff. Recommended you do the same! It's something Toowoomba has that I reckon beats most burger joints in Brissie, both in terms of character and quality.
Labels: Casual Dining, Dining Out, Favorite Restaurants, Toowoomba