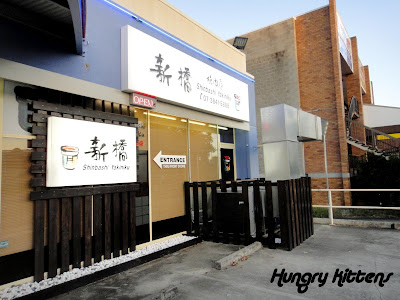 Antarctic Circle was one of my family's frequent haunts since it first opened. My grandparents are great steak lovers and it was perhaps the stone grill at AC that introduced us to the legendary wagyu beef (before it became as 'mainstream' as it is now). 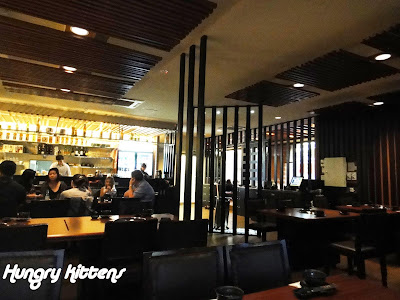 The good guys at Antarctic Circle have opened up a new joint called Shinbashi - directly opposite their other restaurant. Shinbashi offers Japanese coal barbecue and in fact, yakiniku means 'grilled meat'. My family headed over on Saturday to give it a crack. 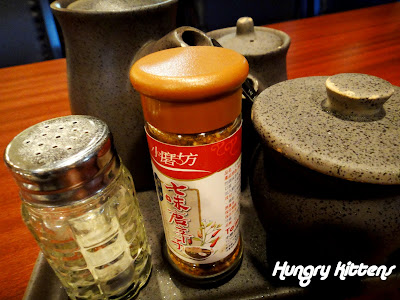 The restaurant is new so the fittings are nice... my idea of 'contemporary Japanese' and successfully apply a dark color-scheme whilst maintaining brightness. 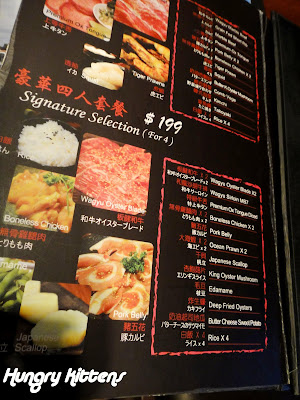 After leafing through their menu of possible barbecue items, we took the easy way out and ordered a 4 person set meal. It comes with rice, edamame and a selection of grill items. 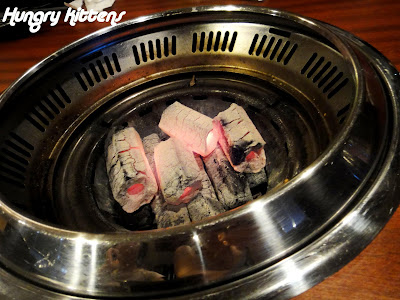 Our coals were placed down not long after the order was taken. We also had some complimentary chicken broth to start with, which was light and gingery. Very pleasant. 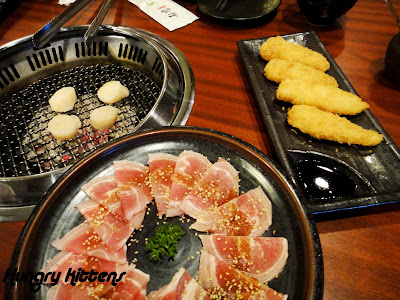 Unfortunately, by the time our food arrived the coals were already cooled down. This became a resounding (and very significant) problem with the dining experience. The waitress explained that because it was busier than they expected, the 'coal production' couldn't meet demands. We had to wait ages for a new batch of coals to come... only then did the meat sizzle a bit. And even then, because these coals were produced quickly (rather than slowly burnt to absorb the most heat), they lost oomph after just a couple of plates. We then had to wait a long time for more to come out.

I was trying to be optimistic in thinking 'it'll heat up in time... it's OK the food will cook anyway' but the truth is, there is no way to cook raw food on a grill that just isn't hot enough. It's particularly important for beef because you want that initial sealing effect. In fact, we waited for a new batch of coals especially to cook the wagyu on. 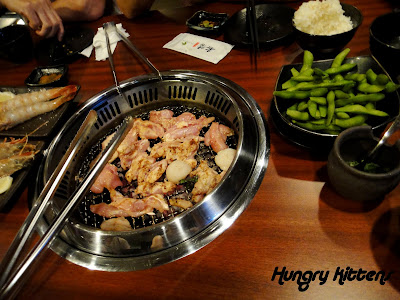 Cooking logistics aside, I will now get on to the food. My impression of these kinds of restaurants is that you should never expect too much from the food. Shinbashi successfully knocked that back with some kick-ass beef. 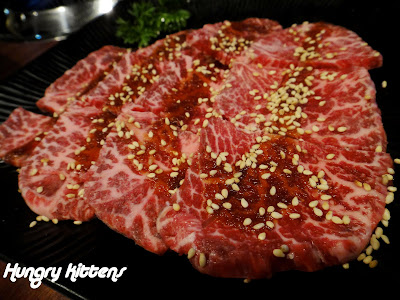 We were extremely impressed with the wagyu oyster blade. They were thinly sliced pieces that were so tender and melt-in-the-mouth. Unbelievably awesome. Excellent flavor too. 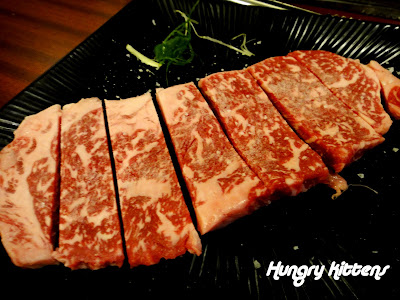 The wagyu sirloin was also good but not significantly better than the oyster blade so in terms of value, I would order oyster blade hands down. 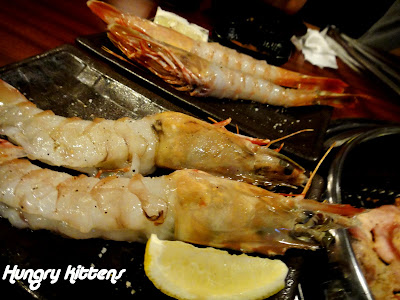 The other dishes were average. I didn't mind the chicken, though it took a long time to cook. The prawns were huge and impressive-looking but didn't taste that amazing. 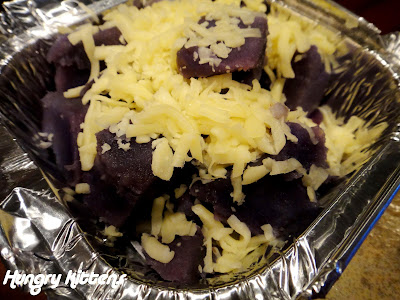 There was an interested sweet potato and cheese dish which was novel but I think I'd prefer plain sweet potato.

We all decided that if we were to return, we'd just get oyster blade and some veggies.

On that note, we were really craving veggies by the end of the meal! Can you imagine eating all that fat-oozing meat and not having any tea/greens to cut it? Edamame only goes so far. And yes, we weren't provided with green tea which in my mind, is an absolute basic requirement of a Japanese establishment. Mum asked for a cup of water and it never came... 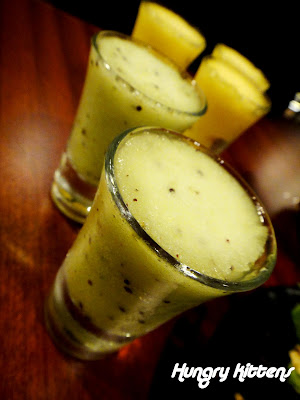 Thankfully we were given complimentary dessert - small shooter glasses of sorbet. We could choose from passionfruit, mango and kiwi. I decided against trying passionfruit but did try the other two. They were wonderfully refreshing after the meat feast.

The service was a bit patchy. Aside from the water not arriving, it was hard to get a waiter's attention, which we had to do to ask for more coal.

In my mind, the problem with the coal really affected our ability to enjoy our meal. With hotpot/barbecue places, a huge factor in the overall experience is the novelty of the cooking method. When that isn't 100%, you start wondering 'what's the point in this?' because there are equally good meals that are cooked for us without the stress of trying to track down hot coals. I'll admit that the beef was good but there needs to be some changes: more efficient service, green tea/water available, some vegetables to balance the meat, and most importantly, a constant batch of hot coals or at least a back up heat source.
Labels: Asian Restaurants, Casual Dining, Dining Out, Southern Suburbs, Steak Restaurants