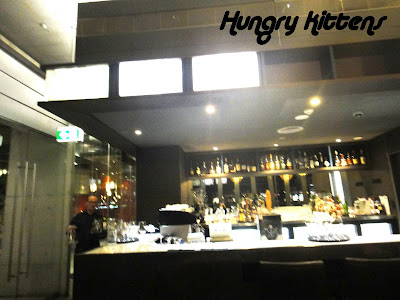 After our stint at Mexican joint Guzman Y Gomez, we were peckish for dessert. I was the one who bravely admitted this first, taking the risk of looking like an insatiable pig. Luckily my friends were too polite to say 'really?! Aren't you full yet?' but instead indulged me with well-acted cries of 'me too! I was going to suggest dessert'. 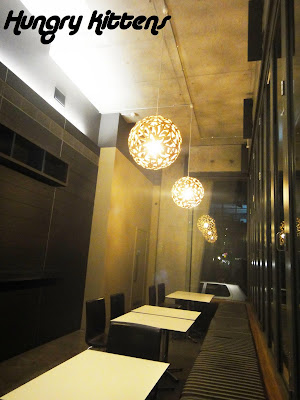 I'd like to assume they were telling the truth :).


I am sick to death of Freestyle because they have a phobia of changing their menu and I've never been the type of person who has a 'usual' (except when it comes to coffee), no matter how good it is, because I like trying new things.

We tentatively crossed the the other side of The Emporium and peered into the restaurant, wondering if the kitchen was still open.

Silly us. Once we got close enough, we saw that the restaurant was still very full. 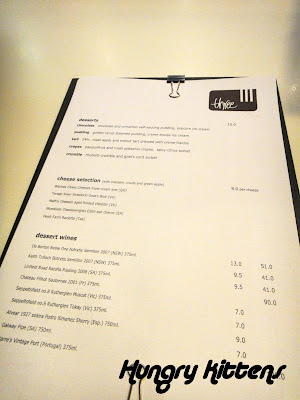 The waiter asked if we wanted to wait for a table in the actual restaurant or just sit at the front, near the bar. We chose the later because there was a comfy window seat and it was nice and quiet. 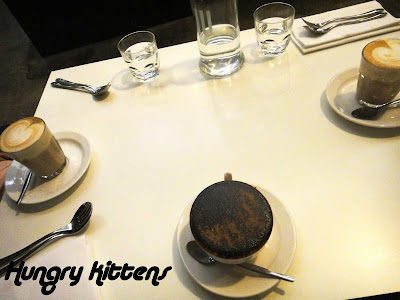 Coffees were ordered to start with.

Mochi and I had one of our twin moments (after already experiencing one earlier in the day when I noticed she was wearing the same earrings that I just received from ShopBop). I wanted the chocolate fondant and she wanted the chocolate fondant. We are totally against ordering repeats in one meal so I said I'd change to the crepes and OMG she was thinking of that too.

Our desserts actually took a while to come out. It was alright for us because we were chatting away but imagine if I was REALLY WANTING DESSERT RIGHT NOW. But anyway, I wasn't so itz all kewl. 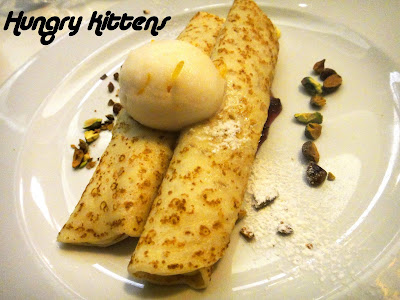 My crepe dish reminded me a bit of the barramundi burrito I had just eaten. This type of crepe is nothing like the Harajuku Crepe type of crepe, which I prefer for its thinness and crunchiness. This one was more like soggy, thin pancakes. The sauce was too sweet and the gelato was too sour. I picked at it for bits that I didn't mind eating and struggled. 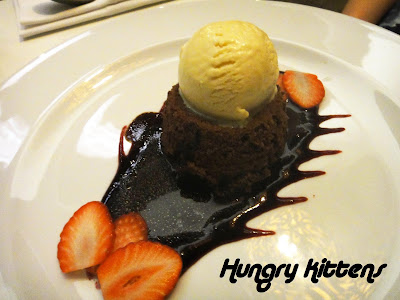 I tried a bit of Mochi's chocolate pudding and wasn't too impressed. Maybe that's because I got a big dollop of berry sauce? It didn't seem to be that oozy on the inside and the cinnamon is very, very subtle. The popcorn ice-cream was amazing though. It had a distinct popcorn flavor. And who doesn't love popcorn? 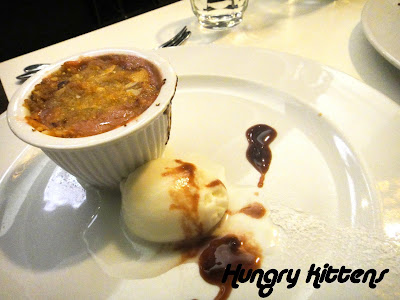 Blossom ordered the crumble. The crumble itself was unremarkable to me but then again, it's not the kind of dessert I'd normally order simply because I'm not keen on fruit crumbles. We were all invited to try the accompanying goats cheese ice-cream. Oh. My. God. Mochi looked like she was going to dry retch afterwards but she is way too ladylike for that and instead quips '... it's not my kind of thing'. I don't mind mild goats cheese normally but this was like... STRONG goats cheese pretending to be dessert. We kept repeating 'that's... different'.

Okay, so I'll admit the dessert at Three Bistro didn't blow me away. I'm not sure if that's just because we ordered weird things? Our waitstaff were really nice though and I did like the little corner we were seated at.
Labels: CBD and Surroundings, Dessert Out, Dining Out, Informal Dining