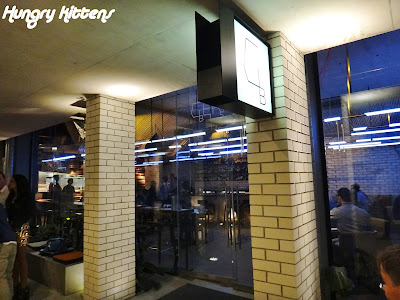 I can't even remember how I first heard about Gerard's. Most likely it was on The Urban List but it's one of those new establishments that's experienced a lot of hype in the Brisbane blogosphere. All I know for sure is that I've been dying to go since it first opened. Being an avid diary-user, I like to itemize my weekend schedule. I've been writing 'Dinner at Gerard's' on my Friday and Saturday nights in anticipation for weeks but the vision never came into fruition because I've been stuck doing other things (namely spending my past 2 weekends in Sydney). 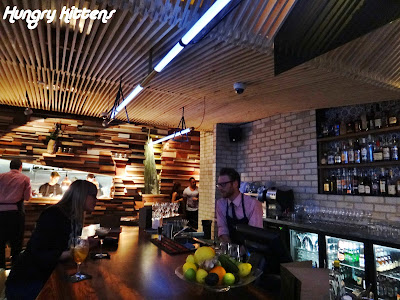 Finally, this past Saturday, my short-term food-related dreams have been fullfilled. My friend Justin and I have tried to catch up on numerous occasions in the past but he's always jetsetting around so it's basically impossible. This time we thought, 'right let's make it happen' so we locked in a big night out in the valley, starting with a late dinner at Gerard's. I love that we could make a booking at 9:45pm and not get any 'warnings' about when the kitchen closes. It brings Brisbane that one bit closer to Sydney or Melbourne in terms of night life culture. I've mentioned before on this blog but when it comes to weekdays, I'm practically a pensioner, often eating around 4:30pm. When I go out though, 7:30pm is on the cusp of being too early and I prefer it to be as late as possible. Lots of restaurants don't allow that but Gerard's was happy to accomodate. This was a good first sign. 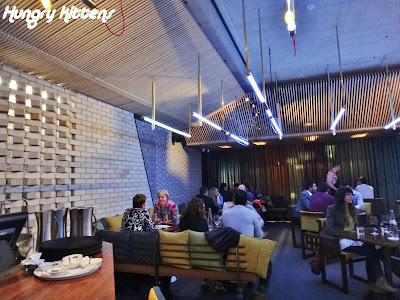 We got a bit lost walking down James Street. At some point, I noticed we'd ventured out of the food district and were surrounded by darkness so after some Googling and backtracking, we did manage to find the restaurant. It's not visible right off the street; you have to turn into a little shopping complex first. 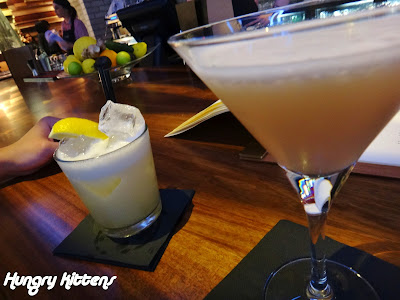 We kicked off with a couple of drinks at the bar while our table was getting set up. Gerard's is a fairly small restaurant, dominated by a large bar. This is justified by the hefty wine list and cocktail menu; as the owners are affiliated with The Lychee Lounge and Larouche, I expected no less. I welcomed the first of many cocktails to come and enjoyed it thoroughly.

Our table was near the back and I was delighted to see that there was at least a portion of the tabletop bathed in light. This is unimportant to many but as someone who religiously takes photos of everything I eat, I see a good source of lighting as a blessing that can't be taken for granted when eating out at night. 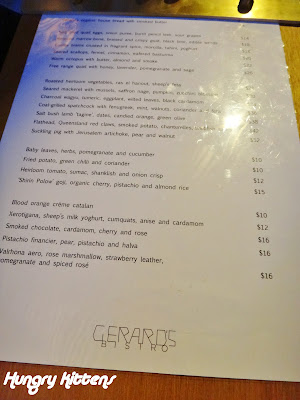 I professed my hatred at making decisions about what to order and Justin responded with absolute proficiency. By the time our waiter came, he had 3 dishes in mind ready to go. Impressive! Now, that's how you get the job done. 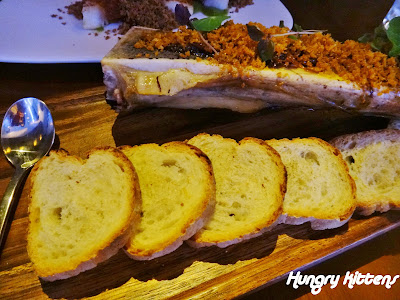 The first dish we tried was the roasted bone marrow with crispy croutons. I like that 'edible weeds' is in the menu description. Being imature, it makes me giggle a little. Anyway, this was a really interesting dish and stood out from the usual plates with smears of sauce and flowers and bits and pieces that I've been seeing a lot of recently. On a wooden board was a long piece of bone hollowed out and filled with marrow and other things. 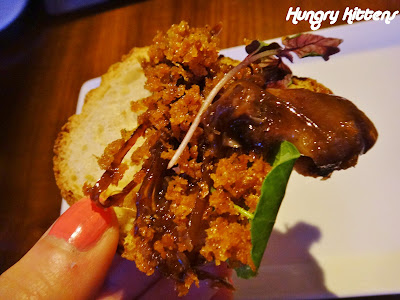 Justin and I both thoroughly enjoyed this dish. It was flavorsome and worked well spread across the crispy croutons. I don't know what exactly they mixed with the marrow but it was crispy and crunchy and oozy all at once. We joked that the fattiness was a great stomach liner for all the booze we were inhaling. 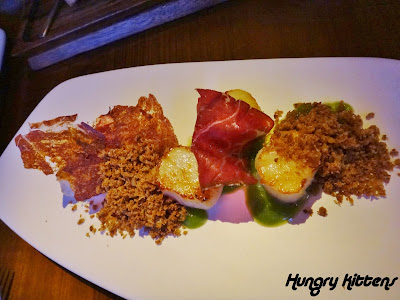 Next we went for the scallops. I noticed that they were huge scallops. Justin wasn't a huge fan of this dish and commented that he'd had better scallops before. I suppose it wasn't a standout, especially when compared with the bone marrow, but to be fair the scallops were big, sweet and succulent. 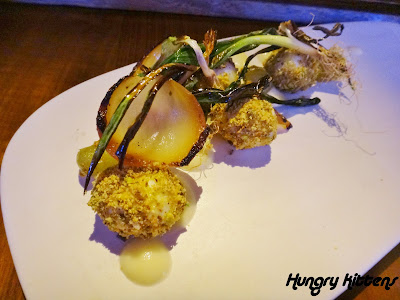 The quail eggs was something we both found intriguing when we read the menu. The combination of elements on the plate worked really well together. I was impressed by how well the quail eggs themselves were cooked. They had all been coated (with an interesting crumb) and fried, and yet the yolk was still runny. They were 'just' cooked to perfection, which I bet is no easy feat for something so small. 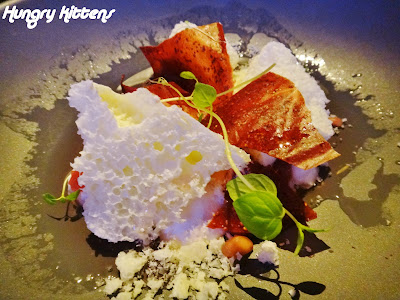 We were undecided about dessert but one of the waitresses did such a fantastic job of describing her favorite dessert that we went along with it. I picked the dish she recommended, which was the white chocolate aero. Ironically, the first thing I noticed when I read the menu right at the start of the meal was the description 'strawberry leather', which happened to be included in this dish. I asked a couple of the staff what that meant and they summed it up as 'like a rollup'. It pretty much was but in the most awesome way possible. I thought this was a great dessert. The chocolate was indeed airy and melted in the mouth. Together with the strawberry, it may seem simple but it just worked. 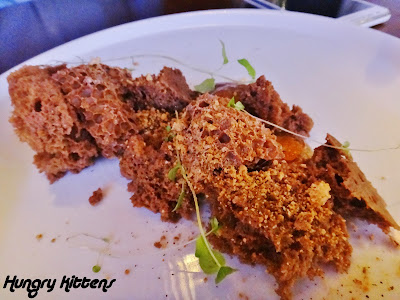 Justin went with the smoked chocolate dessert. His praise came as "I thought the mains were already impressive but this is really good" and added that it was spot on in both aspects of flavor and texture.

The staff at Gerard's were fantastic. I don't just mean they were polite and efficient but these guys really went above and beyond. The girl waitress was hilarious and had us cracking up the whole time. They just genuinely seemed to be enjoying themselves and happy to chat with us which kept the meal interesting. I've never realized how much that can bring to a good dining experience. 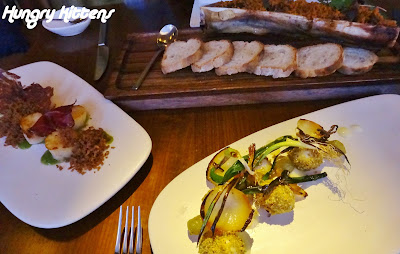 We really liked the food. I had read that the menu has Middle-Eastern and North African influences. I had envisioned something ethnic with feast-like meal options (think Mecca Bah) but the dishes are more refined and better suited to the bar/lounge set-up. One reviewer mentioned that unadventurous eaters would have trouble finding suitable dishes. That may be true (I admit that not everyone is open-minded about bone marrow) but as an 'adventurous' eater I found the menu to be exciting and inspired. There's something else too. The food is masculine (lots of protein and offal) but the execution is delicate, which keeps it from being too cave man-like. I think Gerard's menu is one would appeal to both genders and it sure doesn't hurt that the cocktails are slammin' awesome.