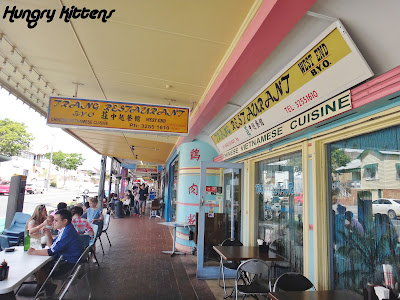 Being an avid user of Urbanspoon, it's hard not to be aware of Trang. It's one of the headlining restaurants under the Cheap Eats section on the main Brisbane page. As a frequent Sunnybank goer, I'm not that confident with Asian eats outside of the Southside and didn't think much of it. As it happens, fate intervened and I ended up having lunch there last weekend. We were in need of a feed on Sunday and Marc, who's normally quiet in his opinions insisted on Vietnamese so I fished out Trang from my mental database of local food establishments and we made the trek out there. 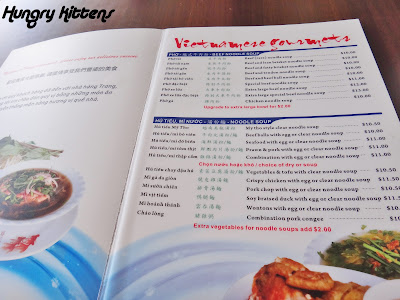 It's getting hot in Brisbane so it felt like a tedious walk (made all the worst by being starving and hung over) and I was ecstatic when we finally got to Trang. There are a couple of other restaurants nearby, including The Red Hen, which I've been to once a long, long time ago. Trang itself is like a vision from Inala, cut and pasted right into the outskirts of West End. I know that there are plenty of other Vietnamese restaurants in that part of town, including Viet Hoa and West End Gardens, but they seem a bit more 'Westernised' (not sure if that's the most appropriate term). By that I mean, slightly better decor, pricier dishes, less variety on menus and what not. The difference my be indistinguishable to most but I picked up a more authentic Vietnamese vibe from Trang the moment we sat down. There was nothing refined about the fold out chairs and plastic tables but even that has a certain charm. 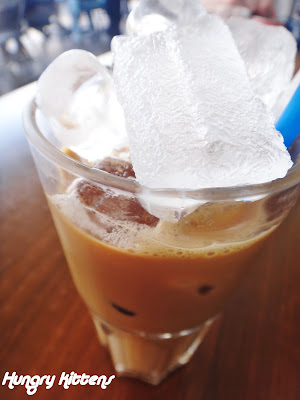 I was still boiling from the walk so I asked for an iced coffee straight up. Marc ordered a Fanta. The iced coffee wasn't anything amazing but it did what I wanted it to. It definitely had a real coffee kick, slight sweetness from condensed milk (I asked for reduced sweetness) and a crapload of ice. You can't get much more cooling than that. 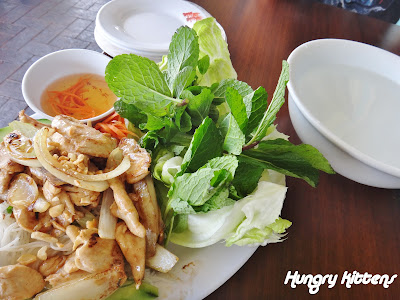 Marc's a rice paper roll lover so we had to get some of those. I think he would have preferred the pre-rolled versions but I liked to DIY so I can omit the rice noodles as part of the filling. We chose the grilled chicken variety and it came with salad, herbs, rice noodles and dipping sauce. 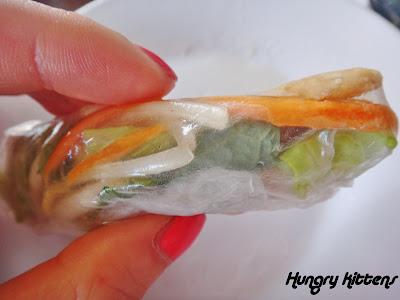 The most presentable one I made

I re-discovered that I'm really bad at rolling rice paper rolls. It still tasted good though! I like that the grilled chicken came with onion too. 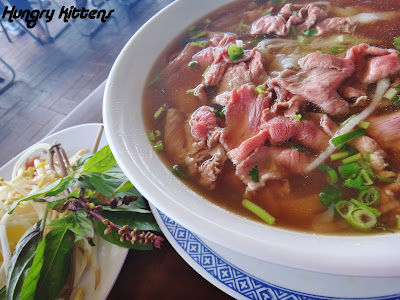 Next, we got the large serving of beef pho. They don't muck around when they say large. The bowl is massive and filled with soup, beef and noodles. We were sharing and it was still a challenge to finish. It was fairly good pho. I like that they didn't skimp out on beef. I mean, it's not the most amazing tender cut or anything but usually when I'm eating pho I don't give a bum. As long as it's not too tough it's OK. 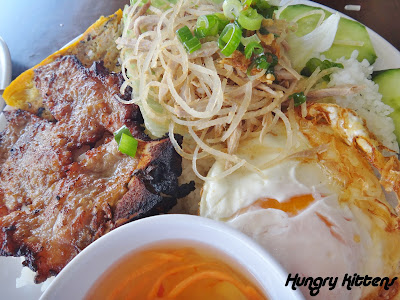 Our final dish (at which point we were realizing we'd probably ordered too much) was the combination pork on rice. It came with a yummy lemongrass marinated pork chop and various other things that I've tried at Vietnamese restaurants before but wouldn't be able to give you an accurate description of. There was some loafy thing and something shredded. And a fried egg. I like the pork chop best.

The appeal of Trang is that it supplies all the positives of an authentic Vietnamese eatery but you don't have to travel to Inala or Dara (or Sunnybank, since they do Chinese dishes too). The food is cheap, the menu is huge and the dishes themselves are big servings of delicious. While we were eating there, I noticed that the rest of the customers were mostly (if not all) Asians so that should be a fairly good indicator.