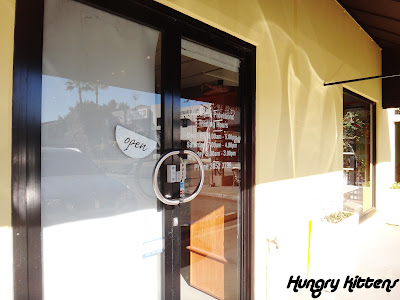 It was dad's birthday a couple of weeks ago. He's at that age, and has always been of the personality type to not make a fuss about any special occasion, his own birthdays included. We went out for lunch at Taste Gallery (updated review to come) and I thought I'd do my bit and bring a cake along. What's a birthday without cake? I did consider baking one but it had been the most insane week at work and in any case, transporting a cake over the 2 hour drive from Toowoomba to Brisbane has it's challenges. 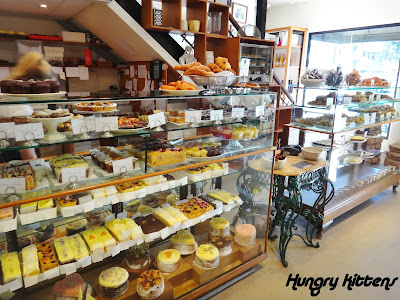 I went for the more practical alternative which was to purchase a cake instead. Jocelyn's Provisions has been almost like a myth to me. I'd heard of its reputation as an amazing bakery but never really looked into where it was or what the deal was. One weekend, I was having breakfast with Kat at Harveys and we happened to walk past it. That incepted Jocelyn's into my mind and on the first occasion I needed to buy baked goods for (dad's birthday was the one), it was the obvious choice. 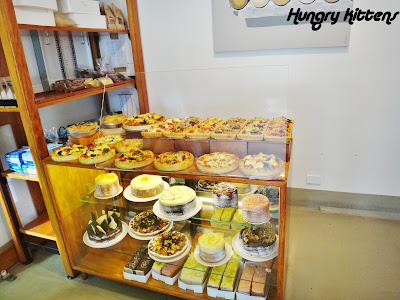 I drove there on a Saturday morning after a big night out. It was early in the day and I was disillusioned and thought it was Sunday (they open a wee bit later on Sundays) and also 'saw' but didn't 'SEE' their 'Open' sign, so I ended up getting breakfast at Jamie's Espresso Bar. It was a pleasant detour so in this instance, my stupidity seems to have benefited me.

When I finished breakfast, I realized Jocelyn's had been open all along. It's just a bit dark from the outside that's all. Also, I had been expecting a sit-down eating area but they truly are just a bakery so the only option is to buy and leave.

I spent some time enthralled by all the baked goods, and by the smell, of course. Bakeries are right up there as one of the most intoxicating scents in the world. You hear of the phrase 'a kid in a candy store', well that's me in bakeries. Or any food store, really.

I asked a lot of annoying questions "what flavor is this?" "what about this one?" "is this one different to that one" but the counter girl was reasonably friendly. She was probably thinking "why don't you just read the signs?" but I swear not all the products were labelled! Then again, it could have just been a continuation of my earlier blindness. 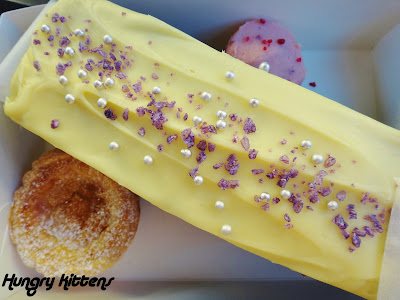 The cake I ended up settling with was the chocolate sour cream cake. I had read amazing reviews about this cake. It also looked stunning and elegant and was just the right size. Unable to resist, I picked up some other bits and pieces to give Marc to try for later. 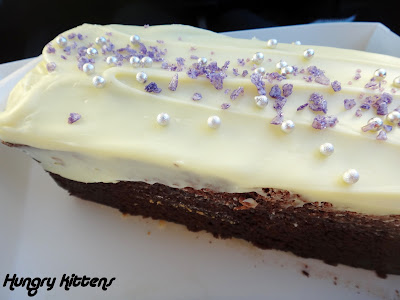 My parents and I had the cake after lunch. It was pretty good. The body of the cake was dense and moist but not overwhelmingly heavy like a mudcake. My mum and dad liked that it wasn't too sweet. 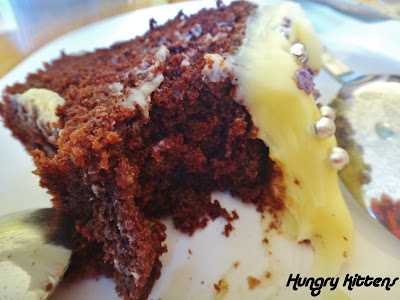 I enjoyed the icing most, which was smooth and thick and had a pleasant sour cream tang that went well with the chocolate. 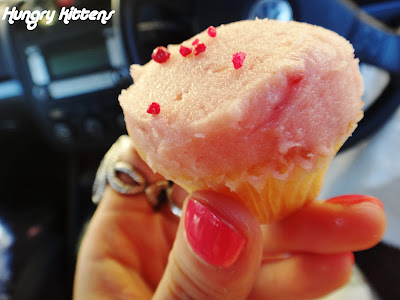 I later gathered Marc's feedback on the other items I'd picked up. He said the cupcake was good and that it tasted like most cupcakes only smaller. I suppose that make sense since essentially, that's what it was. I remember asking if it had flavor. Because the icing was pink, I thought maybe it was strawberry-flavored but he probably ate it too quickly to detect. 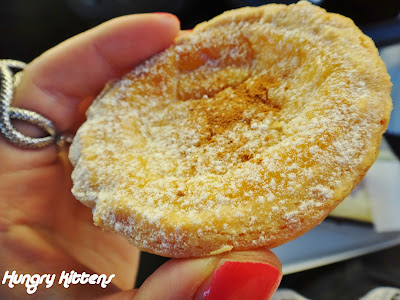 Marc did message me at some point in the day to say that the Portuguese tart was yummy. I'm not sure if he's ever had one before but egg custard set in flaky pastry is pretty hard to dislike. 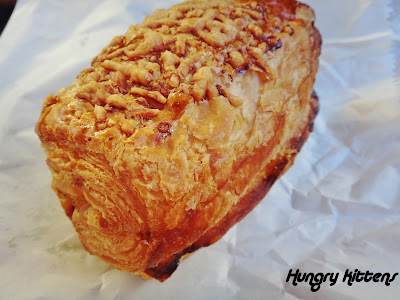 For completeness sake, I had picked up a savory item too, the cheese croissant. He didn't think much of this one. The feedback was that it was good but not significantly better than say, a supermarket croissant.

By the way, if it looks like the interior of a car is in the background of my photos, that's because I took them sitting in the parking lot after I purchased the goods. 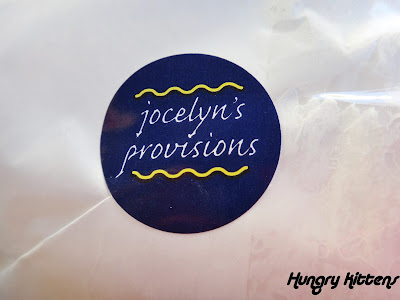 I had a great time picking things out at Jocelyn's Provisions. The cabinets and shelves are absolutely loaded with sweet and savory baked treats. For anyone short on time, this would be The Place to go to pick something up for a 'bring a plate of food' occasion. It would be nice if they had a little cafe area so we could enjoy the smaller cakes and things with a cup of coffee on site but that's me dreaming.