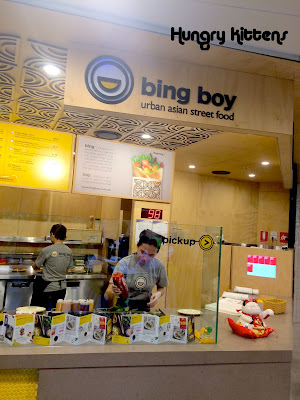 I heard about Bing Boy opening up in Post Office Square a while ago but didn't get the chance to check it out. From what I understand, they're looking to branch out as a franchise. I'm probably late to the party but better late than never so I figured I may as well review my experience, now that I finally got to try it. 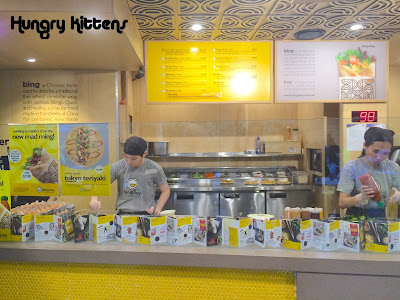 Jenny and I had a course in the city last week and we rushed out for lunch. She had tried Bing Boy previously and found them to be fairly authentic so I was eager for a taste.


I'll give you a bit of background information to paint the picture. Both Jenny and myself were born in mainland China. Amongst many other things we have in common, we share a love for Chinese street food. There's not many people with whom I can discuss the joy of freshly fried stinky tofu or cumin lamb skewers offered by oddly accented Chinese minorities, but Jenny "gets" it.

We had a few conversations praising jian bing (fried pancake) in the past. For those out of the loop, these are a kind of Chinese crepe that is made by expert street vendors right before your eyes. The one outside my grandma's alleyway works magic with the runny batter and manages to fold everything up with what looks like a paint scraper. I'm sure different parts of China, or even different vendors, would have different fillings on offer. In Shanghai, they pour the crepe mixture, spread it thin, crack an egg over it, spread some fermented bean paste and sprinkle on a combination of pork floss, chopped pickles, chili and coriander. The main filling can be anything from deep fried oil bread to pork crackling to crunchy crisp bread. It's this final item that adds substance and crunch to the whole thing. 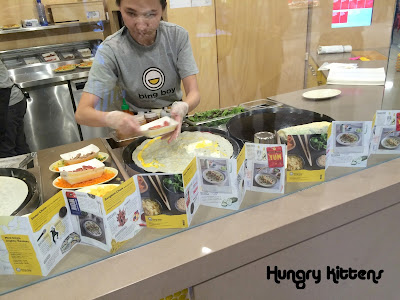 I was skeptical as to whether Bing Boy would make crepes of the same calibre but they exceeded my expectations. Like in China, you can watch your bing being cooked and constructed. The staff here don't have the same mesmerizing technique as the Chinese street vendors but they get the job done. The bing on offer include a more traditional version with pork floss and chili, as well as embellished flavours using duck, pork and chicken. 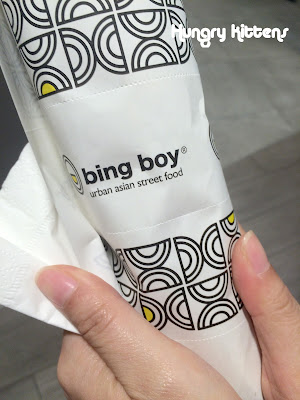 Jenny ordered the original Hey Bing Boy and I chose the Pretty in Peking to be different. There was a decent queue for Bing Boy and considering each crepe has to be cooked fresh, orders were churned out speedily enough. 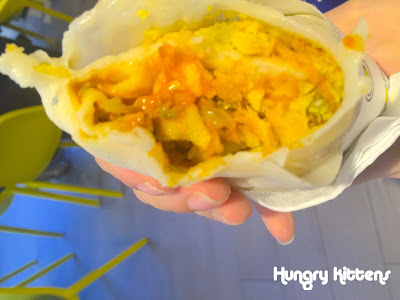 Our bing were wrapped in paper with handy rip sections to create access for biting. Jenny's Hey Boy Boy had a lot of crunchy wonton skin. She believes this is the most representative of authentic Chinese jian bing. We decided it wasn't the most well-rounded lunch option on the menu (crispy carb wrapped in carb) but sometime taste beats out common sense. 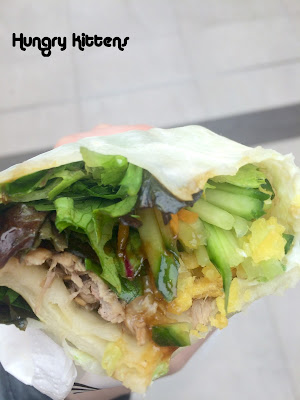 Bite shot of Pretty in Peking

My duck bing actually tasted surprisingly like Peking duck. Traditional Peking duck is served with thin pancakes, similar to the bing wrapper so it worked quite well. The duck wasn't anywhere near the same level as crispy, freshly sliced roast duck but for a weekday lunch it was perfectly adequate. I found the wrap to be very filling and the addition of fresh salad leaves made it feel like a balanced meal.

I'm glad that jian bing are getting recognition in Australia. I like that Bing Boy played with the idea to offer some different flavours. Depending on what you order it can be a very healthy and satisfying lunch option. I hope more shops do open up around Australia and I'm hopeful because judging by the popularity of the CBD store, they were very well-received.